Back in 2019, during an especially heated edition of Red Bull's Batalla de los Gallos in the Canary Islands (an annual rap battle event), Mexican freestyler Radper faced off against hometown hero Sara Socas in one of the tournament's buzziest matches. From the onset, Radper's barbs turned sexual in nature, making disparaging quips about his opponent's appearance and boasting about how Mexico had the prettiest girls in the world. As if triggering a volcanic eruption, Socas retorted that if the women in Mexico were so beautiful, “why do you keep letting them die?”, finishing the round to rapturous cheers from the crowd and her fellow MCs, including Radper. The clip went viral, with many praising Socas not only for taking control of the duel, but also putting a spotlight on the urgent matter of violence against women and Mexico's staggering femicide rates. However, despite the gratifying takedown, the tense interaction was ultimately symptomatic of the greater misogyny and boys club antics prevalent in hip-hop and the music industry as a whole.

Rap, hip-hop, freestyle, and other music born from the minds and experiences of marginalized communities have their genesis in social criticism, bringing attention to institutional shortcomings and systemic oppression. With the mainstreaming of hip-hop culture and an emergence of parallel genres like trap and reggaeton, political messages have been increasingly left out of chart topping bangers, relegated instead to more intellectually-branded artists. However, in a region as vast and diverse as Latin America, one of the most notable connective musical threads is how women, queer, and non-binary musicians are keeping the flames of dissent alive through music, especially in hip-hop and reggaeton. Reproductive rights, anti-colonialism, anti-racism, sexual, and gender diversity have become priority for a generation of artists narrating the seldom heard context of their lives for homegrown audiences and the world.

“Writing about these movements was organic and intuitive,” says Sara Hebe, a beloved Argentine rapper known for her acerbic feminist bars and booming, anthemic productions. “I write about what's going on around me. Feminist and trans-feminist movements, watching my sisters hard at work trying to get legislation passed, seeing my mother and her co-workers protesting injustice in the workplace. The best way I can support is from the stage, using my platform to draw attention to these conversations.”

“It's wonderful how in Argentina abortion rights were secured through the work of so many women,” she adds. “But [we're speaking on] the 28th of September, the global day of action for abortion access, and I'm currently in Bolivia where a massive protest is being held. It's an important reminder that here and in so many other places there is still much to do before gaining the freedom to decide about our own bodies.”

“In Latin America, feminism is a way of saving each other's lives,” says Rebeca Lane, the Guatemalan rapper and activist behind galvanizing feminist battle cries such as “Ni Una Menos” and “Libre, Atrevida y Loca.” “This isn't about wearing a t-shirt or a pink hat, or protesting on March 8th and posting it on social media; it's about surviving violent relationships, building alliances with other women, and uniting publicly and politically against femicide.”

Lane observes key differences in how feminism is interpreted and mobilized in the United States and Europe versus in the global South, contrasting capitalist ideas of equality against a fierce instinct for survival. Latin America's headline-making women's movement has banded together to demand essential access to healthcare and accountability from state institutions upholding patriarchal structures that perpetuate violence against women and impunity for their aggressors. Throughout her work, Lane has put a spotlight on a plethora of challenges faced by Central American women, everywhere from growing up in war-stricken countries to the erasure of indigenous peoples.

“When I started making music, I felt I needed to be vocal about my experiences as a woman in Central America,” she reflects. “Our territory has been through so many wars, we intersect with dynamics other than womanhood. If you're making conscientious music or activist art, it needs to have an active element of anti-racism.” Even then, Lane — who is mestiza of K'iche' ancestry — insists on ceding the podium to artists from indigenous communities like Sara Curruchich, with whom she collaborated on the song “Kixampe.” When agitated fans expressed they couldn't understand Curruchich's verses, performed in Guatemala's Kaqchikel language, Lane diagnosed a greater cultural disconnection. “It's not just a song,” she says. “These people are speaking and we don't hear them. Rather than complaining you don't understand, why not ask how you can learn?”

Central American rappers like Costa Rica's Nakury and Honduras' Queen Kartel have each respectively brought attention to the protection of indigenous land rights and visibility to underrepresented Garifuna communities. Up in Mexico, Zapotec rapper Mare Advertencia Lirika captured the dire horrors of disappeared Oaxacan women across songs such as “Se Busca” and “Ausencia.” And hip-hop icon Ana Tijoux has long condemned the oppression of Chile's Mapuche people, even spotlighting up and coming rapper MC Millaray on last year's revolutionary meditation, “Rebelión de Octubre.”

“I consider my music revolutionary and de-colonial,” declares Puerto Rican agitator Villano Antillano, a trans, non-binary (she / they) trap star melding provocative sexuality with lethal and profoundly political bars. “I am a colonized person and live on a colony. I didn't realize until I became an adult that I could be sovereign over my own body because my country isn't. I also identify as 'trans-maricona.' Despite all the negative connotations that word can have in Puerto Rico and the Caribbean, to me it's synonymous with family, with resistance, with community, with kinship.”

Villano Antillano made waves with her 2019 debut EP Tiranía and 2020's Ketaprincesa, as well as stylized videos for singles “Pájara” and “Muñeca,” and an outrageously explicit remix of Cardi B and Megan Thee Stallion's “WAP,” available only on her Instagram TV. The buzz behind her became such she received a co-sign from Latin trap godfather Arcangel, and was even invited onto influential trap and reggaeton channel Rapetón for an interview; in both cases defying the overt masculinity pervasive in música urbana. She is also quick to give props to the trailblazing women of color, sex workers and fellow trans performers of the island such as MaríaJosé who've kicked opened doors for her and the community at large.

“I'll never forget the summer of 2019, when we threw [former Governor] Ricardo Rosselló out of office,” she says, reminiscing on the island-wide protests that drew millions of supporters and global super stars Bad Bunny and Ricky Martin. “That summer brought Puerto Ricans together and I remember seeing two new flags waving in the San Juan City Hall shortly after; a rainbow flag and a trans flag. That was after a perreo combativo on the steps of the cathedral. The people who led this movement, taking rubber bullets and pepper spray, were black women and queer people. We're the ones who always show up.”

Villano Antillano highlights the inherently-politicized power of reggaeton; a genre with a long history of criminalization and censorship from authorities, particularly targeting its black originators. Argentine rapper and reggaetonera Chocolate Remix has repeatedly used the medium to lampoon homophobia and moral righteousness on popular cuts “Bien Bow” and “¿Quién Sos?” Meanwhile, Chile's Tomasa del Real and her Neoperreo parties-turned-label ushered a new age of underground reggaeton; welcoming partygoers of all identities and walks of life for safe, egalitarian dance floor throwdowns.

Even in the diaspora, women and queer artists are leading introspective conversations about how rap can move forward and cultivate new avenues for fresh music and respectful dialogue. “I know that I'm able to enter spaces where a lot of this is new, but I'm here to take up space,” says Portland-based rapper Karma Rivera. “If I have to educate, I'm going to do just that. And if I have to do it through my music, then so be it. One of the struggles of living in the Pacific Northwest is finding your tribe, and I didn't find my people until I was in college, both in music and the LGBTQ+ community.”

Rivera has developed her own style of incisive bars and malevolent club-friendly beats, executed to perfection on “Kissy Face (Freestyle)” and “Got Me Hot.” She's also delved into reggaeton and cumbia on the swaggering “Can't Trust” and “Down 2 Ride,” the latter an explosive collaboration with Sávila and Reyna Tropical's Fabi Reyna. Born and raised on Chicago's south side, Rivera grew up in a household where her Puerto Rican heritage was constantly exulted.

“In my house we're proud of who we are,” she muses excitedly. “My grandmother is [Afro-Latina], from the island, and she made sure we were exposed to our African ancestry playing records by Celia Cruz and La Lupe. I think that's why I'm building myself a sonic aesthetic that isn't traditional rap. I can spaz on a reggaeton beat. I can get on a Latin trap song. So I can take all these sounds and mix them with my style of rapping to create something different that people can appreciate.”

Afro-Latinas have played a pivotal role in the development and expansion of Latin American rap, everywhere from the foundational groundwork of Ivy Queen to a new generation of conscientious poets and educators including the Dominican Republic's Amara la Negra, Colombia's Cynthia Montaño, Peru's Yanna, and Cuba's La Dame Blanche. On a continental level, the contributions of all these artists cannot be understated as the conversation continues. In fact, while often omitted, women are the past, present and future of rap, hip-hop, and reggaeton. If you're just finding out, welcome to the party. 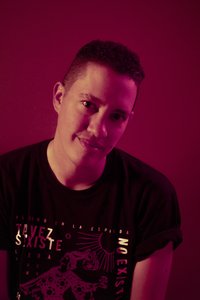 Richard Villegas is a Mexico City-based music journalist covering independent music from across Latin America and the diaspora. He is also the co-creator, host, and producer of the Songmess Podcast. 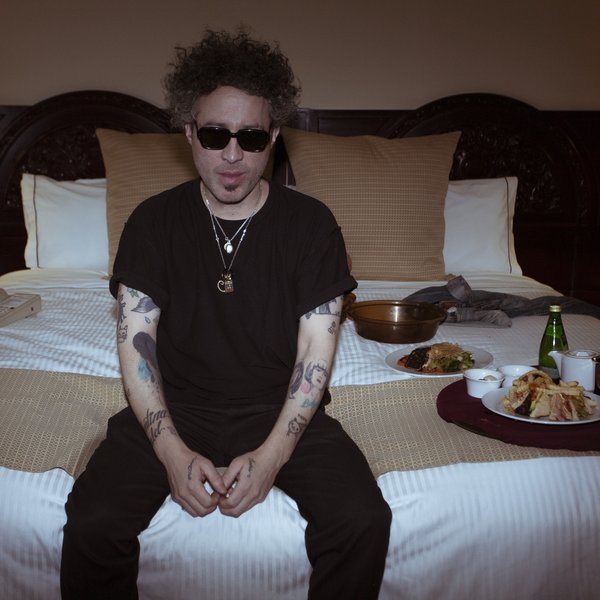 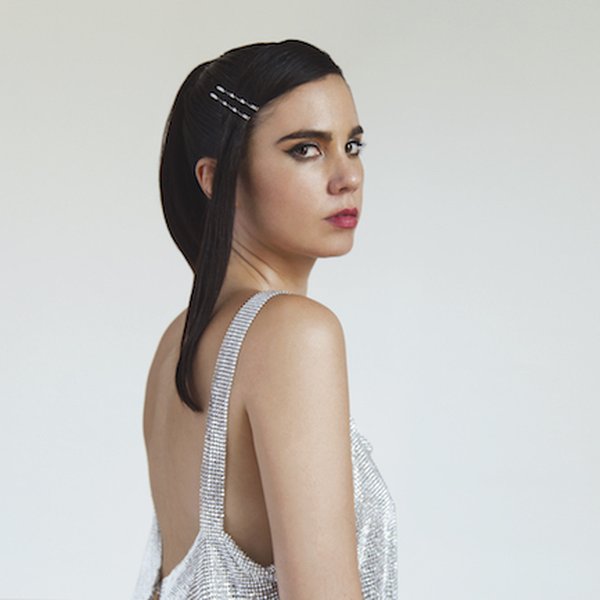 The Southamerican queen of electro-pop to talk about the new songs, the obstacles in the pandemic era around making an album, and the "classic" elements of Madrid vs. the "spiritual" energy of Santiago that she mixes very well into her personal cauldron when it comes to making music.