In the 13 years since his band barnstormed the mainland United States with its sloshed and stunning set of delightfully nasty garage-rock, AJ Dávila has proven to be one of music’s most far-reaching pop shapeshifters. Driven by crafting the kinds of songs people want to dance and sing along to, the Puerto Rican-born, Mexico City-based singer/songwriter’s magnanimous presence has burrowed into hours upon hours of music; more music than it would take to absorb in one listen. Thankfully, dear reader, you have me as your humble correspondent on all things garage-rock, ready to offer my Cliffs Notes on the talented, prolific musician who took off from that world to become a pop music jack of all trades.

Without much more preamble, here’s what you need to know if you want to bluff your way through a conversation on a diamond-in-the-rough master of songcraft.

The origins of Dávila 666 were not forged in some mythical Puerto Rican rock scene, secret and safe from American audiences. Some sea of smelly, cutoff denim vests with patches of Latin American hardcore bands lost to the sands of time. Some packed warehouse littered with beer cans and blown rolling papers. Founders Carlos and AJ Dávila — brothers but not actually brothers, sharing an invented surname a la the Ramones — actually first made rap music together. “Dirty rap,” said Carlos to L.A. Record. Carlos moved on wanting to start a rock ‘n roll band (inspired partly by his time living in Seattle and working at a record store with Erin Wood of the Spits) and asked AJ to write music with him. And so went the birth of the near-epochal garage-punk band.

Dávila 666’s rise to garage-rock cult pseudo-celebrity status began in a way that seems arcane in an age where bands can barely get their foot in the door of a label office without Bandcamp downloads and streaming numbers and proven drawing power at mid-size rock clubs. They pressed up CDs and sold their demos on the street. The ruckus their live shows caused inspired a wildfire of word-of-mouth testimonials in Puerto Rico. When they toured around the continental United States, Larry Hardy — of the famed record label In the Red — caught one of their gigs. By the time In the Red released Dávila 666’s self-titled debut, garage-rock was experiencing yet another surge in popularity and the label was more or less at its epicenter. Again.

Dávila 666 is so long on catchy party songs that it breezes right through its 46-minute runtime, serving up southern-fried punk-rock (opener “El Lobo”), digging for golden Nuggets (“Basura”), leading blasé singalongs (“Bla Bla Bla”), making good on their self-description as “Menudo on a lot of drugs” (“Dimelo Ya”), and delivering sparkling, romantic ballads (“Tu”). And that’s only the first third of the album.

The Dávilas prove themselves long on charm and low on polish in the grooves of their self-titled salvo, delivering remarkably great tunes to varying degrees of audio fidelity on songs like “Oh Baby,” “No Puedo Ver,” and “Nueva Localización.” And just try to to stop yourself from singing “No Quiero” while spelunking in your fridge for more beer, regardless of your grasp on its lyrics.

A soulful bent guides the songs on the straightforwardly titled 12” EP; Motown and Stax warped into Dávila 666’s whole “wearing the same beer soaked clothes for five days straight” aura. While most of the songs are steeped in R&B romanticism and flair — like the one-two step of “Ohhh” and “Dos o Tres” — “Mariel” is the country-tinged wrench tightening bolts on a steel-bodied pickup truck and thrown in the engine. “La Killer B*tch,” one of the band’s most popular songs, rollicks like the bands Elvis stole the soul from or a version of the Black Lips you won’t feel gross for listening to.

Tan Bajo opens with an ambient spate of what sounds like woodwinds, with a man warbling an acapella ballad in Spanish underneath, somewhere in the distance both physically and spiritually. The man was AJ Dávila’s grandfather, drunkenly interpolating a melancholy song about loneliness. The album’s title track conveys the message of Tan Bajo expertly, which translates to “so low.”

Garage-rock is about a freewheeling, chaotic feeling. It’s about unfolding your arms and uncradling your beer; just chug that shit, get off your ass, and go wild to the music. Though there are plenty of great lyricists working in the form — like Lars Finberg, most notably of the Intelligence — there are hardly important messages or stories being conveyed. Unless you’re one of those garage scene devotees who pretend to know what Thee Oh Sees’ songs are about, it probably doesn’t matter to you what’s being sung in garage-rock songs (within the bounds of human decency, of course).

Which is why it’s a little weird whenever a (usually white) garage-rock writer would bring up the language barrier between Dávila 666 tunes and their sizable fanbase in the continental States. The band’s members have said their songs are in Spanish partly because you don’t need to know the lyrics to enjoy the songs (garage-rock essentially being party music, after all), partly because in Puerto Rico, most of the young people who devour American music only speak Spanish anyway, and partly because Spanish is their primary language; the language their thoughts are broadcast in.

Dávila 666 came back for their second LP a much tighter band, touring relentlessly and determined — three weeks before the album’s deadline, but still determined nonetheless — to turn in an effort they felt was superior to Dávila 666. And the songs are certainly more polished (and mixed way better), capturing the gift for melody the band gained such a reputation for.

The band also tried new sonic tricks, swiping from the cherry trees of Jesus and Mary Chain (“Si Me Vez”) and 13th Floor Elevators (“Robocuna”) while diving deeper into blitzkrieg bop (“Mala,” “Patitas”) and still retaining their ability to give birth to earworms like “Los Cruces,” “Yo Seria Otro,” “Noche de Terror,” with a little splash of the Ronettes on “De Verdad” for good measure.

The one thing you need to know about this extremely well-regarded three-song single release is that guitarist Johnny Otis Dávila fucking shreds on it. It bangs.

In 2011, Dávila 666 quietly went on hiatus, splintering the band in several directions. Different pairings, different groups, different styles. Psych-pop, a return to hip-hop for Carlos/Sir Charles. Soon enough, AJ returned with a solo album so good he decided to name his backing band after it. Terror Amor (the album) is heavy on collaborators and cleverly articulates the breadth of AJ’s range as a songwriter. “Lo Que No Sera” is lightly tinged with new wave in a way that is immediately reminiscent of San Diego’s Crocodiles, “Espina Dorsal” corrals lo-fi noise and psychedelic undertones like the best of the home recording svengalis of then-recent vintage. Also of note is “2333,” which sounds like someone from the 2010s covering someone from the 1980s covering someone from the 1950s.

Beibi, the 2014 full-length from AJ Dávila y Terror Amor (the band), is out of print and not streaming — same for Dávila 666’s outstanding early singles collection, Poco Años, Muchos Daños — as both LPs were released on the now-defunct Burger Records. Both albums were released the same day, which makes perfect sense as Beibi manages to capture the same filthy presence as the best 666 cuts, with the added element of prevalent psychedelic influence. (Think Thee Oh Sees’ OG lineup recording Warm Slime on a Tascam.)

Much in line with my mentioning of Crocodiles in relation to Terror Amor (the album), El Futuro — meaning “the future,” easy translation — bears a heavy spiritual kinship to the Southern California band, due in no small part to their collaboration with Dávila here. The Crocodiles influence is clear, as clear as Sergio Acosta’s crystalline production, as AJ powers through a half-hour of twilit post-punk powered by PMA in the face of abject darkness.“SS Youth,” with its themes of complacency in the face of encroaching fascism, and self-love anthem “Beautiful” are sung partly in English — and Dávila even digs up his hip-hop past here by enlisting Fat Tony to contribute vocals to “Hoes Seeking the Ghost.”

In 2019, AJ told Suzy Exposito of Rolling Stone the beast needed to be awakened.

After spending most of the decade leading separate lives, Dávila 666 reconvened to tour — which was by most firsthand accounts an incredible success — and releasing a new single on In the Red titled “Huesos Viejos,” as fist-swinging an barnburner as any the Dávilas have written. Back when they went on hiatus, the band had an album’s worth of material nearly finished, and there were rumblings Que Viva El Veneno would be released soon after their triumphant reunion tour. And still we wait. Though a solo artist by name, AJ Dávila inherently has a collaborative spirit. Much like his past solo efforts, El Mar takes a village to see to its upbringing, including past collaborators like Crocodiles and new ones like burgeoning garage-pop sensation Kate Clover and haunting singer/songwriter Marion Raw. AJ’s third album since setting course away from Dávila 666 is his most assured and dynamic album yet, begging for radio airplay — ahem, I guess that’s us — and soundtracking languid, stoned hangouts by the sea (another easy title translation). Its title track alone sounds ideal for TV placement, all airy backing vocals and indelible song structure.

Chock-full of would-be hits, El Mar begins with a folky singalong in “Superstar,” closes in damn near arena-rock fashion with “Dos de Lado,” and crams in indie dance tunes (“Always Something”), Sunset Strip cruisers (“LA Baby”), and even a guest rap verse on “Busca” for good measure. It seems like world domination is the next phase of transition for a songwriter who has lived several lives in his extensive musical journey. 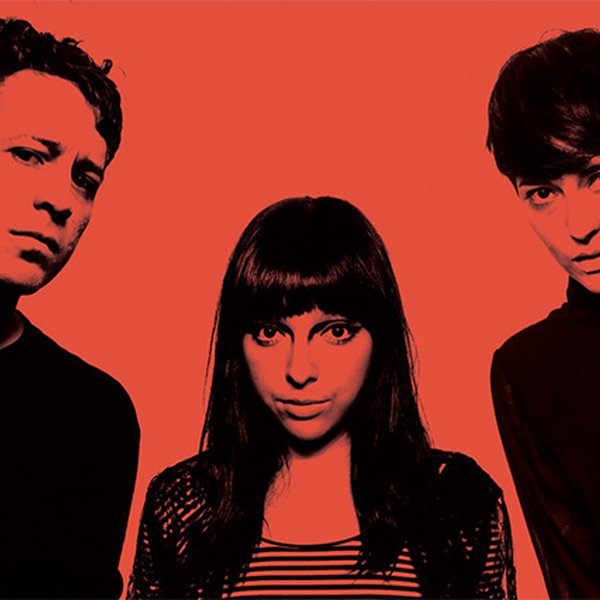