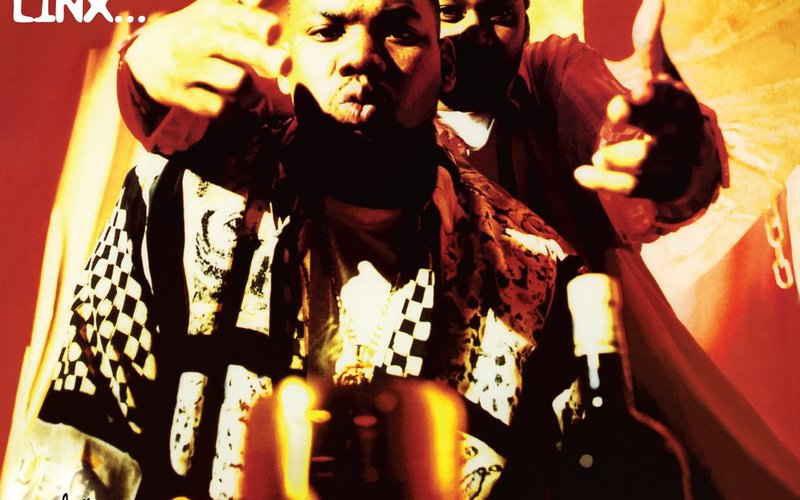 As KEXP celebrates its 50th anniversary, we're looking back at the last half-century of music. Each week in 2022, KEXP pays homage to a different year and our writers are commemorating with one song from that year that resonates with them. This week as we celebrate 1995, Martin Douglas writes about the thrill of being a young hip-hop fan listening to Raekwon's legendary "Purple Tape" and why Wu-Tang Clan are the Beatles of their generation.

Wu-Tang Clan is my generation’s equivalent to the Beatles.

I know that might be borderline sacreligious to some of you, but hear me out. Wu-Tang innovated an entire style of music. The RZA, the group’s producer and de-facto leader, made many innocuous samples sound grim, sinister, and weird. The collective bent language to their will and created slang people still use nearly three decades later. The elements of rap music were flipped to create a sound no one had ever heard before.

Wu-Tang might be the most critically acclaimed rap group of all-time. The only other one I can think of that even comes close is Outkast. They’ve been the subject of books, documentaries, and have even received the biopic treatment on the Hulu series Wu-Tang: An American Saga. Their approach has inspired several generations of young musicians, and not just rappers.

Plus, Wu-Tang had nine members to the Beatles’ four, making them twice as good on a purely statistical basis.

Not only did Wu-Tang originate a new style of hip-hop music, they were pioneers of all aspects of the culture. The nine members of Wu-Tang Clan turned kung-fu movies into an allegory for living in the most economically depressed neighborhoods of Staten Island, New York. And that logo! You know it even if you don’t know a thing about Clarks Wallabees or kung-fu classic The Five Deadly Venoms. It’s a “W” that looks like a bird drawn by Salvador Dali. As recognizable as the New York Yankees logo or the Volkswagen symbol.

The Wu also upended the perception of brands like Tommy Hilfiger and Nautica, lifting them from their status as prep school and yacht club favorites to must-have streetwear. The reason I received a purple and gold Hilfiger rugby shirt for Christmas in 1995 can be directly attributed to their influence.

Wu-Tang Clan, particularly founding member Raekwon the Chef, retrofitted the dangerous allure of mafia movies to reflect the lives of Black American drug dealers, the first sign of glamor and financial prosperity many kids from the ‘hood see in person. Kids like me.

I wasn’t even a teenager when the infamous “Purple Tape” hit the streets. Only Built 4 Cuban Linx was packaged in purple-tinted cassettes to distinguish itself from the marketplace. It was the first solo album from Raekwon, who was inspired to use this creative packaging by his tenure in the crack-cocaine trade. You see, your customers remembered your product better if they remembered how it was packaged.

Look, I’m not going to pretend I was a little knucklehead running the streets. I was an introverted bookworm, even more introverted than I am today. But I found an identification in the music in Wu-Tang that turned me into a rap obsessive and student instead of just a casual fan. While a lot of equally bookish Black kids in my generation gravitated toward groups like A Tribe Called Quest, I found the imagination of Wu-Tang’s music and the grimness of their lyrics appropriate to the world I lived in. The crack dealers in my neighborhood knew who I was because they were selling their product to my biological mother. My Super Soaker was filled with watered-down bleach so I wouldn’t get jumped by a group of neighborhood kids.

Ultimately, I knew the smell of piss in public housing lobbies and seeing white dudes getting robbed on basketball courts better than the feeling of losing my wallet in El Segundo. Wu-Tang’s influence hit a lot of young people growing up in the shadow of the failed “War on Drugs.”

Going back to Wu-Tang’s marketing savvy, the group struck a deal with Loud Records where each member was allowed to pursue a solo deal on any label they wished. Thus, they were able to flood the airwaves with label support all over the map. After the success of solo albums from Method Man and Ol’ Dirty Bastard, Raekwon’s Only Built 4 Cuban Linx was next on the release schedule. It would raise the standard for every rap album that came after.

This is a good place to note Cuban Linx was a solo album only by name. Though Raekwon is featured front and center on the cover underneath a thick cloud of smoke, right behind him is fellow Wu member Ghostface Killah. Ghostface appears on fourteen of the album’s eighteen tracks, and even gets a solo spotlight on “Wisdom Body.”

Ghostface is billed as a “co-star” on the album, which feels like mythologizing until you realize the album is as much a masterpiece of cinema as much as it is music.

The main narrative of Only Built 4 Cuban Linx is easy to follow. It begins with Raekwon and Ghostface planning one last heist. It ends with Rae successfully bowing out of the crime world, his mind heavy with grief and psychological scars. But the story that gives the album its basic structure is merely a platform for the free-associative mastery Rae and Ghost have now been doing for decades.

Images on Only Built 4 Cuban Linx reveal themselves in rapid bursts like Martin Scorcese at his most nervous. The politics of the drug trade are spelled out. Vigilance is compared to ‘60s spy comedy Get Smart. Rivals are thrown from airplanes in flight! Julio Iglesias serves as the measuring stick for financial prosperity. In a moment of clarity for Ghostface after an attempt on his life, he laments he should have stayed in Job Corps.

On the spoken word interludes, some are delivered like movie scenes — complete with gunshot sound effects lifted from Westerns — and others feel like two friends smoking blunts and talking smack in the living room. Without a musical backdrop, Ghostface offers a tutorial on how to perfectly dye a pair of Wallabees before the chaos of “Glaciers of Ice” hits. Elsewhere, he and Raekwon throw shade at their one-time rivals at Bad Boy Records.

Adding to the cinematic flair, portions of audio from the 1989 John Woo cult classic The Killer were used on Only Built 4 Cuban Linx. Woo was reportedly honored RZA included his film as part of the production. The director would refuse to accept payment from RZA for sampling The Killer, and the two would later forge a close friendship.

Early Wu-Tang albums were truly collective efforts, with various members hopping on each other’s songs at random. Only Built 4 Cuban Linx established Raekwon and Ghostface Killah as the group’s only duo. Formally, but still not exactly by name. But Rae establishes himself as a formidable presence on the mic when he steps into the spotlight alone.

“Incarcerated Scarfaces” was originally a b-side for the obvious hit single from Only Built 4 Cuban Linx, “Ice Cream.” But on the strength of Raekwon’s iconic performance and RZA’s minimal, menacing sample on top of an instantly recognizable breakbeat, it became one of the album’s signature songs. It even received MTV airplay, featuring a visual with Rae rhyming on rooftops alongside his clansmen and smoking blunts in tagged up elevators.

For all his narrative gifts, “Incarcerated Scarfaces” features the simple joy of Raekwon getting some bars off. Rapping for the sake of rapping. Not to tell a story or to convey a mood, at least not in the traditional sense. Instead, in the tradition of great rap verses since time immemorial, Rae flits from one subject to the next in rapid succession, his depth of slang not only inviting but demanding repeat listens.

On “Incarcerated Scarfaces,” Raekwon documents his rise from the staircase to the stage with an observant eye and his penchant for impenetrable slang. He speaks on the futility of Black men being able to catch a cab in New York. Broken elevators. Manhattan police flooding Staten Island streets. Another quick shot at Bad Boy Records by saying their preferred brand of champagne tastes like vomit. A crucial shout out to Connecticut. Very much a product of its time, the song reminds me of a time where having a 27-inch TV screen was a wild flex.

Essentially, “Incarcerated Scarfaces” served as the immaculate conception of thousands of rappers between 1995 and today. I hear traces of Raekwon’s writing style in a lot of the great rap music I listen to today. The percussive lyrical meter, the grit, the thrilling menace, the poetic tinkering with imagery. The Beatles might have written a song called “Happiness is a Warm Gun,” but none of its members ever had the audacity to rob someone of their gold rings and Wallabees on one of their most influential singles. I rest my case. 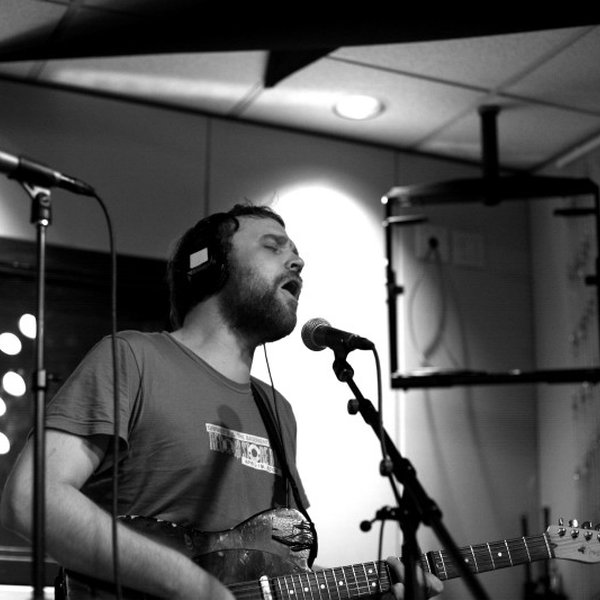 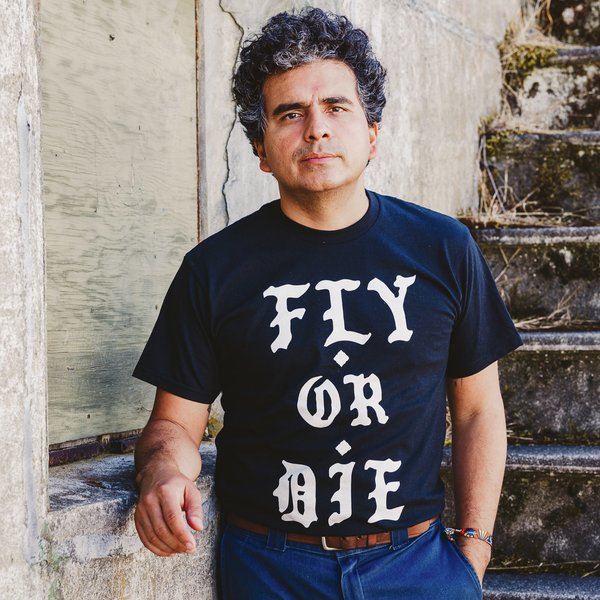 Each week, we’re picking a year from the last half-century to remember that moment in music. This week, we’re celebrating the year 2019. KEXP’s Dusty Henry reflects on how Helado Negro’s “Two Lucky” guided him through grief and new beginnings. 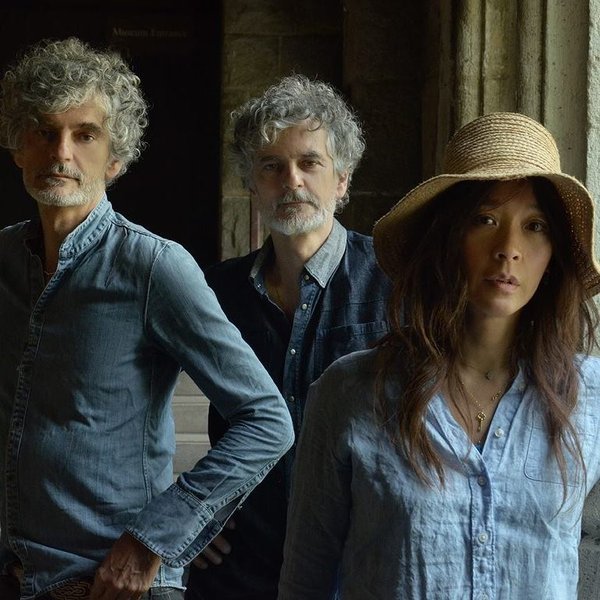 KEXP is celebrating our 50th anniversary this year, and we're looking back at the last half-century of music. Each week, KEXP pays homage to a different year. This week, KEXP's Janice Headley looks back at the Blonde Redhead song "Equus" and the life-threatening accident that inspired it.