Throwaway Style is a monthly column dedicated to examining all aspects of the Northwest music scene. Whether it’s a new artist making waves, headlines affecting local talent, or reflecting on some of the music that’s been a foundation in our region; this space celebrates everything happening in the Northwest region, (mostly) the first Thursday of every new month on KEXP.org.

Two songwriters with distinct styles. A debut album that features those songwriters trading off frontperson duties and creating a no-skips classic record that instantly put them in the pantheon of the better-regarded bands of their generation. Am I referring to the Beatles? This is a Pacific Northwest music column, so probably not. But has this band weathered their fair share of Lennon/McCartney references (alternating between fairly cromulent and totally egregious) since their full-length debut for Sub Pop capitalized on the breathless hype from their first handful of self-titled EPs? Absolutely.

The RMS Queen Mary was an ocean liner that sailed back and forth across the Atlantic Ocean for decades before retiring in 1967 and being moored in port on Long Beach. A famous tourist attraction complete with a hotel, museum, and a bevy of restaurants, it finally closed in 2020 after years of disrepair and the COVID-19 pandemic.

Legend has it a certain group of nice British Columbian boys were once kicked off the ship for staging a “violent séance” and breaking a ballroom door off its hinges. Wolf Parade’s debut album's title is a sorry and a shrug to the attraction, proverbial tongue planted firmly in cheek. The RMS Queen Mary is otherwise unmentioned throughout Apologies to the Queen Mary; a total inside joke unless the anecdotes about them trying to summon ghosts aren’t rock star myth-making bullshit.

Not that Apologies to the Queen Mary touches the margins of album-length narrative—and how could it be with two such different songwriters?—but there are a few thematic threads tying the LP together. Particularly the ghosts of family trauma and ghosts in the very literal sense. Why am I writing about a band endlessly lumped in with Montreal’s ballyhooed mid-’00s indie rock scene? Well, in part because most of Wolf Parade’s members (including principal songwriters Dan Boeckner and Spencer Krug) grew up in the province on Canada’s west coast. In part because the bulk of Apologies to the Queen Mary was produced by Issac Brock and recorded mostly in Portland. And this month, the band will embark on a short Northwest tour playing their still-startlingly great debut album in full with its original lineup.

Are those enough loopholes for you?

To be absolutely sure of its production merit, the Modest Mouse style is prevalent on Apologies; discursive instrumental passages, drums that sound like they’re coming from the far end of an industrial storage locker. I’d like to say that’s where the comparisons stop, but nearly everything written about Wolf Parade back in 2005 ties these two bands together—as erroneously as the allusions to its members being native to Montreal as a somewhat desperate attempt to link them to the era’s indie band of the moment, the Arcade Fire. (Other press attached them to the challenging, somewhat pretentious, and largely forgotten Montreal band Frog Eyes, which is miles closer to reality.)

The crashing drums and Spencer Krug’s half-sinister, half-campy keyboard line open Apologies to the Queen Mary with Krug’s indelible “You Are a Runner and I am My Father’s Son,” featuring its typically impressionistic/cryptic writing style exploring an age-old dynamic of tension. Same for the slow-burning, atmospheric, seven-and-a-half-minute-long ballad “Dinner Bells,” which presages Krug’s now-well-known penchant for crafting lengthy epics. A songwriting dichotomy has cropped up often when discussing the songwriter approaches of Krug and Dan Boeckner; that of David Bowie vs. Bruce Springsteen. While Krug’s compositions are long on glammy arpeggios and often fantastical metaphors, Boeckner’s songs are usually refreshingly straightforward (musically if not always lyrically), like the acoustic-driven stomper “Modern World.” The waltz of “Same Ghost Every Night” explores grief (many of Boeckner’s offerings were reportedly written after his mother passed away) before it leads to a thrilling climax. It’s followed up immediately by “Shine a Light” and its endless Springsteen comparisons (which are brought back in spades on “It’s a Curse”).

Krug’s “Fancy Claps” is a sprint that fully exemplifies the controlled chaos of Wolf Parade was often so good at cultivating, and for all the warranted discussion of their principal songwriters, Arlen Thompson on drums and the various electronic sounds provided by Hadji Bakara shaped these works into engaging, even thrilling songs. Like how the Holland-Dozier-Holland-esque swing and shuffle of “Dear Sons and Daughters of Hungry Ghosts” makes way for Krug’s immortal line, “God doesn’t always have the best goddamn plans.” Which itself makes way for the truly anthemic “I’ll Believe in Anything,” capturing a physical pulse and emotional high that puts it in the running for generational theme song status.

The memorable closing track of Apologies, the Boeckner-penned “This Heart’s on Fire,” serves as the hopeful high note to end such a remarkable piece of work. Sometimes we rock and roll. Sometimes we stay at home. Sometimes we grieve our mothers who have passed on toward whatever happens to us after this life expires. Sometimes we repeat to ourselves, “It’s getting better all the time” in order to crawl out of a hole twenty miles deep.

Of course, as with most retrospective reviews, we know how the story goes. Wolf Parade puts out a few more albums, goes on hiatus, and reunites. Boeckner and Krug form other bands to varying degrees of artistic and spiritual success; most notably the former fronting the pretty good Handsome Furs and the latter writing songs for the downright heroic Sunset Rubdown.

But Apologies to the Queen Mary still stands as the calling card for all the musicians who participate in Wolf Parade, truly one of the best indie rock records of its generation. If you grew up anywhere close to the generation I’m a part of, you’re old enough to remember when the genre known as indie rock wasn’t too far removed from punk music. When the groups featured in Our Band Could Be Your Life were your equivalent to the characters in history’s most enduring literary text, the Bible. When zines still existed and pitchforks were more associated with bales of hay than numerical scores. I don’t know how old the members of Bellingham quartet Careen are, I’m going to take a wild guess and say none of them could be categorized as “geriatric millennials.”

Yet still, music serves as the great unifier between generations, as the band’s aesthetic touchstones resemble random selections from my personal record collection or a year-end list from The Rocket. Sub Pop 100 and Fake Train (or even self-titled)-era Unwound; SST, very early Kill Rock Stars, hints of Touch and Go. From the bent first notes of opener “In the Light Of” to the maelstrom coda of incredible eight-minute closer “Longest Piss,” Careen Love Health — their third EP since 2020 — utilizes the growling, grouchy sounds of punk/college/indie rock to startling effect, drenched in fuzz pedals and punctuated by spoken, barked, and shouted vocals.

“Spit Choke” carries the grimy allure of pre-grunge Seattle, while “Swallow” combines windy guitar lines, almost-melodic feedback, and voice message snippets like any post-hardcore band worth their weight in tube amps. The unsettling lack of volume of “Unalloyed” evoke just how much Modest Mouse were influenced by Pacific Northwest post-hardcore. It has been a while since a band from the region came from completely outside my radar and gripped me this hard; Careen is exactly the type of Northwest band — presently and historically — I would recommend to people looking for something that exemplifies the sound of the region. Wet and somewhat bleak, but thrilling all the same.

News: Freakout Has Announced the Lineup for Their 10th Annual Festival, and It’s Predictably Great 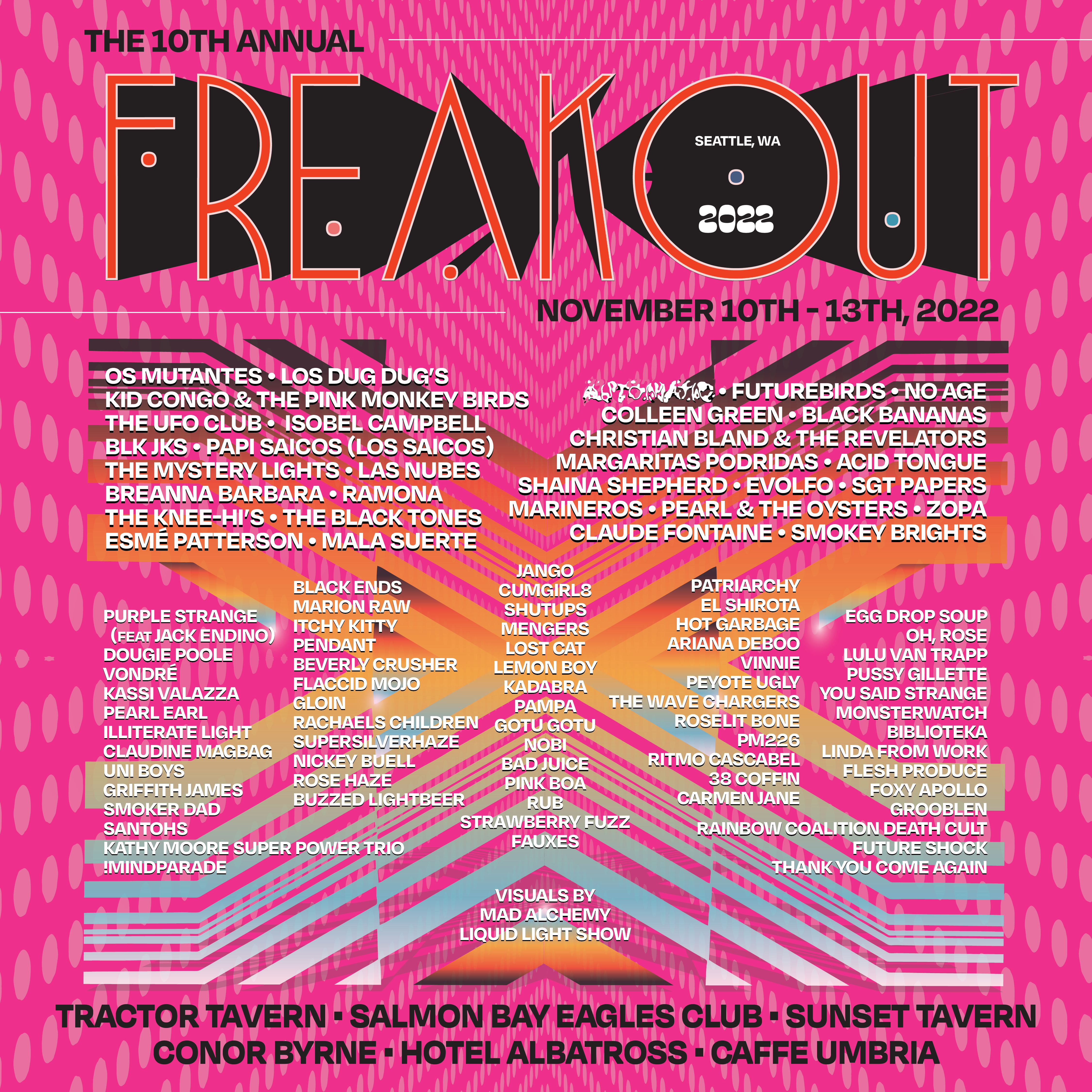 Now that it’s July and summer in Seattle has officially started in earnest, allow me to alarm you by letting you know fall is right around the corner. Fret not, those of you who have finally broken out your shorts and put your jackets in the closet: Fall also means the return of arguably Seattle’s best music festival and the only great music festival that happens in November! Freakout Festival will be holding its 10th annual event from Nov. 10-13 in its firmly-established home of Ballard. Last week Freakout announced the festival lineup, which shouldn’t surprise anyone how great it is.

Among the tippy top headliners are iconic psych band Os Mutantes, the coolest pop-punk Colleen Green, and No Age (if it weren’t sort of weird for a person pushing forty to have a favorite band, the L.A. punk duo would be it for me). The festival is full of international flavor, featuring South Africa’s BLK JKS, Glasgow’s Isobel Campbell (you might know her from a little band called Belle & Sebastian), and Mexico’s Los Dug Dugs. They’ve collaborated with Mexico City’s Devil in the Woods Records (label home of local favorites Tres Leches), meaning KEXP stalwarts El Shirota and Margaritas Podridas will be performing as well.

What about the local bands? Obviously, Seattle will be well-represented here, as the city’s enormously great rock scene always is at Freakout, featuring return appearances from Black Ends, Shaina Shepherd, the Black Tones, Linda from Work, Biblioteka (who just put out a great new album), Beverly Crusher, and others—as well as the first Freakout appearances from personal favorites Rachaels Children, 38 Coffin, Lemon Boy, and Rainbow Coalition Death Cult. Of course, Freakout Records’ flagship band Acid Tongue will be there and putting their best foot forward (their 2021 set bordered on legendary). Freakout will be here before you know it. As Acid Tongue frontman (and Freakout co-founder) Guy Keltner would say, find the kids a babysitter.

For my money, the often-shrill, herky-jerky music of post-punk/free jazz/no-wave quartet Lithics has been the best music to come out of Portland in several years. (Don’t believe me? Check out past Throwaway Style reviews of Mating Surfaces and Tower of Age!) In anticipation of a surely forthcoming fourth full-length, the band has released the new single “Nature Observation Poem,” an ever-so-slight adjustment to their thrilling signature sound.

More in line with the driving, rock-focused Tower of Age than their skittish earlier work, “Nature Observation Poem” opens with a particularly nervous, snare-heavy drum line from Wiley Hickson. Frontperson Aubrey Hornor’s Mark E. Smith-meets-ASMR vocals rather sarcastically decry an intended target with a severe lust for power while her and Mason Crumley’s guitars bleat, whine, and spill all over Bob Desauliniers’ pulsating and occasionally retracting bassline. In a time where everybody rather deservedly has some form of anxiety, Lithics have been the most fitting soundtrack for that nervous unrest for almost a decade now. “Nature Observation Poem” continues that line in all its stream-of-consciousness glory.

July 7: Jenny Don't and the Spurs at Chop Suey

July 11: Wolf Parade at The Crocodile 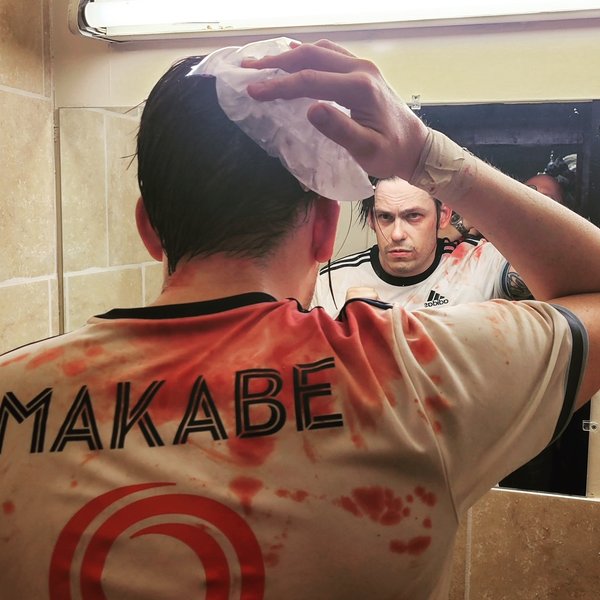 Martin Douglas speaks to the British Columbia-based artist about his lifelong music fandom, the bands he's played guitar for, and his breakthrough as a professional wrestler. 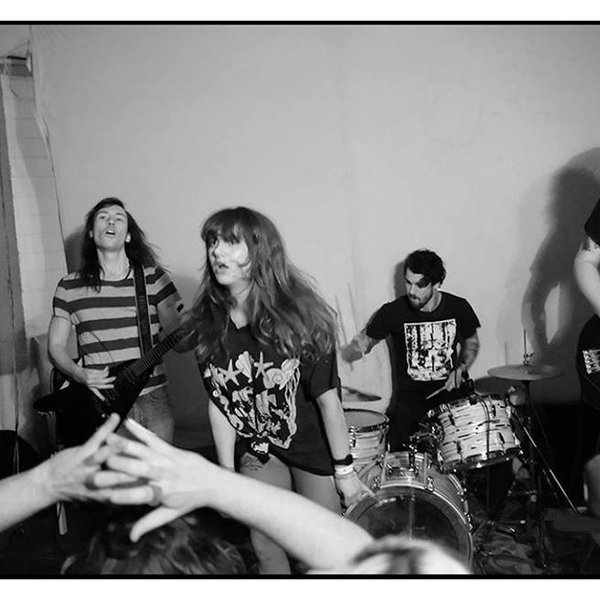 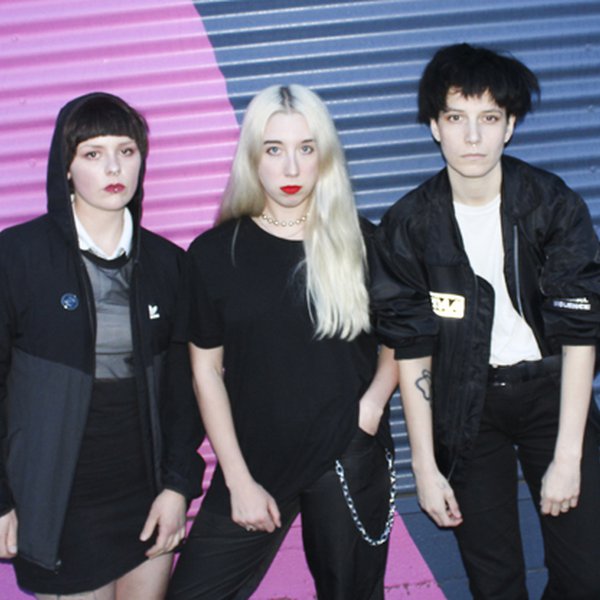 On the Vancouver punk trio's third full-length, Lié embody an array of narrative perspectives in order to capture the fear and trauma abusers leave in their wake.