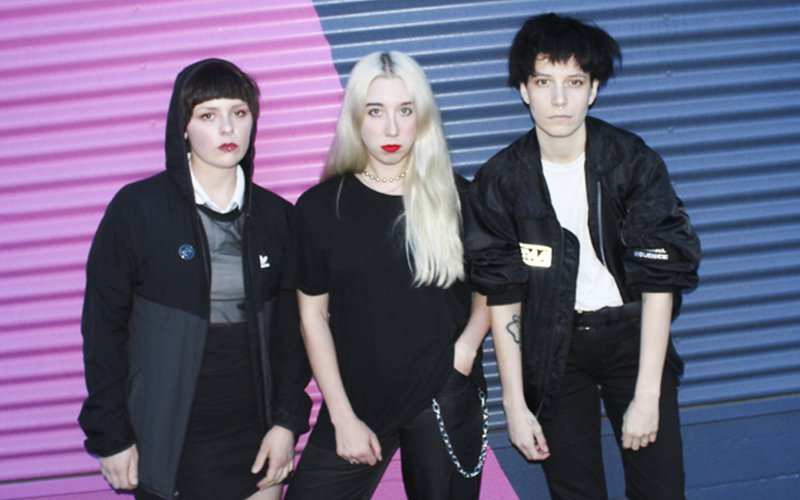 For a good portion of us, every day we are besieged by the evil festering in the hearts of others. It would be fair to assume you have some personal iteration of this experience, so submitting a list of examples feels unnecessary. This is why many of us find safe spaces to be of vast importance to the concept of community, because the world at large is far from a welcoming environment. Some of us try to fight the darkness with a bright, optimistic demeanor, offering positivity and welcomeness to our fellow beleaguered souls. Others climb into the pitch-black pit and counter that darkness with violent force, as if to say, “We aren’t going to stand for this shit and we’re going to fight you even if we have to sacrifice ourselves.

Vancouver punks Lié most certainly fit in the latter category. Self-described as “cold-punk” and equally influenced by Wipers and long-disbanded Vancouver noise-punks Mutators, the trio threatens to thrash and pummel any entity emerging from the shadows to invade their personal space. Drummer Kati J’s intimidating backbeat careens at speeds you’d need wheels and an inclined slope to keep up with. Ashlee Luk and Brittany West – on guitar and bass, respectively – share vocal and lyric-writing duties on the band’s songs, roaring, shouting, and reciting incantations decrying the millenia-longstanding scourge of toxic masculinity.

2014’s Consent is the sound of a band sprinting through a network of dark alleys. Its sound is wiry and its lyrics are scarred up with brutalist, first-person quasi-narratives, often from the perspective of unsympathetic sociopaths. (In an interview from the same year with Discorder Magazine, the band is quick to credit the lyrical approach of bands like Big Black, with West saying, “You embody a character, you sing about these topics, but you obviously don’t believe them or follow them. You’re making a commentary on it.”) 2016’s Truth or Consequences is just as chilling and caustic; even one cursory listen to opener “Pride” would make any reasonable person at least slightly uncomfortable. On their new album, Hounds (out now, courtesy of Monofonus Press and the always reliable Mint Records), the trio utilizes a bolstered production quality as a battering ram through the barred door of rape culture, abuse, and male privilege.

The album opens with “Better Sex,” a rumination on a sexual encounter far from the ideal of enthusiastic consent, with a protagonist repeating the line, “He’s handsome, you’re desired,” as if they’re saying anything to get themselves through the next number of minutes. The rhythm section keeps a low center of gravity, with J’s drums rumbling and rattling and skittering. During the chorus, Luk’s guitar lines sound like they’re tying themselves in knots. “Country Boys” almost gleefully turns a handful of love song cliches into a frightening ride to a very dark place, and “Ethics” is buoyed by the haunting quip, “My ethics, they’re running late.”

Hounds is filled from corner to corner with bleating guitars and psychic trauma. “Fill it Up” grinds and gnashes while describing the sensations of fear and hands gripped around your throat, while “Tame” and closer “Weaponized” pushes forward through sonic and emotional violence, the latter containing a refrain of, “You like the pain!” Between the low growl and high whimper of Luk’s guitars, “It’s Really Nice” describes an abusive relationship in harrowing detail. “Can’t Get Enough” and “Birthday Party” explore the fetishization of the tortured, depressed male – “romanticizing decay” and wearing damage “like a flag.” Guitars and bass sticking together and peeling off like strips of tape on the latter, while the former sounds like it’s ripping itself to shreds.

Certainly, Hounds is an emotionally exhausting listen, but that’s what makes it so compelling. If you like music enough to read about it, you surely already know the power of being able to use it for different things; escape, relief, a good chuckle, a good cry. And if you’ve ever been on the receiving end of abuse, you’re well-aware abusers operate on fear; they derive power from the abused looking meekly at the floor instead of in their eyes. Lié’s third album derives its emotion from an alternative power: Looking something very real, the culture of fear and abuse, right in its face and delivering a healthy spit.

Korean pop star Jay Park and singer/producer Cha Cha Malone both grew up in the Seattle area, with the former moving to Seoul and joining a group called 2pm. After maintaining their friendship and status as collaborators and hitting a couple of speed bumps during Park's tenure running record label AOMG, the pair decided to start a label called H1GHR Music, whose roster includes Seattle hip-hop luminaries Jarv Dee and Raz Simone. Read more about the label's history and international roster at City Arts.

August 2: Wand, Teton, and Darto at The Crocodile

August 3: Tacocat, the Coathangers, and Snuff Redux at Mural Amplitheater

August 4: Stephen Malkmus and the Jicks at Neptune Theatre

August 5: Cedric Burnside, The Swamp Dogs, Willie & the Whips at The Funhouse

August 7: The Shivas, SSDD, and Swamp Meat at Lo-Fi 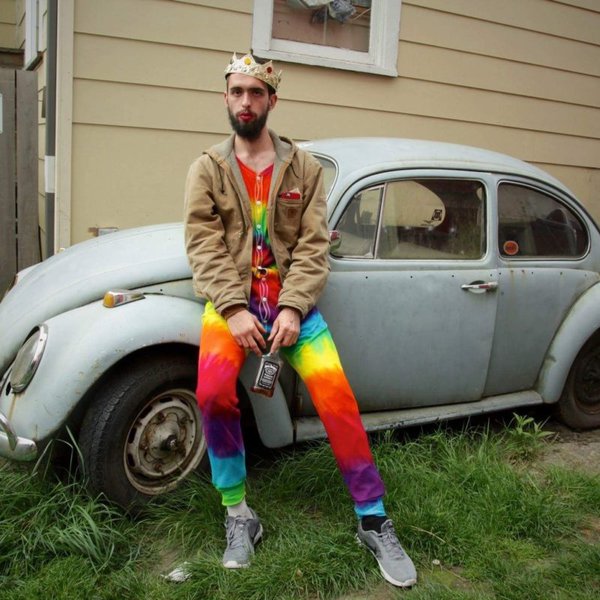 On the heels of IRL, the Seattle artist’s latest release delivers another set of deeply ruminative, off-center singer-songwriter-influenced hip-hop. 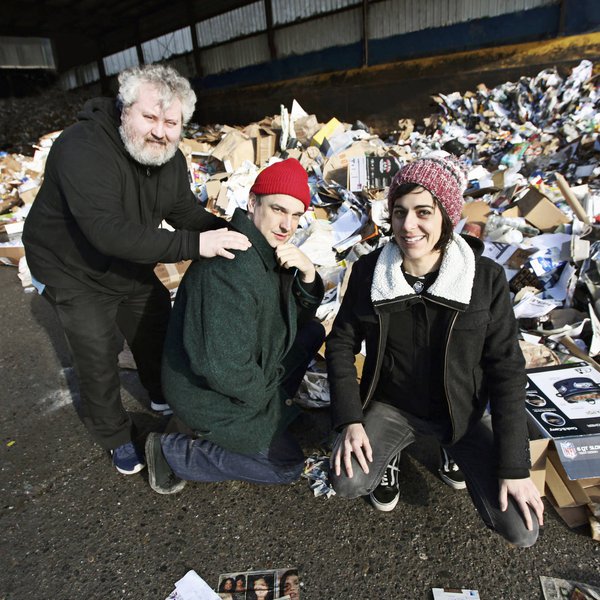 Throwaway Style: An Interview with Rachel Ratner of Wimps

Wimps have made a fine career out of sensationalizing the mundane. On their new album Garbage People, the Seattle punk trio deliver their best collection of songs to date with topics that range from climate change to bumming a slice of cheese pizza. Martin Douglas sits down with frontwoman Rachel R… 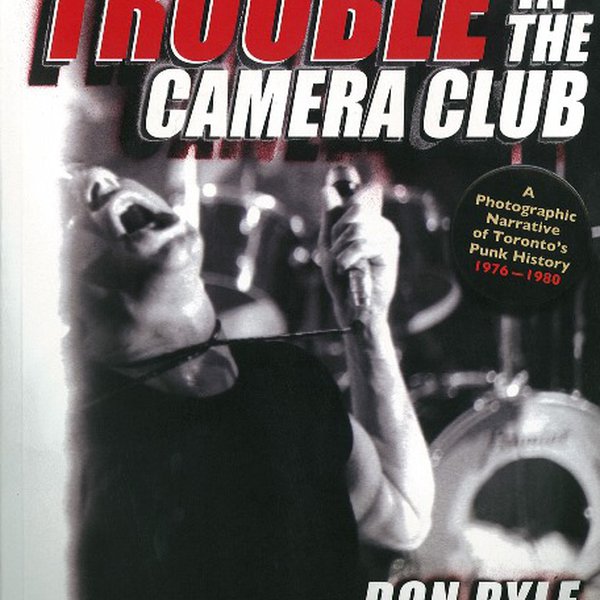 Weird At My School Fundraising Drives

Before he played drums in Shadowy Men on a Shadowy Planet, before he composed the theme song for the US version of Queer As Folk, before he engineered the Sadies’ excellent Internal Sounds, Toronto-based producer, musician, and artist Don Pyle was a fledgling photographer cutting his teeth in the e…