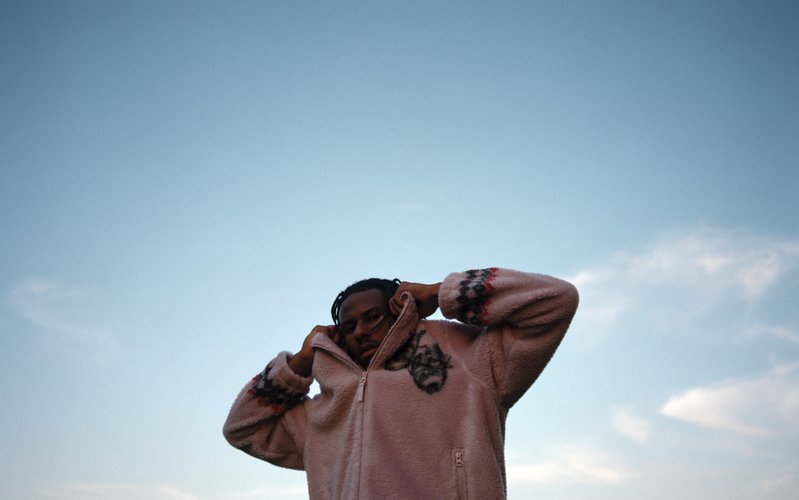 I feel like not enough attention and credit is given towards artists who spend years and years putting out music and honing their craft before finally getting attention. It’s one thing to spend a few years and maybe a couple of EPs playing around town and touring your region before finally catching widespread attention with your debut record. It’s another to put out five LPs in about as many years and playing show after show only to feel like perhaps it’s time to call it a day. Then, you give it one last shot and BAM! Finally, the world is taking notice.

In an extremely-condensed nutshell, that’s the story of Don Lifted. A few years ago, Lawrence Matthews almost quit music. After years of struggle, he’d carved out a career in fine art with his socially minded painting and photography, becoming a beacon for aspiring Black youth in Memphis. Music was always the dream, but it seemed life had other plans for Matthews, and though he was coming to terms with the path he was on, he resolved to make one last push before closing the door on Don Lifted. In late 2019, he booked his first tour, bringing his singular blend of rap, ambient, and indie to Brooklyn, Los Angeles, and San Francisco. The mid-tour hometown show proved to be the hail mary he needed, catching the eye of famed producer Matt Ross-Spang, and an eventual recording deal with Fat Possum.

Today, he’s sharing the first taste from this signing and his reinvigoration towards music. Titled “Lost in Orion,” the song explores the diverse influences that have inspired Matthews over the years — from Coldplay to Pharrell to Kid Cudi — recalling other current artists that have found eclectic ways to blend and bend genres such as Yves Jarvis and Navy Blue. Led by a twinkling melodic guitar arpeggio, Matthews softly croons about the fears and anxieties plaguing him under the weight of George Floyd's murder, as well as how being more open with his fluid sexual identity might affect how he's treated.

This new exploration of gender identity is expressed through the spectacular accompanying visual. A sparkling Matthews fixes his heavily-wing-lined eyes straight at the camera before a series of striking images invoking pain, religion, and isolation flash before us. It’s a breathtaking ode to Southern history and its complicated relationship with Black queerness.

KEXP spoke to Matthews about the story behind the vulnerable song and Memphis’ role in shaping his music. Read it and watch the video for “Lost in Orion” below.

KEXP: What’s the story behind “Lost in Orion” — what inspired the song, when did you write it, and how did it come together?

Don Lifted: Fear… I was waking up every day trying to deal with the scars of my past traumas while looking around at the world and seeing nothing but death and division. I was also dealing with fear that I couldn’t live up to my newly-found career position after signing a deal. I’m very confident in my abilities, but if I get hit with too much in the middle of a low moment chemically, I’ll start to second guess myself. I was looking at my love life and realizing I still had some demons from my past keeping me from being the best partner. I was navigating my queerness and how so much of who I was had been repressed and based in fear and shame. I feared rejection and death behind everything that I was. I thought I was so much further as someone who prides themselves on being honest, but I was wrong. Everything that ever hurt me was still right behind me and it seemed there was new pain on the horizon based on the state of the world. It didn’t take long to write, but it did take a while to record and deal with sample things. Though done poetically, it’s one of the most vulnerable songs I’ve ever written. I feel naked whenever I hear it.

I’m also curious about the story behind the video. Was this entirely your vision or did you work with a director that helped shape it?

I was very hands-on conceptually. I’m also a visual artist so a lot of things are references to photography and fine art that spoke to things I’m feeling. A lot of times I’m coming to people with a maybe 90 percent complete idea and my goal is to plug people into various roles to bring it to life. I think the moments where I laid back were the technical qualities. I might write, edit and even storyboard the full visual then bring it to someone or a group of people to handle the direction and cinematography based on me being a fan and feeling like they can bring it into the world. I might not always be that way, but I had a lot of anxiety about this video with it being my introduction to so many new people, so that made me hyper meticulous at times. That video is probably the most personal and introspective thing we’ve ever done on so many levels.

I assume it was made during the pandemic. How did it come together and how did you find a way to do it safely?

Recording-wise, I was literally having Facetime sessions with C Major to do the drums at various times. The people that I work with in most cases are in my “bubble,” so I trusted them, and they don’t know this, but I watched how they moved around. They wouldn’t have been on the project if I saw them out on the town or moving without masks. My fear of death was out of control around this time if I saw anyone we’d be masked up and wouldn’t interact physically. There were times I’d sit on folks’ decks and run cords 10 feet away with all my equipment in a suitcase and track guitar. Everything was done a piece at a time and I’d wait two weeks between just in case anyone started to show symptoms. I have asthma so my fear was insane.

Video-wise we just got tested over and over and followed super strict rules on set. Joshua of Studio One Four Three didn’t play about COVID and I love him for that. They were really locked in on making sure everyone was safe.

It sounds like your musical journey has been long and winding, to say the least. How would you describe your current relationship to music and art?

Honestly, at this point in my life, and looking back over everything, this is all I was ever meant to do. There is absolutely nothing else. I’ll keep living and find out why, but music and the arts bring me all the joy in the world. The pursuit of them is challenging in all the ways loving someone or something is, if not more so but music and the arts have saved my life ten times over and I’m completely indebted to them.

In what ways do you feel like Memphis comes through in your music?

Honestly, in the pain. I don’t think I became this person without the experiences I had as a child growing up here. Looking back over my life and knowing who I’ve always been and how that at most times isolated me from my peers. Whether that be my mental health, how I looked, where I was raised, or me not being like the other boys bubbling under the surface, it created various trials that shaped and formed the kid that would start making music at the end of high school. Then, the next ten years pursuing it gave me even more trials and challenges that made me the man I am today. Maybe I’d have those same experiences in another southern town existing in the Bible Belt with this much pain and suffering in its soil but honestly, I think it’s just Memphis. Something is different here and if it doesn’t speak to everyone, it speaks to me. For better or worse.

How would you describe the current musical landscape of Memphis?

Diverse, despite what we are known for. There isn’t much infrastructure here to do anything outside of soul music, folk, or street rap. That’s the only stuff that makes it out or gets a national platform. If you’re not making that, people treat you like you’re not “Memphis”. There are brilliant artists making every genre under the sun here, but Memphis is a city built on ghosts and if what you do doesn’t speak to those ghosts it can be very hard to gain a platform or influence in the city. If I hadn’t been spending every dollar I had from my visual art career on my pursuit of music, I wouldn’t have been able to do half the stuff I did over the last few years. Music is expensive and folks that look like me and are making music not informed by those three previously mentioned genres probably are having a hard time gaining resources to really do this. A lot of folks move because of it and go on to be very successful in a shorter time but I made the choice to stay because I want to help change that narrative and help build a more wide-ranging representation for folks.

It’s given me a reason to stick around…. I can’t think of a greater love or friend. All the most beautiful moments in my life had a soundtrack and I can’t imagine existing without it. 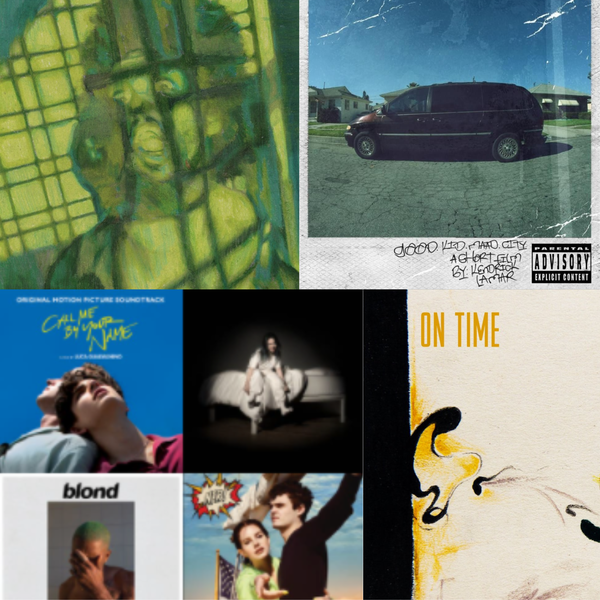 In Our Headphones: Kendrick Lamar, Yves Jarvis, Fifth House, that dog., and more

KEXP's Digital Content team shares the music that's been in their personal rotation, both new and old. 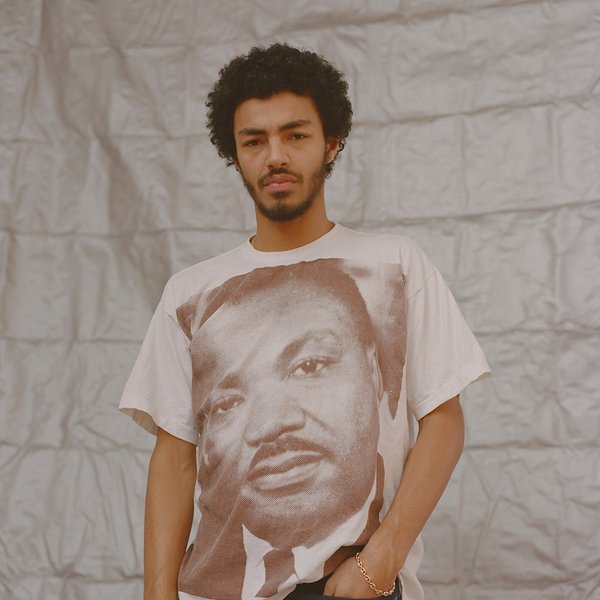