Strength in Numbers: The Rise of Asian Femme DJs in the Northwest 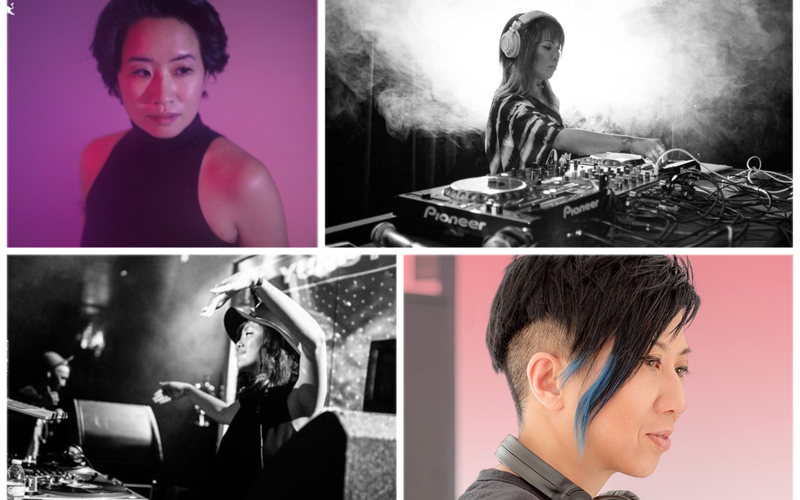 Throughout the month of May, KEXP is joining the national celebration of Asian Pacific American Heritage Month (APAHM) in partnership with the Seattle Asian Art Museum. In conjunction, we’re spotlighting API artists as well as artists from Asian and Pacific Islander countries. Find out more here.

The EDM scene has always been dominated by white males, but recently, the tides have turned. Nights at Kremwerk and Monkey Loft are frequently led by female-identifying Asian DJs, and artists like Yaeji and 박혜진 Park Hye Jin are gaining momentum on the KEXP airwaves. On one hand, this isn’t too surprising as EDM is the most popular genre of music in Asia. On the other hand, I had to wonder: why are Asian women, in particular, drawn to the turntables? Especially here in the Northwest?

"To be honest, I think folks just got tired of seeing straight white males dominating the electronic music scene and fed up with the lack of representation of people of color and other minority groups," shared Seattle-based DJ Denise Zhang, known in the clubs as Yung Futon. "I think people got angry at hearing the same story over and over again of some successful DJ being called out for making sexist and/or racist remarks, for appropriating other cultures in their work and feigning ignorance. That’s just not a scene we want to be part of. Things needed to change."

"As of the last few years, we’ve seen more and more Asian female artists, like Yaeji, show up in the scene and openly talk about what music means to them and how they’re working hard to create a safe space for everyone," she added. "That’s been such an inspiration for both myself and others and I love that those vibes are spreading and motivating others to step up and help expand this community."

Zhang made her DJ debut in Osaka, Japan back in 2014, and is a member of the international music collective CUSTOMS, founded by DJ, event producer, and promoter Allen Huang. In a 2017 essay for Vice Magazine, he wrote of the Seattle scene:

"It was hard for Asian-Americans to imagine themselves as being involved in electronic music for a long time. The exposure that we had to Asian-American or Asian-appearing artists was not very prevalent. Before I started CUSTOMS, an Asian or Asian-American producer like DJ Krush would only come through Seattle once or twice a year."

"My biggest goal was to get Asian and Asian-American artists to Seattle in front of as many people as I thought I could and do it in a way that would respect both the artist and the audience. Seattle is the 'well, duh' gateway for Asian music coming to America. We have the population, the venues, and the music knowhow. Logistically, the flights from Asia to Seattle are cheaper than a lot of other places in America. We have so much advertising for Chinese airlines."

Huang left Seattle for Taiwan a few years ago, but his influence and efforts to increase representation in the local electronic scene continue on. Snapdragon (the alias for local DJ Amie Dabu) moved to Seattle in 2015 following years spinning at underground warehouse parties and desert raves in Phoenix, Arizona, followed by gigs in Scottsdale and Las Vegas. She told KEXP, "When I first started DJing in 2007, attitudes and support towards womxn DJs were different. Fast forward to present day, I think it’s become 'a trend' or might seem like it’s becoming a trend now because MANY of our Pacific Northwest event production teams truly push for more inclusive, diverse lineups. And call me an optimist, but there’s many of us hustling behind the scenes to make sure strides towards diversity keep happening, so maybe some fruits of our labor are starting to show there."

Another local organization that's helping to change things in the local electronic music scene is TUF, a collective founded in 2014 to support "marginalized folks, including people of color, women and those with queer, trans and/or gender non-conforming identities." They add: "we challenge white-CIS-male power structures within electronic music, art, and media by creating spaces to connect and collaborate." (Note: KEXP's own DJ Sharlese is a long-time member of the organization.)

Co-organizer Tiffany Wan (who also DJs under the name T.Wan) told KEXP: "I've definitely experienced micro-aggressions within the electronic music scene based on my identity. Thankfully, I've found a community within the local scene that makes me feel like I don't have to experience those situations as frequently anymore. But previous to that, and before I even started DJing, I didn't always feel like I belonged because of my identity. Spaces in Seattle are pretty white, and people still don't seem to think women are capable of having their own refined opinions about electronic music, or they're threatened by the fact that we do. People also conveniently forget — or are blissfully ignorant — that dance music was born out of queer, POC spaces. So much of mainstream electronic music is white and hetero-normative. I didn't feel like I truly had a place in the scene until I became a part of TUF. Creating our own events and our own spaces for expression gave me a sense of belonging. And it felt good to provide that for other people too. I can only think of a few accomplishments in life that have given me tears of joy. But the feelings I've experienced when people have come up to me at TUF events to express their gratitude for feeling seen and represented are unparalleled."

Local DJ LGSP has watched the Seattle electronic music scene evolve over the decades. (She previously DJ'ed under the names LeGaspi from 2016-March 2019 and wasabi from 2000-2009.) She told KEXP, "I think that progressive culture in general is celebrated on the dance floor.  People from all backgrounds and ethnicities come together to dance and share the love for music. I don’t really feel Asians specifically have been more drawn to the scene, rather, I think the scene attracts diverse people in general. A melting pot. I think that inclusivity is at the forefront of the scene, and it’s only natural that more artists from varying backgrounds would emerge, as we continue to grow in love for each other, and crave connection through music, across the whole human race." She added, "From my experience, the electronic music scene is a safe place for all cultures and backgrounds. People come to be themselves fully without fear of judgement or violence. We celebrate our differences and they’re actually what unite us."

Thanks to these artists, and many others like them, Seattle will hopefully continue to nurture future generations of female-identifying DJs, whose work will inspire globally. Zhang remembers, "TOKiMONSTA was one of the first female Asian artists I found out about in electronic music and I fell in love instantly – to see this beautiful and talented woman be successful and produce such amazing music, I was in disbelief. I was like 'Why aren’t there more Asian women out here kicking ass????' 'Where's the representation in the local Seattle music scene?' I remember watching videos of her shows and seeing how effortless it was for her to captivate the crowd. I wanted to have that effect on people, too. I wanted someone to see me DJ and think 'Hey, she’s just like me. I can do this too.' It was largely cause of her influence that I decided to learn how to DJ."

Wan concurs, adding, "Yu Su, Ciel, Bezier, and Powder are just some of the Asian DJs/producers who inspire me with their range of style and abilities. I didn't really discover them until after I had started DJing, but seeing other Asian DJs who are so talented gives me a sense of validation and positivity about what I do."

LGSP reflects: "Since I first started in 2000, I have been inspired by many to pursue playing music behind the decks. My mentors were female DJs and I was very inspired to learn the technical aspect of it with two turntables and a mixer. I’ve been inspired by many female DJ’s throughout the years, women who have the technical skills in both production and on the mixer, music selection to keep the crowd on the dance floor, and confidence to be in front of a large crowd in which it continues to inspire me to create the type of music I love and to follow the path of these strong independent musically creative women." 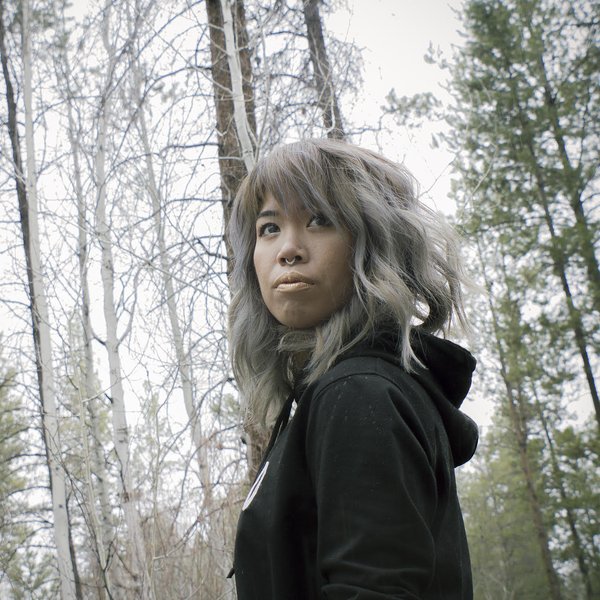 Midnight In A Perfect World: Snapdragon

Seattle-based DJ and electronic producer Snapdragon takes the listener on a propulsive journey through progressive tech-house rhythms on her guest DJ mix for Midnight in a Perfect World. 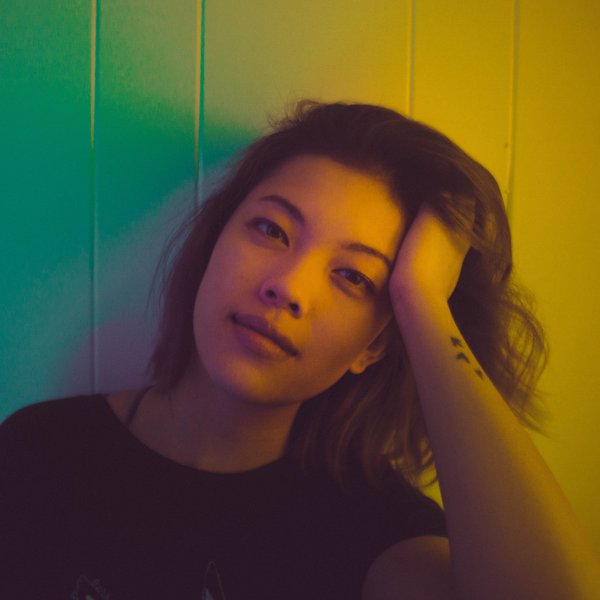 The alias of Seattle-based DJ and CUSTOMS member Denise Zhang, Yung Futon shares an exclusive guest mix for Midnight in a Perfect World that weaves through a wide array of musical styles in sleek and smooth fashion. 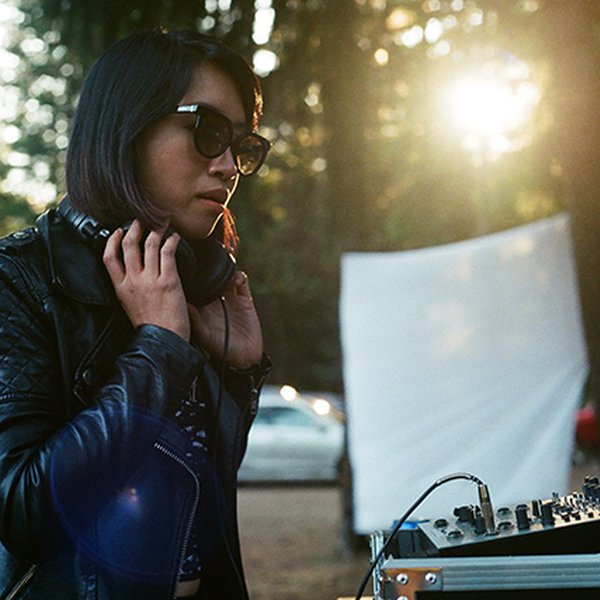 Midnight In A Perfect World: T.Wan

T.Wan is Seattle native Tiffany Wan, a member of the TUF collective and a steadfast devotee of the ideal dance floor vibe. Her heart beats excitedly to acid-tinged rhythms, jacking Chicago and Detroit house, seductively pulsating disco, and nearly anything with hand drums. Trusted behind the deck...