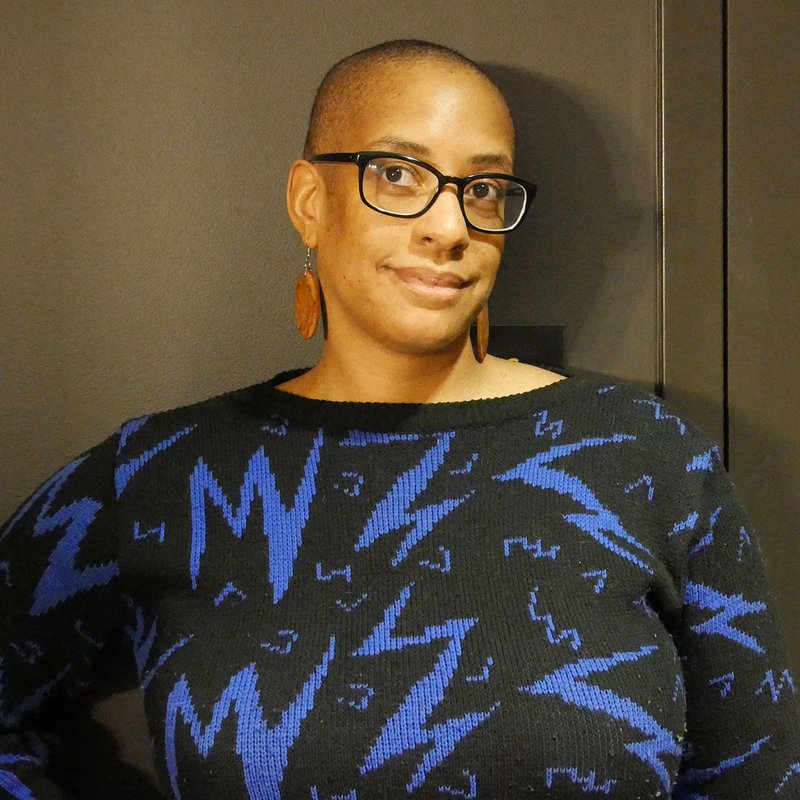 Sharlese Metcalf began her radio career at Green River Community College in 2001 hosting their Northwest music focused show Local Motion on KGRG. She attained her Broadcasting Certificate from Green River, and was offered a job at Jones Radio Networks. There, she worked on Classic Country and Top 40 shows as a production assistant. While at Jones Radio, she was given a KEXP internship to work on the show Audioasis as an assistant to the host and booker. In 2009, She became an Audioasis producer, and in 2012, was promoted to host and an Events Producer at KEXP. Sharlese additionally works as yoga DJ, promotes events at clubs around town as False Prophet, is a member of the TUF collective and currently serves as a member on the Seattle Music Commission.