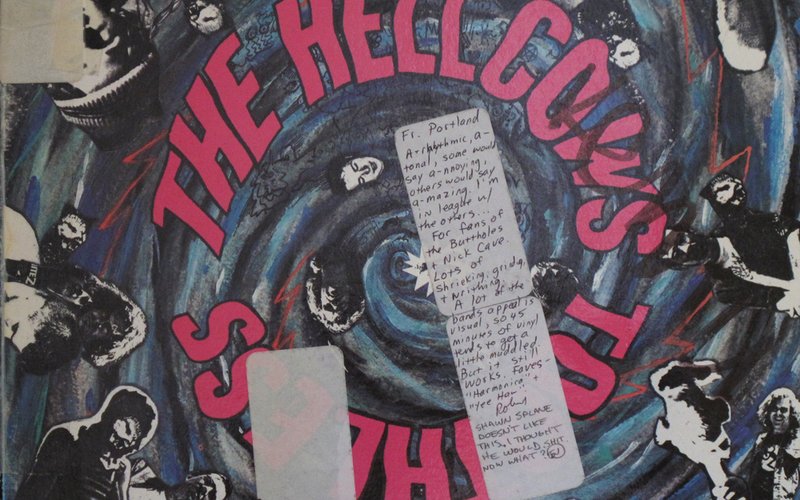 This series is by its very nature an exercise in nostalgia, but I'm going to take a moment to indulge in a different kind of nostalgia, for the first decade of this century. Can I just say, I miss blogs? I miss people making their own weird little corners of the internet and drilling down into whatever topic (or musical genre, or era, or what have you) most excited them, regardless of readership or clicks or relevance. This one person would tell you everything they knew or could figure out about a particular band (and then, okay, probably illegally share a download of their album that was otherwise almost impossible to find and that the band wasn't making any money off anyway). And then, if you were really lucky? People would comment! Maybe even people with actual knowledge or experience of the thing! It was quite a time.

Take the Hellcows. (Also, it seems, known as Hellcows. I still don't understand how people can be so cavalier about definite articles.) I feared this was going to be another installment where all I had to go on was the KCMU DJ's comments and a sparsely-populated Discogs listing. But then, a few pages into my Google search, I found this beautiful 2007 post on the blog Lamestain (a Northwest-focused blog, of course, which has been dormant for about a decade now). Tom, our dear author, gives an wonderfully detailed look into the history of the band and its members — Brian Koelling, Gerry Ostrem, Eric Stotik, Carl Annala, and Mike King — including a brief stint by Annala in legendary Seattle band Earth. I mean, this post is thorough. Just go read it. And then, as if that weren't enough, Carl Annala himself comments to add even more specifics, including pre- and post-Hellcows bands, side projects, and so on. This freaking thing is a goldmine, and I'm probably the first person to read it in at least a few years. All I'm saying is, I'm ready for the New Blog Renaissance to begin — and I sincerely hope someone will archive all of these incredible storehouses of knowledge before Google decides to shutter Blogspot.

"Fr. Portland. A-rhythmic, a-tonal, some would say a-nnoying, others would say a-mazing. I'm in league w/the others . . . For fans of the Buttholes + Nick Cave. Lots of shrieking, grinding, + writhing. A lot of the band's appeal is visual, so 45 minutes of vinyl tends to get a little muddles. But it still works. Faves - 'Harmonica' - + 'Yee Haw'"

"Shawn Splane doesn't like this. I thought he would. Shit. Now what?" 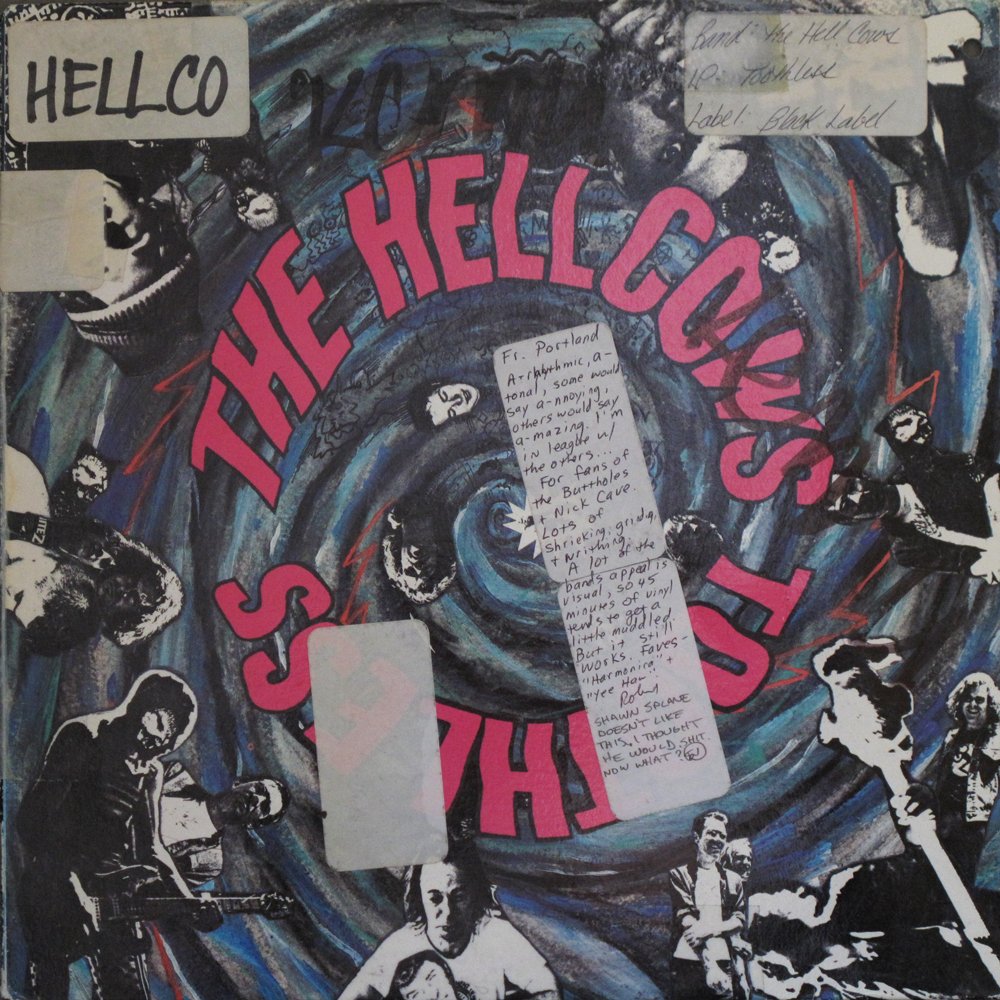 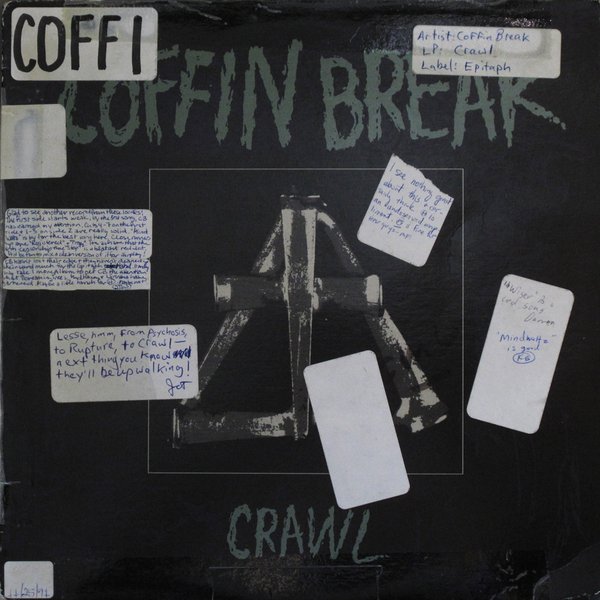 This week's Review Revue spotlights the album Crawl by Coffin Break. See what KCMU DJs thought back in the day. 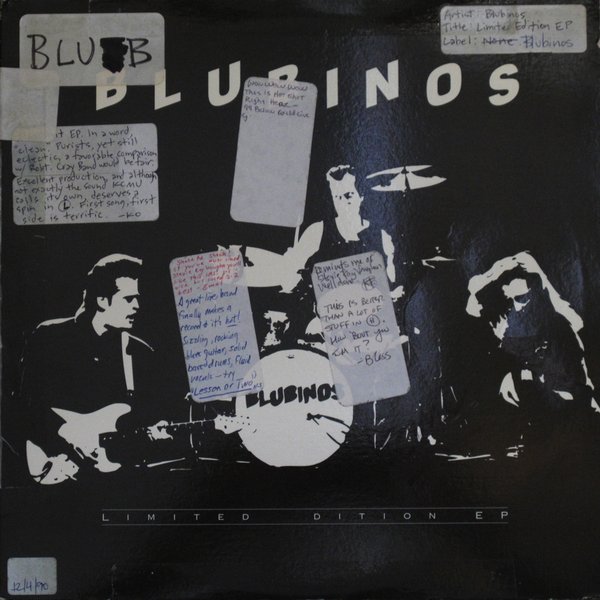 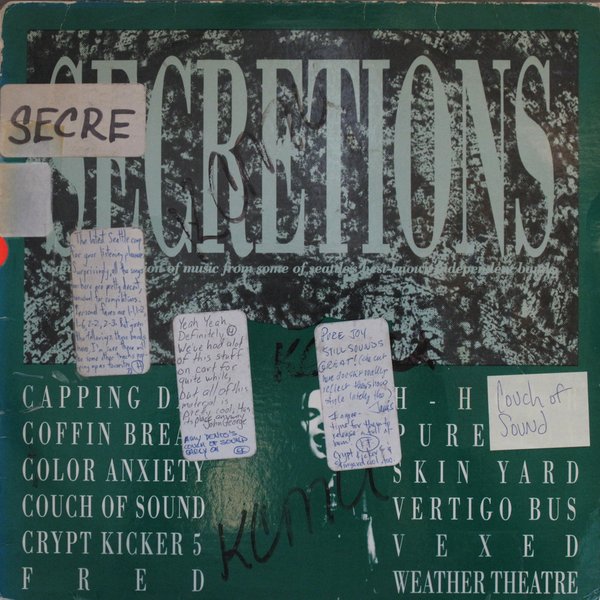 This week's Review Revue spotlights the Seattle compilation Secretions. See what KCMU DJs thought back in the day.