Kyle Ledford from Soniphone Records on the Everett Music Scene

Fisherman's Village Music Festival kicked off yesterday out in Everett, a town about an hour north of Seattle, and for the occasion, KEXP Morning Show Producer Owen Murphy had a chat with man-about-town Kyle Ledford. Learn more about his hometown and the Everett music scene.

KEXP: So, tell everyone, who are you?

Kyle Ledford: My name is Kyle Ledford. I perform under the moniker Johnny Lee Ledford which was my father's name and and I represent Soniphone Records. I am the CEO and founder. We're a record label as well as a short run vinyl lathe-cutting business. We represent a number of artists locally such as The Moon is Flat, new artists such as Killingsworth, Land of Vistas. So we've really covered all of the different genres that are happening out here. And yeah my passion is really working with up-and-coming artists and helping give them the tools to allow themselves to take that next step up. Just start to take themselves seriously. And we try and wrap all of that together so in one place they can both record their album, get it cut to vinyl, have an ability to release it, have representation to help manage them, and be able to do that with a shoestring budget in a small town. Are you from Everett?

Yeah, I was born in Everett. Actually I was born at the hospital across the street.

What does it mean to you to have a music festival and music scene growing here?

For me it's kind of this thing where the actualization of my childhood dreams and where the arc of my life has led me, having the place where I was born and the community that I came from wrap itself in something that aligns; to have those passions and those interests and to see the community come together and align with all of that, is really incredible and really special.

What does the Music Festival mean to you?

The music festival to me is, for everybody in the music scene, this is the landmark event of the year. Every year, it's what everyone turns out for, it's what everyone gets excited about, everybody in the music scene talks about it, everybody gets excited, and literally we talk about it all year. I don't know what other communities are like where they have some kind of similar situation but here it's really the biggest deal possible.

And what does [festival promoter] Ryan Crowther mean to the Everett Music Scene?

Oh, our scene is huge. I mean, he was the first guy in the door when I first got the idea to even start doing something like what I'm doing: running a record label and recording business and all of that. Seeing the fact that somebody had already started, the fact that somebody already opened the door to make it possible to have something to fold into is incredible. R.C. is really one of the the pillars of the entire music community. And that's really special you know.

So if someone's coming to Everett for the first time — breakfast, lunch, dinner, coffee, drinking — where should we go?

Oh my gosh. So, coffee, you're going to be Narrative. Narrative is hands down untouchable. So great. Now the thing is is we've got tons of great coffee, you know everybody from Silver Cup on, but Narrative has really positioned itself to be the coffee experience that everybody talks about. For cocktails, that's kind of shifted around for me. I really find myself going back to the New Mexicans which was my my total haunt a couple of years ago and now that's my new favorite haunt again. For dinner, my wife and I are vegetarian so we always try and drop off at different spots. We tend to enjoy Thai food in town there's a number of options that are great.

If you're in a band, where do you play?

If you're a band you're really playing Black Lab. You know, right now Black Lab Gallery is the place where everybody is welcome to play and where the scene is open. There's no closed accessibility to playing Black Lab which I think is really beautiful and brilliant and that's what small towns growing into a bigger scene need. They need inclusive city and they need an open door policy to really give everybody a shot. And I really appreciate that that's what they do for not just musicians but also for artists. So it's a really great pillar of the community and I'm excited to see them expand. They've been talking about opening The Rocket, so I'm excited to see what happens with that. Also for hard rock you've got Tony V's, which is a little bit of a harder environment than Black Lab but is is super great and really popular. I mean, there's been a number of times that that place has had 300 plus cats in it you know. So those are the two main places for me right now.

The Scuttlebutt Tap Room is where the Everett Music Initiative does a lot of their great shows and that has helped give the town another perspective on what music can be because you go there and it's downtown but it's a slight little slice outside of the typical downtown experience. And I like that it helps bring people into a different space. Every show there feels really catered to the artists which is really cool. 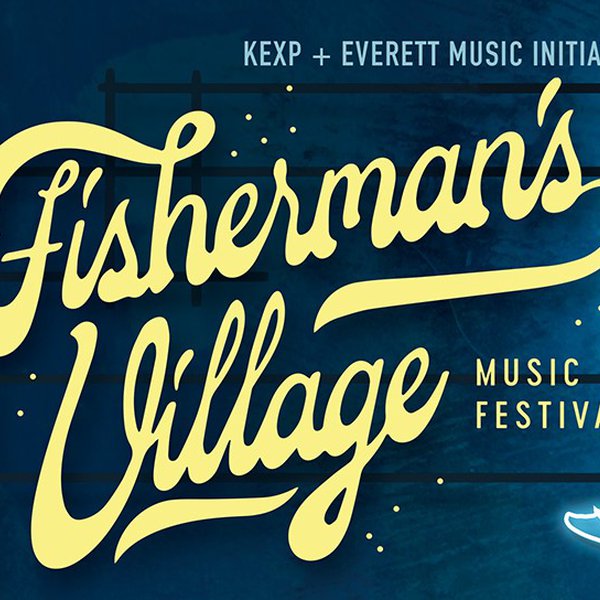 KEXP's Owen Murphy headed out to Everett to get the scoop on the 2019 Fisherman’s Village Music Fest from the festival organizers: promoter Ryan Crowther, Tellers' singer/songwriter Sarah Feinberg, and Kyle Ledford of Soniphone Records.