Founded in 1911 and celebrated annually on March 8th, International Women's Day is "a global day celebrating the social, economic, cultural and political achievements of women. The day also marks a call to action for accelerating gender parity." In honor of the day, KEXP is featuring music from women, women-identifying, and non-binary folx all throughout the day. Tune in at 8:30 AM PST as DJ John Richards chats with our friends at Rain City Rock Camp, a Seattle-based organization whose mission is to empower girls, women, and gender non-conforming individuals to engage their creative potential through music. (You can also hear two in-studio performances from their alumni tomorrow: The Black Unicorns, a group of eight to nine-year-olds, at 9 AM and Denim Jeanne at 2:30 PM PST. Check out photos from their sessions below.) 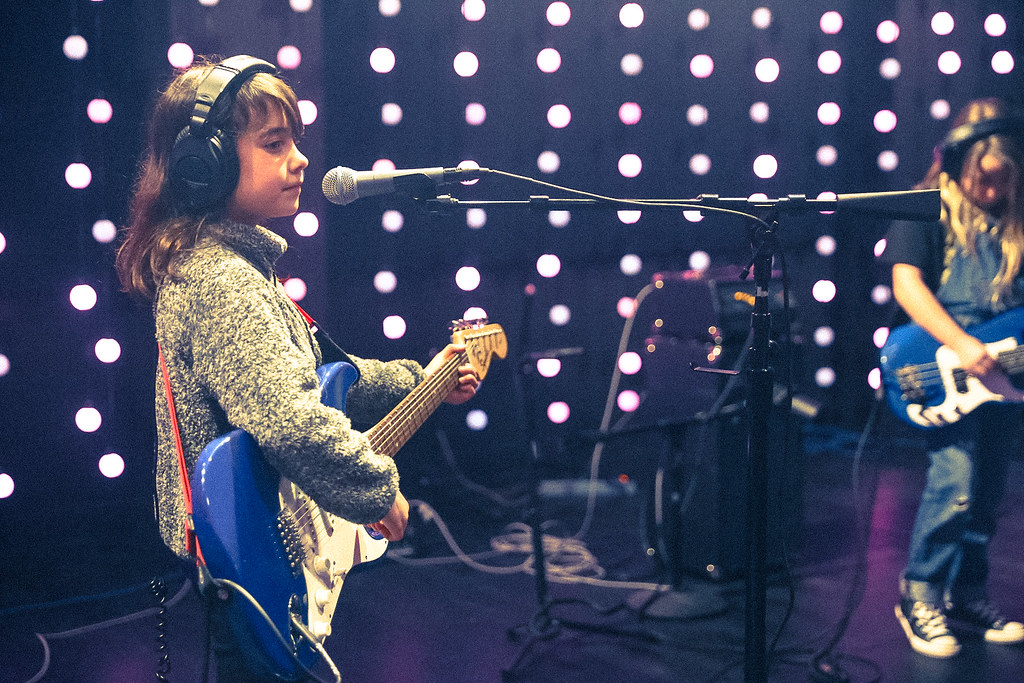 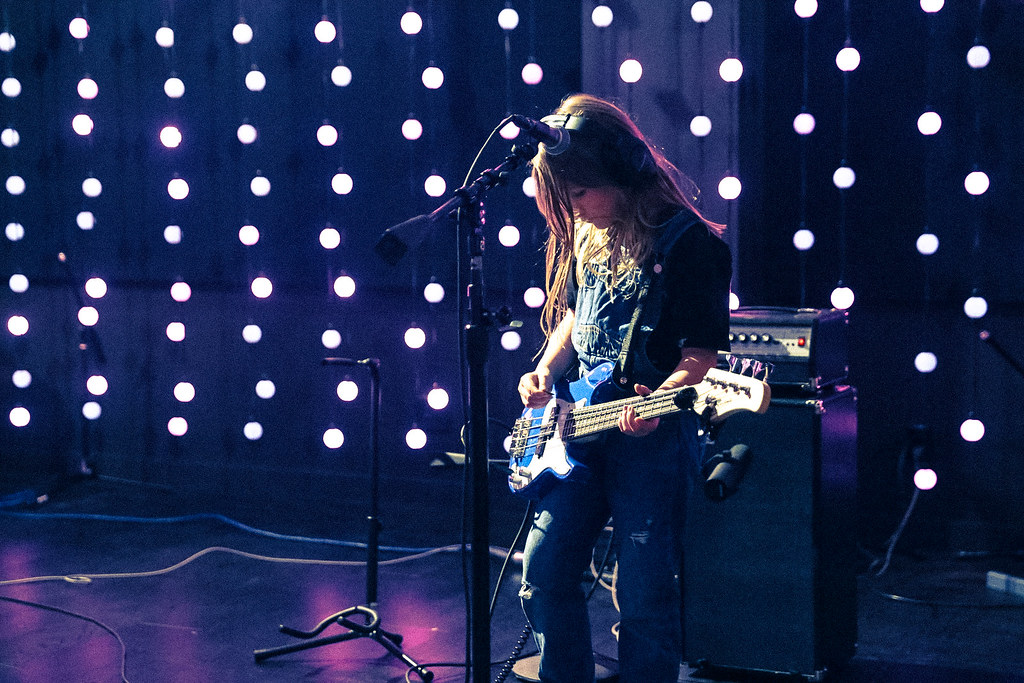 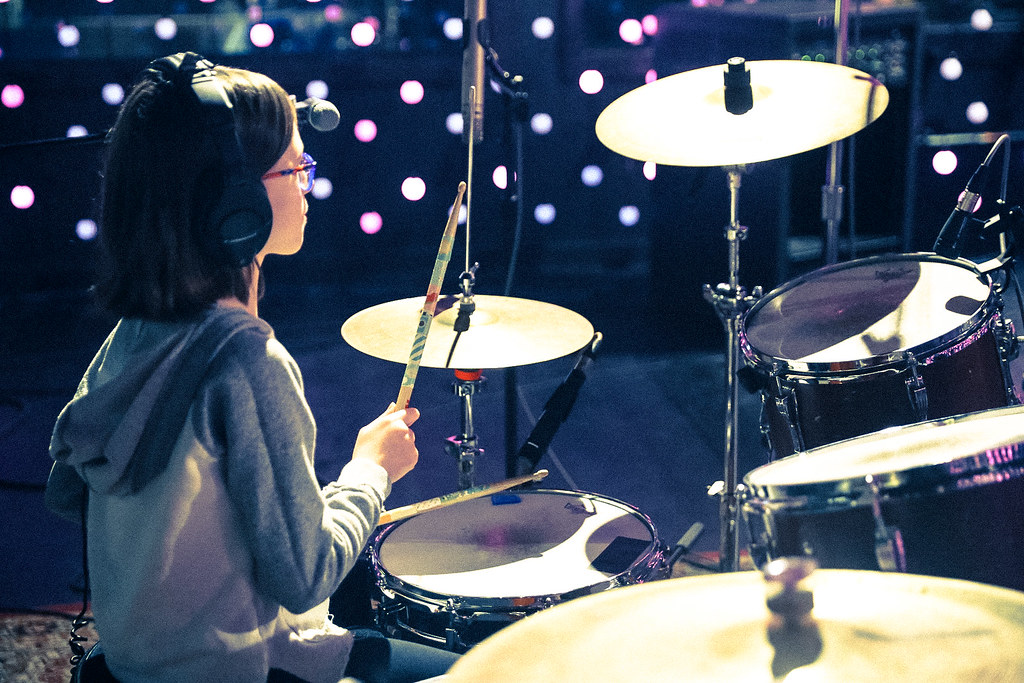 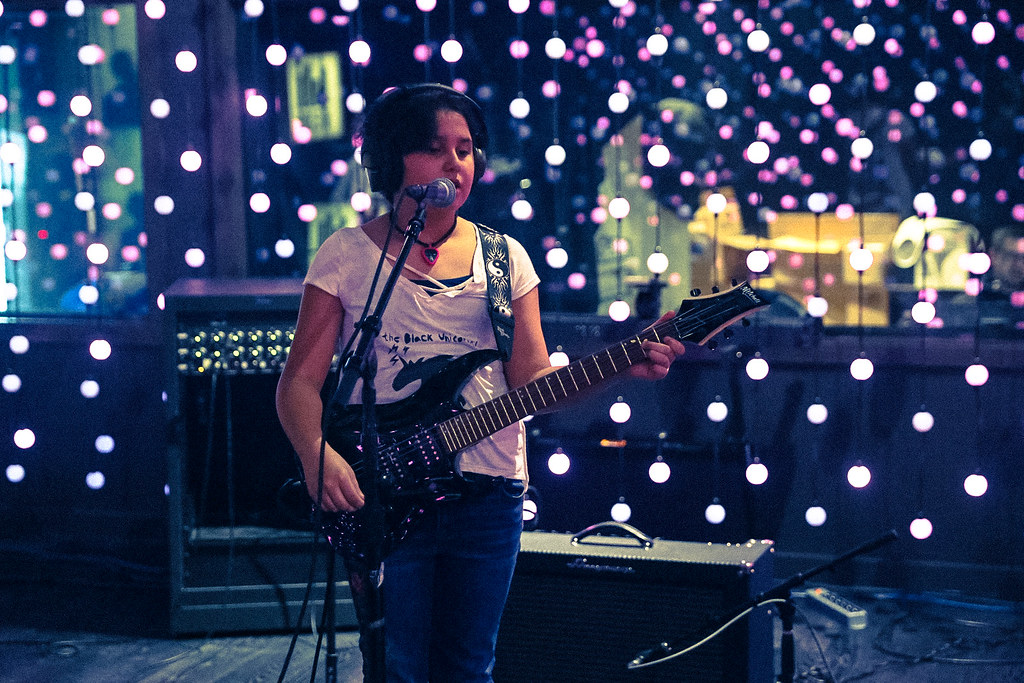 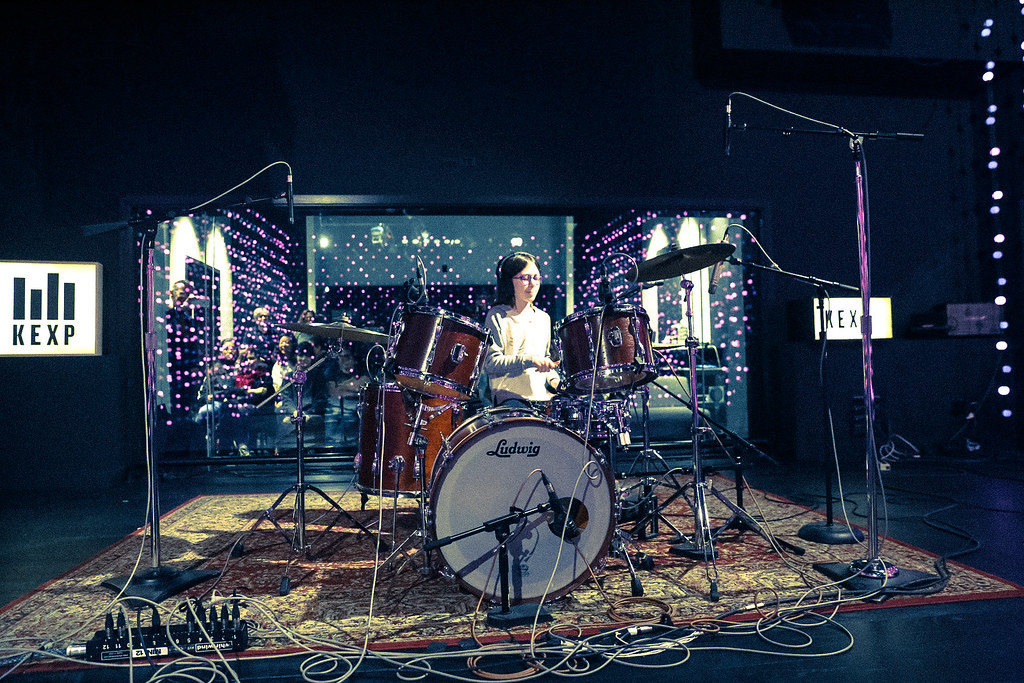 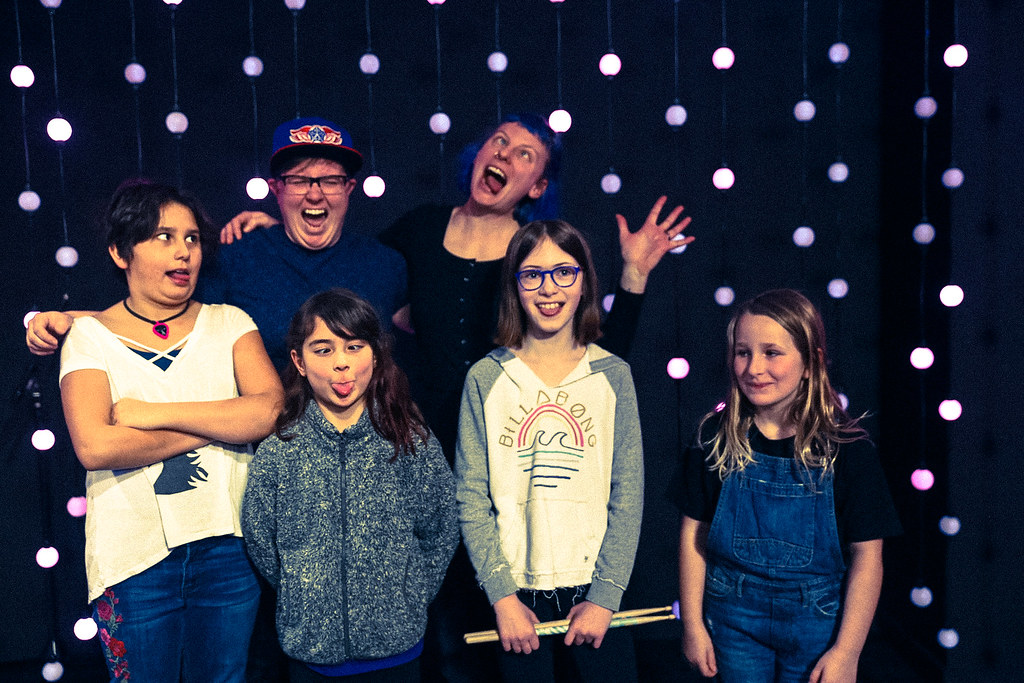 "Our main business is really to empower girls and gender non-conforming youth to do something that maybe they wouldn't have thought that they were able to do," explained Program Director Sue Spang. "So, what our programs kind of look like — it's basically a week and our campers learn to play an instrument. Most of the people who come to Rain City Rock Camp have never played their instrument before. They form a band with other campers their age, they prepare an original song that they write together in a group with a little bit of help from some adults, and then they perform a show at The Crocodile at the end of the camp in the summer." 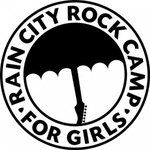 Amplified Teen Voices Advisor Jeanne Mitchell continues: "And we also have a Ladies Rock Camp which is basically the same thing as the youth summer camp except it's all crammed in one weekend. We have a lot of parents who come up to us and say, 'I really wish there was something like this for me when I was younger.' And then we're like, hey, how about now? How about you join Ladies Rock Camp? Applications are actually open for Ladies Rock Camp beginning of May."

What if you want to be involved, but in a non-musical way? Sprang emphasizes that all are welcome. "We are very much volunteer-powered and it takes about 100 volunteers a day to run a summer camp, so we need lots and lots of hands, both musicians and non-musicians. We have a lot of roles for people. A lot of times people are like, 'oh, I would love to help out, but I don't know how to play' or 'I haven't played for a long time.' Totally fine. Actually, a lot — even probably up to half — of our volunteers are non-musical. Many hands make light work and we definitely operate under that principle."

For more information on how you can help, or to enroll a child or yourself into rock camp, visit raincityrockcamp.org. 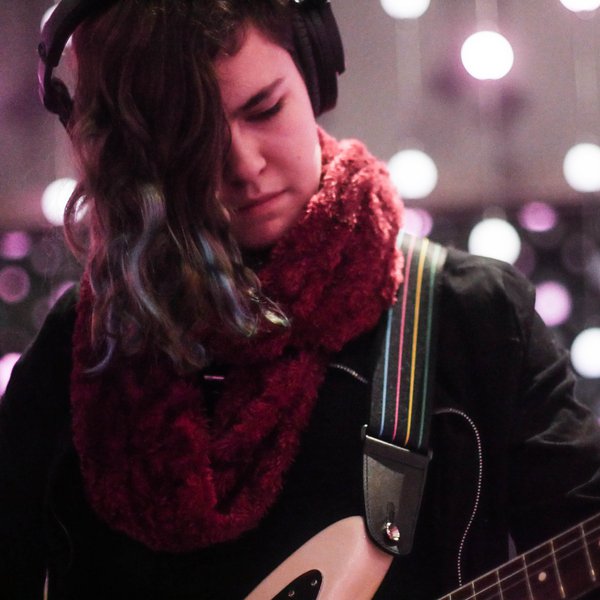 In honor of International Women's Day, KEXP spotlights Rain City Rock Camp, a Seattle-based organization whose mission is to empower girls, women, and gender non-conforming individuals to engage their creative potential through music.