When you’re sleeping off a turkey or tofurkey coma, it can be hard to want to get out of bed. If discounted TVs or whatever aren’t going to get you out to the mall after your Thanksgiving food binge, Record Store Day Black Friday is here again to entice all the audiophiles to sojourn out with the promise of rare wax. This year’s list of exclusive releases and reissues offers up a bit of everything for all spectrums of record collectors. From modern artists sharing studio outtakes to newly discovered live recordings from legends, there’s plenty to gawk at and get up early for this Friday. Check out some of our recommended records below and consult the full list here.

A$AP Ferg has been on a steady ascent since he dropped the thrilling Trap Lord back in 2013, establishing himself as one of the most sought-after members of the A$AP Mob collective right alongside A$AP Rocky. This B-sides collection features his massively successful hit single “Plain Jane” from last year’s Still Thriving but most notably this record is your first chance to get singles like “Verified,” “Not The Boy,” and the “Plain Jane” remix with Nicki Minaj on vinyl - all of which were previously only available in digital formats.

Bauhaus - Press The Eject And Give Me The Tape
Number of Pressings: 2,000

What’s “Black Friday” without a little goth thrown in? This live record hasn’t had a proper vinyl pressing since 1988 and that’s a shame. But finally, our prayers into the darkness (lit by white candles and smelling of sage) have been answered. Come to finally complete your Bauhaus collection, stay for the cover of John Cale’s “Rosegarden Funeral Of Sores” and a nine-minute version of “Bela Lugosi Is Dead.”

The missing link between The Breeders’ Pod and Last Splash, the four-track Safari EP is an excellent piece of musical history. The album’s been out of print in all formats since 1992, making this a must for Breeders’ fans. It’s also the first Breeders release to feature both Kim and Kelley Deal! Talk about a great Black Friday Deal! (Insert giant hook comically pulling me off the stage).

John Coltrane - Selections from Both Directions at Once

It’s still mind-blowing that earlier this year we saw the unearthing of a long-lost John Coltrane album, Both Directions at Once. This orange, die-cut piece of wax doesn’t contain any other new material from those sessions but the packaging is so gorgeous you might just want to pick it up. It’s the cherry on top of commemorating this wonderful release from an all-time great.

Chris Cornell - When Bad Does Good

Did you fall in love with Chris Cornell’s haunting posthumous single “When Bad Does Good” but couldn’t manage to scrape together enough to pick up the box set? This 7-inch might be your best bet. Not just that, but the b-side also includes Cornell’s stirring rendition of Mother Love Bone’s “Stargazer,” recorded at The Paramount in 2016.

This might be the most impressive punk artifact on this year’s RSD Black Friday list. This LP contains previously unheard, unreleased recordings of the infamous Dead Kennedys rehearsing with their original lineup. It’s a rare chance to hear Dead Kennedys in possibly the rawest form and the first bit of material released from the band in 13 years.

The Flaming Lips - The Mushroom Tapes

What would a Record Store Day event be without another Flaming Lips rarity? FLips completionists are surely to already have their eyes on this one, but this collection of demos for the band’s In a Priest Driven Ambulance album should be a thrill for even casual fans. Previously, you could only get these recordings on The Day They Shot A Hole In The Jesus Egg CD box set, so it’s a great opportunity to finally hear these early renditions on vinyl.

It’s hard to believe that Jose Gonzalez’s debut album is now 15 years old, also commemorating the 15th anniversary of when I made his blissful cover of The Knife’s “Heartbeats” my MySpace profile song for like six months. To mark the occasion of the former, Veneer is getting a lovely repressing on olive colored vinyl and a second disc featuring the Stay in the Shade EP, which also contains his cover of Joy Division’s “Love Will Tear Us Apart.” This is the first time the EP will have a physical release of any kind.

The Germs - What We Do Is Secret

The Germs’ anarchic punk zeitgeist was tragically cut short after the suicide of lead vocalist Darby Crash, but a year after his death the band released this remarkable collection of singles and live cuts titled What We Do Is Secret. It plays like one of the most rapid-fire “greatest hits” you’ll come across, capturing the furious energy that was The Germs. This vinyl pressing is the first official physical release of the album since 1982 so this repress is long overdue.

There’s no shortage of Iggy and The Stooges rarities getting repressed, but this particular era of the band is just too enticing not to keep digging back into. Rare Power shares early recordings from the Raw Power sessions, including outtakes and alternate mixes. This disc is sure to revitalize conversations dissecting one of the greatest proto-punk records of all time.

Joan Jett has a new documentary out, Bad Reputation, with a soundtrack to match. While the record contains many of the Jett classics that die-hard fans likely already have on vinyl, it also includes new collaborations with fellow icons Bikini Kill and members of The Sex Pistols – with some Runaways tracks to boot. It’s a good one to pick up if you love rock ‘n roll.

Kinski - Be Gentle with the Warm Turtle

Honestly, it’s a bit surprising that Kinski’s second album has never had a vinyl pressing but thankfully that’s now being remedied with this reissue of Be Gentle With the Warm Turtle. The Seattle band’s expansive dirge was practically made for dropping the needle and filling your home with swaths of reverb and encompassing ambiance. This new version also comes with two b-sides that were previously only available as a compilation contribution. Don’t miss out on getting this slab of Seattle music history.

With the constant deluge of unearthed demos and lost sessions from classic artists, it can be easy to forget the historical significance many of these recordings encompass. In the case of Muddy Waters, it’s remarkable that we can go back and study his legendary blues styling in hi-fi. This recording from 1979 is getting its first ever vinyl release, offering a great opportunity to spend some time with your headphones on and listening intently at one of the architects of modern rock and blues at work on stage.

To be honest, I’m mostly putting this one here because “High Horse” is such a great song and you should listen to it in any incarnation you can. Ostensibly a country artist, Musgraves has continued to leap genres on her latest album Golden Hour. These pumped-up remixes from DJ Kue and Violents embellish on the dance floor aesthetics of Musgraves’ original and turn it into a bona fide party anthem. Break this one out at your next dance party and watch everyone joyously belt along with the chorus.

“Blue Line Baby” was a standout and favorite track for KEXP DJs from Nothing’s latest album, Dance on the Blacktop, and it’s getting the 12-inch single treatment for RSD Black Friday. But most intriguing about this release is the presence of two new songs “Dirty White Glove” and “Spell.” The b-side of the disc supposedly comes with a “beautiful etching,” so look out for that as well!

If you don’t already have a copy of Aquemini in your record collection, getting this “Rosa Parks” 12-inch single is at least a good start. Even if you do have the whole album, this classic track is so good you might want to pick this up just to play the song back again and again – your neighbors surely won’t mind hearing Big Boi bellow “Ah ha, hush that fuss” repeatedly. Vinyl DJs should also take note for the acapella and instrumental versions included on the disc.

The 40th-anniversary editions of the Ramones back catalog that have been steadily coming out over the past few years have given us plenty of gems. This live recording included on the 2017 Rocket to Russia box set is the cream of the punky crop, showcasing the band at arguably their peak. This is a must for Ramones fans.

Rosie Thomas is a complete treasure and we, collectively as a people, need to remember that. This 10th-anniversary repressing of A Very Rosie Christmas! is a testament to that. Thomas not only has a powerful, stop-all-movement-in-the-room voice, but she’s also hilarious and clever in her performance. She’s the ideal candidate for a Christmas record and this album exemplifies that fully. If you’re not already acquainted with this holiday sleeper classic, now’s the time!

There’s no shortage of material out there from iconic jazz experimentalist Sun Ra. Yet there’s always more to be discovered in his lengthy catalog. Crystal Spears was originally rejected by Ra’s record label at the time, though the album found its way out into the world via bootlegs. This RSD release marks the first “official” release for the album, something that’s been long overdue. For those looking for a bit of history and an album of challenging avant-garde jazz, this one is worth seeking out.

Big Star’s legacy is being “your favorite band’s favorite band.” Nowhere is that made more clear than on this classic tribute compilation Big Star: Small World. The tracklist is a veritable “who’s who” of rising 90s acts who would go on to have quite the legacies themselves including Wilco, Whiskeytown, Juliana Hatfield, The Afghan Whigs, and Teenage Fanclub all covering Big Star classics. This is your first time to get these great renditions on wax, so don’t miss the opportunity.

It’s astounding that Mom + Pop Records have only been around for a decade considering all the ground they’ve already covered and artists they’ve introduced to the world. This new compilation celebrating the label’s anniversary sums it up nicely, featuring artists who’ve graced their catalog like Courtney Barnett, Metric, Andrew Bird, Sleigh Bells, Fidlar, Polica, and more. This record is a great way to celebrate 10 years of Mom + Pop, but it’s also just a great mix of old and new indie rock favorites.

Massey Hall in Toronto has hosted countless legendary performances in its 124 years of existence. This new compilation series done in collaboration with Canadian record label Arts + Crafts kicks off with a celebration of some of the modern acts who are playing the space today before they join the ranks of the legends who came before them. The comp features live performances from excellent Canadian acts like Japandroids, Andy Shauf, Emily Haines & The Soft Skeleton, Destroyer, Hayden, and more. 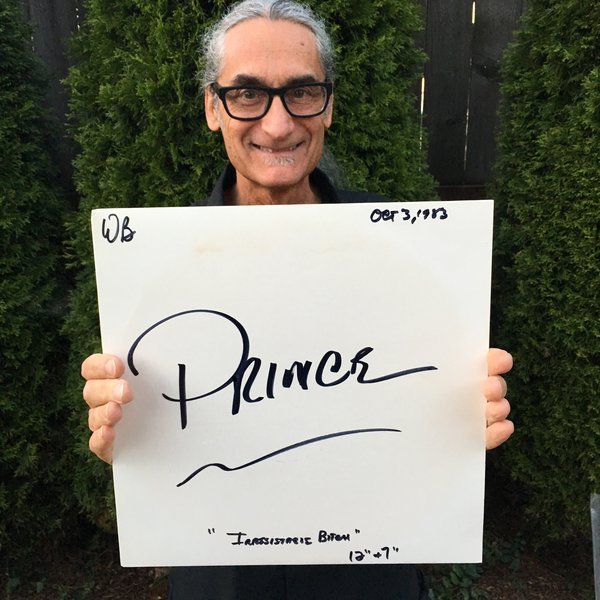 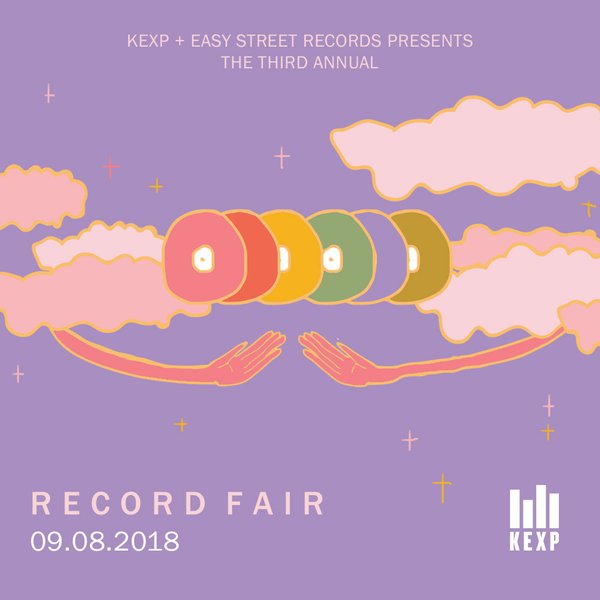 KEXP's 3rd Annual Record Fair is this Saturday, September 8th in the Gathering Space. We asked this year's vendors, "What's the Rarest Record in Your Collection?" 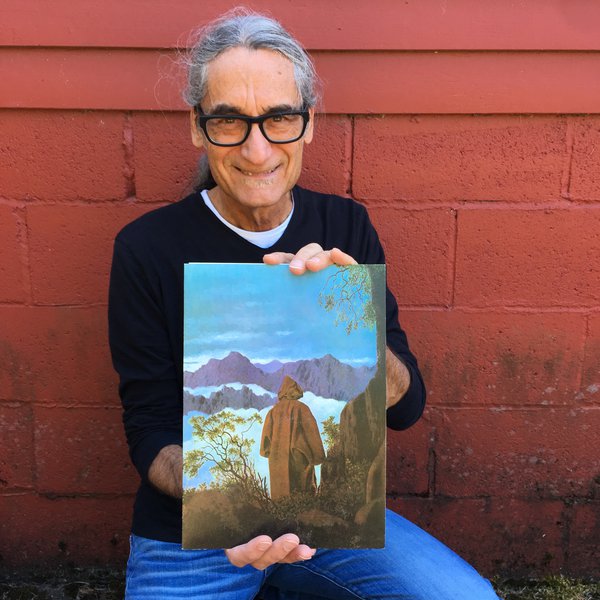