Everyone knows Moby is all about a soundtrack. I mean, he began his career in 1988, and by 1997, he already had enough film scores and contributions to release the collection I Like to Score, which includes his version of the James Bond theme used in Tomorrow Never Dies, his cover of Joy Division's "New Dawn Fades" used in Heat, and anyone who's listened to DJ Morgan's show has surely heard "Go," which samples Angelo Badalamenti's "Laura Palmer's Theme" from Twin Peaks. By now, with this year's release of his fifteenth full-length Everything Was Beautiful, and Nothing Hurt, he could surely release an I Like to Score, Volume Two or Three.

(And we haven't even mentioned Moby Gratis yet, a resource he launched in 2013 for independent and non-profit filmmakers, film students, and anyone in need of free music for their film, video, or short. Moby has made over 200 of his tracks available to license for free. And, hey, if your film is for profit, you can still use the resource — Moby will just donate all licensing fees to the Humane Society, cause he is that rad.)

On Thursday, December 6th, KEXP's annual Yule Benefit concert will take place at McCaw Hall, where Moby will present a very special orchestral performance, featuring his many hits, accompanied by members of the Pacific Northwest Ballet Orchestra, with Emil de Cou conducting. All proceeds will benefit KEXP Programming. (Did we mention he's rad? Tickets on sale now!) So, while we eagerly await the opportunity to hear unique new interpretations of his songs, we wanted to stop and recognize the ways we may have initially discovered his music, which — for many of us — was through the use of his songs in film and TV. Aside from the songs on I Like to Score, KEXP has collected five more of our favorite film and TV moments using Moby's music. (And, yes, we had to limit it to five, because the list is actually in the hundreds. He really likes to score.)

If there ever is an I Like to Score, Volume Two, the single "Extreme Ways" would have to be track one. The song already has a cinematic feel, with Moby's low-growl vocals dripping with attitude, making it the perfect song to play over the end credits of all five films in this action film franchise.

For the first couple uses, they used the album version off 2002's album 18. By the third film, The Bourne Ultimatum, Moby had re-recorded the album track as "Extreme Ways (Bourne's Ultimatum)." He re-recorded it again for 2012's The Bourne Legacy, this time titled "Extreme Ways (Bourne's Legacy)", and re-recorded it again for 2016's Jason Bourne and if you guessed the new title as "Extreme Ways (Jason Bourne)", you'd be right. How many times can Moby revisit the same song over and over again? In an interview with Slash Film, the movie's producer Frank Marshall said Universal Pictures is hoping for a sixth installment. I hope Moby can think of a good remix title.

POSSIBLE SPOILER ALERT: One of the most moving uses of a Moby song has to be in "Closure", the 11th episode in season seven of the long-running sci-fi drama TV show The X-Files. Up until this episode, one of the ongoing story-arcs was FBI agent Fox Mulder's (David Duchovny) search for his sister, Samantha, who disappeared when he was 12-years-old. While the majority of the series soundtrack was composed by the-now-infamous Mark Snow, the track "My Weakness" off Moby's album Play scored the heavily-emotional scene where Mulder discovers what happened to his sibling.

In a 2009 interview with Rolling Stone, Moby looks back at the track: "I know it’s beautiful but it also makes me feel uncomfortable. '“My Weakness' is such a strange piece of music. There’s no drums and it’s this odd African choir loop — I sampled it 12 years ago, I don’t remember what it’s from. What was most gratifying for me when Play became successful was when people liked the more obscure songs... I was so flattered that someone had listened to the whole record."

(In another season seven episode — "All Things", written and directed by the show's leading actress Gillian Anderson — Anderson specifically requested the Play track "The Sky is Broken" as she felt the song's lyrics fit with the episode's theme.)

OK, ANOTHER POSSIBLE SPOILER ALERT: A more recent use of Moby's music in a TV series was in "Chapter Eight: The Upside Down" from the first season of Netflix's Stranger Things. While the majority of the soundtrack harkened back to the '80s ("Should I Stay or Should I Go" by The Clash, anyone?), the track "When It's Cold I'd Like to Die" off his 1995 album Everything is Wrong has a timeless quality and was a perfect fit to the season finale's dramatic fight and rescue scene. Against a stirring, sparse, elegant use of strings, guest vocalist Mimi Goese (of the '80s band Hugo Largo, so there's your decade-connection) sings: "Where were you when I was lonesome / Locked away in this freezing cold."

In an interview with Consequence of Sound, Moby remembers the song "originally had a lot more going on. The original version of it, there were maybe some drums and a bass line and some other elements. It just wasn’t as interesting. There was something about removing 90 percent of the elements that actually brought out the inherent vulnerability of the song. That was something that I learned: Sometimes by reducing the number of things in a piece of music and ostensibly making it less technically viable, you actually enhance the strength of the music. So that was a good lesson."

Maybe part of the reason why Moby is so generous to the film world is because the film world helped get him where he is today. As Moby explained to Rolling Stone, "The week Play was released, it sold, worldwide around 6,000 copies. Eleven months after Play was released, it was selling 150,000 copies a week." So, what happened in those eleven months? The Beach was released, a movie starring Leonardo DiCaprio in his first role since Titanic directed by Danny Boyle who was still riding the high of his movie Trainspotting. As Leonardo and the rest of the village walk down to the beach and discover its beauty, the swooning string samples and delicate piano pieces of "Porcelain" play in the background. "He used the music so well in the movie. I think that’s when a lot of people became aware of the record."

He continued: "Strangely enough, that’s probably the most signature song on the record, and I actually had to be talked into including it. When I first recorded it, I thought it was average. I didn’t like the way I produced it, I thought it sounded mushy, I thought my vocals sounded really weak. I couldn’t imagine anyone else wanting to listen to it. When the tour for Play started, 'Porcelain' was the song during the set where most people would get a drink."

And finally, though it's not a song he wrote, we have to mention Moby's guest appearance on the third season finale of the NBC hit sitcom 30 Rock. In an episode titled "Kidney Now!", Jack Donaghy (the Vice President of East Coast Television and Microwave Oven Programming, as portrayed by Alec Baldwin) is looking for a suitable kidney donor for his long-lost dad Milton Green (Alan Alda) who he was recently reunited with. He calls upon his celebrity friends to write an anthem to draw attention to the cause — think "We Are the World" but y'know, for a kidney.

Moby is part of the celebrity choir alongside fellow KEXP faves like Elvis Costello, Steve Earle, Wyclef Jean, Norah Jones, and Rhett Miller among several others. As producer Jeff Redmond explained in the DVD commentary, "I think we had angles that everyone has two kidneys and you'll only need one kidney, and we thought 'Alright, we'll get some distance on that.'" (To which, Mike D and Ad-Rock of the Beastie Boys with Talib Kweli offer the helpful rap: "They say that two is better than one / But sometimes one is better than two / If you had two dogs attacking you / You'd want just one / There we proved our point!")

And appropriately enough, after the episode aired, the song was made available for digital download on iTunes with all the proceeds from the sales going to the National Kidney Foundation. 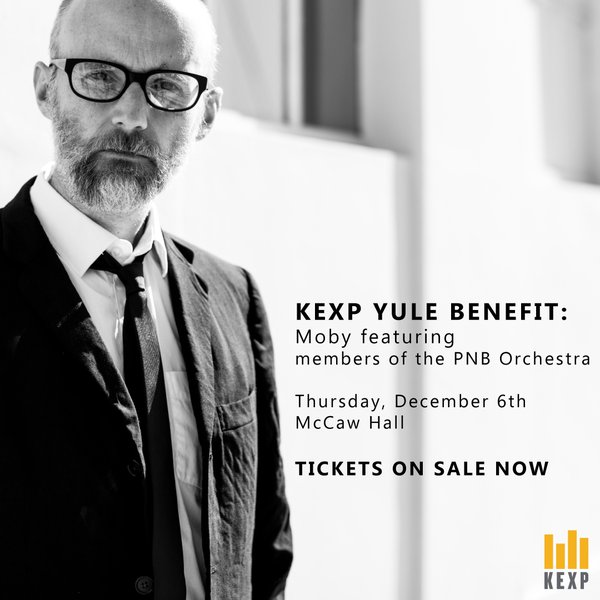 On Thursday, December 6th at McCaw Hall, musician and activist Moby will showcase the breadth of his career with the Pacific Northwest Ballet Orchestra, to benefit KEXP. 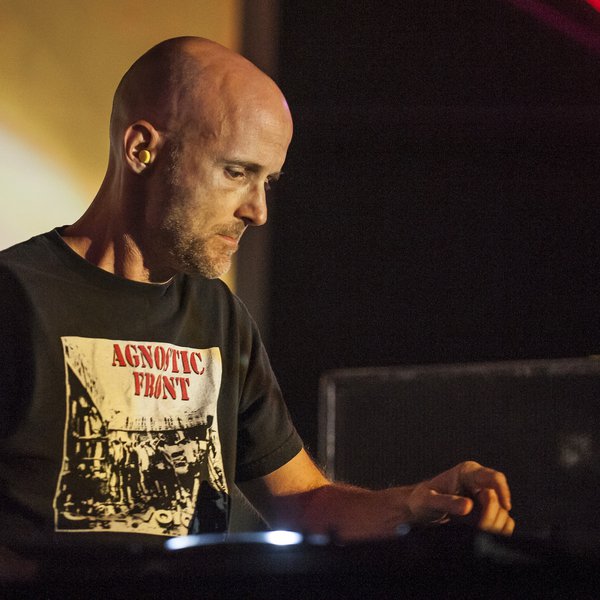