We wrapped up day two of the OFF Festival in Katowice, Poland in the wee hours of the morning, tired but very happy and with the desire to reflect on the many positive aspects of the festival. We have been so impressed with OFF Festival, not just because of the high caliber of the lineup but also in its technical execution. It’s so well organized that nothing has felt amiss. The festival crew is on point and attentive, and the food, drink, and merch selection is phenomenal and really highlights some of the best things that Poland has to offer in its arts and culture. It’s a great size, very easy to get around to the various stages quickly, and isn’t too crowded. And most importantly, the attention to detail when it comes to the stages -- the sound and lighting -- are perfect, not to mention it seems that the artists are being treated really well. Most of the bands that I’ve spoken to so far have noted how comfortable they have felt. I told OFF creator, Artur Rojek, how impressed I have been with all of these details and he told me that he has put a lot of energy into making sure the bands sound their best; he has had the same stage and tech crew working every year since the festival started in 2006. OFF really is a well-oiled machine and the love shows!

Our day started with artist interviews again, meeting up with Warsaw, Poland-based band Bastard Disco. Their excitement to be at the festival was palpable. Bastard Disco are comprised of four members, each from different countries who met by chance, became friends, and decided to form a band. They told me about the Warsaw music scene and how rock music is just beginning to be a genre that musicians here are interested in creating and that techno and dance music is very popular, so they decided to make rock music with a dance influence and named themselves Bastard Disco as a nod to that. They have been going to the festival for years and since forming the band have made it their number one goal to perform at OFF. Now that they are, they’re not sure what to do next! We’re looking forward to seeing them perform on Day 3.

Next, we met up with Go and Tomo, two of the five members of Tokyo based psych rockers Kikagaku Moyo (which translates to Geometric Patterns). They had just wrapped up their blistering performance and were nice enough to take the time to tell us about how they formed and about their time touring the world.

They began playing as street performers in Japan in 2012 until they released the first two records, and were invited to hop on festival bills like Desert Daze and Austin Psych Fest. The rest has been touring ever since, including a couple stops in Seattle playing sold out shows at The Sunset each time. If you dig technically proficient and creative psych rock -- not to mention that the band includes an electric sitar -- definitely check out Kikagaku Moyo.

Our last interview of the day before heading out into the festival grounds to go check out some shows was one that I was legendary electro/dance/psych pioneer Simeon Coxe aka Silver Apples. Now 79 years old, Coxe talked to me about the history of the band he never thought would make it past the first record that came out back in 1968. Originally from Tennessee, then based in New York, Coxe and drummer Danny Taylor (who passed in 2005) created minimalistic dance beats on a synthesizer of his own creation made from busted electronics he found and put together that he could “sing poetry over.” What came out of this turned out to be the building blocks for what we now know as dance pop/electronic psych rock/with Krautrock style drumming.

Silver Apples were signed to a small label to release their debut self-titled record and were set to release their second when the label was folded into MCA, who shelved the record and Silver Apples called it quits. Flash forward to the mid-1990s when after 25 years, Coxe found out that Silver Apples records had been bootlegged and had a cult following all that time inspiring them to approve official reissues and reformed the band much to the delight of fans.

In 2016, Simeon Coxe released a brand new Silver Apples record called Clinging To A Dream and has been touring, including his performance at the OFF Festival. It was amazing to see this pioneer of electronic dance music doing what he does best for a room of happily dancing fans.

We wrapped up our interviews and then went out into the festival to see some live music!

PJ Harvey put on an amazing show on the main stage as the sun was setting:

We spoke to Janka back stage before his performance and couldn’t wait to go check it out. He told us that there is a traditional style of music in Sierra Leone called Bubu that is comprised of large ensembles of bamboo flute players. Janka was the first to take the style and modernize it by using guitar and synth instead of flutes. He was so friendly when we talked with him and that zest for life translated into an incredibly fun live show.

Ever since I spoke to festival creator, Artur Rojek, on the first day of the festival about the performance he was planning I could not wait to see it! Rojek and the band Kwadrofonik performed, in its entirety, the score and songs of the short musical film by David Lynch and Angelo Badalamenti called Industrial Symphony No. 1. Kwadrofonik did an incredible job playing the thunderous industrial noise of the score, beating on a metal sheet and plucking the strings of the inside of a piano, drums, synths, you name it, and then deftly transitioning into the delicate songs of Angelo Badalamenti as performed by Julee Cruise (many of which are featured on the show Twin Peaks and the 1989 album Floating Into The Night). Artur Rojek sang in the place of Julee Cruise, hitting the timing (and the high notes!) of the video playing behind him so that it looked like his voice was coming out of the angelic and floating Cruise. They capped off the performance with an encore, doing the iconic song "Falling" aka The Twin Peaks Theme with the bird on the branch projected on the screen behind them. It was perfect.

We saw one more thing before heading back for the night, day 2 at OFF wrapping up with an eerie, transcendental performance from Russian collective Phurpa who have mastered the musical tradition called Bön that was common in Tibet before the arrival of Buddhism. They sit, cross-legged and hooded, blowing through long horns, ringing bells, banging drums, then hit your ears and body hard with the tantric vocal technique called aliquotic singing sometimes getting so loud it hurt my stomach. It was an incredible thing to witness and highlights the diversity in the lineup of the OFF Festival.

Day 3 is starting now and we’ll be having some exclusive live performances today that we’ll be filming, so make sure to check back to see what we’re up to. Over and out. 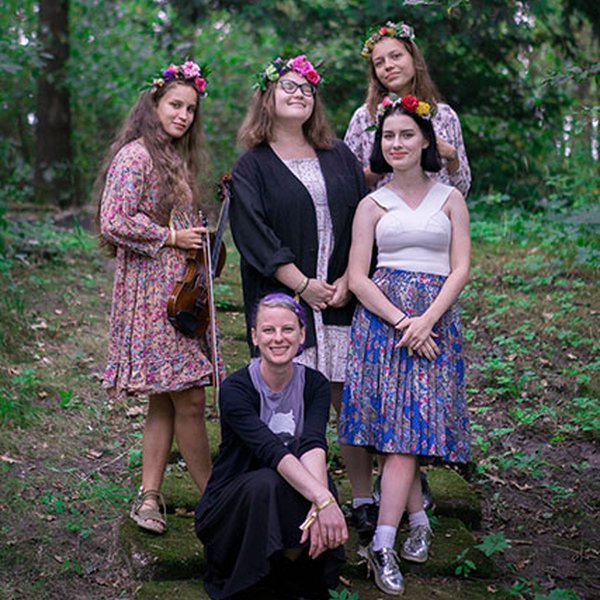 We just finished having breakfast with our friends from Don’t Panic! We’re From Poland, an awesome organization that promotes Polish culture across the world, who assisted KEXP in coming to and broadcasting from the OFF Festival. Just as an aside, the Polish people do not mess around when it comes … 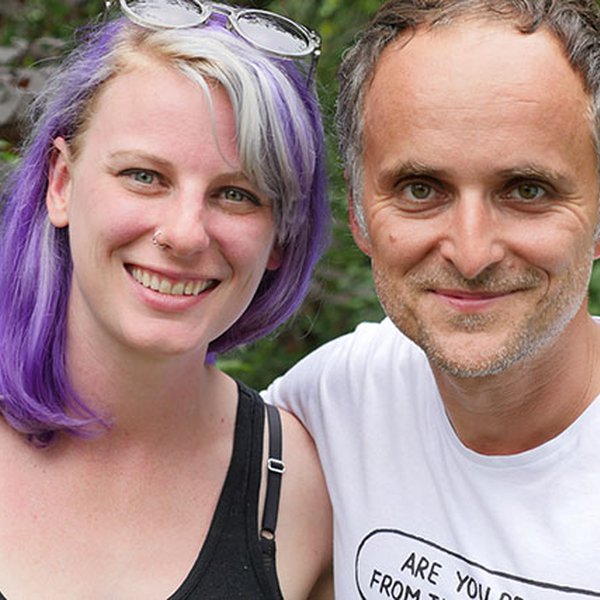 Now in its 12th year, the OFF Music Festival in Katowice, Poland has established a place as one of the most unique and enjoyable in Europe. Established in 2006 by renowned Polish musician and self-proclaimed music fan, Artur Rojek, it has grown into a destination for over 15,000 music fans per day …