Now in its 12th year, the OFF Music Festival in Katowice, Poland has established a place as one of the most unique and enjoyable in Europe. Established in 2006 by renowned Polish musician and self-proclaimed music fan, Artur Rojek, it has grown into a destination for over 15,000 music fans per day to descend upon and consume as much live music as they possibly can.

The KEXP crew and I left Seattle last Wednesday after several weeks of pouring over the lineup, scheduling bands to connect with and getting organized to do our first live broadcast from Poland. With the help of our amazing coordinator, Jarek Szubrycht, we made it without a hitch and immediately began learning the history of the city of Katowice where the festival is held. It turns out Katowice has a strong passion for music all year round, being home to the seat of the Polish National Radio Symphony and Orchestra, the famous Rawa Blues Festival, the Tauron New Music Festival, the Silesian Jazz Festival, the Mayday electronic music Festival, and the internationally renowned Karol Szymanowski Academy of Music, which has a strong classical music element including celebrations of the most famous Polish composer, Frederic Chopin. No doubt, Katowice is the perfect home for the OFF Festival.

Thursday found us heading to the festival grounds, which is a gorgeous park called Dolina Trzech Stawow. Tons of trees, ponds, and open fields already covered in set-up crews putting the stages and booths together. We picked our spot to broadcast in the artist lounge area, a nice tent with food, drink, hammocks, and tables -- plus, you know, we might get to see some bands hanging out. All set up and ready to go, we got some sleep for a busy day to come.

Day one of the festival kicked off around 2 PM on Friday and we got to work. The Midday Show broadcast didn’t start until 7 PM, so we spent our day meeting up with bands and recording interviews (which we’ll be posting soon).

The first band I spoke with was Warsaw trio, Guiding Lights. They play fun, short pop-rock songs with male/female vocals and strong melodies among crunchy guitar riffs and bright drum beats. We talked about what it’s like to be a newer band in the Warsaw music scene and how passionate the music community is there for music venues and supporting each other’s work. As regular attendees of OFF Fest, they were very excited to be on this year’s line-up. Their new record dropped in March called New Ways To Feel Bad.

Next up I was lucky enough to score a little time to chat with OFF creator, Artur Rojek. Rojek is one of the most popular and influential musicians in modern alternative music in Poland. He was the singer and guitarist for the band Myslovitz, active from 1992-2012, and has been releasing solo work since, as well as running OFF each year. Rojek began OFF in 2006, he told me, because he is first and foremost a fan of music and wanted to create a festival for alternative music, which was not available in Poland previously. OFF is unique in that it does not have a corporate presence and feels very grassroots, yet is still beautifully organized and comfortable to attend. The bands are chosen not with maximum attendance in mind, but because Rojek likes the bands, period. The lineup over the years has ranged from local Polish bands, mid-level European bands, as well as large international acts including Iron & Wine, Mogwai, The National, Spiritualized, The Flaming Lips, PIL, Blonde Redhead, The Stooges, My Bloody Valentine, The Smashing Pumpkins, The Jesus and Mary Chain. KEXP is so glad that Artur Rojek has invited us back for the third year to experience the festival and discover new music.

Tonight, Rojek and the band Kwadrofonik are going to be performing Industrial Symphony No. 1, composed by Angelo Badalamenti in cooperation with David Lynch with Rojek replacing the vocals of Julee Cruise, who sang on the original piece. You know I’m excited to see that.

UK band Shame are on the rise, quickly getting up and out on tour before their debut full length has been released. They are one of those bands that you know are going to have a career to watch out for with their high energy, political mindedness, and compelling stage performance. They told me they are going to be coming through Seattle in March, so make sure to catch their show when it gets booked!

Another of the great Polish bands at OFF this year is Trupa Trupa from the city of Gdansk in the North of Poland. Self-described as a mix of psychedelic harder rock and influences of The Beatles, their 2015 release Headache has very strong song writing and seems to be carrying that strength over to singles we’ve heard from their upcoming record Jolly New Songs due out later this year. Definitely watch out for these guys.

C Duncan was nice enough to take some time out of his busy schedule to sit and chat with me. Out of Scotland, Duncan has released three records since 2014, of which his debut Architect was nominated for a Mercury Prize. He masterfully mixes his classically trained sensibilities with dream pop and lovely vocals stylings. He’s recently been touring with Elbow -- which he casually referred to as “a band called Elbow”, to which I asked “THE Elbow?”. Yeah, THE Elbow. No big deal. C Duncan is currently working on a new record, which I am very excited to hear when it’s released.

You think we were done after this? No way! Finally, we hit 7 PM and began the live broadcast of the Midday Show. It was fun to talk to John as he was wrapping up the Morning Show in Seattle and it was hard to wrap my mind around the fact that it was still morning there and we already had a super full day and were approaching sunset.

During the show, UK band Ulrika Spacek stopped by to chat with me about their performance at OFF and we talked about their recent KEXP podcast Song of the Day, "Full of Men." They have no plans of coming to the US yet, but definitely want to come if they can!

And the final interview of the day (unless you count the awesome cameo Kevin from The Men made on the show to say hello) was with UK Krautrock/electro/funk/drone/experimental trio Beak>, whose members consist of Portishead’s Geoff Barrow, Robert Plant collaborator Billy Fuller, and Will Young. They were so much fun to talk to, going into how they met and became a band, what it was like having Arcade Fire ask them to jump on a couple shows of their tour because they are fans, how Win Butler remixed one of their newest songs “Sex Music” and dropped some cool news that Portishead is still active and recording new songs. Plus, we took this amazing picture together. Not to mention their actual set on the Forest Stage was mind blowing. Mind blown.

What an amazing first day. Ok, I need to wrap this up because we are about to head back to the festival grounds right now to cover day two and check in with more great artists. Off to OFF! 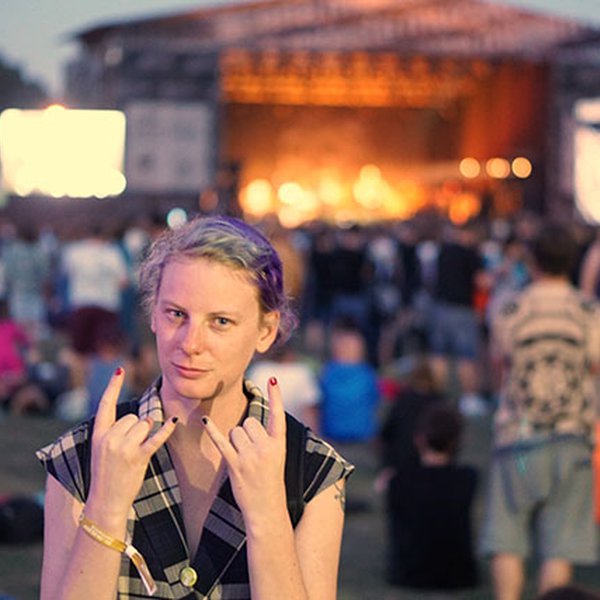 We wrapped up day two of the OFF Festival in Katowice, Poland in the wee hours of the morning, tired but very happy and with the desire to reflect on the many positive aspects of the festival. We have been so impressed with OFF Festival, not just because of the high caliber of the lineup but also... 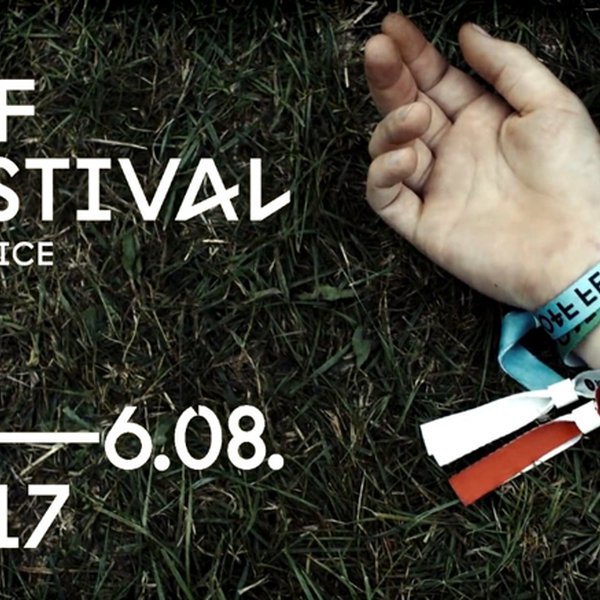 KEXP is excited to be heading back to Katowice, Poland for our third year at the OFF Festival, this Friday, August 4th through Sunday, August 6th! (See our coverage from years past here.) Our goal, as always when partnering with amazing festivals like OFF, is to discover and share new music from ...