Live Review: Flight Facilities with Beat Connection at Showbox at the Market 2/21/15

There's this interview reel with Rod Serling that plays over the intro of Flight Facilities opening dance number "Two Bodies" on their debut LP, Down To Earth. Here, the famous Twilight Zone narrator reconciles the ideas of commercialism and creativity as the house beat fades in and Emma Louise sings straight to your soul. I don't blame the Australian duo for kicking their album off this way. Coming from a country that has been (much like the US) completely and totally overrun by run of the mill EDM trash, it's easy to see how Flight Facilities want to jump to defend themselves at first opportunity. But listening closer, past the lights and the smoke and the full hour of pounding 4/4 tempos, you can hear a very well articulated individuality in Flight Facilities. After years of successful one off singles, Down To Earth puts the group on the global map, allowing them to make shows like tonight happen. Their first time in Seattle is a sold out gig at the Showbox with one of the city's best electronic groups, Beat Connection, providing support. And as the lights flash and house beats pulsate in your head, there is an excellent mixture of industry know-how and refreshing innovation that makes a Flight Facilities show one that doesn't fit in neatly alongside their competition. And it's just that facet that makes this act one that people don't want to miss for anything.

Flight Facilities couldn't have picked a better band to open up their Pacific Northwest dates on this tour, but anyone from Seattle could have told you that. Beat Connection continue to show their stripes as one of the city's most dynamic and engaging bands, constantly growing and expanding their sound into new and more adventurous territory. For the last year, the band has been slowly feeding us singles made of solid gold, starting with "Hesitation" and, most recently "Another Go Round", with some mixtapes, remixes, and redux work in between. But until we get the proper follow up to 2012's Palace Garden, we in Seattle are lucky enough to get to watch every step of the band's live evolution into one of the best acts to catch. I swear every time I see them they just get better. The Flight Facilities crowd had the wonderful opportunity to hear some not yet released material tonight, as well as the above new singles and some favorites. There's just not much you can complain about between that magical Tom Eddy smile and Reed Juenger's impenetrable, ice cold gaze. Beat Connection found more than a few new fans in the crowd tonight and played an excellent set for the rest of the steady fans present who can't wait to hear more. 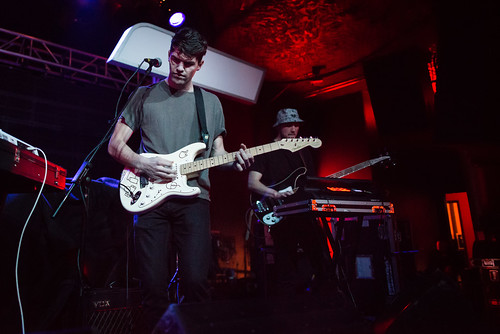 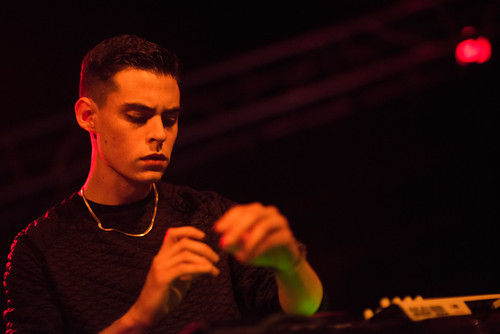 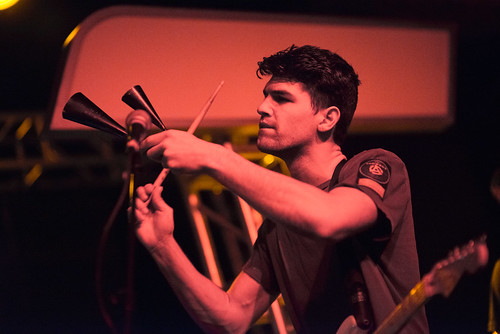 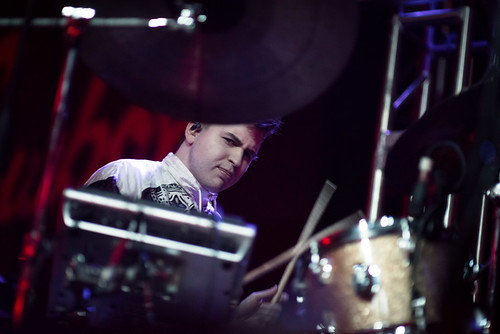 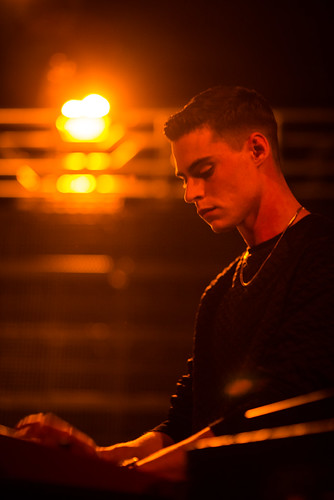 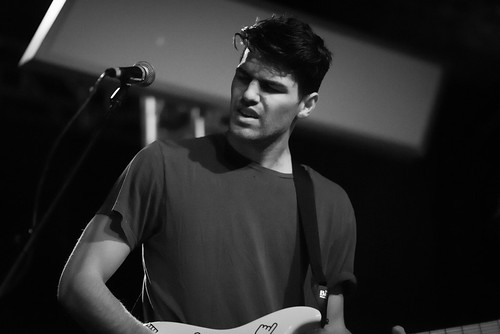 As the lights drop, Hugo Gruzman and James Lyell file onto the stage to massive applause. Both decked out in full aviator costume, there is a stark difference between the style choices of the two. Gruzman has a leather cap with goggles, with matching yesteryear attire below, while Lyell rocks a commercial pilot cap and a captain's suit. Together, the two bookend Flight Facilities quite nicely. Lyell is a testament to the band's professionalism, and the fact that they are just doing it right, everybody will be dancing and they're doing it right. But on the other hand, Gruzman is a beacon of the great beyond, that place of exploration where Flight Facilities dare to tread even though there isn't promise of success or commercial appeal there. It's in the space between that the duo find themselves both down to earth and up above in the clouds.

A Flight Facilities show isn't quite a DJ set in the traditional sense - it's a little bit more. Yes, the two did drop Daft Punk classic "Revolution 909" at the outset to get the crowd pumped, but both for the most part, Gruzman and Lyell played the background. From this point on, the two spun all their own tracks, accompanied by one of two special touring vocalists, one of whom is the Australian pop wonder Owl Eyes. Owl Eyes is featured on Down To Earth for the cut "Heart Attack", but she took over vocals for the rest of the female led tracks with ease. The crowd favorite "Clair De Lune" was particularly awesome, as Owl Eyes floated back and forth across the stage like a ghost in the wind. But the more somber notes of "Two Bodies", "Clair", and "Heart Attack" were countered with very playful and flirty takes on "Crave You" and "Stand Still". Owl Eyes was a perfect choice for fronting the Flight Facilities live presence, as her vision of the tracks at hand coincided quite perfectly with that of Gruzman and Lyell.

Energy built cleanly through Flight Facilities' set as they worked their way through the better part of their hour-long record. The two kept a wonderful rhythm between tracks, always holding energy with great transitions and smooth mixing. One wonderful surprise was came towards the end of "Stand Still", as they faded the track into the excellent Wave Racer remix of the same song for a really explosive ending. Towards the end of the set, as tracks got less pop and more house, the barrier between the vocalists and the DJs faded, and "Down To Earth" made for a rapturous ending to the main set. Flight Facilities may strive (according to their own assessment) for commercial sustainability, but the way they choose to color inside the lines is one that not many try and tackle. Mixing the best elements of pop shows and dance shows alike, Flight Facilities will find themselves welcome back in Seattle any time they like. 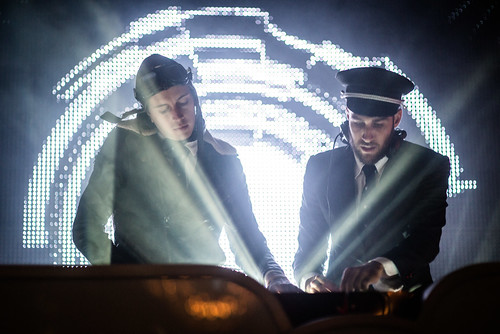 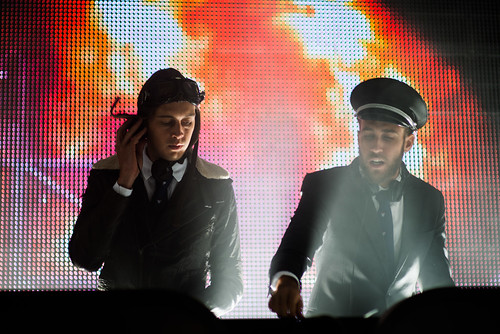 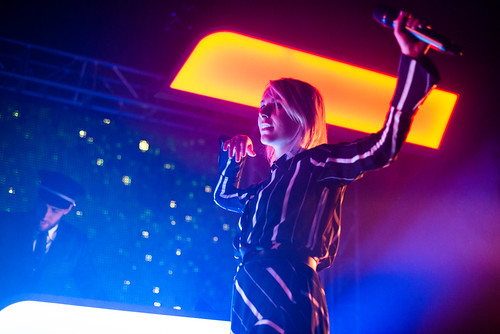 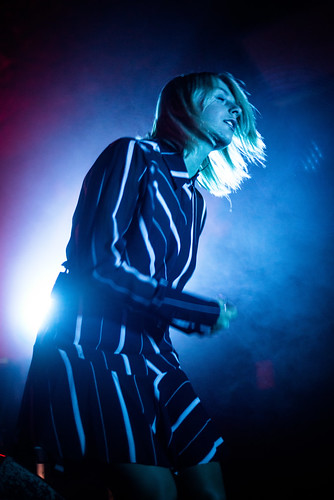 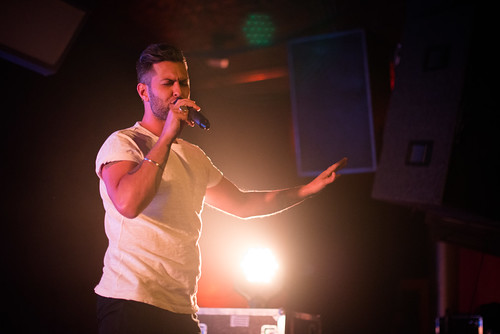 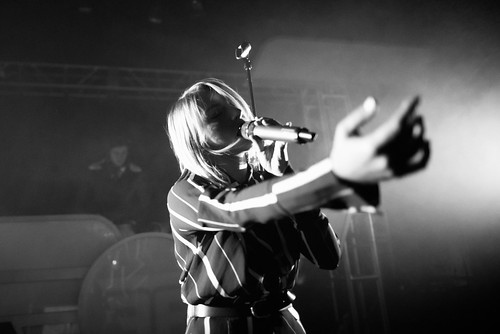 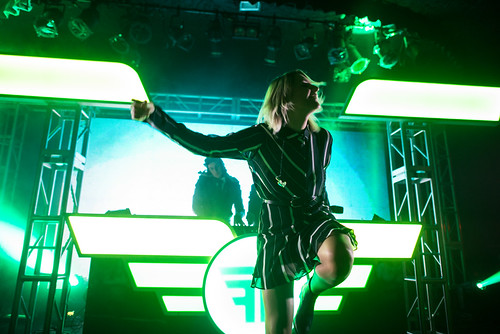 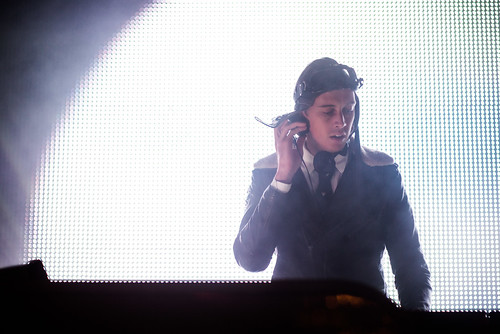 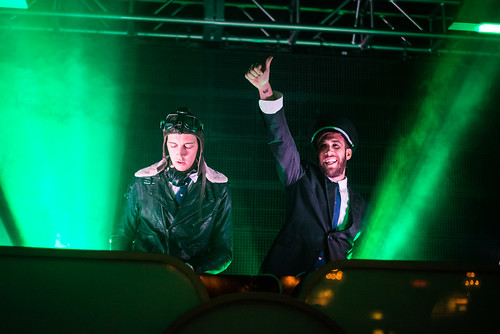 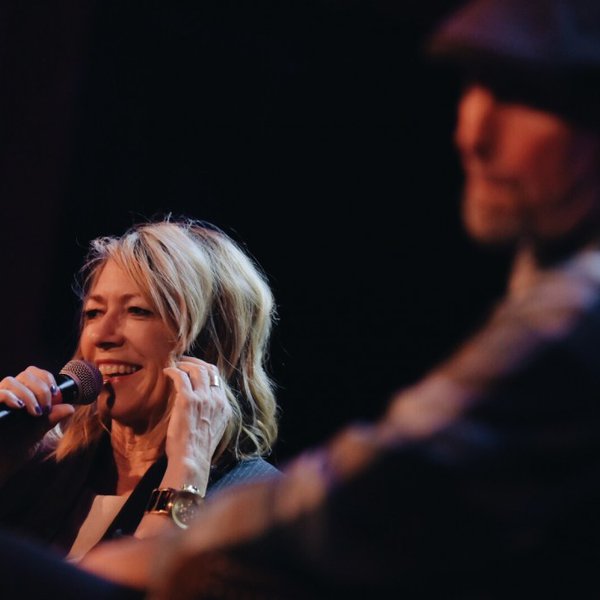 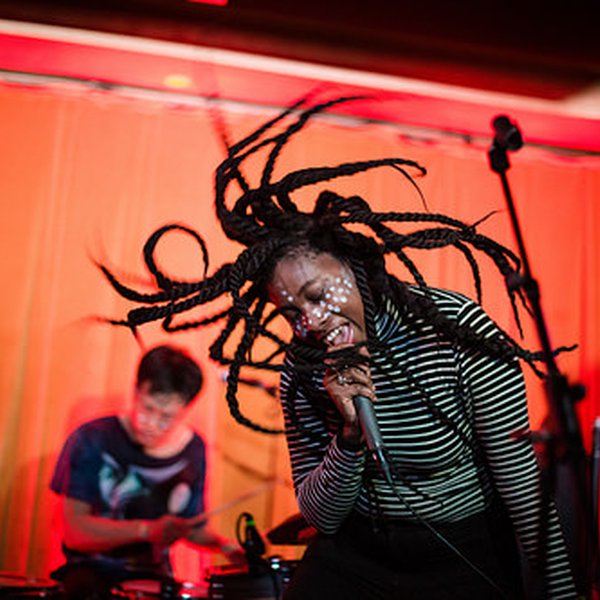 There's only so many ways I can say it: Brooklyn dance outfit Body Language deserves to be twice as big as they are in every way. Almost seven years into their band's career, two LPs and a handful of excellent EPs and singles to their name all with massively different character and direction, Bod...