Perhaps nobody spends more time and works as closely with the artists performing in our live studio than KEXP's team of video producers. From setup, to performance, to the hours spent editing each session, KEXP video producers get to see the ins and outs of every performance, sometimes over and over again! They also get to literally watch bands' popularity rise as millions of viewers and subscribers to our YouTube channel watch the videos we produce. Assisted by a crew of volunteer videographers and editors, KEXP staff Video Producers Scott Holpainen, Justin Wilmore, Luke Knecht and Jim Beckmann get to be part of something really special. Here are their favorite KEXP videos published in 2013: 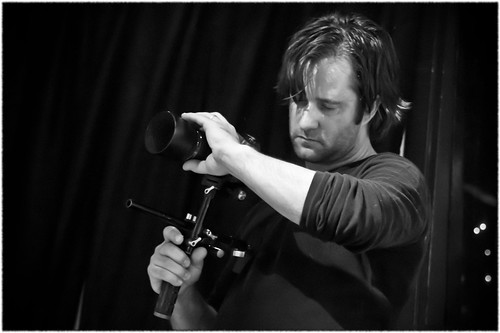 Jonathan Wilson - US Social Club SessionJonathan is simply making my favorite music at this point in time. Very proud of the crew for pulling this together last minute. I feel it's the best single session we've ever captured. Big thanks to my friends at Underwood Stables for providing the perfect location.http://youtu.be/1Ghow9gOYec

Black Rebel Motorcycle Club - Let The Day BeginA tribute to Michael Been of The Call who passed away in 2010. (BRMC bass player Robert Levon Been's father)http://youtu.be/xPj1zM6qVp8

Howe Gelb - Running BehindHowe Gelb has provided a soundtrack for my cosmic travels ever since The Friends Of Dean Martinez released "The Shadow Of Your Smile". Seeing him perform at Pickathon this year was a hilariously transcendental experience.http://youtu.be/Sg8Nwh9zazk

Red Fang - No HopeGave a little of my hearing to Red Fang during this session. Well worth the investment. Best of the best NW bands! http://youtu.be/BzylbcYesNM

Oblivians - EmOblivians wrote this song about my 5 yo son Emmet. Not really. But don't tell him that. I sing it to him all the time. "Days are dark but the suns gonna shine again, when I think about you Em"

Ty Segall - SleeperTy Segal will save Rock 'n Roll. I'll lay my life on it. After this performance at Pickathon, Ty and I discussed starting a Dead Milkmen cover band. Well, really just a "Big Lizard In My Barkyard" cover band. I really hope it works out.

Chelsea Light Moving - The EcstasyChelsea Light Moving joined us at Mellow Johnny's during SXSW and gave us what I would consider one of the top 5 performances we've captured on the road. The week after they stopped by KEXP. Thurston sat in my office and watched the CLM videos I just finished editing from SXSW ( http://youtu.be/t63myjDkJ8Q ). It was one of those moments. This song was written in the studio with words from a poem on the inside of a candy bar wrapper that KEXP DJ Sharlese gave to Thurston. Amazing. I'll never forget that night. I love my job. 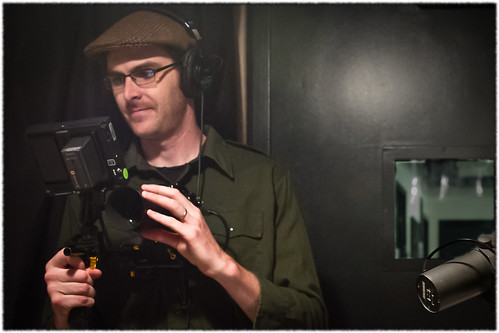 As a Video Producer here at KEXP, I get to work on most of the live sessions that happen here at KEXP and abroad. We produce a lot of videos. I whittled this list down from a massive catalog of amazing things that happened this year. Some of these videos we shot last year but we didn’t get to show them to the public until this year. Here they are in no particular order. 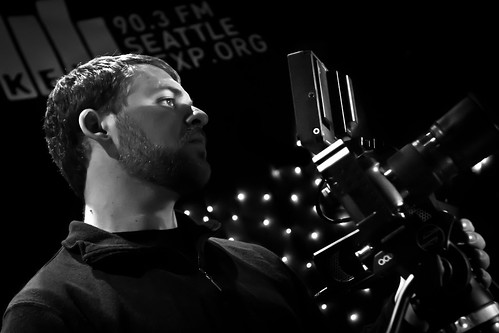 A whole year has passed and through the hundreds of performances and songs, sometimes a few stand out. Being in front of an amp or a moving performance may be the best part of this job and luckily we get to share the experience with the world. The KEXP video team works hard to bring these moments to life. Here are my top ten videos (in no particular order) released in 2013.

Charles Bradley and The Menahan Street Band - How Long"The Screaming Eagle of Soul" tore my face off with this performance.http://www.youtube.com/watch?v=6Tf4fYMT0hA

Iron and Wine - Full PerformanceAn intimate performance by Sam Beam, just as soft and humble as the first time he ever played at KEXP.http://www.youtube.com/watch?v=d7frMEz4ivI

Jamie Lidell - A Little Bit MoreWhile electronic sets can be fun to listen to, sometimes they're just as fun to film and edit... and dance... while editing. http://www.youtube.com/watch?v=nX9VXg-Mn88

The Fame Riot - Try to Be BetterYou wouldn't even believe how young they are. They rock so hard!

Gary Clark Jr. - Full PerformanceBeing sandwiched between three amps screaming the blues.... "these are a few of my favorite things" 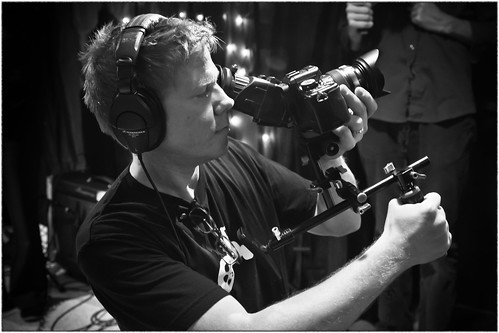 There were too many great moments in the KEXP studio to mention. Our Savages, Jonathan Wilson and Mudhoney on the Space Needle videos all set benchmarks for us this year, and the other guys already mentioned those as well as Thurston Moore's amazing session in our studio, when he wrote two songs just for KEXP. Here are a few other sessions, listed in no particular order, that stood out to me as highlights among the nearly 2000 videos we produced in 2013:

Shugo Tokumaru - Full PerformanceThis set was crazy. I didn't know what to expect, but I wouldn't have dreamed of a room full of toys, puppets and some of the oddest instruments I've ever seen. We were scrambling to cover it all. I don't think that if we had ten cameras in the room we would have been able to capture everything going on. http://www.youtube.com/watch?v=BSpJRiV3CGw

The Barr Brothers - Even The Darkness Has ArmsWe've recorded over 100 sessions in Iceland during the past 5 years, including the career-making living room session with Of Monsters and Men back on 2010. Many of those sessions are among my all time favorites, and we still have a bunch to post from our 2013 sessions at Iceland Airwaves. This session dates back to 2012, but wasn't produced until early this year. Previous to this, we had recorded The Barr Brothers in three other locations (at KEXP, Pickathon, and SXSW), so we wanted to do something special. It looks like we filmed them in the cloudy heavens but actually we were next to the Reykjavik harbor in Harpa, their opera house.http://www.youtube.com/watch?v=UmEpYu9EA4E

Moses Hightower - Sjáum hvað setur Another session from our 2012 trip to Iceland Airwaves. This session was really special. Not only was it with one of my favorite bands in Iceland right now, but it featured KEXP's own staff on backup snapping. The only one not included was volunteer videographer extraordinaire Shelly Corbett, who filmed it. Next time, you're in the video, Shelly!http://www.youtube.com/watch?v=SUXaTiMlEPg

Sharon Van Etten - TarifaSharon Van Etten is one of the sweetest, most talented and generous people we get a chance to work with. For this short session in the woods at Pickathon, she performed a brand new song making this raw, beautiful performance even more special for being a video/radio debut. http://www.youtube.com/watch?v=hsczXAVCF9o

Cloud Cult - Complicated CreationAbsolutely one of my favorite live bands of all time, Cloud Cult are also a pain in the ass to shoot. Don't get me wrong, they are probably the nicest group of people I've ever met and are very easy and pleasurable to work with, but there's always so much going on and so much beautiful chaos that it's nearly impossible to capture it all well. This video was one of the hardest to shoot and edit, but it turned out to be one of my favorites that I got to work on all year.http://www.youtube.com/watch?v=TzMX4BEXOmY

Aaron Neville - Full PerformanceOne of the best parts of being a video producer, and I'll always be thankful for this, is the opportunity to meet some of your idols, like living legend Aaron Neville. http://www.youtube.com/watch?v=MN5NdBxpzko

Nils Frahm - SaysFor a so-called minimalist composer, Germany's Nils Frahm sure works hard at building a dynamic soundscape. I could live hear for years. I also love the way he embraces mistakes and makes them part of his art, a lesson I wish more artists would embrace.

Phosphorescent - Song For ZulaThis may be my favorite song of the year. It comes from what's definitely my favorite album. We've shot Matthew Houck of Phosphorescent several times over the past years but never as a full band. It was another chaotic session and we tried our best... we really did.

Yo La Tengo - OhmSometimes I forget how much Yo La Tengo can rock out... This video always reminds me. It also makes me glad we got rid of the red walls.

Daughter, London Grammar and LuciusOkay, I know I'm cheating here, but I couldn't decided between these three female-fronted bands. All amazing and all captured at early moments in what I expect to be successful careers. Also, side note for all three: we videographers don't always get to hear the finished mix as we are filming the session, and so we often hear voices without any vocal processing... all of the women (and men) in these bands can really sing! 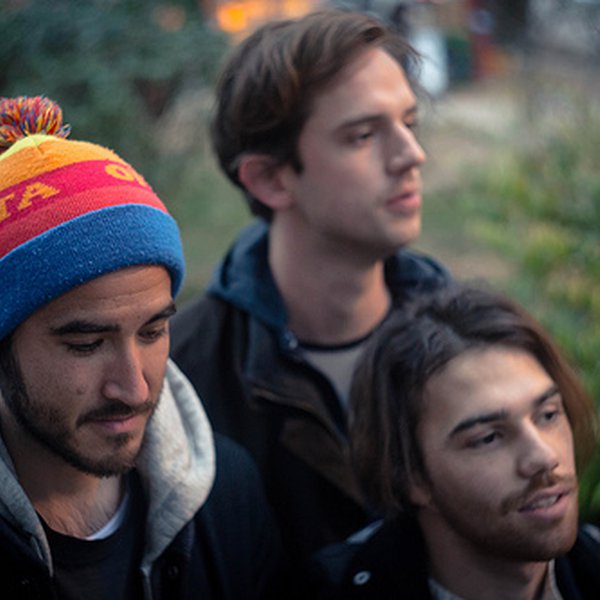 Leave it to an Australian band to save Brit Pop. Actually, they may be destroying it because reportedly Noel Gallagher is too busy listening to Jagwar Ma to get the old band back together. In truth, the young Aussies have revitalized the Madchester sound, though rather than sustain one long bacch... 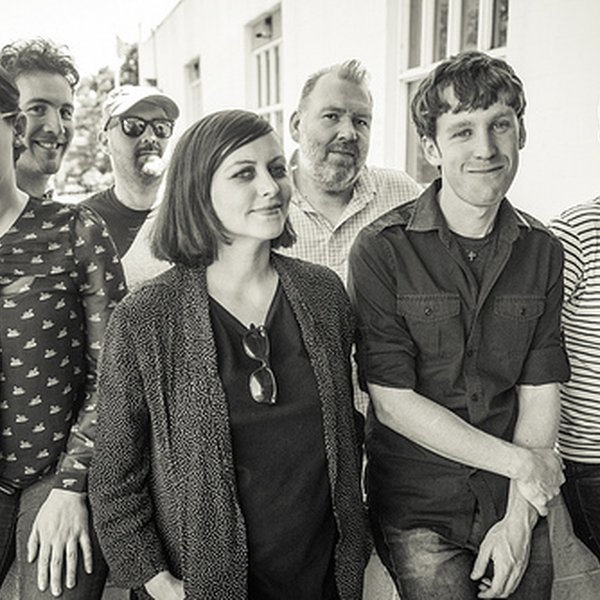 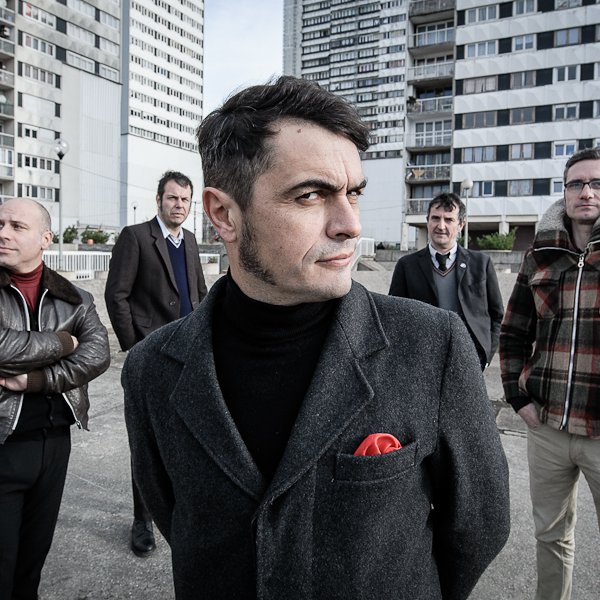 Phantogram can't help but fire up your passion. The upstate New York electro pop duo of Sarah Barthel and Josh Carter came on strong with their seductive self-titled EP back in 2009, which they followed with two increasingly alluring LPs quickly in the next two years, but then left us hot and bot...