Mark Lanegan passed away this morning at his home in Killarney, Ireland, at the age of 57. No cause of death has been revealed.

His distinctive baritone vocals and dark, poetic lyrics propelled Seattle's own Screaming Trees to grunge stardom in the '90s. He followed with a prolific solo career, releasing twelve albums, most recently 2020's Straight Songs of Sorrow. Lanegan was also known for his work with The Gutter Twins and Queens of the Stone Age, as well as collaborative albums with Isobel Campbell, Duke Garwood, and Skeleton Joe. Lanegan was generous with his talents, lending his vocals to The Twilight Singers (a project of his Gutter Twins bandmate Greg Dulli), UK electronica projects Soulsavers and UNKLE, Neko Case, Warpaint, Moby, Martina Topley-Bird, and so many others.

He was also an accomplished author, releasing I Am the Wolf: Lyrics & Writings in 2017, followed by his memoir Sing Backwards and Weep in 2020.

KEXP is deeply saddened by the loss of this Seattle music legend and long-time friend of the station. We remember his visits to the KEXP studios fondly, and hope you'll join us in re-watching his 2014 in-studio session, along with just a smattering of the musical projects he lent his talents to, below: 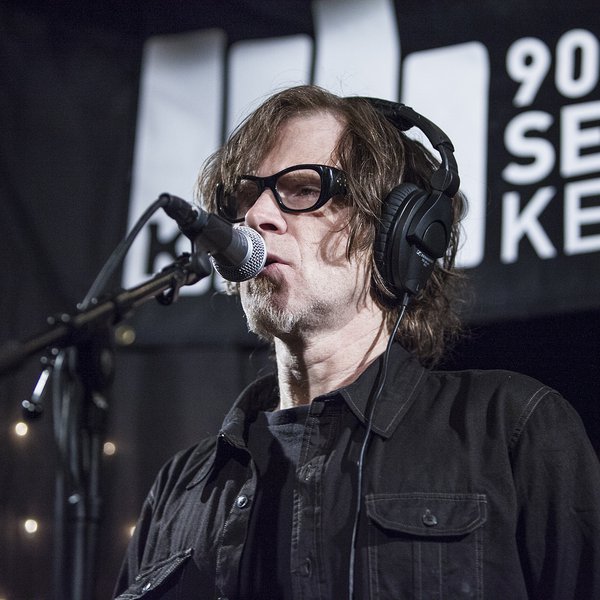 Every Monday through Friday, we deliver a different song as part of our Song of the day podcast subscription.  This podcast features exclusive KEXP in-studio performances, unrealeased songs, and recordings from independent artists that our DJ’s think you should hear.  Today’s song, featured on the … I have a confession to make: I am just now listening to Mark Lanegan's solo debut, The Winding Sheet, for the first time. I know, I should probably turn in my Seattle Rock Card (where did I put that damn thing, anyway?). I'm 38, I've lived here for 13 years; I have no excuse. Of course I've heard a…