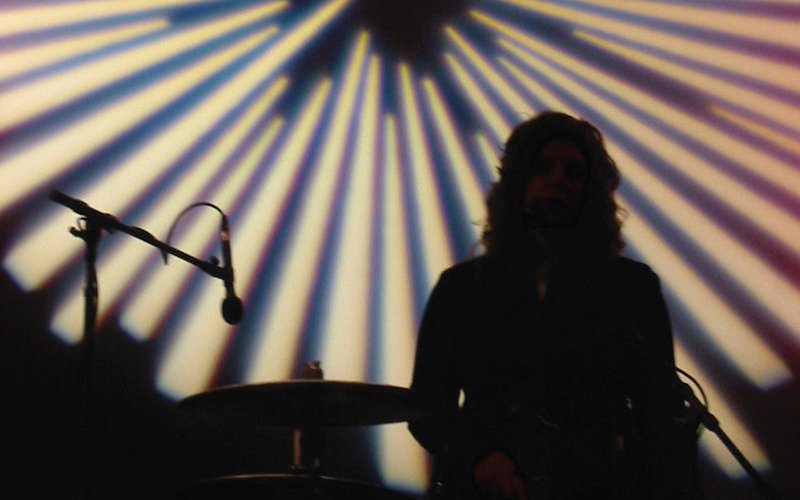 On November 5, we learned the horrible news that Mimi Parker of the band Low had lost her battle with ovarian cancer. Mimi was only 55 when she passed, but had done so much in her life as a mother, as a musician, and as a human. She was married to Alan Sparhawk, her bandmate. They met in grade school in Minnesota and went on to make 13 albums together as the band Low from 1994 to 2021. This news has devastated us here in the music community. And so I sat down with some people who loved Mimi and talk with them about her legacy, Digital Content Producer Janice Headley and Drive Time Host and DJ Kevin Cole.

Listen to our full conversation on the Sound & Vision podcast and read some highlights below.

What Low and Mimi Parker Mean To Us

Rachel Stevens: What was your relationship to Low's music, Janice?

Janice Headley: Oh, gosh. Immense. I've listened to them, you know, since the 90s, since those first early albums on Vernon Yard and Kranky. I feel like I've grown up with them in a way and throughout it all, I mean, Mimi was really my touchstone. I had so much love and admiration for her. I was just drawn to her through the strength of her voice and her words. Whenever I'd go to a Low concert, I would just be... not to quote a Low song, but like laser beamed in on her.

Kevin Cole: It was hard not to be right. Janice. Really interesting for such a band that is so unassuming. I think part of what was so remarkable about them is that, as a band, they made incredible artful music, but they were so unpretentious, unassuming, which is kind of a midwestern trait. The bands from Duluth, Minnesota, I felt a connection to them being from Minnesota. And her voice. It's just such a unreal, beautiful voice. Such sensitivity to her singing and harmonizing with Alan was so incredible. To Janice's point, when you were watching them, it was transcendent. You were just drawn into the music and also her drumming, too, because it was kind of unassuming as well, but kept this beautiful pulse going in a really imaginative way.

JH: Yes, definitely. You know, especially with such a stripped-down kit, she brought so much language with just mallets and brushes but her percussion vocabulary was so rich. She said so much with so little.

RS: And such an important band to KEXP too. We've hosted them half a dozen times, we've had them live on KEXP a ton of times. Kevin, you hosted a lot of those sessions. Do you have any time that really stuck out to you or any song or interaction with Mimi?

KC: Yeah, I mean, Low always drew you in, to Janice's point.  And for me, when I would listen to Low, whether I was listening to the album or watching them live, they were one of those bands that made time stop. They made you just forget about everything else. You were just sort of drawn in because it was very quiet and reflective, although they had a very noisy, experimental side. And I think part of what was cool about Low as well as, you know, you kind of think of them as sort of slowcore, which they were pioneers in that sound, but they were very experimental over the course of three decades. So every performance was kind of spellbinding. Forr m at least, time would stop and you were just drawn into this 20 minutes, 30 minutes, or if you're at a show it's 60 minutes of otherworldliness. You were transported to a different place by the beauty, again, of the harmonies, the individual voices, and the music. And, you know, Janice, to your point about Mimi's percussive vocabulary, all of their instrumentation seemed to be similar to their voices in that they all complemented each other's parts so beautifully that nobody ever kind of took over anybody's part.

On Mimi's Influence as a Mother in Music

RS: I was a fan of Low, but I wasn't a super fan. When I started interviewing mothers in music for this series Apparently here at KEXP, Mimi Parker's name got brought up all the time and that's when I became a huge fan of Mimi Parker because she actually... it felt like she was like the godmother of touring mothers. She was such a mentor to so many women. Sharon Van Etten talked about how part of the reason she decided to have a kid was because of the conversation she had with Mimi Parker, where she asked, like, how do you do it? How do we do it? And she said that Mimi just told her, "Everyone touring with you becomes your family and supports you. And if they don't get them out because this is your job, this is your calling, this is your passion. And you can also be a mom and do this." I heard that secondhand from Sharon, but it's true. You need... as a working mom, you're kind of told all the time that you can't have both things. And so to have Mimi be unapologetically herself and tell other artists, tell Corin Tucker you can do this, be yourself, be a mom. Of course you can do this. It was just so inspiring to me and that's how I became a super fan.

RS: ...Because of Mimi Parker!

JH: I remember when Mimi and Alan's daughter, her name is Hollis. When Hollis was a toddler, I remember seeing them play at Bumbershoot in the Old Opera House in Seattle Center, and Hollis actually toddled out on stage because of their performance and it was so adorable. The band kind of just kept playing even though she was walking kind of close to the orchestra pit. But you could hear Mimi from behind the drums going to their bass player going "Zak, Zak, Zak!" And Zak kind of like leaned down and still playing with the neck of his bass guitar, kind of corralled Hollis away from the orchestra pit. It was just such a sweet moment and such a beautiful example of touring on the road with your family and what that can look like. I also thought it was really cute in the early days. I guess this was like the 2000s and I think Hollis was still a toddler, but they used to sell merch that was drawings that Hollis had done. And I actually, I have two Hollis t-shirts. And if I could be misremembering this, but I want to say the proceeds went to like Hollis' college fund. One of the T-shirts was a little frowny face kind of drawing, and it said, "Where are going?" Because I guess that's what Hollis would say a lot when they were out on tour, like the next town "where our going?" And then another shirt is like, you know, a childlike drawing of a horse and another Hollis quote, which was, "I don't like cool, I like beautiful." And I always thought that was so perfect for Low's music because it was just beautiful. They didn't care about being hip or being edgy or cool. Like they were just themselves. And it was beautiful.

RS: Janice, do you have a favorite low song or a song that really resonates with you?

JH: Oh, my gosh, I that would be really hard to choose since their discography goes back so far. I think, Oh God, it's really hard to say. One of my favorite of many Mimi songs is probably the song "Tonight", which is off the album 'Trust.' It's just one of those beautiful examples of the otherworldliness of her voice, combined with the poetry of her lyrics and how you get lulled into this serenity. But there's always like a little bit of a bite to her lyrics that kind of makes you stop and pause and think a little bit, and you get that in that song.

RS: Kevin, same question. Do you have a favorite Low song or some experience with their music that really resonates with you?

KC: I do. I have a couple. I think my favorite song overall still to this day is the first song that I heard that really made me have that same experience Janice was just describing. And it's the song "Below and Above" from Long Division, which came out in 1995, their second album. And it's a song that Mimi sings lead on. In fact, she might be the only voice on it. And it's melodic, it's beautiful. And again, just stops time and makes you reflect and feel and also just kind of lulled in or drawn in by the purity of her voice.

That song and then I love their Christmas song, "Just Like Christmas." It's my favorite Christmas song. I don't know, it got an emotional quality for me attached to that time of year. And it never feels like Christmas if I don't hear that song. It's the first song I wanna hear on Christmas. Especially if it's snowing. 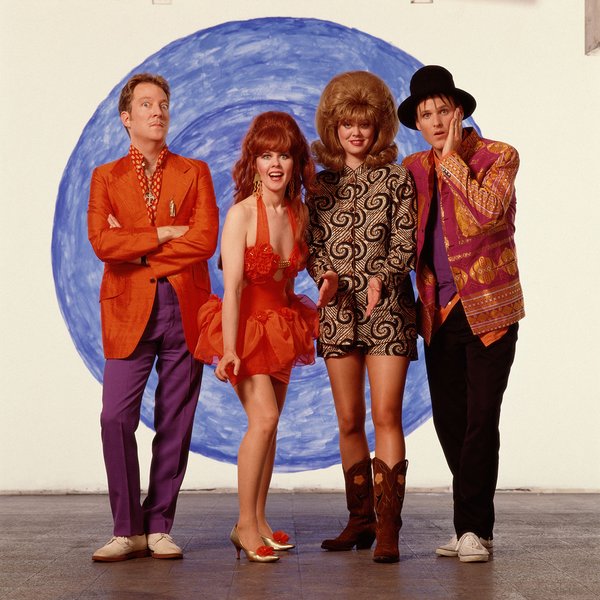 KEXP is celebrating our 50th anniversary this year, and we're looking back at the last half-century of music. Each week, KEXP pays homage to a different year. This week, we look back at the tragedy and triumph behind The B-52s smash hit "Love Shack." 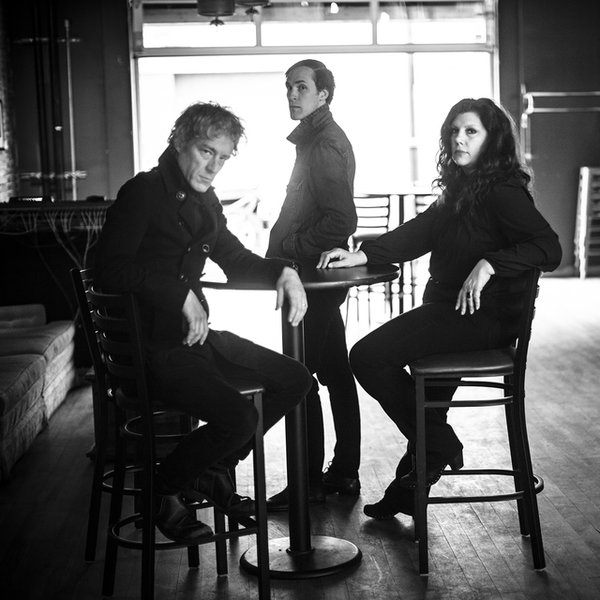 Always Trying To Work It Out: A Conversation with Low’s Alan Sparhawk

Discussing the band’s 11th album Double Negative, chasing the feeling of starkness, and continuing to experiment after 25 years as a band. 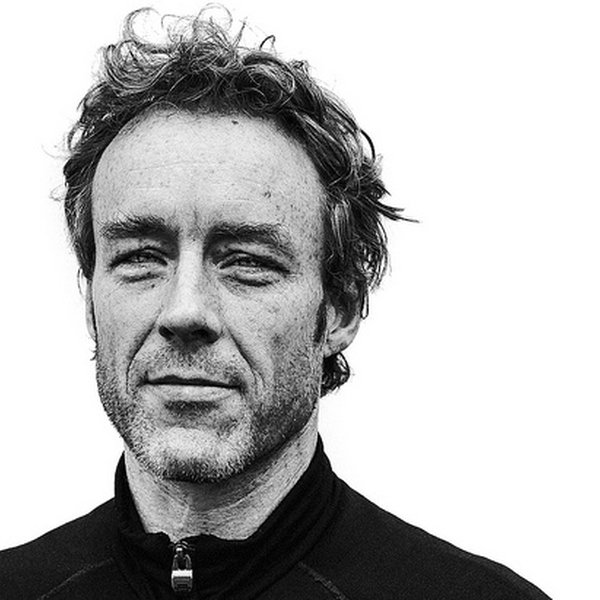 While most of the well-known Minnesota bands hail from Minneapolis, out on the shores of beautiful Lake Superior is the city of Duluth, hometown to the band Low. In the early '90s, the local sound was loud, abrasive, and grunge-inspired. Someone made the joke, what if a band were to play quiet musi…