For Your Consideration: Angel Olsen's Burn Your Fire for No Witness Is the Underrated Self-Growth Record We All Need 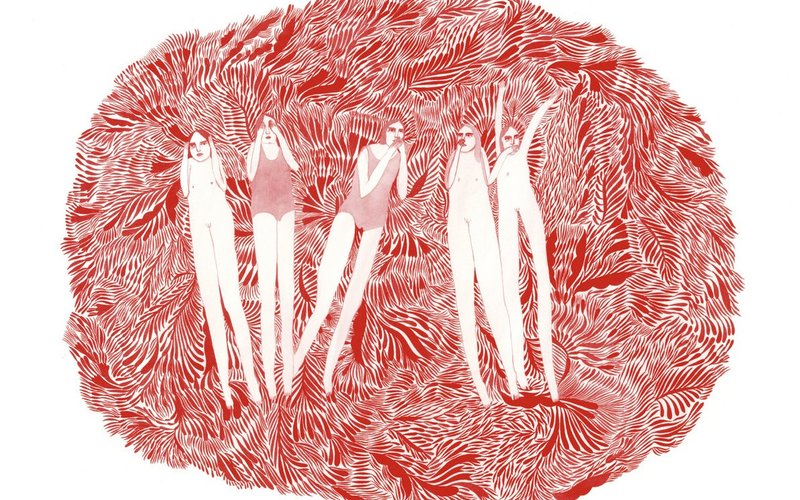 KEXP is counting down our listeners top voted albums of the last 50 years in conjunction with our 2022 fall fundraising drive. In conjunction, KEXP's Editorial team is presenting 'For Your Consideration' some of their all-time favorite albums and what they mean to them. Today, Jasmine Albertson details how Angel Olsen's 2014 record 'Burn Your Fire for No Witness' helped her on her journey towards self-growth and makes a case for its importance in the "self-love" musical canon. Tune into KEXP from Oct. 15-21 to find out what makes the list. Love KEXP's programming and want to support our work? Make a gift to KEXP today.

I’ve written about love and heartbreak in often far-too-personal ways endlessly on this site already and, while I’d love to stop – if only to decrease the number of personal details revealed on a public platform – that’s unlikely to happen. As a deep romanticist, music itself is a wholly romantic art form, even when it’s not intended to be. And nothing hits harder for me than the romance of heartache.

There’s something about the ending of love, unrequited love, and/or the general longing for it that often feels deeper than the moments of being within the state of romantic happiness. The obsession, self-pity, and over-romanticization of another human being that’s often separate from reality is a state that allows oneself to be consumed by something outside of themselves so as to not actually have to face said reality. It’s a state I know well and one that only now that I feel like I’ve actually achieved happiness and self-love, can look back on and think, “Good God, that was a waste of time.”

The first time I saw Angel Olsen was in a tiny bagel shop in Moscow, Idaho in 2014 with only a group of maybe 15 people in attendance, the majority of which were other DJs at my college radio station. Burn Your Fire For No Witness had just been very freshly released, to the point where even us college DJs – of which we considered ourselves to be the epitome of music knowledge and taste – still weren’t super familiar with it yet. It’s a moment I’ll always treasure, being that close to the baby-banged goddess before she inevitably became the indie superstar she is now and made me a forever fan.

Earlier this summer, I went on a massive Angel Olsen kick after yet another ending of a years-long, off-and-on toxic relationship that I’ve written about so much already. So much so that it makes not just mine but my friends, colleagues, and possibly readers who have had to suffer through my constant back-and-forths on something that was clearly doomed from the start roll our eyes all the way to the back of our heads. Listening to Burn Your Fire for No Witness felt simultaneously like a giant comfort blanket of sadness and also the ever-so-gentle slap in the face I needed to get my head out of my ass and finally focus on what’s really important – my relationship with myself.

“I quit my dreaming /the moment that I found you,” are the first lyrics to kick off Burn Your Fire for No Witness and encapsulate the feverish feelings I’ve grown up feeling about what it would be to truly find *the one.* No more worries or fears, just a deep contentment within the love. Who needs anything else?

But as she continues on opener “unfucktheworld,” you see a story of a person who has wrapped herself too fully into the identity of another person that she’s forgotten who she is on her own. “I wanted nothing but for this to be the end /For this to never be a tied and empty hand,” she warbles. Are these feelings really even about this person or simply just a desire to not be alone? The continued repeating of the phrase, “I am the only one now,” with growing intensity and passion implies the latter.

While the phrase “self-love journey” is massively groan-inducing, I now see Burn Your Fire as something of one for Olsen. Previously, I heard it a bit differently, perhaps because of the melancholic timbre of her voice, as another album in my arsenal for moments of wallowing or self-pity but, truthfully, the record is about Olsen’s journey with herself and coming to terms with who she is when she’s alone. Only recently did I fully hear her.

Over the course of the album, it’s made clear that she’d also recently left a toxic relationship. “Enemy” details a relationship in which tenderness is offered and taken away in equal measure, leaving the narrator questioning themselves amidst the mistreatment. “Am I the ugly one?” she wonders. “It's easy to see past /All of the kindness that you've offered me /It doesn't last.”

This toxic back-and-forth often leads to a kind of idealization because you’re constantly trying to work for their affection. Luckily, Olsen is eventually able to break the spell and in one of the most downtempo and seemingly heartbreaking songs on the record, “White Fire,” she imparts some of the greatest wisdom: “If you've still got some light in you, then go before it's gone /Burn your fire for no witness; it's the only way it's done.”

The concept of using your “fire” - your spirit, passion, creativity, heart - for no one but yourself is the major takeaway she’s trying to hammer home on Burn Your Fire. If it’s just for you then you’re never reliant on another person to keep it extinguished. Regardless of who comes in and out of your life, the flames are lit.

Still, this is often a lonely process and loneliness is tough to sit with. “I feel so lonesome I could cry,” she admits in “Hi-Five,” referencing Hank Williams’ 1949 song of a similar name. But, being able to name your emotions, sit with them, and accept them as reality are a part of the process and her growth through those feelings is felt in songs like “Lights Out” and “Iota.”

On the latter, she presents the desire for self-growth to be a linear, constantly upward journey. “If only we could turn ourselves around /And all the things we're looking for were found /If only we grew wiser with each breath /If only we could dance our way to death.” But “Lights Out” admits that that’s not usually the case and advises, “If you feel like quitting now, then try a little harder /The things we need the most, they seem to take a little longer.”

I believe one of the true testaments and signs that self-actualization has occurred is when you’re no longer focused on your own troubles and can see the people around you that are struggling. Hence, why closer “Windows” is so important. In it, she advises a friend in a funk to step out into the light and carry on. She now has the tools to help others, which, as someone who has struggled with her own fair share of depression, hits especially close to home.

The amount of wisdom laid out on Burn Your Fire for No Witness makes me believe that Olsen should be given credit at least as much credit as Lizzo for being a self-love queen. But rather than the idea of booty shaking through the pain, her message of using times of strife to get to know yourself on a deep level to figure out what you truly want and need, makes this record one of the most important albums for recovering hyper romantics, like myself, and really anyone who also needs a gentle slap in the face. 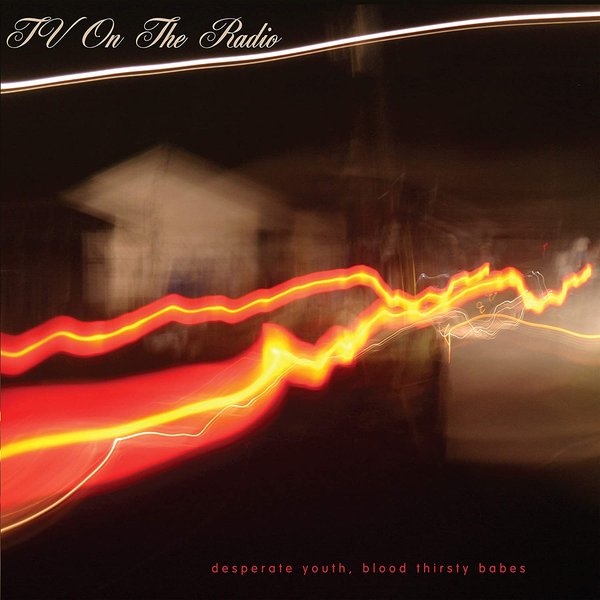 For Your Consideration: On TV on the Radio's Desperate Youth, Bloodthirsty Babes, Magic Negroes, and Undervalued Classics

Martin Douglas argues for the Brooklyn band's full-length debut to be entered into the pantheon of classic albums from the early 21st Century, while exploring a controversial trope and the band's past and future critical acclaim. 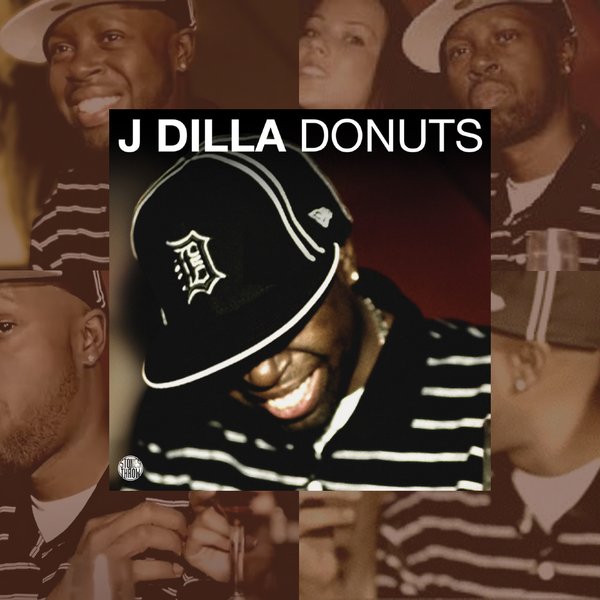 For Your Consideration: J Dilla’s Donuts Celebrates the Fractured Unpredictability of Life

KEXP is counting down our listeners top voted albums of the last 50 years in conjunction with our 2022 fall fundraising drive. In conjunction, KEXP's Editorial team is presenting 'For Your Consideration' some of their all-time favorite albums and what they mean to them. Today Dusty Henry reflects o… 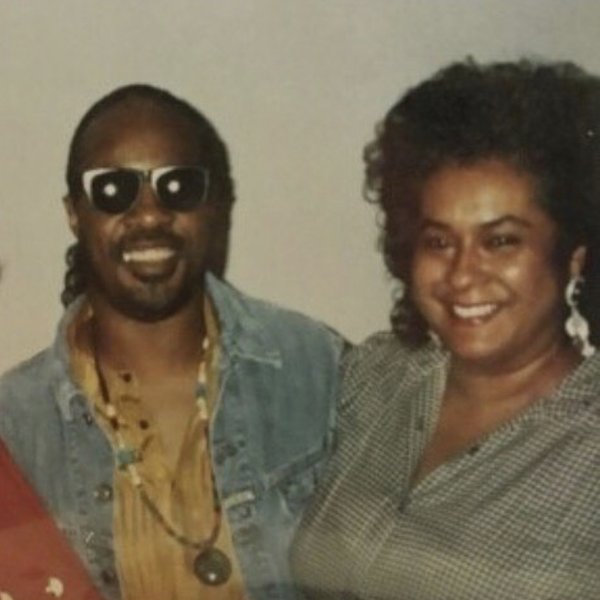 My Life in the Key of Stevie

KEXP is counting down our listeners top voted albums of the last 50 years in conjunction with our 2022 fall fundraising drive. In conjunction, KEXP's Editorial team is presenting 'For Your Consideration' some of their all-time favorite albums and what they mean to them. Today Larry Mizell, Jr. refl…