Sound & Vision: Rosa Marina Flores Cruz on Indigenous Resistance Day, Owning Her Story, and the Music that Gives Her Strength

If you’ve ever been to the Gathering Space in KEXP, you may have noticed the art installation space we have there. Well, because of the pandemic, we didn’t change that art for almost three years… until now. Just yesterday, because of a partnership with Nia Tero, a US-based non-profit working in solidarity with Indigenous peoples and movements worldwide, we have new art bringing new life to the Gathering Space. Now there is a mural installation—a collage—up in our Gathering Space of Indigenous women activists, artists, and scholars. It is incredible. These portraits were done by artist and illustrator Tracie Ching and the installation was a collaboration with Cindy Chischilly.

In this beautiful collage of people, front and center is Rosa Marina Flores Cruz. Gabriel Teodros, host of the Early Show on KEXP, sat down and talked with Rosa about her work as an activist.

Listen to the interview or read a transcript below.

Gabriel Teodros: Before we jump into this interview, I just wanted to say something about the history of Indigenous Peoples Day, because not a lot of people know and there's even people at the radio station who. Have conflicting ideas and feelings about this. But Indigenous Peoples Day as it was taught to me was a proclamation made by the American Indian Movement in 1977 to abolish Columbus Day. And it originally was a day that was to celebrate global indigenous cultures because colonialism and Columbus and all that affected a lot more than the United States. So, that being said, I like to honor the original intention of the folks who campaigned and made Indigenous Peoples Day what it is by honoring that intention of celebrating global indigenous cultures and movements. That being said, I'm very honored to have on the line with me right now Rosa Marina Flores Cruz, who is a Zapotec organizer, activist from Oaxaca, Mexico. It's nice to meet you. Can you tell us a little bit about your work and what you do?

Rosa Marina Flores Cruz: Hi Gabriel and thank you for the opportunity to talk with you and with your audience. Well, I am from the Isthmus of Tehuantepec at the south of the state of Oaxaca. My dad, he's from an Afro-descendant community in another state. And my mom, she's from my community. So I grew up in this indigenous community. And we, in our region, we are facing this phase of the renewable energy projects that are grabbing land from indigenous peoples with all this argument about saving the world against climate change, a lot of people with money and people mostly from Spain, ironically, they put a lot of money into this really, really big windmill projects in my region. And now we have like 29 windmill, wind energy projects in our territory and that's like our first line of fight to talk about how the decisions around the climate change actions are not taking account the rights of the indigenous peoples – not just in Mexico, in almost all the world, there are white people trying to do something about the disaster they already committed. And they are taking our land again to make more money, saying that they are doing something for the world. So that's like our first kind of fight. So we always try to talk about the sovereignty and the autonomy of the indigenous communities and that's how we... We must be a part of the decisions about what is happening in our land and in our territories. So that's my fight and that's the fight of my people. They are selling you solutions about climate change and we think that it's really important for us to go there and to keep saying that the solutions are alive in our territories and in our indigenous communities. And the thing that the government must do and the companies must do is to stop killing indigenous defenders and to stop trying to put industrial projects in our lands and in our territories.

GT: It's like common sense to me. Nia Tero has this thing on their website right here, this fact that says "indigenous peoples sustain 80% of the world's remaining biodiversity, including ecosystems essential to our global climate, fresh water, and food security." So why wouldn't indigenous peoples be centered in every single conversation about climate? Like, is the only group of people in the world that's doing it right and has been for years and years and years because it's thousands and thousands of years of living with the land.

RMFC:  Yes, we recognize that our own communities, we are facing inside our communities the colonialism. Because we've been fighting against this for 500 years. And we know that in our own territories there are indigenous peoples that are with all these kinds of people way of life who and this is because of the colonialism. So think that it's really important to put the name on it and to say – that climate change is a consequence of colonialism and the colonialism is still putting in risk the lives – not just for indigenous people – for the whole world.

GT: Everyone. That's right. I love the concept of the Indigenous Futures Network because, you know, I'm also a musician. I'm a writer. I'm a DJ, obviously, I'm here on KEXP. To me, everything comes down to stories, right? And I think like in all of these conversations, storytelling is such a huge part of both how we fight and also what we're fighting. Because a lot of times we're fighting stories that are not true about ourselves. I don't know. I wonder how that resonates with you.

RMFC: Yes, totally. I think, um, I think one important thing is how we, how we tell the stories, you know. I sound like a pirate. But the colonialists put in our lives, but they told us that we don't have our own story. You know, they tried to erase all the knowledge and all the difference, the diversity in our lives. And I think it is so important for us to have that power to tell that we are diverse and that we have our own stories, and that we are able to tell those stories – to say them out loud. And we don't need to other people to come to tell us how to live. We know how to live. And we are sure that our way of life is good and it's enough. We don't need anybody to bring to us to give us voice, you know?

RMFC: We have the capacity to take that agency and to make a make big difference with that.

GT: Absolutely. I have to ask, we are a music station. Does music play a part in your work?

RMFC: Yes. When I was thinking what kind of music I was to present you, I have a really close and dear friend, she's from Oaxaca. She makes rap and her name is Mare Advertencia Lirika. She's also defending the autonomy of the indigenous communities in Oaxaca. So she's a big fighter, an amazing person. I think when I listen to her music, I always get stronger. In our network of Indigenous Futures, we say "la fiesta es resistencia" – the party is resistance. We think that the celebrations, the original celebrations in our territories, are fundamental to us, to giving us the strength to keep fighting. And if we don't have those celebrations and we don't celebrate together with music and food, we are not going to be able to keep this for a long time. Fiesta es resistencia, always.

GT: Always. I love it. This has been such a joy and a pleasure. Thank you so much for joining us on KEXP. I have to ask one more question. I'm just curious. I saw a film years ago and it is the first time I learned about the Zapotec People is a film called 'Blossoms of Fire.' Do you know this film?

GT: Really? Wow! It's such a beautiful film. For people that haven't seen it, 'Blossoms of Fire,' it talks about the idea and the concept of matriarchy in your community and it even challenges the idea of what matriarchy might be and it really shows what a true like... the opposite of patriarchy isn't just where women are in the same places men are in patriarchy. It's actually like the opposite of patriarchy is actually a balanced way of living where everyone has a role. And it's just so, so beautiful.

RMFC: Yes. It's curious because for us in the Isthmus of Tehuantepec, the Zapotec women – we're really strong and we're born in places where the women are strong and have a lot of presence. And so sometimes it's funny because since I'm a child, I've been listening to the word matriarchy, like something that defines our way of life. But for us is different, you know? Because it's what you say, it's not the opposite to patriarchal system. It'ss that in in our territory, in our lands, the women have a strong power with the economy of the community and in the celebrations and in the decision-making of the community. And that's what they called  a "matriarchal system." It's more like an anthropological word. But for us, it's just the way how we live. It's like, it's just how it must be.

GT: It's a beautiful film, I think.

RMFC: It's really beautiful and talks a lot about how the things are still – not everything, but a lot of things in the Isthmus  – are still like that.

GT: Well, this has been a joy and a pleasure. Is there anything else you want to leave with the people? Like one thing that you want people to know about you, your community, your work?

RMFC: No, I just wanted to say that in the context of the... We say that this day is the Indigenous Resistance Day. So to commemorate the Indigenous Resistance Day, I just want to invite the audience to think about the land where they are living and who were the ones made that place. Because there's a lot of places in the territories that were grabbed from indigenous communities, from the original people who were living there. And to take a little moment to think how the colonialism is affecting their lives and how the colonialism has affected the place they are living at, the place where they are reproducing their own life. So I just wanted to leave them with that to think of this important day for the indigenous resistance.

GT: All days. I really feel like no move for freedom for anyone on stolen land can happen without solidarity with the people whose lands you're on. 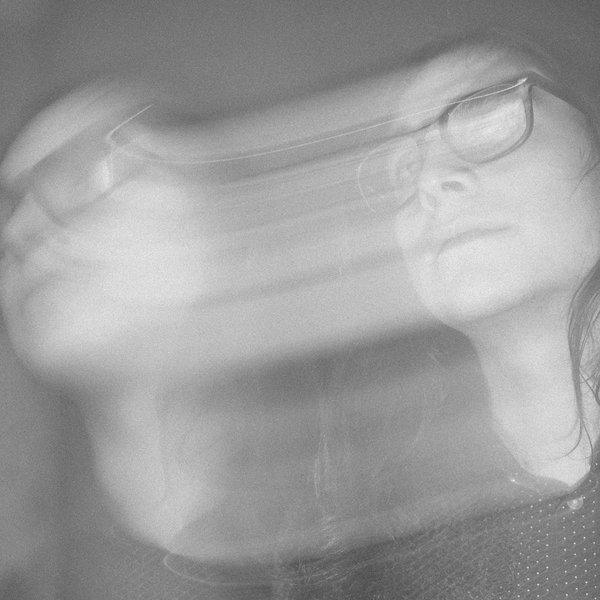 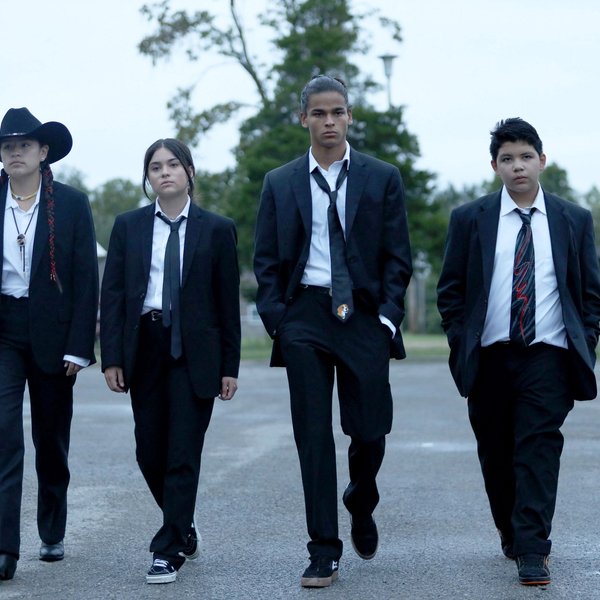 Martin Douglas speaks with the FX series' music supervisor about the show's eclectic musical range, her own music career, and the triumphs and challenges of finding the music to support Indigenous stories. 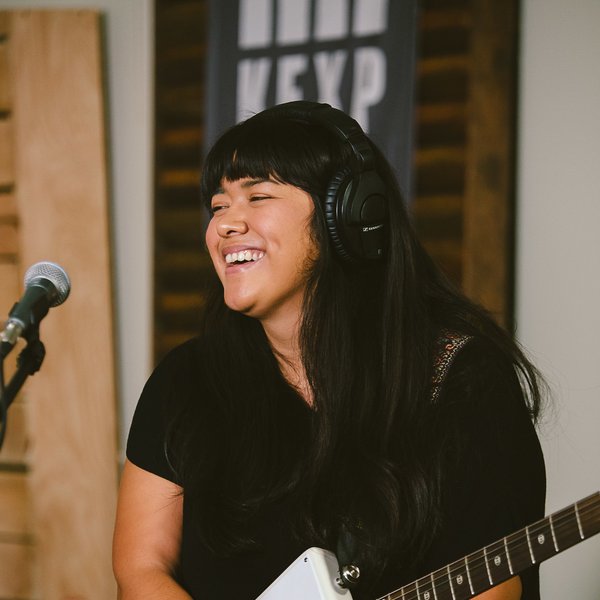 The Portland-based singer/songwriter continues to champion love and acceptance on her latest album At the Party With My Brown Friends.