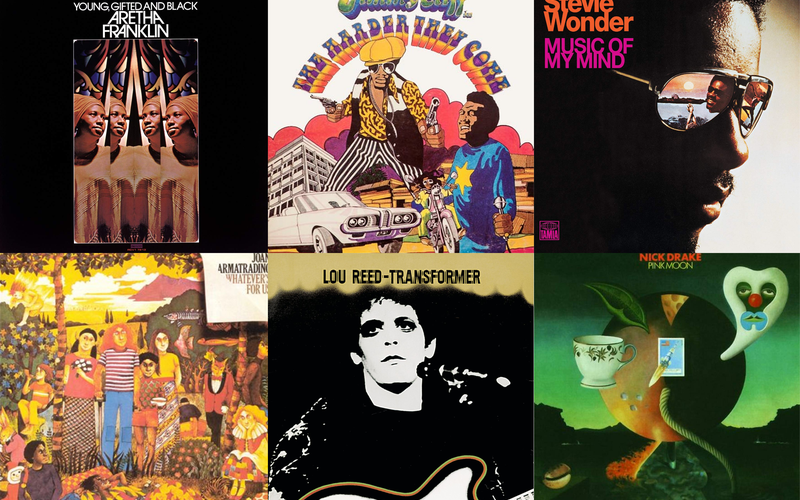 This year, KEXP celebrates 50 years, a whole half-century of out-the-box radio programming. Fortuitous, then, that was then known as University of Washington’s fledgling radio station KCMU first met the world in 1972, an auspicious year as any in the world of music. ‘72 was truly a watershed moment in the history of popular (and less-than-popular) music, full of game-changing debuts, greatest-ever classic LP’s, and some of our most-revered icons in their finest hour.

Debut albums from Jackson Brown, Steely Dan, and Big Star charted a new course for the 1970’s, Sabbath showed new depths on Vol. 4’s immortal “Changes”, and on the you'll-get-it-later tip, Nick Drake gave the world Pink Moon, Tim Buckley passed along Greetings From L.A., and krautrock icons Can transmitted Ege Bamyasi from somewhere beyond the great beyond. National treasure Dolly Parton scandalized the more conservative country outlets with one of her best jams ever, the title track to her album Touch Your Woman.

That year, glam rock was strutting hard wearing platform boots, with Mott the Hoople's All the Young Dudes, Roxy Music’s self-titled debut, and strong outings from The Sweet and Slade. The Slider was T. Rex’s pinnacle, their charismatic leader Marc Bolan being glam’s ground zero. Arguably the high-water mark of the form was also the true arrival of singer-songwriter David Robert Jones, aka David Bowie — on his 5th album The Rise & Fall of Ziggy Stardust and the Spiders From Mars. A loose sci-fi concept album about an extraterrestrial rock god/dess, Bowie, scorched Earth’s atmosphere with the nuclear fusion engines of Mick Ronson’s guitar and Bowie’s vocals dripping with a theatrically harrowing anxiety. Apocalypse never sounded so sexy.

In the midst of all that, Bowie and Ronson found room on their Satellite of Love for one of their biggest inspirations, giving a radical glamfusion to former Velvet Underground frontman Lou Reed. The resultant album, Transformer, successfully reincarnated Reed, invigorating a solo career on the verge of stalling out. Songs like “Walk On the Wild Side”, “Perfect Day”, and “Vicious” redefined one of rock’s poet laureates for the ages.

It wasn’t all glitter and mascara, though — while opinion on The Rolling Stones’ Exile On Main Street was divided upon release, it’s long been seen as the Stones’ greatest achievement, if not the greatest rock n’ roll album ever made, depending on whose dad you ask. Exile is a shambolic diary of rock’s scuzziest superstars recorded during what was probably one of the most productive summer-long benders ever. The Stones would never sound more basement-wall-sweatin’, back-door-man badass than they did here. If that funky root cellar was full of uncountable ghosts of bluesmen-and-women, those bones made the soup that much flavorful.

And of course, Stevie Wonder, the Stones’ opening act on tour that year, kicked off his classic period (the stuff that made him the greatest of all time) in 1972. His 14th (!) album, Music of My Mind, signaled a new phase for the formerly “Little” Motown wunderkind, released when he was just 21 years old. The first fruit of his New Deal at the hit-factory label wherein he demanded full creative control, Stevie teamed up with Malcolm Cecil and Robert Margouleff of TONTO’s Expanding Head Band — whose music had initially inspired his nascent love of synthesizers — to produce a set of music on which he played virtually every instrument. One of the songs meant for that album, “I Love Every Little Thing About You”, went instead on the Stevie-produced Syreeta, the debut album for his then-wife Syreeta Wright, which was released that summer, during their separation and subsequent divorce.

All of which led to Talking Book, Stevie’s first smash hit album, and first fully-formed Genius Moment. Synthesizing the textures of his own recent creative emancipation and personal heartbreak along with the taut social clime of the time, echoing his big bro Marvin’s ‘71 masterpiece. However, unlike what Marvin was (unfortunately) properly capable of, Stevie infused it with a pure, god-given hope for better that resonates to this day.

Black music continued to enjoy every bit as explosive a year as rock n’ roll (then still only newly thought of as formerly black music) — let’s see: you had Al Green’s Let’s Stay Together for one, his finest work with producer Willie Mitchell, the beginning of Rev. Green’s own classic period, the first of six albums to peak at number-one on the soul album chart. The first couple seconds of its title track alone are enough to melt butter in an Arkansas blizzard. Aretha Franklin released her Grammy-winning Amazing Grace live album, absolutely essential, still the highest selling live gospel album. The Temptations hit big going in All Directions, which contained their chart-topping Undisputed Truth cover “Papa Was A Rolling Stone”, which incredibly, they fought tooth and nail against recording. Roberta Flack & Donny Hathaway joined forces for their brilliant million-selling duet set. Bill Withers’ Still Bill is one of the greatest albums you’ll ever soundtrack your heartache (or new-love ecstasy) to. Gil Scott-Heron continued to soundtrack the revolution with “No Knock”, "Sex Education: Ghetto Style", and “The Get Out of the Ghetto Blues” from his Free Will. Dr. Dre was only seven years old when the Ohio Players’ “Funky Worm” (from Pleasure) would lay the sonic blueprint for West Coast hiphop to come.

Three must-own soundtrack LP’s dropped in 1972: Marvin Gaye’s Trouble Man, Jimmy Cliff’s The Harder They Come, and Curtis Mayfield’s SuperFly. If Bobby Womack’s soundtrack to Across 110th Street isn’t as essential, the title track — as well as Bobby’s ‘72 LP Understanding — very much is.

Soulful British sisters were doing it for themselves, with Joan Armatrading debut Whatever’s For Us and Linda Lewis’s sophomore album Lark (recorded in the Beatles’ Apple Studios) made waves that were felt across the pond.

The future was calling, too: Harold Melvin & the Blue Notes made their debut, featuring the unmistakable vocals of future superstar Teddy Pendergrass. Michael Jackson, the young king-in-wating of pop, first broke out of the Jackson 5 in 1972 with Got to Be There and Ben. War’s The World Is A Ghetto, released in November of ‘72, would prove to be the biggest-selling album of 1973. And then there’s On the Corner.

Miles Davis’s at-the-time reviled masterclass in witchcraft as a window into a dark, fonked-up future, where a acid-fried Don Cornelius hallucinates 80’s b-boys, hairy-faced post-rockers and gold-chained junglists dropping through portals just to stomp a mud-hole the jazz cognocenti on the set of Soul Train. It’s a deeply black hole whose gravity well can (and should) swallow up your best-intentioned afternoon with sinister, confrontational energy. As hated as it was at the time by the know-nots, the term “critical reappraisal” was virtually invented for this album.

And to be honest, we could talk for hours more about the cultural fruits of 1972. But seeing as I need to pay attention to what I’m playing on the radio, let’s just listen.

Celebrate KEXP's 50th anniversary with us all year long. As we celebrate this milestone, we’ll spend some time looking back, but we’ll also be looking forward. It’s going to be a lot of fun! Join us here for updates and new features throughout the year. Thank you for powering KEXP for 50 years. 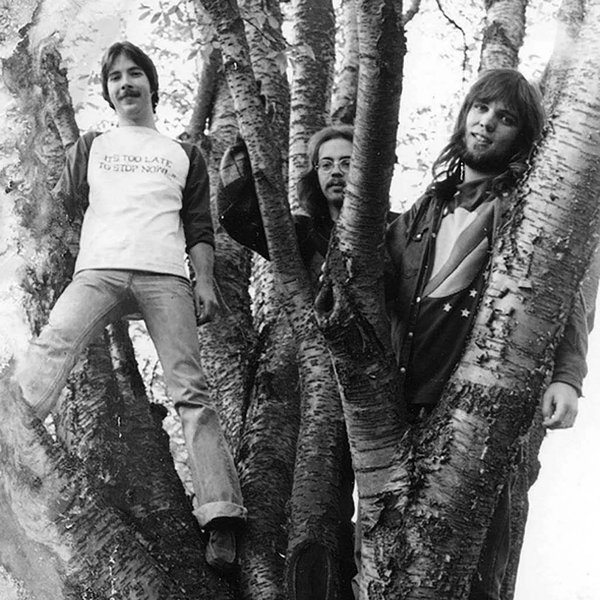