In BAZZOOKA’s dystopian, post-tech boom rendering of Seattle, ViV Vicious is the closest thing Danny Denial’s wildly creative web series has to a true agent of chaos. Played by Natasha Lumba — keyboardist for local glam-punk titans Razor Clam — the ViV Vicious character initially serves as a cavalier opportunist who capitalizes on the barbed wire baseball bat culture war between the series’ artistic class and the fascist billion-dollar forces literally in bed with the city’s government. Although she morally redeems herself later in the series, Vicious remains delightfully passive-aggressive throughout. But here is not the place for spoilers so I enthusiastically recommend you watch it yourself.

Art bleeds into life as frequently as life bleeds into art, thus ViV Vicious has emerged as Lumba’s official solo project, its first release a double A-side single (out tomorrow on Portland’s Dream Friends Records) previously heard on BAZZOOKA and its stellar soundtrack. “Glass Ceiling'' is an uptempo new wave stunner with a slightly sinister musical undercurrent; the pulsing rhythm section drives through an exposed hallway of synths guided by Lumba’s perfectly haunting vocals. She could probably sing the contacts list on her phone and still sound like she’s raising the dead, but here Lumba — a solidly above-average lyricist in a landscape where it seems like people hardly listen to lyrics anymore — sings of trying to break out of a very specific holding pattern.

Below Lumba’s comments about “Glass Ceiling” is an exclusive stream of the song.

“Glass Ceiling” is about my history with addiction. It’s a story about one of my old dealers in Vegas & his wife who was really adamant about not being like “the rest of us” (addicts), even though she was—she was doing all the same shit we were.

The last verse “You’re a latchkey kid with a tv dad / You’re a Harvard grad with a silver spoon / You’re a farmer with a bullet wound / You’re a dancer in the afternoons” is about how so many vastly different types of people struggle with addiction. There are a lot of very rigid stereotypes about what addicts look like. But they look like all of us. Anyone can end up on the path that leads to addiction.

The chorus “It’s high time that we just get by / We can’t aim too high / Cuz there’s a glass ceiling & my scalp feels it” is about being in recovery, and just trying to get through the day. I couldn’t strive for much more because I was struggling just to live. The Danny Denial-directed video for “TONGUE” features Lumba sitting outside of a roadside chapel with her backing musicians inside as the wedding band, resplendent in a wedding dress, veil, and floral-patterned accouterments; perfect for a Paisley Underground punk rock wedding. While she spray-paints flowers and sings to herself about moving back to L.A. and biting her nails (as well as the tremendously meta line, “I’m not an actor, I just play one on TV”), Denial behind the camera gives much of the video a blurry, dream-like (or hallucinogenic) effect. Lumba plays the role of both bride and groom, the former experiencing a nervous breakdown of sorts which leads her to run away from the altar and gather herself in the tub of the chapel's busy, orange-carpeted bathroom. The song’s closing refrain implies a devotion — or codependency — lying in the relationship sung about here: “You let me down but I still show up.”

Read Lumba’s comments on “TONGUE” and watch the video below.

“TONGUE” is about the age old tale of being in a shitty relationship with someone that you keep going back to even though you know it’s terrible & you treat each other like shit. And how we purposefully treat the other person poorly & lie to ourselves about how that somehow makes us the “winner,” even though the result is the same—we’re in a toxic relationship. And of course there are the ups and downs of convincing yourself that it’s good, then having to face the fact that it’s not, and leaving, then returning. And it’s cyclical because those relationships are really about our relationships with ourselves more than anything else.

The line “I’m so lonely but I smell like other people” is talking about all the times I’ve gotten home from a hookup or a one night stand & still had the scent of Last Night’s Person on my skin but I didn’t feel any more connected to that person or anyone. And how sex does not automatically equate to intimacy or real connection. “TONGUE” is a story about all the times I’ve run towards someone, not because I wanted to be close to them but because I was really running away from myself.

There are a lot of opposing ideas/phrases in “TONGUE” because relationships like that are rife with duality—wanting connection but not being ready for it or open to it; wanting something more out of someone but not being willing to uphold or meet those standards myself; wanting out but wanting more. 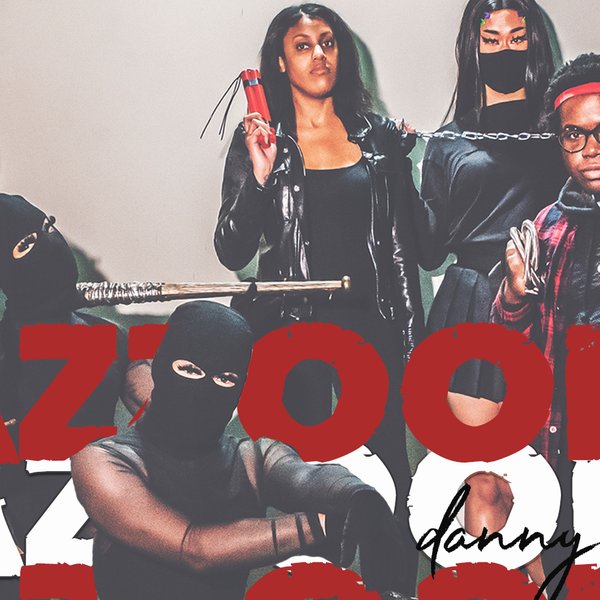 Cast and crew of Danny Denial's new web series Bazzooka chat with KEXP about filmmaking during a global pandemic, the parallels between the fictional Seattle of the series and the one we’re living in today, and the power of art in enacting change. 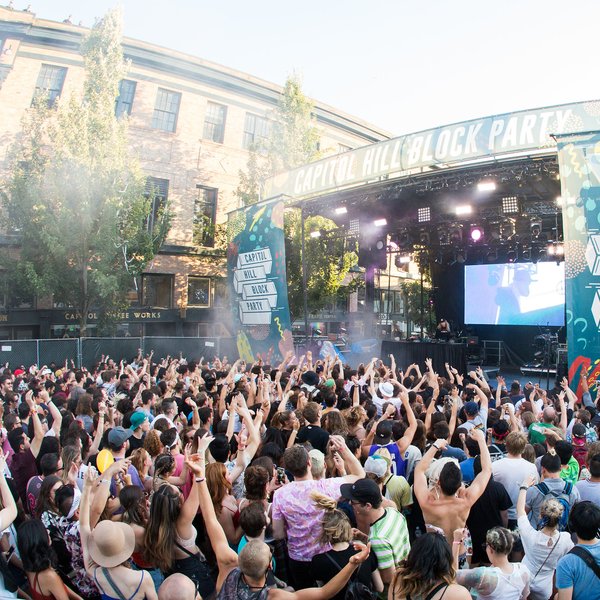 Martin Douglas handpicks a few acts you should definitely see at this weekend's midsummer music extravaganza.