De La Soul Reflect On Discovering Hip-Hop and The Early Days of the D.A.I.S.Y. Age

Back in 2016, KEXP did a full-day breakdown of De La Soul's classic 1989 debut album 3 Feet High and Rising, playing every song sampled on the album, as well as all album tracks, rarities, b-sides, and interviews. In celebration of today's Native Tongues programming, we've dug into the KEXP archives for this chat between producer Isaac Kaplan-Woolner and two of De La Soul's founding members, Kelvin Mercer (aka Posdnuos aka Plug One) and David Jude Jolicoeur (aka Trugoy the Dove aka Dave).

On Discovering Hip-Hop and Early Influences

Pos: It was new. I mean, it obviously spoke to one person clearer than the next, but it's like the entire culture of it all: breakdancing, talking on a mic, trying to deejay. All of our friends would try it, but at one point, you could see who was better at it. And when you're encouraged by your friends like, "Yo, like this rhyme, this is better than this person's rhyming," it just helped people to stand out and write more. It was something I think everyone embraced. Whether you love the music and hear it, or hear what people were saying and then you wanted to try it, or you want to try to find some equipment and deejay like this DJ you seen from the Bronx called Flash. Everyone embraced it and it was just about who stood out clearer than the next.

Who was an early influence who made you see hip-hop was more than just a New York thing, that it was going global?

Pos: Run DMC. I've always been attached to music. My father could sing and he chose not to, and I couldn't sing like him, but I could write, and I was into writing stories as a kid, because I was into comic books. So I mean, as I was saying earlier with hip-hop, I just embraced it because it was like saying these rhymes and these stories. But Run DMC. That's when I was like, "Yo, you can make a living off of this? Like, you could survive and be all over the place." Run DMC was that for me.

Dave: I'd have to agree. I think Run DMC were the first group that made me feel like the average Joe or whoever was standing on that corner enjoying those old school tapes, could do it as well. If you had the talent, and the drive, and and the character to get up there and and say a rhyme or scratch your record, you could be up there, just like Run DMC.

I think Run DMC exemplified the average B-Boy. We were all dressing like them. We all had on Lee's [jeans]. We all wore Adidas. They didn't look like Grandmaster Flash & the Furious Fiive, dressed in these funkateer kind of outfits. They looked like everyday average B-Boys you went to school with. So it made you feel like, "Yo, I can be like them. They made it. This is what they're doing. This is something that they're doing for a job or a life hustle. I could do it, too."

On the Creative Process Behind 3 Feet High and Rising

Pos: Those sessions were basically a couple of kids in in a small room. In some cases, some of us bringing records, thinking that, "I got, like, 10 records that I brought and I want you to listen to this and maybe we could try that along with Mace's [third founding member, Vincent Lamont Mason Jr., aka Maseo] big collection of records just nearby." And, we're playing stuff on the turntable and trying to figure out what will match, what will sound cool, what will be different. Different was always important. We never wanted to be in any way reminiscent of what was happening or what had been done before. So, you know, a lot of trying to spot each other's creative thing to see if we could come up with something cool and different. Putting records on and saying, "What about this? Well, more so than that. Why don't we try it this way?" and just always trying to come up with something really cool and different is where we were at with things.

And you know, the humor. There was always humor in the room, and being clowns. Out of that humor and out of laughing at each other, it always made it feel like there's nothing that I can say or do in the midst of these people that isn't going to either be respected, or taken so that someone else can take it to another level and maybe it'll lend to what we're doing here. So, that was the vibe that was what was going on. We didn't know what we were doing and for what reason. We were just coming together and allowing the freedom to possibly create and give us something that we can be proud of.

On Hearing Your Song on Radio

Dave: I think it was shock, for one, to hear yourself on the radio and hear the radio playing it like... like, they like it. It's all good when you're in the studio, you got eight, nine people who are like, "Yeah, that sounds really good." You finish the song and you go home and you play it for your brothers and sisters, and you play for your cousin and your mom and your dad. And everybody's like, Ooh, that's cool. But then when you get on that platform you have a respect for, you've got a respect for radio or [WRKS 98.7 FM DJ] Red Alert on the radio, or you got a respect for [WNYU 89.1 FM DJ] P-Fine on college radio, or you got a respect for [TV show] Video Music Box or any one of the MTV programs that came on, Dr. Dre and Ed Lover. And finally, your song, your thing, your video, whatever it is, comes on one of those platforms that you respect. That's like, Wow, it's a shocker. It's amazing. It felt like we've arrived and we accomplished the goal. For us, the goal was to hear it on one of those platforms. "I heard my song on the radio. Oh my gosh." We didn't contemplate tour. We wasn't thinking about touring. We wasn't thinking about the next album or an album, for that matter. We weren't thinking about doing interviews or anything, or even flying out of state. All we wanted to do is hear our song on the radio. When that happened, it was overwhelming.

What was the decision like to take the next step and to make this the full time thing, the career?

Pos: It was the encouragement of everyone around us. We were working on this album, the album came out. I was still in college. I was in Five Towns College. [Producer Prince] Paul had already graduated. And, you know, here it is. From just putting out two singles, we had a  legendary person like Russell Simmons, who had Rush Management at the time with Lyor Cohen, and they signed us for management right when the album dropped. Lyor Cohen comes to me and say, like, "You know, you can't stay in school. You're going to be a star." I'm just a 20-year-old kid here, and him telling me, like, Yo, I got to choose. Like, I got to either go on this gigantic tour that we're going to be on — he started mentioning artists. We were just in awe. L.L. Cool J. That was the head of the tour, and [Big Daddy] Kane and N.W.A was going to be on this tour with us and, you know, Public Enemy. And he was like, "Or, you can stay in school," and like, I made the decision to leave college. That's when it was like your dreams were becoming a factual reality. It was like, this is something that is a part of my life, I wanted to be a part of my life. I'm being clear-minded in listening to my parents and making sure I got this Plan B going. But I'm being told by everyone around me that Plan A is on a rocketship and you got to get on it because it's not waiting for you. 3 Feet High and Rising — as they were saying, we was happy with New York. Next thing you know, it was in Texas, it was in L.A., it was in London. It was everywhere. It was a ship that just blasted off and we had to run and catch it. 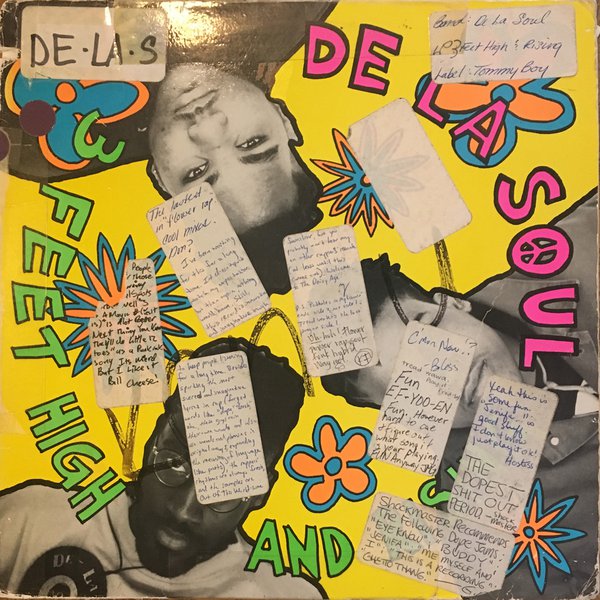 In anticipation of tomorrow's 3 Feet High and Rising deep dive, it seemed only appropriate to share our DJs' thoughts from back when this delightful hunk of vinyl slid in the door almost three decades ago. I would say more, but I think the KCMU crew pretty much covers it all (and more) below. 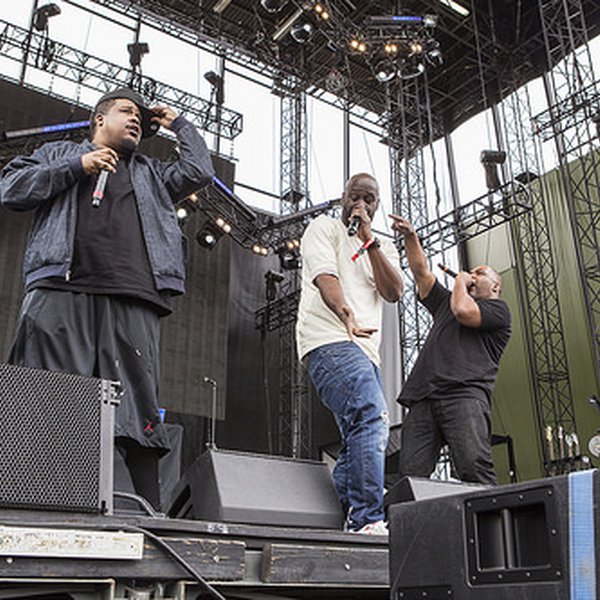 “Put your hands up if you love hip-hop!” shouted De La Soul as they opened a killer set of their career spanning hits cherished by fans of old and probably more than a few brand new fans. New York hip hop band of the last 25 years, De La Soul truly are masters of the craft and made it damn well kno…