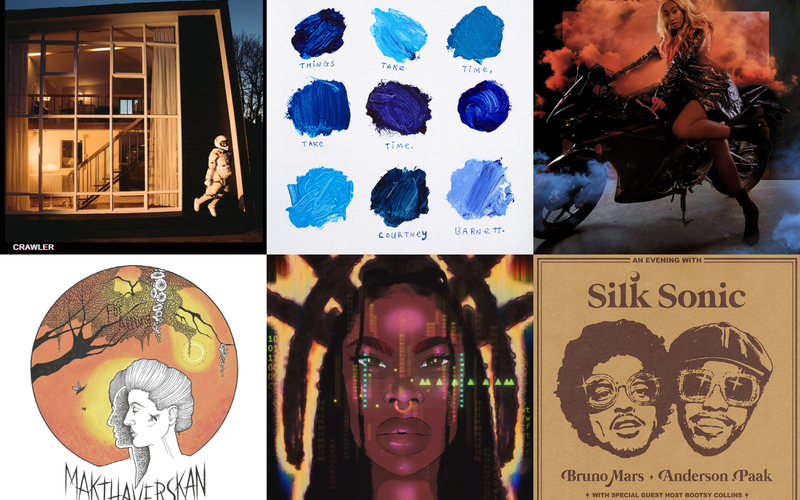 Each week, Music Director Don Yates (joined this week by DJ Alex) shares brief insights on new and upcoming releases for KEXP's rotation. These reviews help our DJs decide on what they want to play. See what we added this week below (and on our Charts page), including new releases from IDLES, Haviah Mighty, Courtney Barnett, and more.

Jenevieve – Division (Joyface)
The debut album from this Miami-raised, LA-based vocalist is a stellar set of expansive 90s-stepped R&B-pop that tackles sultry R&B slow jams and energetic pop anthems with an assured flair. Co-produced by her writing partner Benziboy who provides a broad and dynamic palette for Jenevieve's magnetic voice, Division signals one of the standout R&B debuts of the year. — AR

Swindle – The New World (BMG)
The latest album from this London producer (aka Cameron Palmer) is a potent, rhythm-driven blend of hip hop, grime, R&B, dub, jazz and other styles, combining a diverse, colorful sound with lyrics of healing and resilience. Special guests include Kojey Radical, Greentea Peng, Loyle Carner and other notables. — DY

PinkPantheress – to hell with it (Parlophone)
The debut mixtape from this quickly ascending 20 year-old British singer, songwriter, and electronic producer is a breakout set of electronic-pop nuggets (most songs clock in under 2 minutes) that boldly blends her shy yet expressive vocals with bedroom pop, R&B, garage, jungle, drum'n'bass, and alternative styles in thrilling, refreshing, infectious fashion. Also boasting a magnetic nostalgic streak that nods to the dance anthems and melancholic pop hits of the 1990s, to hell with it is a distinctive debut from an undeniable talent who has quickly rose to major label status thanks to her viral success on TikTok. — AR

Native Soul – Teenage Dreams (Awesome Tapes From Africa)
Native Soul is the collaborative project of Kgothatso Tshabalala and Zakhele Mhlanga (aka DJ Zakes), both teenage producers based in the city of Pretoria in South Africa. Their debut album is a unique take on their country's distinctive amapiano house music that adds a haunting energy and sinister melodies to the genre's foundational hypnotic mid-tempo grooves for an immersive, captivating, and often eerie sound. — AR

10 Minute Warning – This Could Be Heaven | The Lost 1984 Recordings (C/Z)
10 Minute Warning was one of the more important Seattle bands that bridged the gap in the early 1980s between hardcore punk and what was to become grunge. Their sound was heavier and more psychedelic than their hardcore brethren, as reflected in this previously unreleased album recorded in 1984 at the tail end of their 1982-84 run. — DY

Dina ögon – Dina ögon (Sing a song fighter)
The debut album from this Swedish outfit is a fantastic set of nostalgic soul-pop that taps into the colorful, carefree, psychedelic spirit of the late 1970s but is further enhanced by sleek modern production techniques and a love for tasty drum breaks. Although sung entirely in Swedish, Dina ögon's groovy sound is universally engaging and has been fittingly described as "the lovechild of Fleetwood Mac, Eric B. & Rakim, Khruangbin and some obscure Motown b-side singles." — AR

Herbert – Musca (Accidental)
The latest full-length album from veteran British electronic producer and composer Matthew Herbert is the latest in his series of "domestic house albums" – following in the distant footsteps of his stellar albums Around The House (1998) and Bodily Functions (2001) – and it's a cerebral, expansive, and dynamic set of deep house grooves, soulful R&B moments, and musique concrète excursions. Collaborating with eight different vocalists that he had never worked with before or met face-to-face, Musca thrives on the vibrant fusion of the featured artist's sultry vocals with Herbert's exquisite and heady productions. — AR

Early Internet – You're Just In Time To Miss Everything (self-released)
This debut album from recent Seattle transplant Dean Stafford (aka Early Internet) is a sharp set of nostalgic, melancholic, dreamy indie-pop that taps into a melodic and slightly emo-tinged early 2000s sound reminiscent at times of Death Cab For Cutie, The Go Find, and Jimmy Eat World. Featuring lyrics that reflect on feelings of missed windows of opportunity and lush guitar-driven backdrops, You're Just In Time To Miss Everything carries a distinctively moody, introspective, catchy presence that feels second nature to the Pacific Northwest. — AR

Cid Rim – Songs Of Vienna (LuckyMe)
The second album from London-based, Vienna-raised musician Clemens Bacher (aka Cid Rim) is an adventurous set of experimental pop that finds his labyrinthian production talents frequently enhanced by his own expressive vocals for his most accessible release to date. A cerebral mixture of club-ready beats, jazzy flourishes, prog-influenced kosmische explorations, and operatic choral pop, Songs Of Vienna is a densely-layered, kaleidoscopic, and at-times thrilling listening experience. — AR

Borboleta -– Until That Time EP (EveryDejaVu)
The debut EP from Providence, RI-based musician Rochelle Leach (aka Borboleta) is a promising set of soulful R&B with a classic pop sensibility. — AR

Ah-Mer-Ah-Su – Hopefully Limitless EP (DERO Arcade)
The latest EP from this Los Angeles-via-Oakland musician is a poignant set of confessional, charismatic, and colorful pop that confidently sways between intimate chamber-pop and energetic synth-pop styles while lyrically tackling her experiences as a black transgender woman. — AR 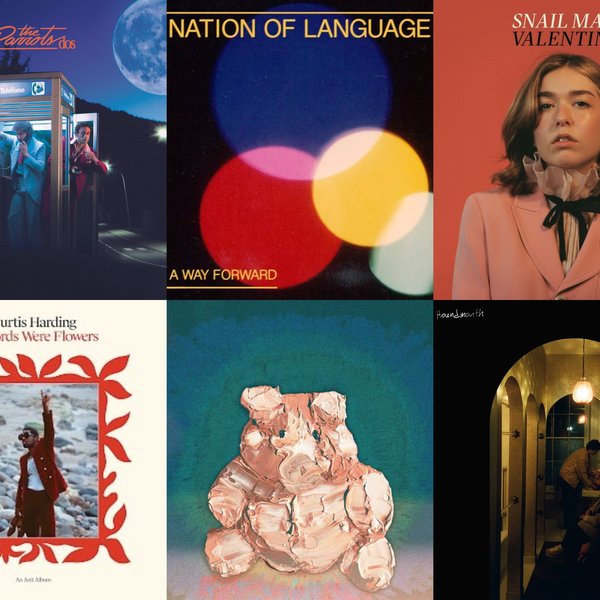 Each week, Music Director Don Yates shares brief insights on new and upcoming releases. See what we added this week, including new music from Snail Mail, Nation of Language, serpentwithfeet, and more. 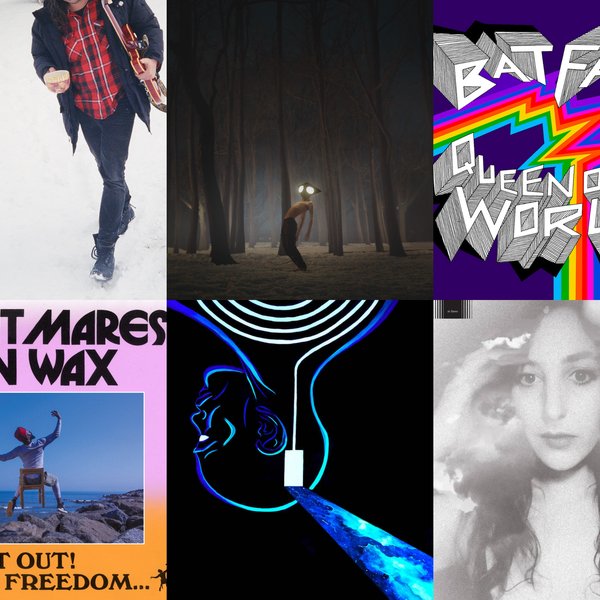 Each week, Music Director Don Yates shares brief insights on new and upcoming releases. See what we added this week, including new music from The War on Drugs, Theon Cross, Nightmares on Wax, and more. 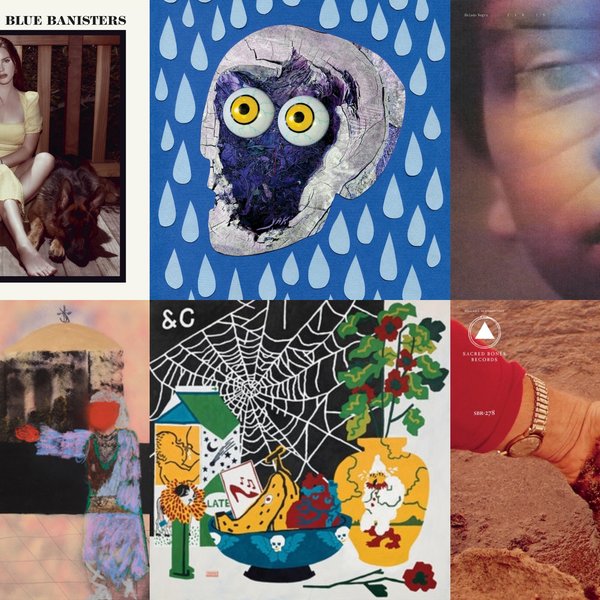