Musician Matthew Seligman died on Friday, April 17th, from complications due to the COVID-19 virus. His friend and former bandmate Thomas Dolby had been posting status updates on Facebook, tracking Seligman's condition, but confirmed the news Friday afternoon. Dolby held an online candlelight vigil for Seligman over the weekend, and has launched a GoFundMe campaign to help support his surviving family,

Seligman and Dolby go way back, both as members of Bruce Woolley and the Camera Club. (Woolley co-wrote the song "Video Killed the Radio Star" with The Buggles, and released it on his 1979 debut LP English Garden, featuring Seligman on bass.)  He joined The Soft Boys in 1980, just in time for their now-highly-influential release Underwater Moonlight. "I first met Matthew in 1976 in Cambridge, just before the beginning of the Soft Boys," reminsiced Soft Boys founder Robyn Hitchcock. "He had nice dark hair and was very charming, with a slight break in his voice. A joyous and funky bass player, he made Underwater Moonlight an exuberant LP to record and listen to."

After the Soft Boys broke up, Seligman went on to join the Thompson Twins, and to play on recordings by The Waterboys, Peter Murphy, Sinéad O'Connor, Morrissey, Alex Chilton, and David Bowie on the Labyrinth motion picture soundtrack album and the single "Absolute Beginners." As a live musician, he supported Bowie at the 1985 Live Aid concert. He played bass on Hitchcock's first few solo albums, as well as Dolby's solo music, playing on the albums The Golden Age of Wireless (1982) and The Flat Earth (1984), as well as Dolby's smash hit single "She Blinded Me With Science."

On social media, Waterboys founding frontman Mike Scott declared him a "true gentleman, ace bassist, and dedicated Fulham FC fan," adding on Facebook, "I'll always remember Matthew as a very kind man, and as a brilliant, fluid bass player — easily the best bassist I'd ever played with when I first met him. He cut a dash too in his elongated paisley jacket, like a long louche cat onstage. Later he became a barrister and human rights lawyer — so he was also a cat who could excel in different worlds."

"I’m profoundly grateful to have played music with him — you could really see his face light up like a full moon when he listened back to a take he enjoyed," Hitchcock concluded on Facebook. "Onstage he would lope and lurch and pace when the music moved him. Matthew is, was, and always will be one of the greats." 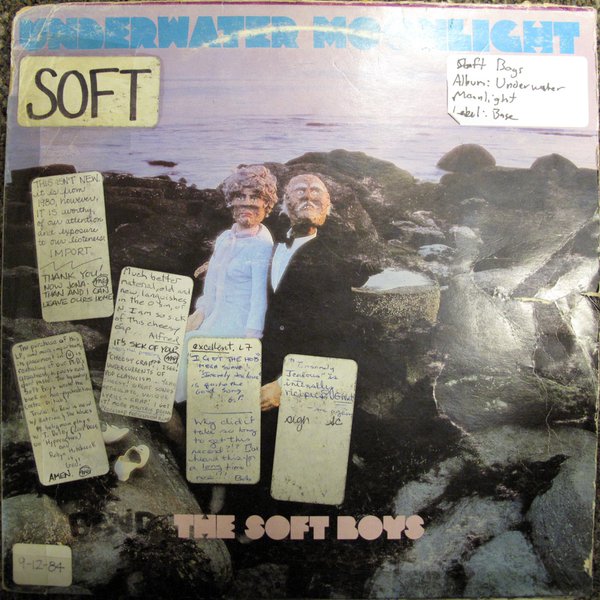 I covered a Robyn Hitchcock in this space a while back, but this is the first time we've looked at an album from The Soft Boys, the band that first brought him to the attention of college radio nerds across the globe. The band was rather short-lived, breaking up shortly after the relatively unsuc...