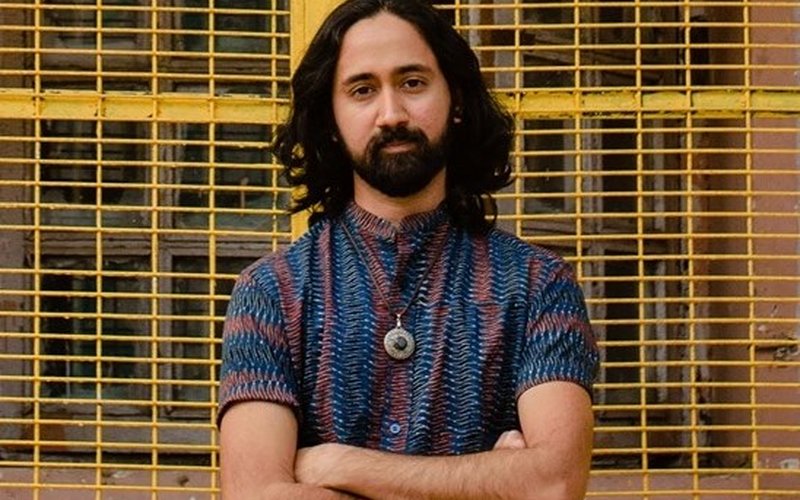 Sarathy Korwar is a percussionist and producer born in the US, raised in India and now living in London who began playing tabla at 10. It was around this time that he was drawn to American music, like hip hop, and the sounds spilling out of his local jazz music shop. His latest release, entitled More Arriving, fuses those genres with various elements of the diverse music of India to create something new and vibrant. He says “this record aims to feature a diverse range of South Asian voices... reinforcing the fact that there is no single, all encompassing brown narrative.” KEXP’s Owen Murphy spoke to the musician in India via Skype early one morning a few weeks ago.

KEXP: What was your intention for More Arriving — was it important for you to feature a diverse array of (artists from all over the world)?

Sarathy Karwar: I think on More Arriving, my main focus was to feature a range of South-Asian voices from MCs and poets, particularly from India, but also from the diaspora. So from the United Kingdom, but also from the Middle East, a voice from Jamaica — and so various different voices amongst the South-Asian diaspora — to kind of drive home this point that there is no one single brown identity. There is no one single South Asian identity. And that we exist in this world where there are different voices and different opinions on what it is to be South-Asian.

What did you, yourself, in particular, learn that you didn't know?

I feel like it's always interesting going into places you're not familiar with. For instance, in Mumbai, I was working with a rapper (MC Mawali) who has a completely different reality to the one that I've ever known or ever seen of the city. It was always interesting to go in to different, sort of, cities and just learn what people's lives are like and what they wanted to rap about and what their concerns were. So, everyone. I was learning something every time I recorded anyone.

What did you learn from him about Mawali's life that you didn't know?

I think for him, it was interesting because he comes from a very working-class neighborhood and his influences in rap, for instance, you know, he was listening to a lot of sort of Old-School '90s hip-hop and I was really surprised by, like, how much he was listening to, you know, even people like Dilla, just a lot of amazing music that I grew up with as well. And I think he — somebody being 10 years younger than me — I kind of expected almost that his range of influences would be different. But actually, what do you know, [we] kind of listened to the same music growing up.

And also his concerns for the city were interesting. You know, I think at this point — he's concerned and, I mean, I'm also concerned about the kind-of growing right-wing fascism in India and being caught between this narrative of like all the British colonial narrative, but also... the right-wing Hindu fascist narrative. So, trying to find your own way in navigating the kind of systems in place and like basically living in the city that you love and kind of coming to terms with these two different ideologies that are trying to pull you in their direction.

I don't know why right-wing fascism is taking hold everywhere — I mean, here as well. Do you have a sense why you think this is happening?

I think the right-wing everywhere is just far more organized than the left at this point in history. And they're, you know, in a position to capitalize on growing inequality and anger and angst just so much more than the left is, almost like there's a — I feel like the left is lacking a lot of imagination and like a hope for an actually awesome future. I think that's the same sort of problem with, in a sense, the climate debate, like I feel like any new world that's being talked about lacks that kind of excitement. It sounds like we're going into, like, an age of austerity. Every time we talk about climate, for instance, it's like less, less, less. But actually we could be thinking about a future that is actually more, but just a different kind of more. And, yeah. Sorry, it's bit of a tangent, but I feel like we lacked a little bit of imagination to imagine a positive future, whereas the right are doing it with a negative kind of world view. Sorry, yeah, that's it.

Will Brexit effect how you work?

At this point no one really knows because it hasn't actually come into practice yet. People are trying to figure out what Brexit actually means. They have been for the last three years and I don't think we'll know until the end of this year anyway. But I have an American passport and I hopefully will have a British passport by the end of the year. So hopefully it shouldn't change much, although again, no one really knows whether there's gonna be taxes on British musicians going over to Europe. I mean, I do rely on primarily touring as my main sort of source of income, and most of that touring happens in Europe. So if there's any changes in the kind of agreements in terms of people going over, musicians going over, an how they're paid and how they're taxed, then yes, it'll affect me. But who knows? Who knows?

So, you were born in the United States — will you run for President?

Yes, is the short answer. No, I'm kidding. Yeah, I basically, well, I kinda think of London as my home at this at this point. I've been there for 10 years and I'm most politically aware of things in London and India at this point. And the US is kind of sort of like a third place that I kind of — Yeah, of course I know what's going on.

Why did you name this album More Arriving?

More Arriving is this idea to challenge that negative rhetoric of people coming over, stealing your jobs, diluting your culture. You know, that whole sort of mainstream — again — right-wing rhetoric where immigrants are being scapegoated all over the world, like we said. I wanted to use that title to say, in a way, hey, maybe there are more coming. And that's not necessarily a bad thing. And we're going to have to deal with it anyway. We can't stop people from moving. Ultimately, you can't stop the movement of people. Historically, it's never happened. And usually it's always been for the better. If you can open people in and be as open to new ideas as often people have been historically.

"Bol" may be my favorite song on the album. There's so much happening in it. I would love to know more about it.

"Bol" started with two different ideas in my head. "Bol" was I love Qaawali music, you know. Kind of over the last five years at least, I've really been getting into listening to a lot of Qaawali music. Qaawali music is a form of sort of semi-classical — it's considered semi-classical Indian classical music, basically a form of Indian classical music in a way. But it has its roots also in folk music, Sufi music, devotional music like transcendental music, spiritual music. It's a very popular form, especially in Pakistan, but also in India amongst Sufi Muslims. And so, yeah, I kind of really started listening to a lot of it through my sort of Indian classical background. I was looking to branch out and trying to explore other musics that are kind of in the similar kind of world universe, but a little less rigid in form, if that makes sense. I wanted to make this song that's based on this idea of Qaawali music and devotional music and this hypnotic idea of, you know, just sitting in a groove and just keeping it there for a while. And at the same time, I came across this poet, this fantastic poet, Zia Ahmed, on YouTube and I watched him do this spoken word performance. And I was really taken by just his wordplay and cheekiness and humor and sarcasm at being British Asian. So I was like, this is great. I love what he's doing. And I asked him to be on the record. I knew I wanted him to be on the record. And that's how the two things came together, really. I was like, okay, I'm going to do this kind of Qaawali-based idea with Zia Ahmed on top of it. And then this wonderful other vocalist called Aditya Prakash, who's based in L.A. but happened to be in London at the time, who I'd come across through a common friend who's a fantastic Carnatic Indian classical vocalist. So I just kind of happened to have these people in the room at the same time, well I organised it, but I kind of fortuitously had them all in the same city at the same time. And that's how the song came about. There's a harmonium on it. Al McSweegan on harmonium. Tamar Osborn on saxophone, baritone and soprano. And yep, me on drums. That's how the song came about. I'm really pleased by how it's all come together.

What did you learn from playing shows with Kamasi Washington?

That was really interesting because that was off the back of my first album in 2016 and I had hardly played any music with my own project up to that point. So, suddenly before the album came out, I was on tour with Kamasi. I got a call from my booking agent saying, "Right, you have two days. Get the band together. You need to go on the road with Kamasi." I was like, "Oh my God, is this really happening?" And we ended up playing these four dates with Kamasi and his band in the UK as a trio, two, about two-and-a-half, three thousand people every day. To be propelled into that scale of concert with this music was a real steep learning curve. But also then watching him and his band play after us and just looking at the work ethic, that kind of.... Yeah, the way they kind of, approached each concert. And there it was, it was immense. You know, just soaking it all in, like you say, talking to them backstage. Everyone was really curious and open to hear about everyone else's music. And it was just a really nice kind of environment to be part of. So, yeah, I can always remember that time very fondly.

More Arriving is available now via The Leaf Label. 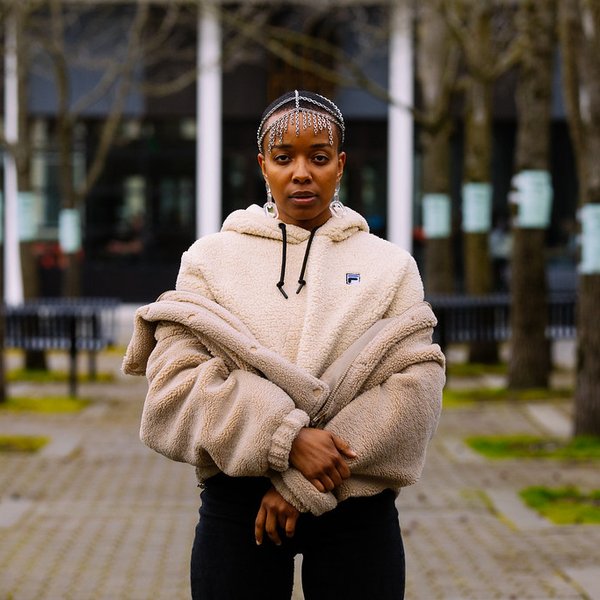 KEXP's Cheryl Waters spoke with the Chicago artist about the tracks on her latest album, which were inspired by artists of color like Jean-Michel Basquiat and Octavia Butler. 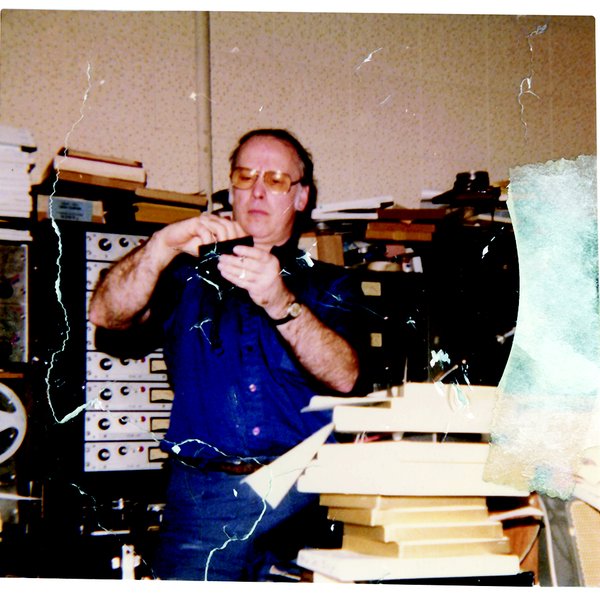 The recording engineer’s work is highlighted on a new Light in the Attic compilation titled Kearney Barton: Architect of the Northwest Sound. 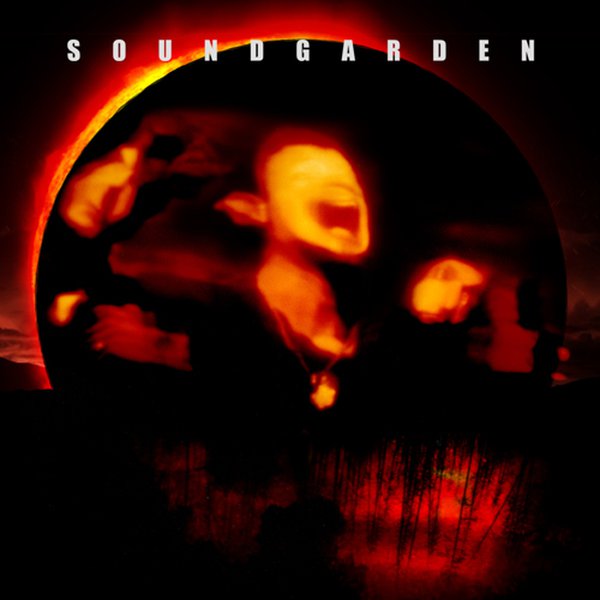