Review Revue: Young Fresh Fellows - This One's for the Ladies 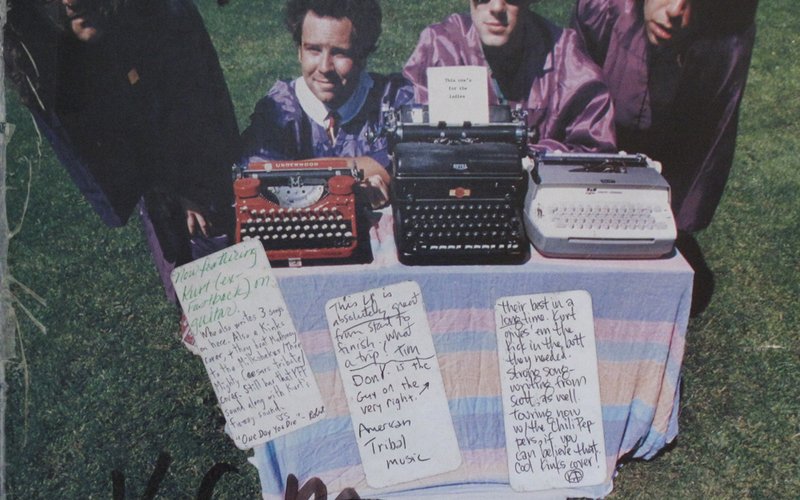 I don't know about you, but I thought we could all use a little positivity. So why not an album by a beloved local rock institution (who at the time had recently been joined by another local rock institution), with nothing but positive comments on it from the snarky crew at late '80s KCMU? That's right, Young Fresh Fellows — with newly-minted lead guitarist Kurt Bloch — were, seemingly without exception, wowing the crowd at the station. And lest you think this is just blanket appreciation of a local favorite, this appears to be the most positively-received YFF album I've photographed. (Even the generally well-liked Topsy Turvy had a few negative comments on it.) So read on, listen along if you're so inclined, and just enjoy some good feelings.

Alas, YFF's recent gigs opening for Wilco (!) at the Paramount were canceled due to — well, you know — but they do appear to have local shows scheduled in June and July. Let's all continue to think good thoughts that these rocktacular events can proceed in a safe and healthy fashion.

"Who also writes 3 songs on here. Also a Kinks cover, + they beat Mudhoney to the Milkshakes/Thee Mighty Caesars tribute/cover. Still has that YFF sound along with Kurt's fuzzy sound."

"This LP is absolutely great from start to finish. What a trip!"

"Don Y is the guy on the very right." [I can only assume this comment is referring to our own Don Yates, and that it's meant to be a humorous comment on the slight resemblance between him and Kurt Bloch. Consider yourself informed/entertained.]

"American tribal music." [I honestly don't know what this is supposed to mean. I think we threw the word 'tribal' around a lot more in the '80s and '90s.]

"Their best in a long time. Kurt gives 'em the kick in the butt they needed. Strong songwriting from Scott, as well. Touring now w/the Chili Peppers, if you can believe that. Cool Kinks cover!" 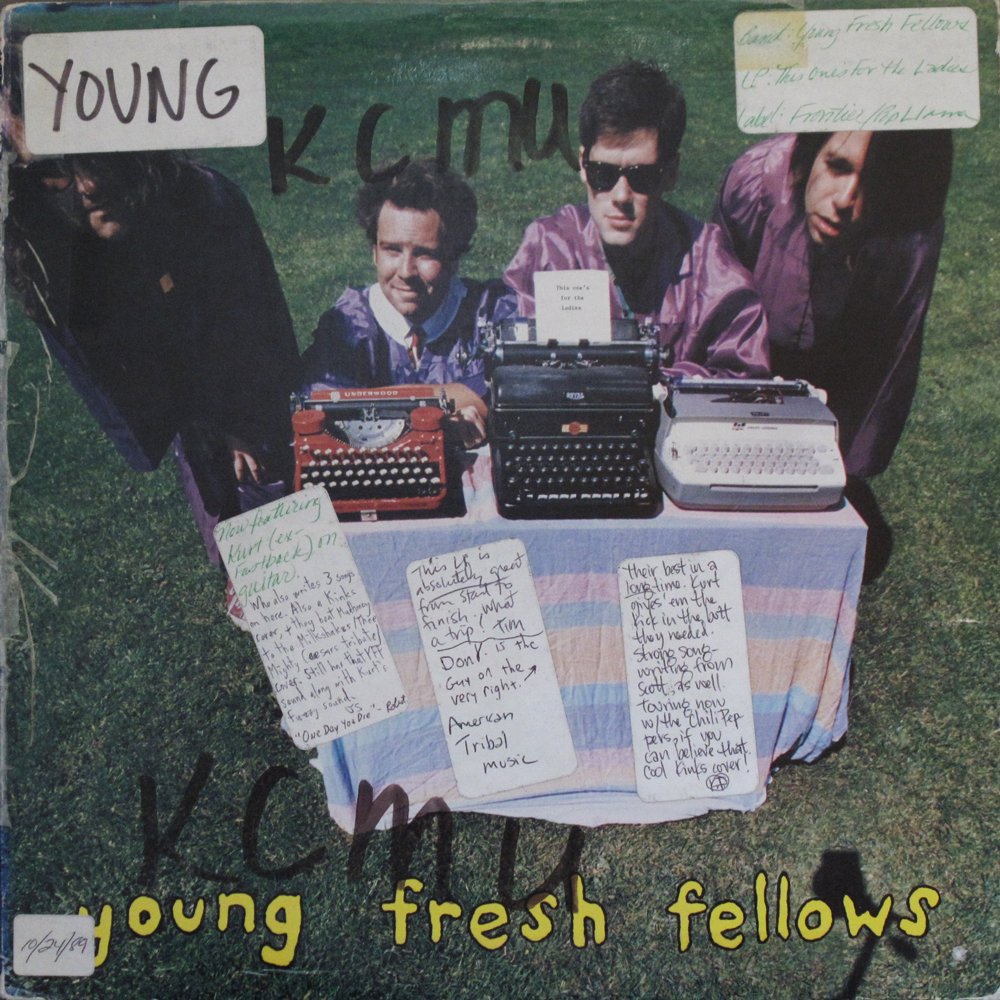 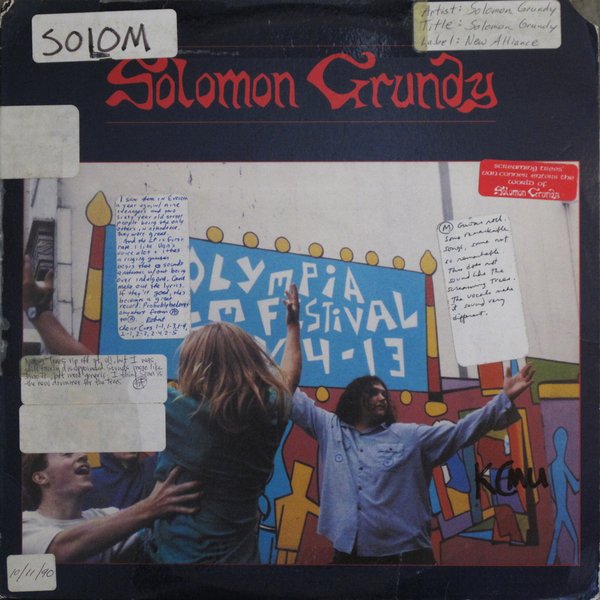 This week's Review Revue spotlights Solomon Grundy's self-titled album from 1990. See what KCMU DJs thought back in the day. 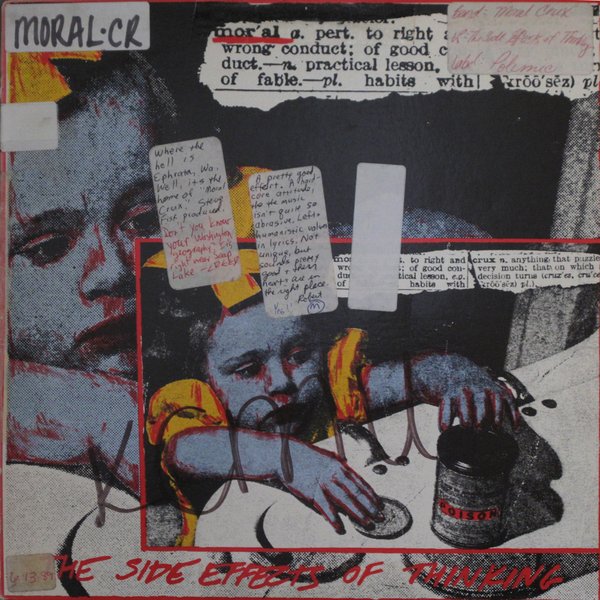 Review Revue: Moral Crux - The Side Effects of Thinking

This week's Review Revue spotlights the Moral Crux album The Side Effects of Thinking. See what KCMU DJs thought back in the day. 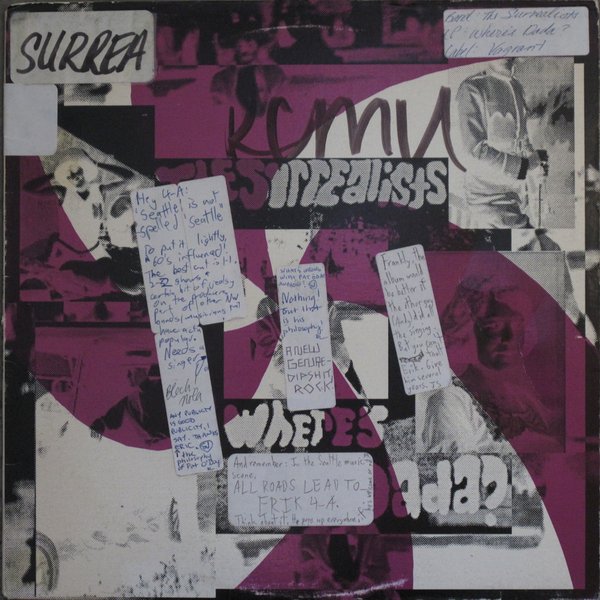 This week's Review Revue spotlights the album Where's Dada? by the Surrealists. See what KCMU DJs thought back in the day.