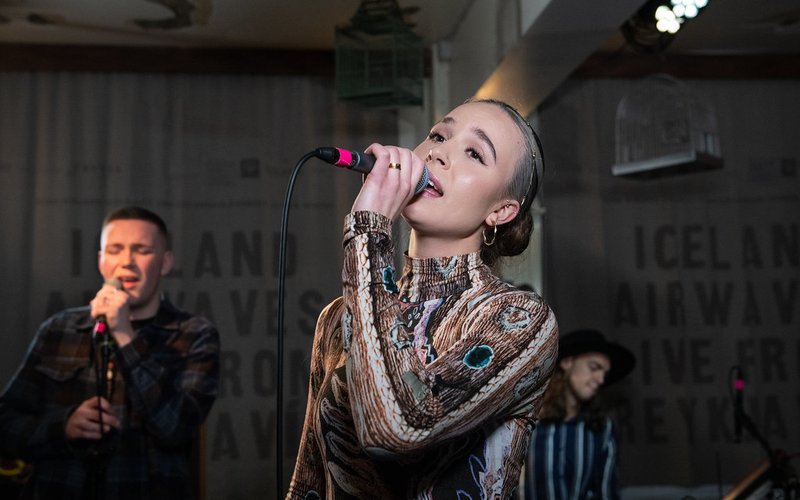 The title to GDRN’s debut album Hvað Ef translates in English to “what if.” It’s an open-ended question but one that mirrors GDRN’s journey. The moniker of Icelander Guðrún Ýr Eyfjörð Jóhannesdóttir, GDRN was never her original plan. While she played music growing up, her original dreams were to be a football player before those were cut short after an injury. But that brought her back to music.

Fast forward to 2019 and Jóhannesdóttir’s debut has made a splash in her native country, sweeping up at the Iceland Music Awards – including best female artist, best pop song, best pop album, and music video of the year. With her soulful blend of pop, jazz, and R&B, it’s easy to understand why her music is resonating. When GDRN stopped by the Kex Hostel during KEXP’s broadcast in Reykjavik, it was clear that we were in the presence of a pop star on the rise.

Watch GDRN’s performance at Iceland Airwaves 2019 and read our interview with her below.

KEXP: You've had an interesting path into music. I read that as a kid you used to sing and then you stopped for a few years, you played the violin and you've studied classical music and jazz. I'm curious, like, what brought you to music and into where you're at now and the type of music you're making now?

GDRN: Well, that's a hard question. I always wanted to be like a football star and I was going to do great in football and then I had a knee injury. And then I kind of just wanted to find a hobby. I never really thought about [a] music career or becoming a solo singer or anything. I just got this opportunity when two of my friends asked if I wanted to sing in a project that they were doing in 2017. We released it and things have just kind of rocketed since then. I released an album, my first album, 'Hvad ef' – or 'What If – in the summer of 2018. So it's not that long ago.

Did you have a vision for the project going into it? What was the big idea you were working toward?

The big idea was just to have like an album that would sound not just kind of like song after song that would be really different, but maybe some kind of a story or something that would hold it all together. So that was kind of the idea with his first album – and my second album that I'm working on right now.

And you mentioned that the title of the album translates to 'what if?' What about that phrase compelled you and how does that title fit the record?

So the last song that I recorded for the album was the song that is called 'What If?' And I just thought it would fit well because all of these songs are kind of about love and they're about heartbreak or something. And I just thought that it summed it up well. What if this and what if that, that's kind of a theme in the lyrics. Like you're asking a lot of questions because you don't understand them because love is complicated and everything. I thought it would fit well with it all the songs. 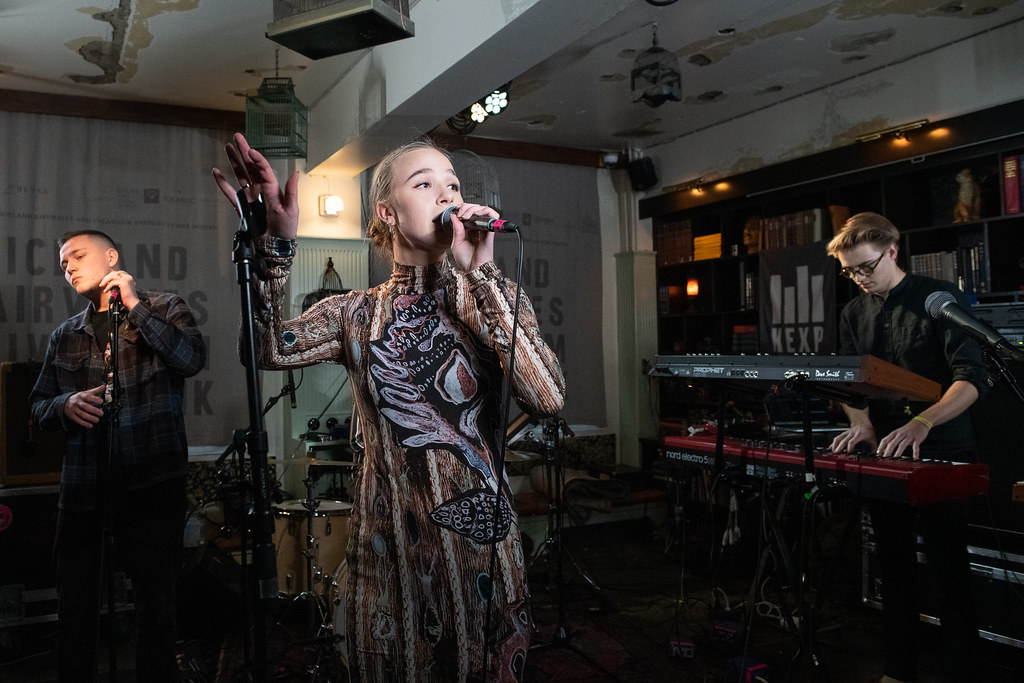 You worked on the album for over two years. I'm curious how the album changed throughout that time. Did it start one way and end up in a different place?

Surprisingly, it didn't. It kind of just went on a path and it just kept going until it was ready. We were really surprised at the end of it when we realized that all the songs just fit so well together. And it was not on purpose. I think we just let the project go its own way. We didn't want to interfere with the way it was going. And I think also a part of it was because we were all just beginners and making music and making lyrics and everything. So we didn't really decide which way to go. We just went along with it.

Now having made your first record, what are you thinking for the next one? What types of music are you listening to or ideas you want to explore?

The next album is a bit more... It has more live instruments in it and more of me singing with more power. Just the lyrical ideas – they're all in Icelandic, I'm sorry for your English speaking listeners – but they are just fully formed ideas, I would say. They have this uptempo feel and a little bit more jazz, live instruments and everything.

I love the live instruments in your live performance. You have such good energy on stage and communicating with the crowd. What type of environment or feeling do you like to bring to your live shows?

I really love performing for people and I really love seeing people have fun while I'm performing. And I just come with the energy that I would like to see if I was in the audience. I was really shy at first. But I kind of just realized, I just wanna...Before I do a show, I kind of visualize it beforehand in my head. And I decide how it's gonna be and how the energy is going to be. And then when I do it, it's just automatic. The audience and the band is just kind of like a mirror. If you have good energy when you come up on stage, then often the crowd is going to bring it back to you.

I'm curious about your creative process. You listen to so many types of music. I know you've mentioned you love heavy metal and classical and you studied jazz and classical as well. And I read that you Facebook message yourself lyric ideas. Where does the song start for you and then how does it start to take shape?

Well, it depends. Sometimes it's just a lyrical idea with no melody or anything. But sometimes I would just be playing the piano and some melody would come out of that and the lyrics would come like really late. And then I've been working with [members of the band] who were performing with me on stage and sometimes they bring some ideas and then I get an idea. I think it's really fun working with other people because you have maybe one idea and you didn't even know that you could take it somewhere and then there comes another person and just says, 'What if we do this and that.'. 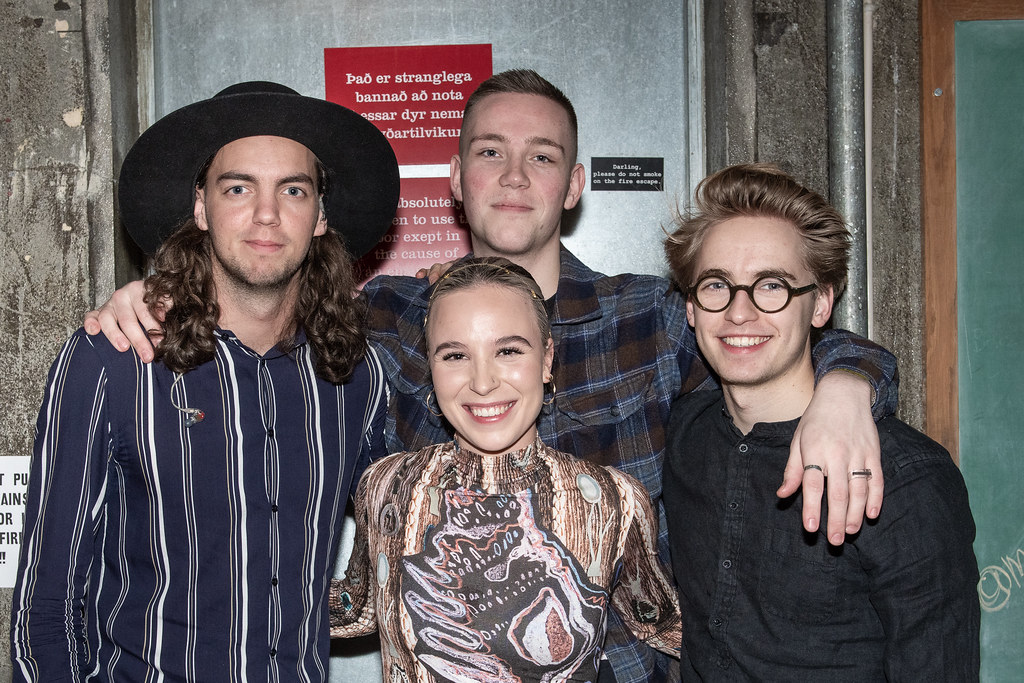 It seems like the music community here is very, very close-knit. Has that been your experience? I know some of your band members we've already seen at Airwaves in other bands and projects as well.

The music industry in Iceland is really small, actually. Everyone is really nice. And everyone wants to know everybody. You can't get away with being rude because then you're kind of being rude to everybody, you know? [laughs] But yeah, I really like the atmosphere here and the music industry here. I think it's hard to find someplace else.

Your album's been just so well received. It's gotten great reviews and awards. What's that been like? Has it been overwhelming or has it been exciting?

It's been both, actually. Both overwhelming and exciting because of only the fact that I did an album and I and I released it, I'm just really proud of it as a project and as an album. But then the people are listening. That's great. And that's kind of overwhelming. And then to win some awards it's just a bonus on top of everything else.

At the Iceland Music Awards recently, you won multiple awards. When you accepted the award for Best Female Artist, you said used to moment to tell young women to let themselves dream big. I'm curious about what made you feel compelled to share that message and why that was an important message to share at that time.

When I was starting my music career, I was really afraid. I was really afraid of putting myself out there. And I was really afraid of what other people think about me. And I think girls sometimes have it more in them to drag themselves down and don't do things because they're afraid. I had really good support from my friends and family and the people that I was working with and maybe there are some girls out there that could do amazing music or just do amazing in everything they do and they don't do it because they don't have support and they don't believe in themselves. I just wanted to tell them, just do it. You can do everything you want just if you put your mind to it. There are a lot of girls have been messaging me. Right now at Airwaves, there are so many new Icelandic girls who are performing and doing something new and exciting. It's really good seeing that. 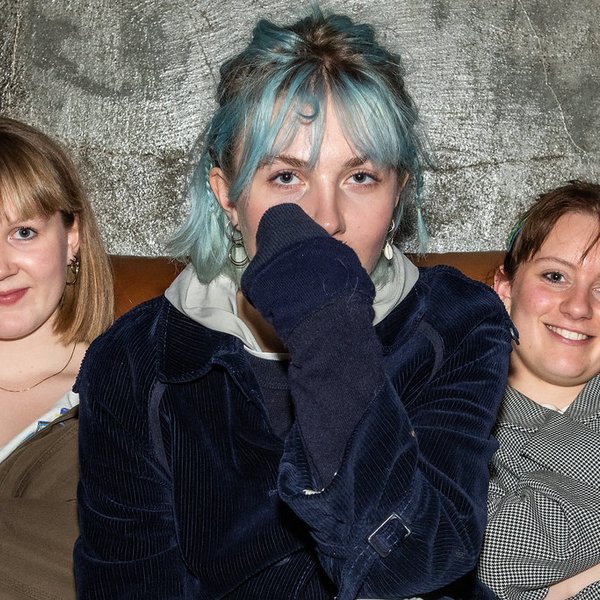 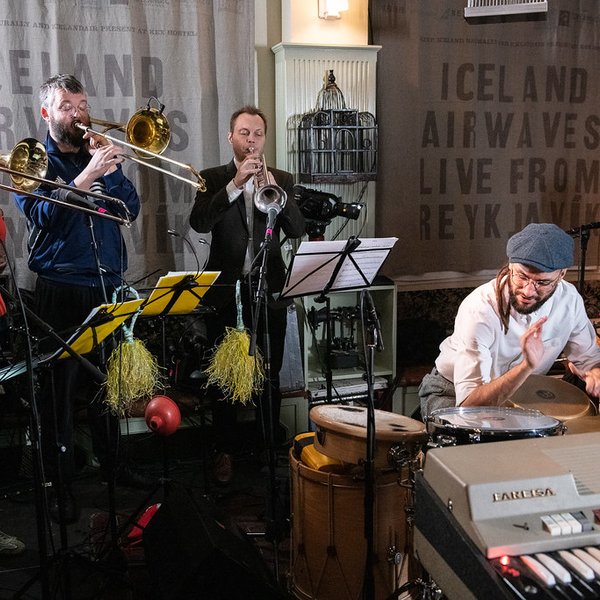 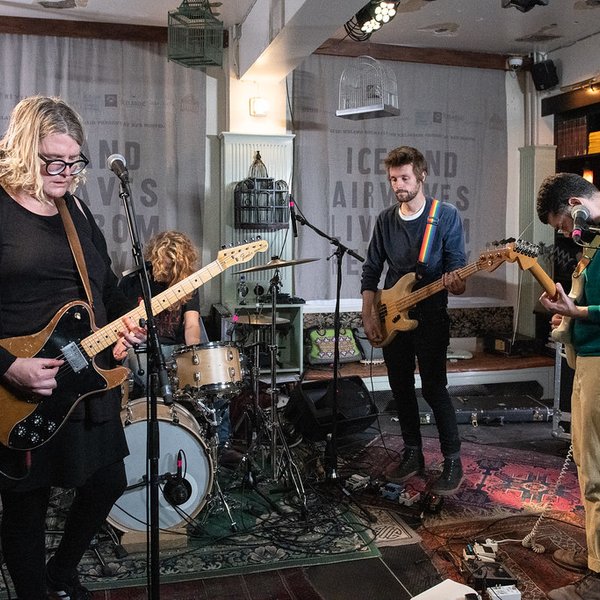