For a musician who has influenced a generation since coming up in the past decade, it's interesting to hear him talk about those who've influenced him. From behind his infamous curtain of wavy hair and smelling like cinnamon gum, Kurt Vile sat backstage at THING Fest and shared some of his favorite music-bio reads. His ever-present guitar sat in the seat next to him, an extension of his being.

On his latest album, Bottle It In, he continues to cement his reputation as one of the greatest guitarists around. And his efficient touring strategy has allowed him to work with guests like Kim Gordon, Cass McCombs, Stella Mozgawa of Warpaint, and Mary Lattimore on this release.

Before taking the stage, Kurt was kind enough to speak with KEXP about how he tours, covering Charlie Rich, and why he didn't get a guitar for Christmas as a kid.

KEXP: I read that you're enthusiastic about music biographies. I wanted to ask, what are some of your favorites?

Kurt Vile: More recently I love the country bios. And, like, all the Nick Tosches books like Country: The Twisted Roots of Rock N' Roll and Hellfire — that's about Jerry Lee Lewis — and The Unsung Heroes of Rock and Roll.

Earlier on in life, I would tell you things like Shakey, about Neil Young, and Hotel California is a really good book about, you know, the California scene not just about the Eagles. I wouldn't just be reading that book. But yeah, lately, the country types are the ones that really blow my mind. That said, I did get a modern auto-bio that just came out which is the Jeff Tweedy book. I've only read the intro, which is hilarious. I know it's gonna be good. That'll be a new thing to read an auto-bio about somebody I kind of know.

Have you learned anything constructive from reading music books?

Sure. I mean, it informs everything, but also I'm obsessive about music anyway. Once you read about their lives and all their albums indepth, you listen to those albums again and it's like virtual reality, which I've said a million times, but it's true.

The obvious question is, have you ever thought about writing one yourself?

Well, it's interesting what you did on the last album, how you recorded it as you toured.

Even that in itself. It is true, but it's like they get this person to write a bio about you and on that day, they're like, "So, tell me about this record." "Well, I decided to write this album just in between my life 'cause I tour a lot." But really I kind of always done that. But yeah, it's true.

On previous records, I would say Smoke Ring For My Halo and Wakin' on a Pretty Daze, and then to a degree, b'lieve I'm goin down... — the previous album I went on some long tours and then when the touring was done, I started a new record from scratch. And I knew from experience, I knew for a fact, I couldn't stomach going on the long album cycle and then after all the touring cycle is done, start a record from scratch. So even like I'm doing now: I fly all the way over to the west coast for this one gig. Then I'm going to fly down to L.A. and jam with some people, because I'm in work mode anyway and I'm over here. Maybe that's part of getting older as well. You're just like, while I'm here, I gotta do some work so I don't have to fly all the way back here later.

Earlier on, you tend to book a lot of time, like we gotta get this record done. Later on you realize, I'm in town. I could just do this in a couple days or I could book two weeks and usually only get about the same amount done because, you know, in the moment you're inspired and you record for a couple of days and you capture this thing. Then if you had two weeks, you may record but you'd be like, "oh I have two weeks so we'll get to that." You kind of live it. That's basically it.

Do you prefer that method as opposed to the other way?

Well, I'm excited to make a record slower. I plan to do that this time. But that said, there's certain people I wanted to play with. And these are the last two shows I have here on the West Coast. This is a one off and then I have another one off coming up in October and I'm playing Hardly Strictly Bluegrass Fest in San Francisco and I'm going to do a similar thing, play a little bit on the West Coast just because I'm here. So that's sort of that method. That's the method of the previous record. But yeah, I am going to take my time and make a record a little slower. What inspired you to cover the song "Rollin with the Flow" on your latest album?

Well, sort of like our first question, we're talking about all the country bios I've read and so I was getting deep into country and in general, George Jones's autobiography, I Lived to Tell It All. That informs everything, you know. One person I asked was J Mascis. I said, "you're into country; who you listening to?" and he told me about Charlie Rich. And then while I was on tour I started listening to him. I was listening to certain several big songs, like very special love songs that sounded good burned from vinyl. It's like countrypolitan, almost sappy but undeniably great. But then I just got this used CD. It was a greatest hits and was a couple bucks. There are two songs on there that I liked a lot. One was "Good Time Charlie's Got the Blues" and the other was "Rollin' with the Flow" and they both have a similar swagger. I just knew that nobody would be covering "Rollin' with the Flow" anytime soon. It just grabbed me. I feel like it was similar to what Wilco covered, [Steely Dan's] "Any Major Dude Will Tell You." Similar, like AM gold in a way. Not quite, more than that. I knew nobody would be touching that in my sort-of "indie rock world."

Did you listen to country when you were growing up, like as a teenager?

Well, my dad would play it, just the basic staples like Johnny Cash, Hank Williams, and things like that. But he was mainly playing bluegrass music, which I like a lot now. Maybe I didn't love it then or I did like it but I didn't admit it. He'd be playing certain old time things like Doc Watson and later on he had the American Folk Anthology and Charley Patton and Delta Blues things like that. Mississippi John Hurt, I got into through my dad. More like the roots. I got deeper into actual country once I read George Jones's autobiography. I knew the basics but then that kind of informs the rest and then you get deeper and deeper.

I read that your dad bought you a banjo at first instead of buying you a guitar?

He bought me a banjo for my 14th birthday. The year before, I was gonna get a guitar for Christmas or something, but then they said I was being really bad. So anyway I got a banjo. I'm glad that I started with the banjo.

What's the first concert you ever went to?

I wish it was something cooler. But it was probably... I remember the [Beck] "Loser" single came out and my brother bought it for me. It had that song "Fume" on it and "Alcohol" and all these cool, you know, kind-of stoner folk songs that I really like. I remember on the day he got me that, I went to see the Counting Crows. [ laughs ] I definitely loved the concert at the time. But, no, I can't say I fully back the Counting Crows at this moment. A couple of songs I still kind of like but, you know, they're pretty cheesy. 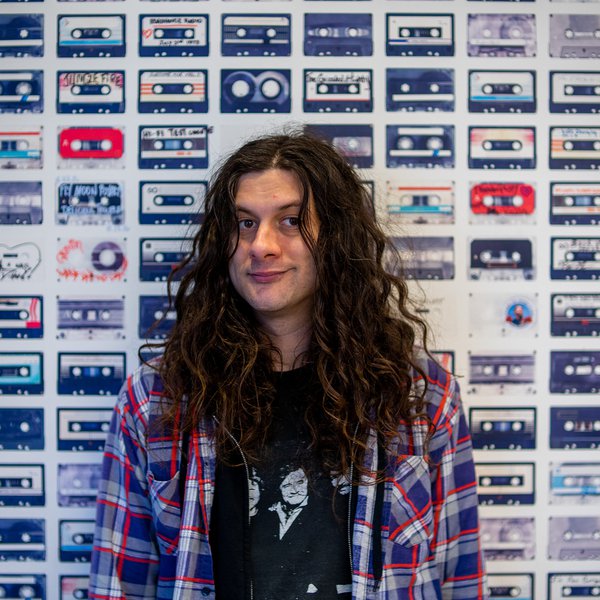 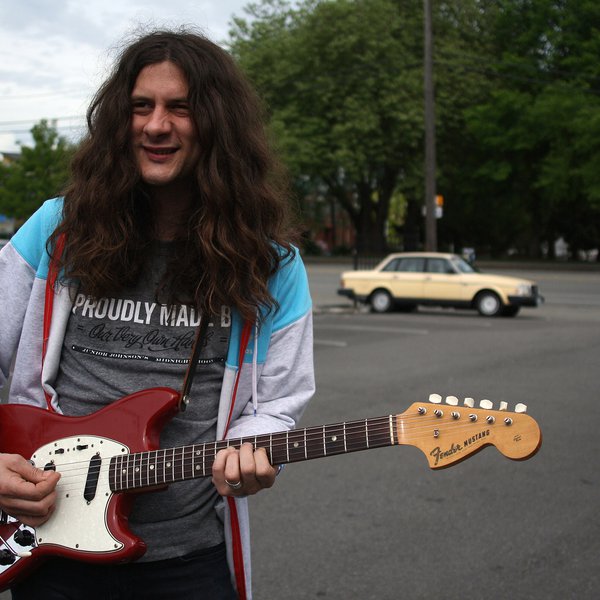