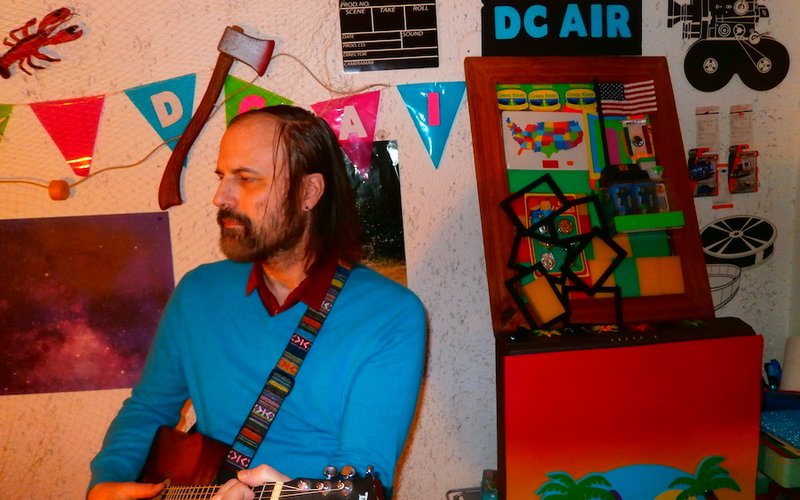 I paced around my apartment as texts kept piling into my inbox.

I listened to his creaky baritone all afternoon, poured into his songs just as I had been doing for years and years and years. The song about how God made the universe when he was young ("But since then, it's been a slow education"). Or the song that ends with a funny joke about a kid who wants a car ("Dad says, 'First you gotta cut that hair' / Boy says, 'Hey Dad, Jesus had long hair' / And Dad says, 'That's right son, Jesus walked everywhere'"). So many people I know tweeted song lyrics (mine were from Starlite Walker's "Trains Across the Sea"). It was three days before David Berman, perhaps my favorite songwriter to ever have lived, was set to begin touring for his new project Purple Mountains and the exceptional self-titled record released not even a month prior. After a decade of aborted projects musical and non-, Purple Mountains was set to pick up where Silver Jews left off when Berman announced he was retiring the band a decade ago.

The headlines seared right through my line of sight: "David Berman Dead at 52." At the time, there was no cause of death, just sincere and heartfelt platitudes about depression. I cried for hours a couple days later when news confirmed his death was ruled a suicide. To use this space to write about Berman being my chief influence as a writer; to tell the story of randomly meeting him after the Silver Jews show at Neumos on my 25th birthday; to share details of the letter I wrote him not incredibly long before that, about his 2003 suicide attempt and how I'd listen to Silver Jews for hours on end after a couple of my own intentional brushes with death to rest the tumult in my soul and try to make sense of things? I'm no stranger to grief, but all of that would be too painful to divulge at length.

A lot of obviously complex feelings will swirl around Purple Mountains from now until a lifetime in the future, when the effects of climate change dries and hollows out Planet Earth and we're no longer rhapsodizing about David Berman because there's no one left here to enjoy music. The most appropriate complicated emotion for this context is the fact that Berman's best musical work in almost fifteen years (since 2005's Tanglewood Numbers) – or almost twenty (2000's Bright Flight), depending on your particular tastes –will always be overshadowed by the tragic events following its release. Bright Flight, by all accounts written while Berman was in the throes of drug addiction and teetering on the brink of death, is a particularly uncomfortable listen because of what happened after and the years it took one man – one wry, sensitive, brilliant man – to patch up all the things hurting him.

Along with songs about finding absolution in roadside dives and the high tide of 50,000 beers, Berman's writing – as the lyrical nucleus of Silver Jews and in his excellent book of poetry, Actual Air – is beloved because of its empathy. Its burnished soul finding itself scattered among the old magazines and the browning receipts with words hastily scrawled onto them. Much of the weight of Berman's work came from taking heavy, heavy material and arranging it into a gorgeous, singular, and moving way. Like building a cathedral.

Purple Mountains is the all-too-sobering reminder that sometimes pain doesn't have a remedy, but releasing the sadness which ails us will always be an exercise in catharsis. No matter how temporary it seems.

The album opens with a pair of tracks ruefully grounded in exploring Berman's headspace, famously "playing chicken with oblivion" and a road where hardships are used as yardsticks. The former, "That's Just the Way That I Feel," is yet another in Berman's flawless opening tracks, and maybe the only country song ever where enemies overindulging in schadenfreude exists as a primary theme. The latter, "All My Happiness is Gone," speaks on how friendship is warmer than gold when you're old and features a classically sad and hysterical Berman line: "Lately I've been making strangers wherever I go."

Over the course of the album's 45 minutes, Berman's worst thoughts breaststroke in drown tanks full of gin. He pledges to learn how to like himself while asking for a table for one. He sees Portland's "icy bike chain rain" and powder cover the concrete streets and old buildings of Manhattan. A rainbow of food court margarita flavors lights up his face as happy hour retains its hold on him. He tries to catch a few winks of sleep in a Chevy economy car that looks like a Band-Aid with a hatchback. The beauty of Berman's songwriting manifests itself all over Purple Mountains, particularly on songs like "Snow is Falling in Manhattan" and "I Loved Being My Mother's Son," a plainly touching expression of grief with a sly callback to Tanglewood Numbers' "Punks in the Beerlight." Berman's preternatural grace runs deep even over his roughest and ramshackle songs, but with Jarvis Taveniere and Jeremy Earl of stellar psych band Woods smoothing the corners of Berman's sound, Purple Mountains summons the same majesty referenced in the source of its name, "The Star-Spangled Banner."

"The light of my life is going out tonight," Berman sang on "Darkness and Cold," using the sleight of hand he frequently uses with words to reveal multiple meanings. His talent pops up over and over again and hits as hard as ever in the chorus here, where the titular "darkness and cold rode in through the holes of the stories I've told." Berman sang contemplatively of this once in a lifetime love stepping out for the evening and into a Corvette the same color as rosé with "the weather of forever retaking control." The David Berman of Purple Mountains struggled with lonliness and isolation in the face of his separated wife having a bustling social life while he feels like a stranger in her presence.

"Nights That Won't Happen," with the added perspective of knowing how this story ends, becomes a chilling look at grief, hauntingly (and hopefully unwittingly) prescient. Houses dream of ghosts, the going back through or speeding up time to get to the end. A rueful slap in the face of truth, necessary for sorting through grief: "The dead know what they're doing when they leave this world behind."

"Maybe I'm the Only One for Me" is a universal screed disguised as one of Berman's trademark brand of country song; a funny, catchy, kind of sad number playing out of the jukebox. The title and thesis is something most of us have thought while being ejected from the digestive end of one too many relationships that didn't work out. For a good portion of my adult life, this has been a hopeful statement, a mantra of independence and self-love. If nothing else, through all the dissolution of romantic partnerships, you'll always have you. On the song, Berman delivered one of the most tragically sad and funniest lines he's ever sung, clearly inspired by the country music tunes he's referenced and enjoyed practically his whole career: "If no one's fond of fucking me / Maybe no one's fucking fond of me." The tragicomedy of Berman's words speak to anyone who has been low often enough to just laugh it off.

Initially, I felt as though it was an optimistic end to what sounded like an emotionally trying time in Berman's life. Breakups are always difficult, especially when it comes at the end of a love which lasted decades, but through all the lonliness expressed in the song, Purple Mountains' closing track seemed like its creator was ready to take on the next stage of a life that would last a while longer.

Purple Mountains is a richly drawn final portrait from a man who used his astounding writing to work through some serious stuff. There's a lot to say and a lot to think about when it comes to the way David Berman left this world. Some of us were close to people who exited mortal existence the same way and others have tried themselves and lived. All the suffering gets done by the ones we leave behind. 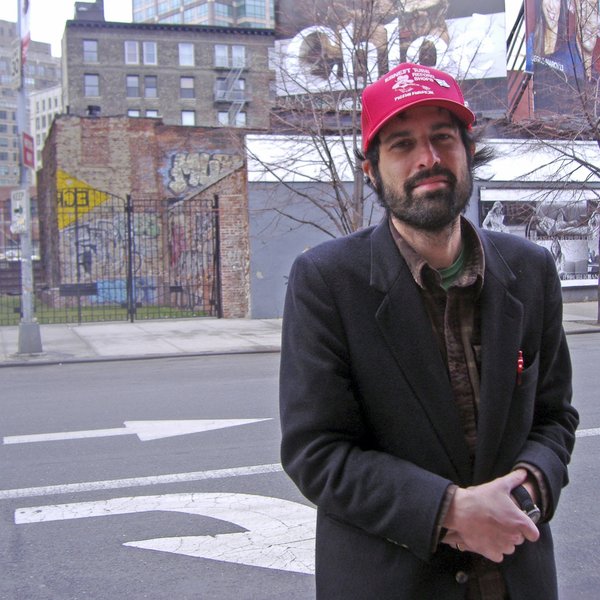 Songwriter and poet David Berman has passed away at 52.Cause of death is currently unknown.