In the pantheon of songs about having babies, there is generally a romantic slant. The baby depicted in song is rarely their own little person and only occasionally represented in a pure relationship with their parent(s), rather a conduit for a relationship or a euphemism. The debut single for Seattle trio No Baby (featuring dancer/choreographer Allison Burke, mutil-instrumentalist Joe Oakes, and former Thunderpussy drummer Ruby Lucinda) upends this well-worn songwriting trope by offering a fun and infectious dance-rock ode to popping out babies until the placenta goes numb. "Breach" is awash with bodily fluids; breast milk and blood dots the floor vibrating from the beat. The slug in the coven, the slimy ride or die, the proverbial buns dropping all over the place.

Filmed in one continuous shot by Cheryl Ediss in Georgetown, the video stars a vintage Mercedes-Benz being pushed across a parking lot and a host of local artists across several different media dancing, rubbing cream on one another, and hanging out of the windows. A little boy flashes a huge wad of legal tender of questionable origin and throws a rearview mirror die at the camera. Ediss' daughter Hypatia Skye leads off the proceedings after a secret handshake with Burke. When the Mercedes comes to a stop, Burke stage dives off of it and eventually runs away with Hypatia in the thick of the parking lot dance party. "I'm making money for my baby" goes the chorus as the little boy with the fake money makes it rain.

Both the band and the video's director had a few things to say about the song and video, which you can read below. Just below those insights is the video itself. My kingdom for the folks who recreate this video for their baby shower.

A few words from No Baby:

The song was recorded and mixed by Joe Oakes at Cornish College of the Arts and home studio and mastered by Rachel Field at Resonant Mastering.

Cheryl first met Ruby Lucinda (formerly of Thunderpussy) on the set of the music video for 'Welcome To The Disco'. They became instant best friends and continued to work together on many other video, art collaborations and travels with the band over the next few years.

Ruby and dancer/choreographer Allison Burke formed their new project No Baby in early 2019 which started as a performance art duo. Ruby and Allison decided that they had to play music and asked good friend and multi-instrumentalist Joe Oakes (of Coach Phillips and La Fille) to be the third member of the collaboration.

They immediately started writing songs together, sending audio files back and forth via email while Ruby was on tour. They started playing shows in February of this year and are taking the summer to write and record their debut album.

Allison choreographed movement in the video. The band agreed on a group of close friends comprised of musicians, dancers, actors and visual artists to star in the video. Allison was very specific about the casting- she asked people that she knew would take her direction and go even further with it. She gave very specific movement tasks for some people, and gave others just a vague concept and a physical map of where they should be and when. When we were shooting, she would adjust the movement rapid-fire after every take. The mosh pit was morphing the entire shoot, becoming safer, more stylized, and more reflective of the first half of the video. Finally in the last shot, everything fell perfectly into place. We knew it was the one.

A video collaboration most definitely was in the cards to introduce this new project. Allison texted Cheryl on Valentine's Day with a rough idea and the seed was planted.

Creative evolved and references pulled, we knew we needed a strong cast and crew to execute. DP Candace Fields was on board from the beginning and helped guide our look and feel. We set a very modest budget and threw a dart at the calendar - May 25th was to be our shoot date.

Location was key to executing our ambitious creative and in early March our location scout commenced. Knowing that we wanted to shoot in South Seattle's Georgetown or South Park neighborhoods we began searching for a location we could fully own and control. A lot of time on google maps and driving the streets gave us a few ideas. Budget restrictions and safety being the most paramount required us to be nimble and open minded to our options and approach. But never compromising our idea - the entire video would be ONE SHOT.

Friends and colleagues from the local dance, music and art community committed with focus and fervor. Hypatia Skye, Cheryl's daughter, was cast as our Hero - a mini Allison Burke, her slimy ride or die.

The ideal location eluded us until a late night google maps search turned up a large parking lot. After several director, band, camera, tech and blocking scouts we secured the perfect location in Georgetown. The weather forecast looked promising until the night before the shoot. Rain. All afternoon. Fuck. It was a holiday weekend and with the majority of cast and crew donating their time and some of the gear donated, we had to go for it.

We pushed our call time, eating into rehearsal (We had not run through a full rehearsal with all of the talent and movement). We arrived to set in the pouring rain. Ahhh shooting exteriors in Seattle anytime of year is challenging. We were not going to give up.

The crew setup in the rain for a few hours. A kind security guard, fully supporting our vision, opened up the doors and welcomed our cast into shelter at Georgetown Community College. It was a sign, things were looking up.

Then it was time. Cheryl and No Baby gave a pep talk to the cast and crew. It was still raining but we needed to rehearse. With adrenaline and instinct we headed to set and began rehearsal. It was a beautiful mess. We made 1000’s of adjustments. Time, speed, distance, camera and blocking tweaked over and over again. It was still raining.

We took a break and went to our shelter to dry off. More pep talks, more adjustments. Magic hour was approaching.

We walked out to set in the soft rain. At least it wasn't cold and windy we told ourselves. With fierce commitment we began rolling. The rain was slowing. Things were starting to come together. Then suddenly the skies parted. With smiles beaming bright as the sun, encouraging us, we made more adjustments and kept rolling.

And then we got it. We all felt it and screamed with joy. We assembled to watch this last take together, take 13, and knew we had it. Just in time. We were tired and our light was dissipating. We were euphoric.

I could have shot this for days, so many different ways. But we were steadfast in executing our original vision - create a music video full of dynamic movement in one shot, one take.

I love making music videos, there are no rules. Working alongside artists and musicians to create visual storytelling combines my love for music and film. Creative freedom enables pushing boundaries and taking chances.

The support of the local creative community was critical to our success. Collaborating with No Baby a dream. Forever grateful to Ruby, Allison & Joe for their support and belief in me and the project. 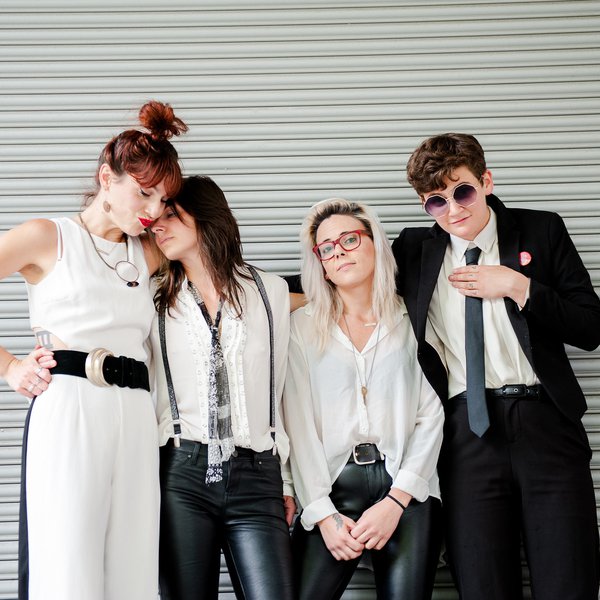 KEXP talks to Seattle band Thunderpussy as they await a ruling from the Supreme Court on whether or not they can trademark their band name. 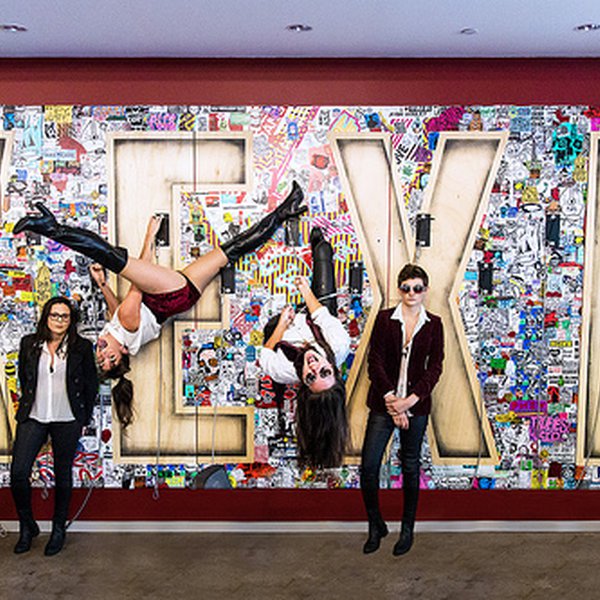 Without even an album under their earth-shaking name, Thunderpussy shred like no other outfit... and outfits they have aplenty. The Seattle four-piece bring their theatrical, sex-fueled, high-octane, bluesy rock show to the KEXP studio for an extended session, complete with "pussyfooting" dancers...