“Peace Through Understanding” was the theme for the 1964 New York World’s Fair. A thoughtful idea that now feels laughable in 2019, when it’s becoming more and more difficult to possibly understand the racism and xenophobia running rampant in our divided country and “peace” feels very removed from a world where there’s a new mass shooting every week.

While 50 million people visited that World’s Fair during its two six-month seasons, the fair was considered somewhat of a failure. They expected 70 million to attend and at an admission price of $2 (about $15.95 in 2018) for adults and $1 (about $7.78 in 2017), they didn’t make enough capital to justify the immense amount of money poured into building and running the fair. Now, remnants of the fair such as the Unisphere and the New York State Pavilion, which houses the formerly breathtaking Tent of Tomorrow, sit in ruins. A desolate reminder of the optimism of the past and the cruel realities of the present.

A similar dissonance can be felt in Seattle dreamwave quartet Medejin’s new single. Titled “World’s Fair,” the song barrels in with a bright and sunny, almost surfy, disposition but a dark cloud looms and slowly envelopes the song by the end. Like their ethereal forebears Cocteau Twins and PJ Harvey, Medejin may not be capable of making a truly “happy” song and I’m quite okay with that.

Rebecca Gutterman's twinkling guitars are trying their hardest to hold onto the light but the cascading fuzz of melancholy seeps in through Jenn Taranto’s heavenly vocals, which croon seemingly abstract lyrics towards someone or something long lost. “Are you the hummingbird that flew around my head?” she asks. “Cuz I'm suffering with where to find you in the dark.” This is what Taranto had to say about the song:

"We were deep into finishing working on this dark, noisy song we played out a couple of times and were planning to release as our next single. But I started to mess around with a simple Major 7th chord structure because I really wanted to write something that was more up and light. We've been moving towards a more collaborative writing process so I showed Rebecca, Ramsey, and Matthew what I had and they were feeling it and came up with their parts super quickly. When we debuted it at Conor Byrne, it was clear by the audience response that this was what we should put out first.

I still wasn't totally decided where I wanted to go lyrically and was kind of frustrated with that. As cliche as it sounds, I started to spend more time outside, in nature and the things I was lucky to see gave me more clarity around who and what the song was about."

My curiosity over who and what the song is about is growing with every listen. Based on the lyrics, it seems like perhaps it’s about someone who once visited the ‘64 World’s Fair and has been regaling stories of it ever since. Perhaps a parent? Aunt? Teacher? The cover art shows a very young Taranto on a pony next to a woman that could be any of these things. 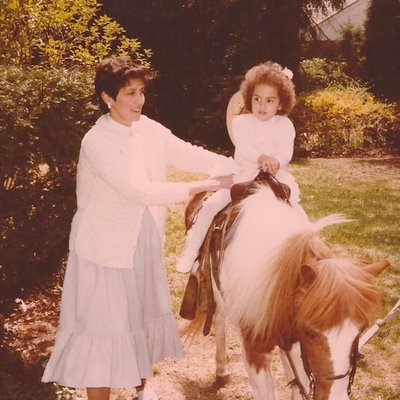 Or, maybe, it’s not a person but a concept or credence that Taranto is mourning. One that was possible in 1964, when it seemed not only logical but probable that peace could and would be achieved through understanding. On a Quora posting board, when someone asked the question “Why does the World’s Fair no longer exist?,” a commenter (and Mensa member?!) who had visited the 1964 World’s Fair as a child commented this:

“Everything was so shiny and new. The future was going to be just like the Jetsons...On the rides the children sang about how It's a Small World After All. We knew in our hearts that, while the world may have had problems then, by now we would all be living in peace and harmony. No one, especially children, would be hungry or not have a safe place to live or be forcibly separated from their parents. There would be no more war. Parents wouldn't have to worry that, when their children grew up, they would have to go to a foreign land to die. Maybe the reason we don't have World's Fairs anymore is because it would be impossible to go to one without crying.”

My curiosity became too much to handle, so I decided to go straight to the source about what inspired the song. Turns out, my former hypothesis was correct.

“It's about my mom who passed away last Nov.,” explained Taranto. “And wanting to know if it's her I'm seeing in the beautiful things around me that are showing themselves and the feeling of wanting to see her so badly in something else if that's all I have now. If these are the ways I get to sense her, it's still not enough.”

Well...that’s beautiful. Perhaps the bitterness of our current political landscape has seeped a bit too far into my soul. So quick I was to assume it was about the sinister state of our society! Maybe peace is achieved by turning off the news.

Medejin will perform at the Olympic Sculpture Park for the Seattle Art Museum summer series on Thursday, August 15 with Tres Leches. They're also opening for Versus Thursday, August 29 at Hotel Albatross and playing Greenwood Music Crawl on Sunday, September 1 and Look Up Fest at the Substation on Saturday, September 7. Below, watch Medejin's KEXP in-studio performance from last year. 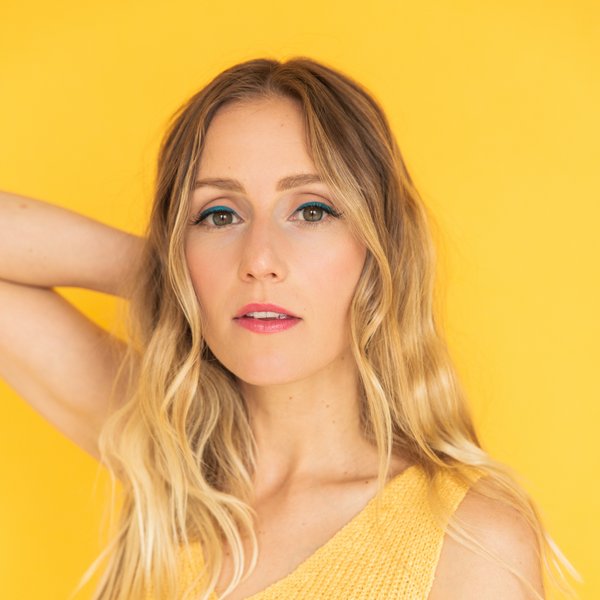 New album Swansea will be out October 11th. 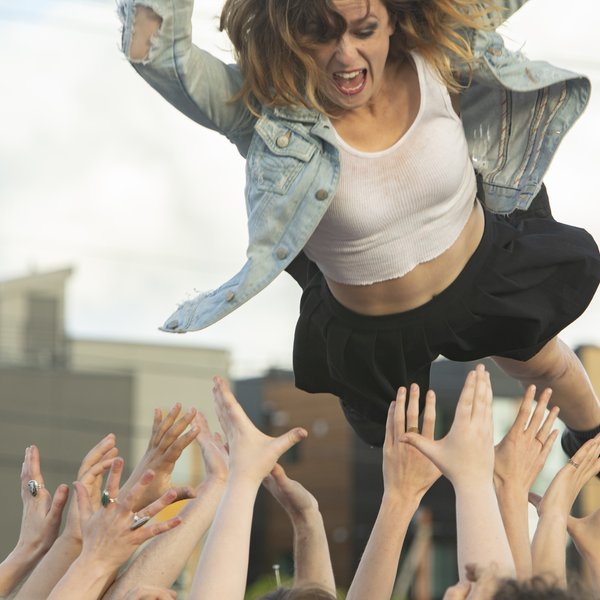 The Seattle trio and director Cheryl Ediss offer a few words on the Georgetown parking lot party that is their brand new video. 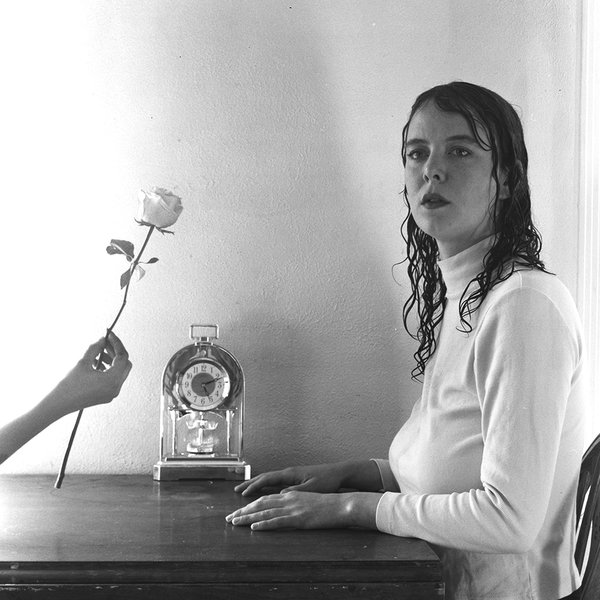 Singer Olivia Rose Huebner stops by KEXP to talk about their new album, 'While My Father Sleeps,' out August 23rd via Park The Van Records.