Sunn O))) on Life Metal, Scott Walker, and the Importance of Patience 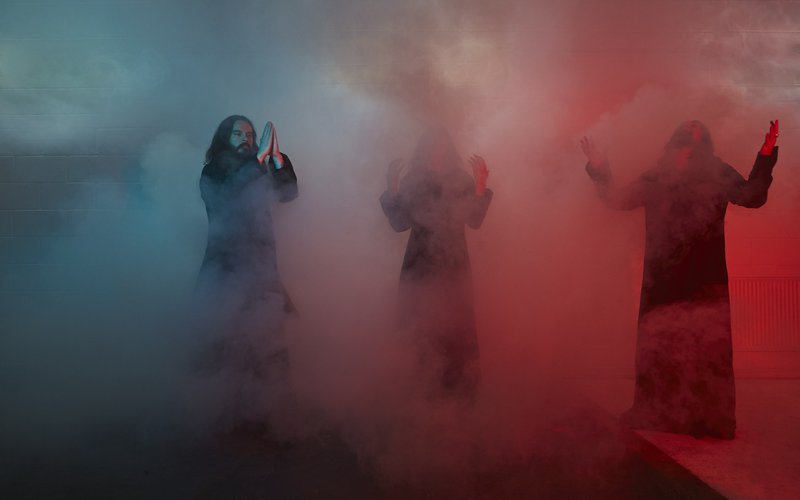 It would be tough to find two more prolific contributors to underground music than Greg Anderson and Stephen O’Malley of Sunn O))). For over twenty years — along with longtime Moog player T.O.S — the pair has created some of the most challenging long-form compositions in the history of recorded media. That’s not hyperbole. Albums like Monoliths & Dimensions (Southern Lord, 2009) and Kannon (Southern Lord, 2015) are regarded as crucial pieces of experimental music, praised by mainstream and niche press alike.

Speaking from his home in Los Angeles, Anderson says of the new album, “It’s about celebrating life. In tone, color, and concept, a lot of the Sunn O))) catalog has focused on darkness. Life Metal is about exposing or revealing some light or different colors in what we do — being alive and surviving, not only as individuals but as a band.”

Both Anderson and O’Malley grew up in Seattle and carry the Pacific Northwest’s legacy of riffs and volume (established by the Melvins, a key early influence) into their work. Surrounded by amplifier stacks, sporting trademark monastic robes, onstage the bearded duo resembles medieval twins.

Despite their surface similarities, the Sunn O))) masterminds are a study in contrasts. Anderson, the gregarious label head of metal stronghold Southern Lord, also plays guitar in doom-blues act Goatsnake. O’Malley, reserved and careful with his words, calls Paris home. He’s an acclaimed visual artist, keeping busy with an array of projects. From black metal sleeve art to commissioned work for the Norwegian Museum of Contemporary Art, O'Malley's output is distinguished and varied.

From a stop on tour in Buenos Aires, Argentina, O’Malley reflects on his two main mediums of expression. “It’s all connected as far as creativity goes. There’s a huge amount of visual material in sound and my creative history has always involved the framing of the music.”

There’s a huge amount of visual material in sound and my creative history has always involved the framing of the music.

As with much provocative art, the frame is essential to understanding Sunn O))). With its waves of fuzz and unhurried melodic movement, the music of Sunn O))) skirts the line between improvisation and composition, inviting questions about the songwriting process. O’Malley is forthcoming. “Seeds are presented,” he explains, “which we grow and develop. Improvisation is a big part, but it’s not the core. We’re always working from strongly identified starting points. It’s all about the ideas.”

There is no shortage of ideas in Life Metal’s four lengthy tracks. The opening ode to Odin’s steed, “Between Sleipnir's Breaths,” features vocals by Hildur Guðnadóttir, who also contributes electric cello and haldorophone, elsewhere. “Troubled Air,” with pipe organ arrangement by composer Anthony Pateras, presents Sunn O))) in its most refined form. From Samantha Keely Smith’s expressionistic cover art down to an evocative title like “Novae,” each individual choice feels essential to the whole. Metal as high art. 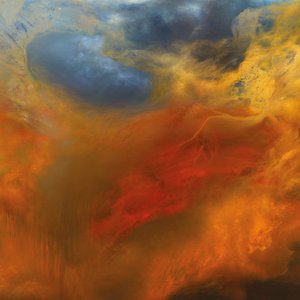 Collaboration is a constant in the Sunn O))) universe. Considering the band's fluency with the esoteric, it's no surprise avant-garde godfather Scott Walker contacted the band to contribute its signature wall of sound to what would become his final release, 2014’s Soused (4AD).

Working with Walker yielded more than that acclaimed record, however. The experience was a creative rejuvenation for the band. “It still seems like a dream to me in some ways," Anderson says of their sessions with the reclusive icon. "He was a very special person. Scott set us up for what would become Life Metal, in terms of inspiration and momentum. The fact that the guy was in his ‘70s making a record with these hessians half his age is incredible. ”

Reflecting on the significance of contributing to Soused, Anderson adds, “To be part of his last statement is a huge honor for us. That’s something that lives with us now, and we’re working to create more music with.”

Walker’s passing came as a surprise to O’Malley. “I was lucky to have a great dialogue with that man in the last few years,” he says. “I wasn't aware he was sick until the very last minute. Part of his charisma is that no one knows what’s going on. It was the case with this as well.”

As for their own legacy, could Sunn O))) be the portal into uncompromising art that the Melvins were for them? The significance of that notion is not lost on O’Malley. “It’s incredible to consider that because the Melvins were so important to me and Greg,” he says. “Doing press for Life Metal, I’ve met young people doing radio shows in their mid-20s and they’re telling me they heard Monoliths & Dimensions when they were 14.”

Still, O’Malley insists it’s not a crusade. “It’s not like we’re evangelists or anything like that. We’re just stubborn guys trying to fulfill our creative vision, satisfy ourselves, and have a good time.”

We’re just stubborn guys trying to fulfill our creative vision, satisfy ourselves, and have a good time.

Time zones away, Anderson concurs. “I’m always somewhat surprised when people are into Sunn O))), because the music is unorthodox and challenging. We’re experimenting with sound and with tone. This kind of music requires a lot of patience, and that’s becoming less of a quality people have, especially these days.”

The band is on a roll right now. The Albini sessions generated a surplus of sounds, some of which will appear under the name Pyroclasts. In quintessential Sunn O))) fashion, the muse appeared spontaneously. “We were starting and ending the day with a practice of getting into a 12 to 14-minute drone improvisation in a certain key or mode,” explains O’Malley. “Steve started recording us and by the end, we had several really interesting ones.” Now awaiting release, the Pyroclasts material is even making it into Sunn O)))’s concerts. “We’ve been performing that material as an encore on the Life Metal tour. It’s the perfect platform to invite people up to play.”

Like its two visionaries, Sunn O))) continues to evolve and seems poised to extend its current fertile creative phase. “I really feel like we created this flowing river of sound and art,” concludes Anderson. “I don’t feel any reason or desire on my part to put a dam in the middle of that river.”

I really feel like we created this flowing river of sound and art... I don’t feel any reason or desire on my part to put a dam in the middle of that river. Ari Rosenschein is the author of Coasting, out now via Pen Name Publishing. He is also a member of the bands The Royal Oui and STAHV, and is a former KEXP employee.