Descending the Mezzanine: DJ Riz on the 21st Anniversary of the Landmark Massive Attack Album 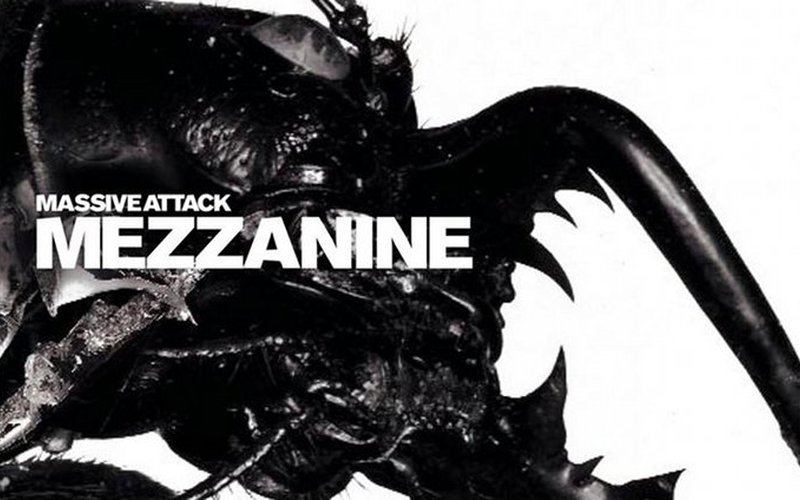 With Rewind, KEXP digs out beloved albums, giving them another look on the anniversary of its release. Massive Attack released their third LP Mezzanine on April 20, 1998, and are celebrating its anniversary this year with a super-deluxe reissue and a worldwide tour that the press release promises will be "a totally new audio / visual production” with “custom audio reconstructed from the original samples and influences.” (Note: the original spring tour dates have been rescheduled to the fall; no Seattle dates on the schedule at this time.) As Mezzanine celebrates its 21st anniversary this Saturday, we asked DJ Riz to share his thoughts on this now-classic release:

from wikipedia
a ‘ mezzanine is, strictly speaking, an intermediate floor in a building which is partly open to the double-height ceilinged floor below, or which does not extend over the whole floorspace of the building.’
less strictly speaking it’s the floor above a floor,  overlooking the floor below but not giving a clue to the floor above, if there is indeed a floor above. even less strictly speaking, it’s the name of massive attack’s third complete release. in architectural parlance it exists as a kind of balcony overlooking their seminal first two releases, 1991’s blue lines and 1994’s protection and a harbinger of 2003’s 100th window and 2010’s hegioland.  in the twenty-one years following its 2018 release, it arguably remains their most revisited release, spawning not just two rereleases, a remastered box set, a twentieth anniversary release, countless remixes, dubs, and even remixes of it’s remixes. its success shows no sign of slowing down, even as the group only intermittently tours —  the leg of their 13 date north american tour has been canceled ‘ due to illness ‘, their live dates still sell out well in advance.

... it’s a separate level recording, between floors, a reminder of what came below and a sight of what might lie unseen above.

differing from its predecessors, it’s a highly cinematic moody work, often described as dark even paranoid. if i had come to expect that the group would continue the blueprint of their first two records, lush tunes, and arrangements, featured guest vocalists with a danceable chill aesthetic, i was surprised to hear something both cerebral and inward looking. it verges on the meditative. not entirely ambient, its textures and dubs were surprising even in light of their track record of work with the almighty mad professors dubs and complete release of protection in 1995 entirely in dub. the track ‘ angel ‘ rumbles with  a ‘  the louder the better ‘ bass also surfacing on the track ‘ teardrop’. given his presence on protection ( ‘ spying glass’ and the live version of ‘light my fire’ )  i was prepared for the vocals of horace andy on the track ‘ the man next door ‘, but totally surprised by their reprise/  extension of isaac hayes spic ‘ our day will come ‘ that makes up the entirety of ‘ exchange ‘.  i was hoping for more of ‘ everything but the girl’s ‘ tracey thorn but surprised and delighted by the inclusion of ‘ liz fraser ‘  who provides an almost airy antithesis on ‘teardrop’. i expected more with tricky, who had a prominent presence on blue lines and protection  but he moved on, revisiting  the group on 2016’s ritual spirit  . instead the turkish inspired ‘  inertia creeps ‘ proved that the group would never settle for the easy satisfaction of an expected sound.
mezzanine has the all the markings of a classic release, revealing of missed sounds within its initial intricacies, rewarding in its various permutation and dubs, and as good twenty years as the first hearing. it’s a separate level recording, between floors,  a reminder of what came below and a sight of  what might lie unseen above. as for its darkness and paranoia, its prescience still surprises. as i once heard the hippies say, ‘ just because you’re paranoid, doesn’t mean they ain’t after you ‘