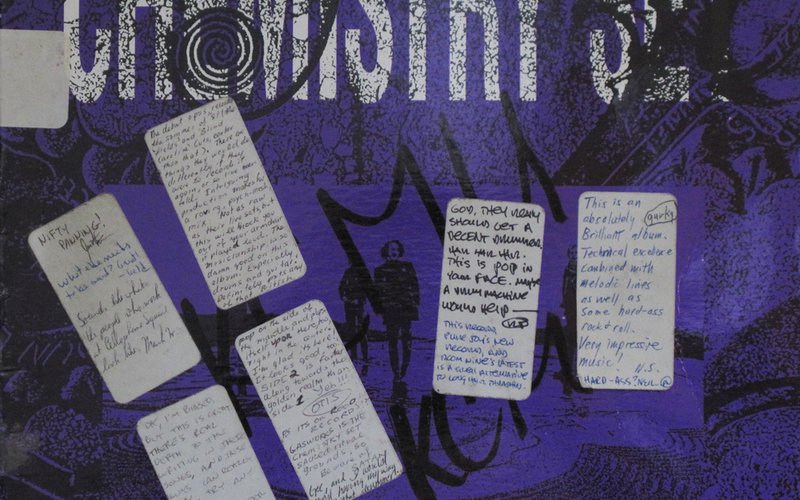 This week we have one of those situations where the hand-written DJ comments on this album cover will become perhaps a significant portion of — if not the only — primary source on the internet about a given band or release — and I'm feeling the weight of that responsibility, so I don't want to mess anything up. Chemistry Set was a band in Seattle. They appeared on the much-celebrated Sub Pop 200, released an EP and a single, and then went their separate ways. The personnel on this EP — at least according to Discogs — were Scott Sutherland, Scott Vanderpool, Brian Learned, and Tom Ewers (some of whom went on to such bands as the Green Pajamas, Llama, Whitey, and more). Based on the two songs I was able to find on Youtube — and the voluminous comments you're about to read — they made really cool and interesting music. And that's about all I feel qualified to say, so let's let the people who were there do the rest of the talking:

"What else needs to be said? Great!"

"The debut opus, recorded the summer of '87 ('The Fields' and 'Blind Caroline' cuts, earlier than that). There are things they would do differently if they were to record it again, or so I've been told. Intriguing production makes for a roving, psych-mesh, mix. Not as raw as their live sets, but this will knock you out of your armchair if played loud. The musicianship is so damn good on this album! Especially drums and guitar! Definitely puts any of that British pop on the side of the mantle, and places itself upon there, too, right in the center. I'm glad it's here! It looks good, too! Side 2 is farther along towards the golden realm than Side 1. Yeh!!! PS it's on Rood Records!? -Otis"

"Gasworks is the Chemistry Set sacred ritual grounds. So beware of SATAN."

"Gee, and I would [sic] mind having my way with that drummer."

"OK, I'm biased, but this is great. There's real depth to the writing in these songs, and these guys can really play. Try any song."

"God, they really should get a decent drummer. Har har har. This is pop in your FACE. Maybe a drum machine would help."

"This is an absolutely brilliant album. Technical excellence combined with melodic lines as well as some hard-ass rock + roll. Very impressive music!" 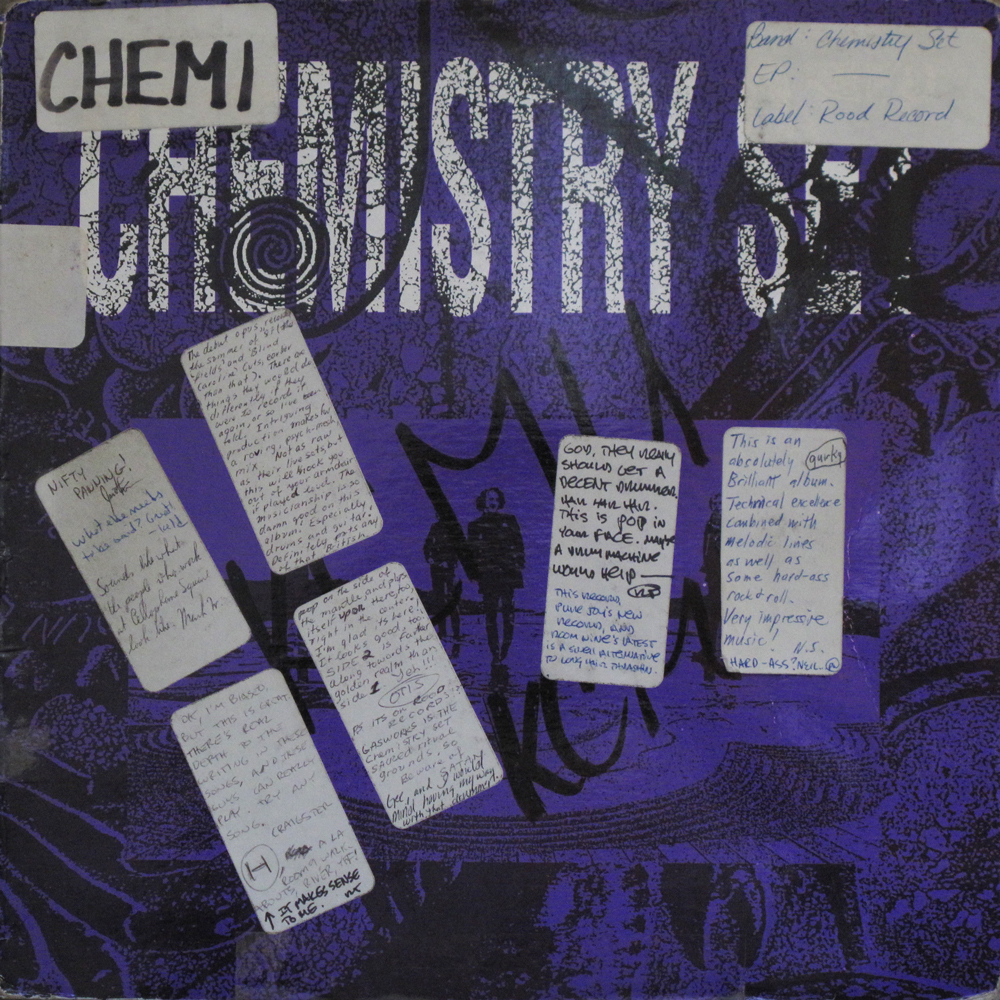