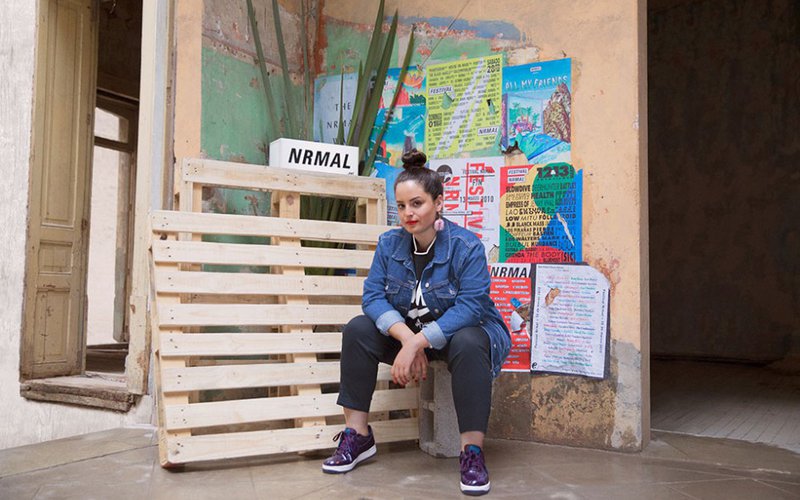 To celebrate International Women's Day, KEXP is highlighting the contributions of women, women-identifying, and non-binary folx across the music industry! Moni Saldaña is the director of NRMAL music festival in Mexico City, who KEXP had the pleasure of partnering with on a recent remote broadcast from Panoram Studios, leading up to the festival. As the director of NRMAL, Moni has dedicated herself to supporting women across the industry, and under her guidance, the festival boasted a lineup that featured 70% women-identifying artists in 2019. As a way of celebrating women around the world, KEXP asked Moni to curate a Women’s Day playlist of artists and songs that have inspired her.

I feel lucky to be a woman. I guess it's the first power "choice" I made when I was born.

I grew up in Monterrey, Mexico in a very macho society having certain feelings, thoughts and values imprinted in me without questioning them. I'm lucky because I got an education, I was surrounded by determined women in my family, I chose what I wanted to do with my life and that gave me a wider perspective on what being a women's really like and why it shouldn't be like that. Writing this from a point of privilege — I'm the director of NRMAL music festival in Mexico City in an industry that's mostly led by man — every day I'm more certain of what my role is within the music business and the impact we can make through culture, to contribute to a better present and future for women in my country. I've been looked down, I've sat in rooms where I'm the only woman there having to listen to excuses like "there are no good women in music." I've been told I talk about this issue too much... too much?! I'm not going to shut up while I have a platform to speak from, and especially I'm not going to stop leading with action. This year's NRMAL lineup had 70% acts led by women or integrated into gender-diverse projects because it is possible and it does impact the way we live our daily lives. It's just to easy not to do something about it. And unfortunately, in a country like mine and many more, it's just too important to act on this as literally, our survival depends on it.

So yes, I'm lucky to be a woman, every single day.

Here's a diverse list of the many amazing women that have played NRMAL, that inspire me every day through their art and empowerment.

Let's praise them, let's enjoy their music, but let's really support them. Hope you enjoy!