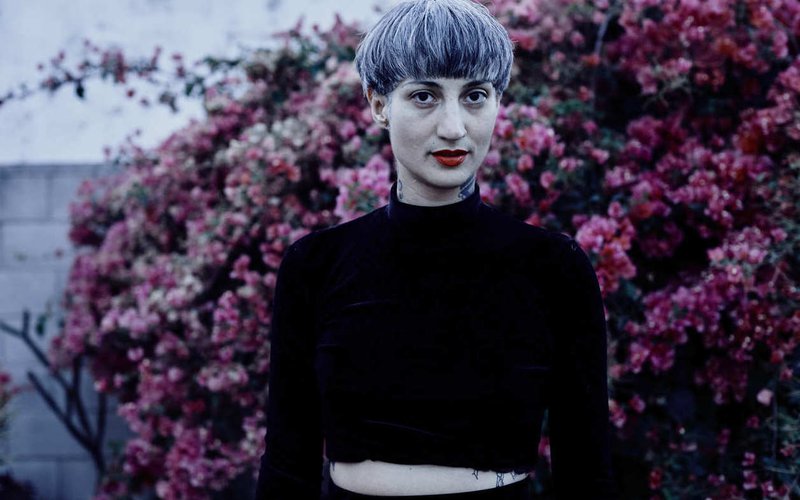 Latin music flows through the latest album by the Portland-based band Y La Bamba. Their latest album, 'Mujeres' – which means "woman" – is also a bilingual album where English songs also make up about half of the track listing. The band's frontwoman and singer-songwriter Luz Elena Mendoza was born on the west coast but her Mexican parents raised her speaking Spanish.

Mendoza says this album is dedicated to her mother, someone she says is a powerful woman without really knowing it and adds.

“I grew up with a very beautiful, loving and innocent mom that was robbed from choice, from also a culture of misogyny,” Mendoza tells KEXP’s Emily Fox. The title track of this album was inspired by a moment Mendoza experienced that she says represents machismo culture and toxic masculinity. Listen to KEXP’s conversation with Mendoza before a performance last week at Seattle's Tractor Tavern and read a transcription below.

Luz Elena Mendoza: I just now have been feeling more empowered and [have] been allowing myself to celebrate the clearness of my voice instead of feeling shame and scared and still just like, "Oh my god am I saying the right thing?" or "I can't see that. I don't know." Because I'm so used to being gaslighted as a woman. And as a woman of color. And that's so loaded. That would take like days and days and days and many interviews to try to dismantle, but that's just the way it is and I'm not the only one with that story.

Are you comfortable talking about the specific instance that inspired this song ["Mujeres]?

That's something that you felt maybe belittled because you're a woman.

Yeah totally. It's like one that clumps into many that mirror the same. It was just one– this experience that I had with this person that did not understand how much space this person was taking and I let them know and they were very apologetic and they're like, "Oh, oh okay, I'm sorry."

It was like it was one of those micro-aggressive, you know... But it can go from micro to horrible. It's all horrible, you know, and I had to educate that person and it was a first time [for] me initiating. One of the first few times that I was like... The conviction was so deep within me. And I'm a generous person with that sort of... like, let me hold you accountable. Because why? Because I'm not used to feeling like I deserve that empowerment to saying anything

So I was like, "Hey, next time, that didn't look good. You probably shouldn't do that again. I'm trying to protect myself and tell you and help you." It was that incident, I'm just gonna say that, that night after this thing and I really was thinking. I was thinking about my mom. Just like, "Ugh. Why?!" What is it that I can say to kind of slap these faces around and be like, "Come on, wake up! Wake up, wake up, wake up!" We're still here with you, but we won't be here for that long if you're just going to have your toxic masculine fragility all up in our space. Remember that we've been there caring for you for so long. These boundaries are real and they're straight and they're here to make a change and a difference.

So can you translate some of those lyrics that really stand out in your mind, that really showcase what the song is about lyrically?

Well, there's a couple of things that I talk about on the song because I'm also talking about the rich being hungry and the poor being rich just by having exactly what they... They know what they have. And talking about privilege in that song. It's like, "Los pobres, los ricos, los ricos llevan mucha hambre/Este división se siente, viene de coraje/Palabras que vienen de otro, otro golpe a naide/Separándonos de todo, todos son culpables.".

That line is just saying, hey, we all have our responsibilities, we all have our accountabilities. If we're going to be empowered and push this revolution and evolve – it was a song for me, healing myself. Saying those affirmations. We look at these links online, these things like, "10 Steps of You Just Talking to Yourself Before You Wake Up in the Morning" and "do this for 30 days and you'll be a changed person!" Well, this is my version of me just like, OK, "Déjame, deéjame, neceisto pasar/Este es mi camino/Mi vida, mi espíritu, mi alma..." I'm talking about like, let me pass. This is my body, this is my spirit, this is my life. I am my mom. I am all women. I represent all. Let me pass. And with the tone of like "come on now," it's not healthy. Let me pass.

Toxic masculinity, let me give you an example. On this last tour we were on, there was this sound guy that... we're all chill or whatever in San Francisco and someone looks at Grace, the bass player, that the sound guy calls her "Little Miss Bass Player." I have to be... And I'm, again, generous and I'm learning. I've been learning the last two years to take initiative and to speak up and say things because I feel just because I'm like an artist and I'm like a tall woman or whatever, I look aggressive, I think. So I made myself so small for so long. But the last couple of years I've been taking the initiative and calling that out. And I was like, "Hey dude, she has a name." And he's like, this is toxic masculinity, "Well I didn't know her name." And I'm like "You ask for her name!".

Toxic masculinity is when, for me, when space is not being created for a woman to speak and to say, "Hey, this is clear. I saw this. You did wrong. I'm pointing it out. We're still cool. Can you fix it?" In the context of the music industry, if you don't like your job, don't come to it. Don't give me your toxic masculinity. If venues don't know how to hire people that like their jobs, they need to start hiring people that like their jobs and start hiring people to deal with these issues because that's going to happen all the time. This is another conversation, but venues really need to train their staff and be like, "Hey, we're all here. Make sure that we take care of our women and make sure we take care of people of color. OK, you got that? You don't know? You want to learn? You don't know? Get out of here. You have more work to do."

That is responsibility or else people are being irresponsible. And toxic masculinity really has taken a role in those responsibilities.

When talking about safe spaces a lot on this show and we're going to continue to talk about that. KEXP is going to have a panel discussion on this later this month about "What is safe space? What does that look like? How do you make space for other people?" So that's something that we're definitely talking about. So going back to this album, is there another song on this album that you feel like is really telling a story that you want people to know about?

[On] "Boca Llena" I just like really kind of talk about... It's just a collage of all these feelings that I have... where I'm like, oh, I'm alone, I'm used to being alone, I'm gonna say goodbye and no one's going to realize that I'm gone. And that is just like a feeling that I have felt as a woman. Like, if I say something, if I don't say something, whatever. And then the next verses... I'm talking to my dad. So it's the same thing. I'm like, why is it that  thing – objectively speaking because this is how I've worked through my pain through art – why is it that there's such this barrier between us? If only!

But I've learned to be strong because there hasn't been a privilege resolveness to it. There isn't. The resolution, it looks different with me. I have to create a resolution in a different way. Get creative with how I'm going to resolve this issue of the indifference that I have between me and men. Me and my father. And the love that I have for my parents that is something that I only as of yet that I've related with people of color and Latinx people... It's different the way we nurture our family is different. I'm not here to say it's better or worse, but I know it's different. 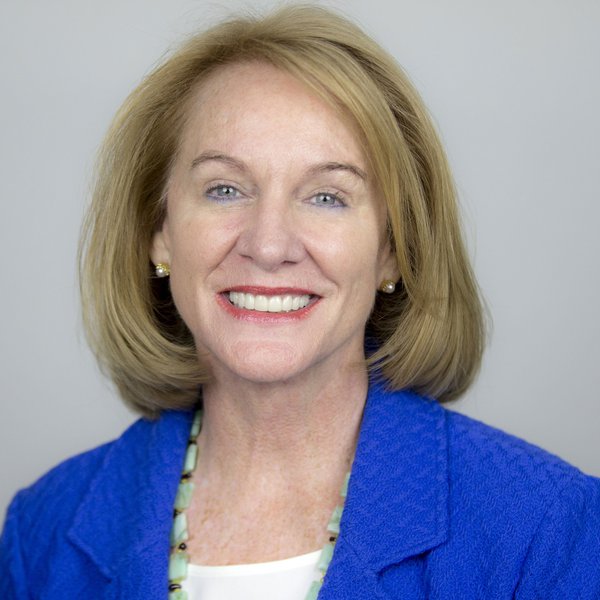 From Iron Butterfly and Pink Floyd to Brandi Carlile and Pearl Jam, the Seattle mayor discusses her favorite songs. 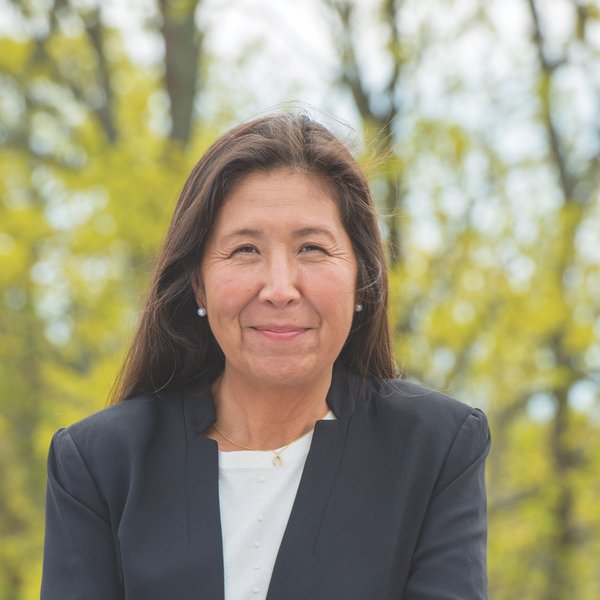 Sound & Vision: Debra Lekanoff on Her Journey to the Washington State House of Representatives and the Music That Inspires Her

This Friday marks International Women's Day and all month on Sound & Vision we're going to get to know all six of the women of color that are new this year to Washington state's House of Representatives and Senate. 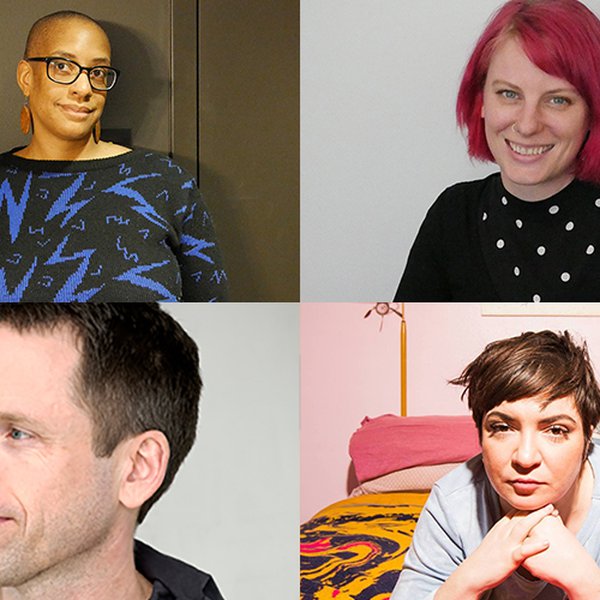 Sound & Vision: When Do We Stop Playing Artists Accused of Abuse and How Do We Respond as a Music Community?