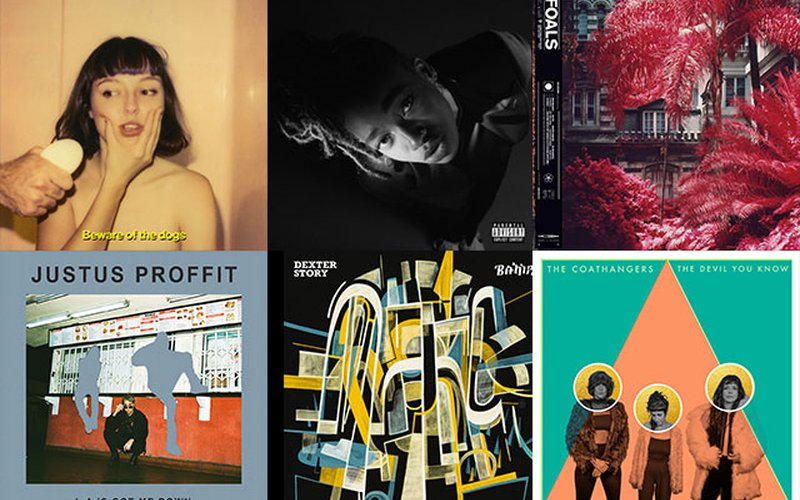 Little Simz – GREY Area (Age 101/AWAL)
The third album from this London-based rapper (aka Simbi Ajikawo) is an excellent set of expansive hip hop with a bolder, more immediate sound Inflected at times with R&B, jazz, reggae and other styles, combining a fair amount of live instrumentation and a variety of banging beats with her nimble flow and frank, sharply crafted rhymes veering between bravado and vulnerability while tackling everything from sexism, racism and gun violence to troubled relationships, death and loss.

Foals – Everything Not Saved Will Be Lost: Part 1 (Warner Bros.)
This British band’s fifth album is a potent set of expansive post-punk with an intricate, rhythm-heavy sound combining angular guitars, bright keyboards and a variety of percussion with dystopian lyrics of a world falling apart.

Justus Proffit – L.A.’s Got Me Down (Bar/None)
This LA artist’s solo debut full-length is a promising set of folk-tinged indie-rock with some ‘90s Northwest echoes at times of Elliott Smith and Nirvana, combining fuzzy guitars and buoyant melodies with often-dark lyrics of loss and regret.

The Coathangers – The Devil You Know (Suicide Squeeze)
This Atlanta trio’s sixth album recasts their scrappy garage-punk via a more layered and sophisticated sound while taking on gun violence, sexism, addiction, the ills of social media and other weighty topics.

Meat Puppets – Dusty Notes (Megaforce)
This veteran Phoenix-bred band’s latest album is the first made with the original trio since 1995, and while it might not rival their very best albums, it’s still a well-crafted blend of trippy psych-pop and rootsy country-rock along with a bit of crunchy hard rock.

Sol – Soon Enough (self-released)
The fourth album from this Seattle rapper is a well-crafted, pop-friendly blend of hip hop and R&B, combining a warm, hook-filled sound with rhymes revolving around love, relationships, and resilience.