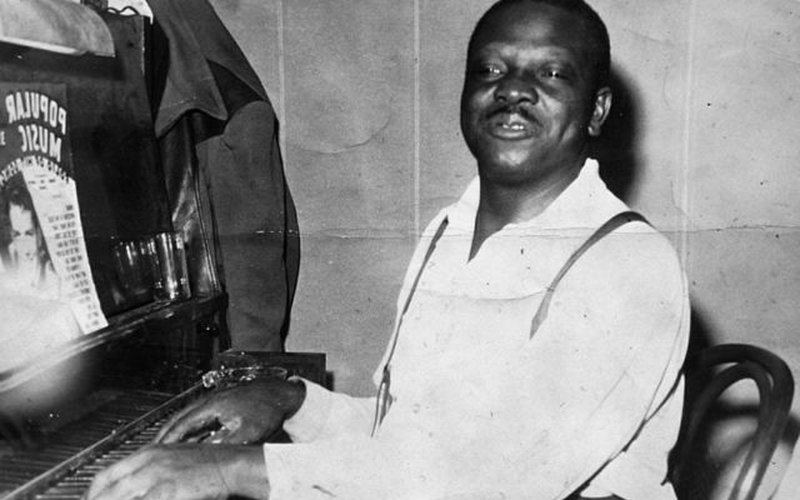 Before grunge put Seattle on the musical map, there was jazz.

“I think the thing that’s really unique about Seattle jazz is that lack of boundaries about what’s black and what’s white,” says Paul de Barros, former pop music editor at the Seattle Times. And he wrote a book about the history of jazz in Seattle. It’s called Jackson Street After Hours. Paul de Barros says Seattle’s approach to jazz was different than the rest of the country about a hundred years ago and that helped bring rise to musicians such as Quincy Jones and Ray Charles.

For the inaugural episode of Sound & Vision, de Barros chatted with host Emily Fox about Seattle's rich jazz history and how it really started to become a "scene." Listen to the segment and read some highlights from their discussion below.

On When Seattle's Jazz Scene Really Started to Take Shape

"I'd say in the teens. I keep pushing back the date when I think things really started to heat up. The very first documented performance that you could really call something close to jazz actually happened in 1912 when a society of African-Americans formed at a small place called the Dumas Club down in the International District. But the speakeasy scene didn't really start heating up till after 1916 when alcohol was prohibited in the state of Washington. Later in 1919 in the whole country. And by the 20s, we really had... I don't want to exaggerated to make it sound like it was Kansas City or New York or New Orleans or Chicago. It was a very small scene, but it was an authentic hot jazz scene and we had real players around here."

"Seattle was really a corrupt city from the time of the Gold Rush, the Yukon Gold Rush, all the way up until the late 60s. And what I mean by corrupt is that if you wanted to do something illegal – sell alcohol when it was illegal, sell drugs, sell women or have a gambling game in your club – you paid off the police. And at various times in this history of the city, there was corruption all the way up to the top that went through the patrolman on the beat up to the captain and the police department, up to the city council and the mayor. Sometimes the mayor was fighting against it and the police department remained corrupt. That really fueled, as it did in Kansas City and Chicago, a scene where people went out to have fun and a lot of fun was illegal. It was illegal to gamble, it was illegal to drink. And jazz just rose in that environment originally as we know from New Orleans and Chicago and California, that's where jazz thrived."

"I think the most significant difference is that this was the frontier. This was so isolated. People had no idea even where it was. Most people in the United States... if you asked somebody in Ohio in 1919, "Where's Seattle?, they'd say, "I don't know, somewhere near Canada? Or is it in Canada?" [laughs] When they did the World's Fair here in 1962, as you may know, the ad campaign focused on explaining to the public of the United States where Seattle is. That was in 62.

"Things have changed in 50 years, but I think that was significant. The other thing that was significant apart from the isolation was we had a very small black community compared to the cities where the great migration had happened from the south up to Chicago, Detroit, Pittsburgh, New York, Washington D.C. Seattle had maybe six thousand black people until the 1940s. And as I explained in 'Jackson Street,' that meant that even up until the 1940s there weren't enough really good, black jazz guys to form a band like Count Basie Band or something. So we didn't have that. It was a culture of combos, small groups – sometimes even without a bass player or a drummer – playing for a little dancing, playing for cocktails. The audience was mixed.

"There were all different social levels at various places. The Black and Tan was more black than white, but white people felt welcome. A place like The Rocking Chair was a little harder. If I went there as a white person, [makes knocking sound] "Joe sent me." "Which Joe?" I mean, you had to really had to have a card to get in. And some of them actually were membership places because there was a loophole in the liquor laws in Washington which said that if you had a membership club you could serve alcohol, or you could serve setups and people could bring their own bottle of booze. So a lot of places were fake membership clubs, but they were really just speakeasies."

On How Seattle Influenced Quincy Jones

"Well Quincy's family moved here when he was 12. They moved to Bremerton. What brought a lot of African-Americans to the Northwest and to the West in general was the war effort during World War II. So you had 350,000 black people moving west. People don't talk about that as much as the great migration, but that was a significant change in Oakland, in San Diego, in Portland – although less there – and in Seattle. So Quincy's family came out here because his dad got a job in Bremerton. He eventually went to Garfield High School and he really considers himself a Seattleite, even though he spent more time as a kid in Chicago than he did here.

"He always felt that because Seattle was a lot mellower, because there was no gang to join – he says in his own recent film about himself that if he had stayed in Chicago he probably would have died before he was 20 because he was already carrying a gun. He was 11. He was involved in some heavy stuff.

"He came out to Seattle which he characterized as being mellow, as not and being plagued by the kind of divisions between black and white, by the kind of gang activity that he would have experienced in Philadelphia or Chicago or New York. So he did he grew up in a scene where he was friendly with white people as he was with black people. Seattle, it had segregation because of the redlining of the neighborhoods, but the schools weren't segregated.

"I mean if you talk to African-Americans who went to Garfield High School or Franklin in those days, they say, "My friends were Filipino, Japanese, Jewish, black, white the whole mix." So the CD was really a diverse melting pot of people who, by all accounts, got along pretty well. So that was I think one real influence on Quincy's music in that he never felt like there was this huge boundary. He worked for a guy named Bumps Blackwell, who was also a very significant figure here. [He] produced Little Richard's first record. Bumps said, "What the hell let's let's make some money playing this music." So he would look like four or five bands around the city and they weren't in dives. He was playing good gigs out in Broadmoor and Quincy talks about how you know, "We had to sing, we had to dance, we had to do shadishes, waltzes, as well as blues and rock and roll and whatever you want to call it." So I think there was much less distinction in Seattle about what kind of music you were permitted or encouraged to play, whether you were black or white. I know that for a fact if you look at other parts of the country that it was much more divided."

On How Ray Charles Ended Up in Seattle

"Ray Charles moved here when he was 16. He was in Tampa, Florida. There's a funny and true story about [how] he and his partner Gossie McKee, who was a guitar player. They were a performing duo. Ray played the piano and Garcia played the guitar and Ray said "I want to get out of here. I want to get out of the South." And Gossie said, 'Where do you want to go?'

"He said, 'Take out a map.' Remember, Ray Charles was blind. He says "Take out a map. Point to the place on the map that's the farthest place we can get from here and still be in the United States." [laughs] And that's why they came to Seattle.

On How Seattle Cultivated Fewer Racial Boundaries in the Music Scene

"I don't think it's a hard and fast thing that you could observe. I think it's more about the psychology of the place. Quincy's psychology and race psychology was 'We can play for white people. We can play white music, we can play black music and white music. What's the difference?' And Ray Charles winds up making a country album which is a huge break. A breakthrough in the same way that later Michael Jackson would be a breakthrough in mixing white and black traditions. It's no coincidence that Michael Jackson was produced by Quincy Jones. And I think Bumps Blackwell, Quincy Jones, and Ray Charles had this psychological sense that, no we're not in a ghetto. We don't have to just play jazz or R&B or blues. We can make music in all genres because in Seattle nobody cared." 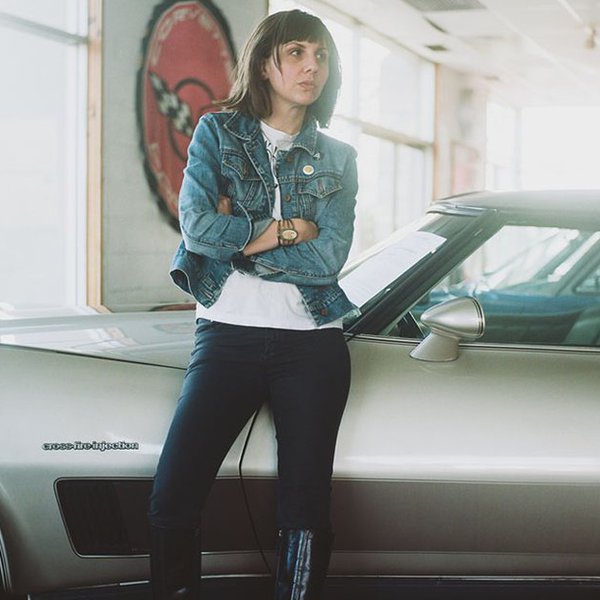 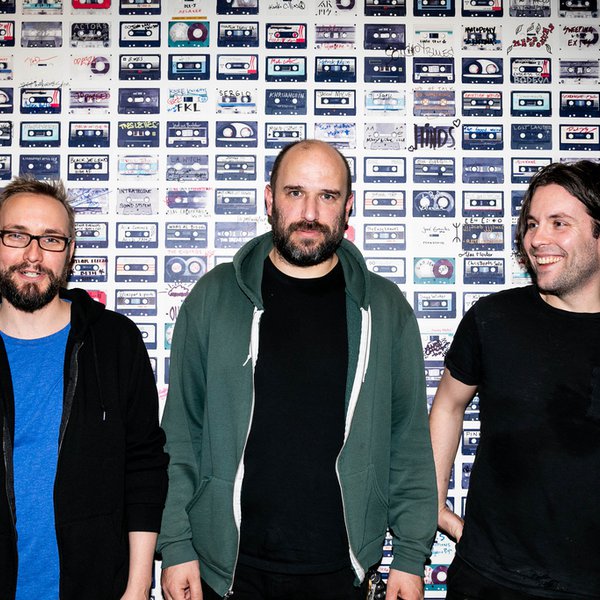