Martin Feveyear on Love, Loss, and Releasing His Own Music

Born in Suffolk, England, but based in Seattle, Washington, producer Martin Feveyear opened Jupiter Studios in 1996, going behind the board for releases from Mark Lanegan, Mudhoney, The Minus 5, Brandi Carlile, Damien Jurado, and that's just to name a few.

After years of helping some of the greatest artists in the Pacific Northwest create some of your favorite music, and after a series of losses of friends and family, this local producer is finally releasing his own music. KEXP’s Owen Murphy spoke with Feveyear from his studio on Vashon Island and here’s his story.

Martin Feveyear: I sent John Richards an email about a song that I just finished, and it was a song that I'd started writing, actually, many years ago to a friend of mine who took his own life and the impact that that had on me at the time was was really, really very strong. It was incredibly brutal, brutal piece of news. And I started writing a song about it and what I found was that I did not have the language to finish it. The emotional complexity of it was just too confusing for me to really finish that song. And then while my mother was passing with cancer in the UK, I had to go over for almost six months. I was in the UK and and I just happened to have a copy of the rough demo on my laptop. I opened the song up and I was able to almost finish it, but I still couldn't quite find the final lines to make it work.

And then in recent months and in the last couple of years, we've lost some very, very amazing artists that I'm really fond of and also many family members and friends, and it came to me that we really don't have the language to figure out how to carry this burden and how to walk through your life with this news that you've been given, all the things that you can't change in your life. We have a lot of control over our lives if things are really terrible. We can do something to either steer the path of that or negate it, to some degree. But when someone tells you that they're not going to be around much longer, or someone that you care about or you love or respect is gone... umm, that's something we don't really know how to handle in this part of the world. We don't grow up handling the loss of other people.

And, you know, recently the last few years, we've lost Mark Hollis, Prince, and David Bowie, and recently Scott Walker, whose voice I just loved. I grew up loving that music. And Shawn Smith, who was a friend of mine, a year older than me, and one day he doesn't wake up. And I felt now it's time for me to make some music of my own so that if something were to happen to me, along with the multitudes of records that I've helped other people with, it would be nice for my family and friends to have something that was my own for them to have. Even if it was kind of idiotic.

KEXP: Why do you put the self-deprecating line on the back-end of that? It's wonderful.

Because, well, you haven't heard the rest of my songs, have you?

What is the name of song?

It's called "A Sound That Breaks the Heart." And it's basically about being told something that changes your life forever. I remember the phone conversation with my mother when she called me up late one night and said, "Hey, you know, they found a lump in my throat and I'm having trouble swallowing." And I knew exactly what that meant. And she said, "Oh, don't worry, it'll be OK." And I remember that coldness floating through my body. I mean, I feel that way right now. Just repeating that line, I knew exactly what it meant, and, you know, it's just, no insult on anybody else but I do not have religious or spiritual beliefs to fall back on to help me make a soft landing when those things come into my life. I just deal with them for what they are. They're very hard to carry and I think that's all you do when you lose someone is, over time, you learn how to carry that burden. I don't think it ever gets softer or easier. You don't get over it. You just learn how to kind of move around your life with that in your brain.

Would you mind telling telling me about your mother? What she was like?

My mother was an incredible woman. She was amazing. She was very, very highly strung, really nervous. She had a terrible stutter which tended to disappear completely when she was swearing. Immediately. And you can beep this out, but she would be like, "Oh, could you go to the fridge and get that (imitates her stutter) get, get, get, oh, fuck it. Just grab some bananas." The way she got through her nervousness was just to be kind of outgoing and be really saucy and friendly, like, you know, I'd go to the PTA meeting with her and she'd be chasing the sports teacher down the down the hallway going, "Oh, look at his bum." She called me up one night. She goes, "Oh, guess what your dad did last night. Your dad tried Viagra. He got it stuck in his throat and he had a stiff neck for eight hours."

I think I'm in love with your mom.

You know, she's never met Lily, my little 6-year-old, because she was born the year after (his mother died). We named her after my mom. She's not seen this new life I have, the great friends I have on Vashon. She would move here. She would love it. She'd just love it.

You mentioned Shawn Smith. What did he mean to you?

Shawn Smith, along with Mark Lanegan, they were probably two of the first voices from the Northwest that I fell in love with when I first moved here. I remember being on tour with, I think, the Screaming Trees and getting hold of the first Brad record and just being in love with that voice. It reminded me in a way, I mean, because he had that kind of "Prince" thing going on, but also that very, very instrumental sound to his voice, the same with Mark Hollis (Talk Talk). You didn't always know exactly what he was saying, but it was loaded with so much emotion and and solemnity that you felt that you understood what they were saying, or at least the intent of it, and that is more attractive, I think, than often being literal with words.

Martin Feveyear, recording under the name N.P.O.W. (Nasty Piece Of Work), is finishing his debut full-length album, scheduled to be released in the spring of 2020. 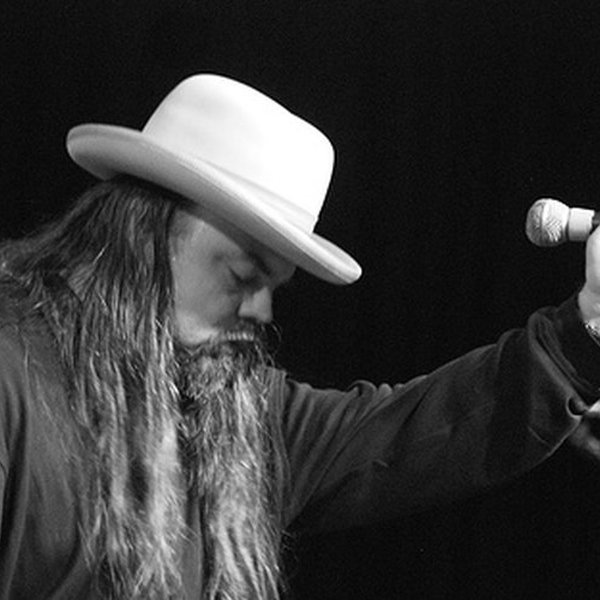 Seattle's own Shawn Smith has passed away at the age of 53.