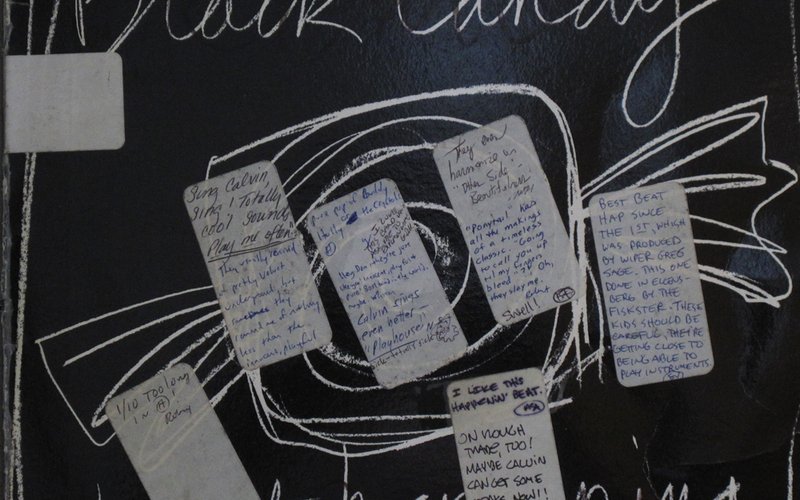 Happy Halloween! I was looking through my stockpiled album cover images for something appropriate to the day, and the title Black Candy jumped out at me. Spooky and sweet all in one two-word phrase? Perfect! Plus, it's been a while since we took a look at regional heroes Beat Happening. This band — the foundational NW indie-pop band consisting of Calvin Johnson, Heather Lewis, and Bret Lunsford — should need no introduction, but if you do need one, consult the first half of this sentence.

Black Candy was the band's third full-length, and to judge by the reception at KCMU, it was a turning point in the band's sound and an utterly unassailable work of genius. I'm very happy to have this primary source out there for the world to see, because some of the present-day reports I've read on this album are . . . less glowing. In fact, it reads like they were listening to a totally different album altogether. I won't bother linking to them, because I prefer to live in the world of KCMU circa 1989, where this is a non-stop onslaught of "cool sounds," "pure pop," and "timeless classic[s]." So if someone gives you black candy while you're out trick or treating tonight, say "Thank you!" (I mean, unless it's licorice, that stuff is just nasty.)

Coincidentally, it turns out that Domino Records is just about to release a huge Beat Happening box set, which, of course, includes Black Candy and, well, everything else the band ever released. You can pre-order it right here — and you probably should.

"They usually remind of pretty Velvet Underground, but sometimes they remind me of nothing less than the innocent, playful pure pop of Buddy Holly or the Crystals."

"I love this band. Don't ask me to explain why."

"Hey Don, they're just like you! Innocent, playful + pure! Best band in the world, maybe."

"They even harmonize on 'Other Side' - Beautifulness."

"'Ponytail' has all the makings of a timeless classic. 'Going to call you up til my fingers bleed'?! Oh, they slay me."

"On Rough Trade, too! Maybe Calvin can get some steaks now!!"

"Sorry, Calvin is a vegetarian. Also - produced by Steve Fisk and two Screaming Trees. Recorded in Oly where Girl->" [I don't know if there's a missing label or what, but there's an arrow at the end of this one that leads nowhere.]

"Best Beat Hap since the 1st, which was produced by Wiper Greg Sage. This one done in Ellensberg by the Fiskster. These kids should be careful, they're getting close to being able to play instruments." 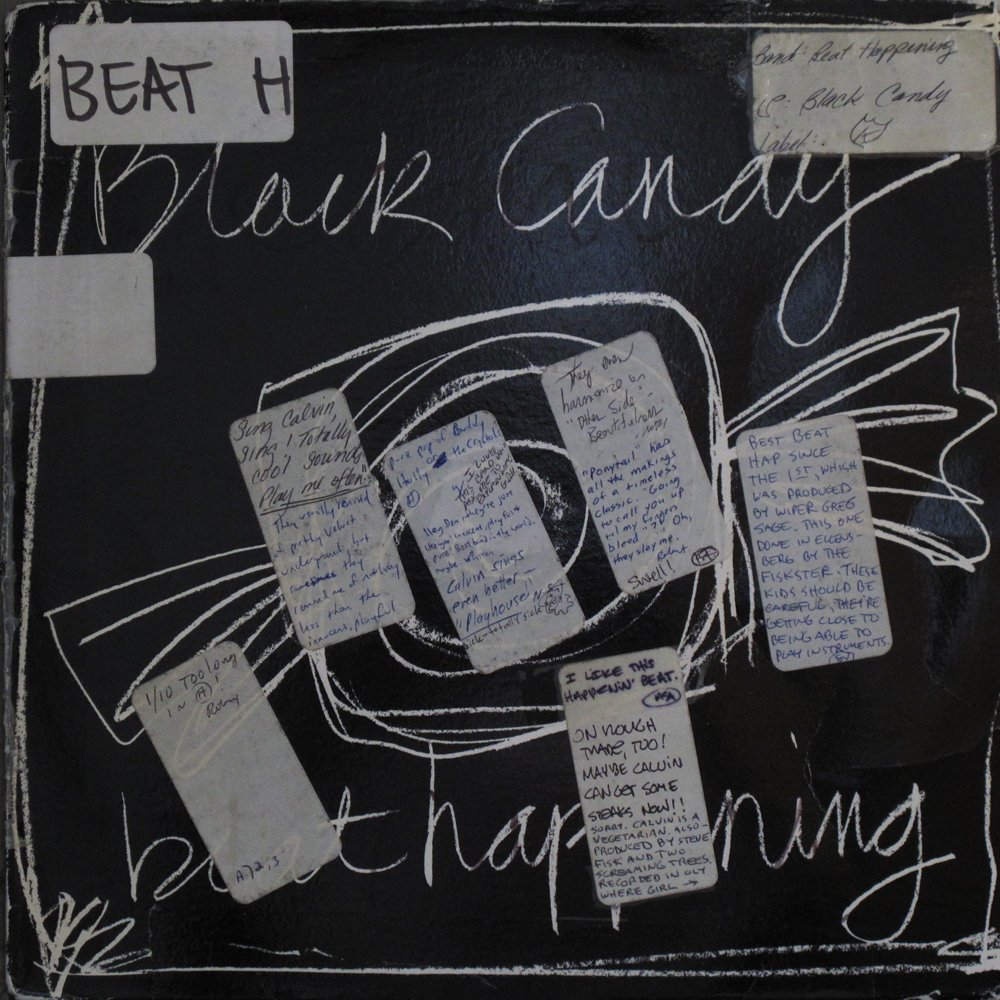 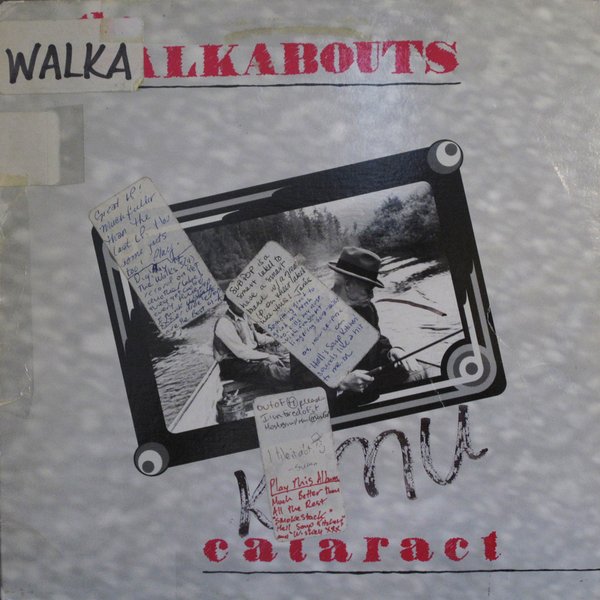 This week's Review Revue spotlights the Walkabouts album Cataract. See what KCMU DJs thought back in the day. 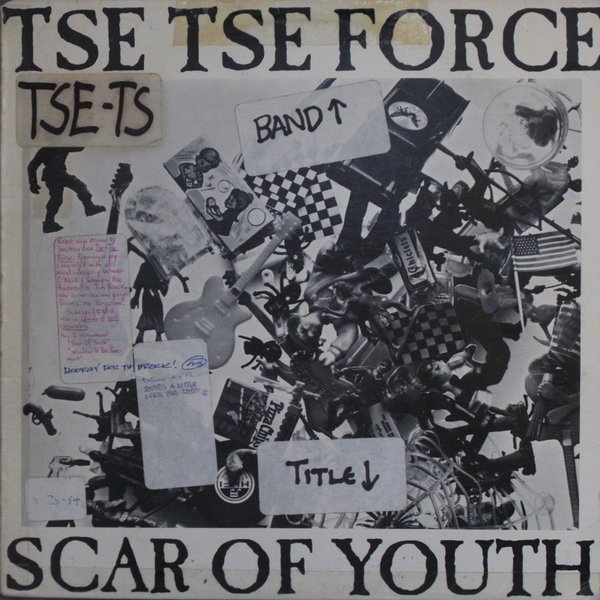 This week's Review Revue spotlights the Tse Tse Force EP Scar of Youth. See what KCMU DJs thought back in the day. 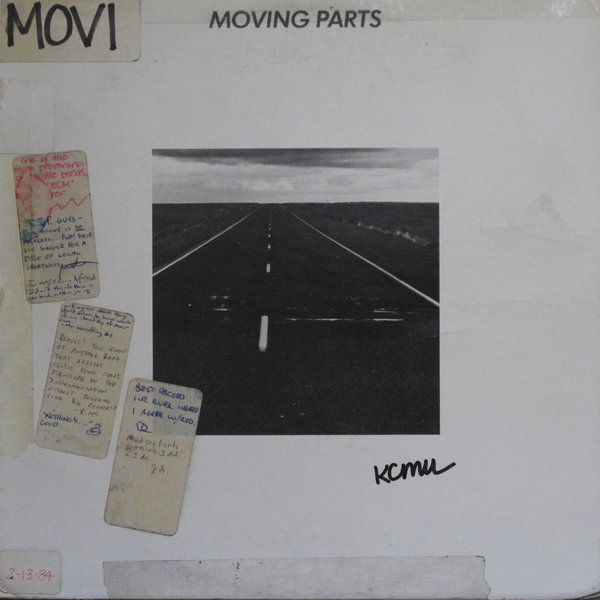 This week's Review Revue spotlights the self-titled EP by Moving Parts. See what KCMU DJs thought back in the day.