Vagabon on Revenge, Imposter Syndrome, and the Women Who Inspire Her

On October 18 the Cameroon-born and New York-based artist Laetitia Tamko dropped her sophomore record under the name Vagabon. Several halts delayed the record's release, including a request from the poet Nayyirah Waheed to not directly quote her in the lyrics and album title, which was to be called All the Women In Me – a play on Waheed's micro-poem "All the women in me are tired." Tamko changed the title simply to Vagabon as well as some of the song titles and lyrics and pushed the album release back a month. But, finally, it's out and definitely worth the wait.

Powered by spacious electronic production, the record is a bold departure from her 2017 debut, Infinite Worlds, which was an intimate indie rock guitar-based effort. Completely self-taught, Tamko plays nearly everything on the record including trying her hand at production for the first time. It pays off. Vagabon is a triumph and an exciting step for a young artist that's quickly and continually sharpening their craft.

Back in July, before the changes to the record were made and long before its release, KEXP spoke to Tamko ahead of her set at Capitol Hill Block Party about how revenge fuels her desire to master new skills, the constant battle against imposter syndrome, and creating a community through her music.

KEXP: You're releasing your sophomore record [formerly titled] All the Women In Me [now self-titled] in the fall and I'm very excited about it because your debut record, Infinite Worlds, was so great, but also because the lead single is just so different from everything else you've put out so far. I'm wondering if that song, "Flood," is a great representation of what the whole record sounds like.

Laetitia Tamko: I don't think it's a representation of what the whole record sounds like. I think I am really interested in not making records that all sound the same right now, or at least in these last two. So I think it's one side of it. You know, the record [was titled] All the Women In Me so inside of it contains a lot of nuance in its genres and mostly in the textures that I use. So I think as more singles roll out, it will start to give people a well-rounded view of what this record will sound like.

It sounds like the recording process was fairly difficult. You essentially did everything yourself, including learning how to produce on your own. I'm wondering what that was like to put it all together step-by-step on your own, playing all the instruments yourself and also having the possible pressure of the sophomore slump idea in your head like, "I've got to live up to this first one." What was that process like for you?

Very isolated. It was hard to have it be fun for a lot of it because I was really doing a lot of mental work to prepare myself for doing this second record. And I had heard of the sophomore slump and I've seen it in action through friends. And I knew that no matter what I did, everything's so unpredictable in the music industry so I just wanted to make something that felt true to me and that felt genuine. So that variable, which is like whether people like it or not, whether it does this big thing, whether it lives up to Infinite Worlds, could matter a little less because I was just honest. So that's kind of what the goal was. And then the work involved, like getting my mind wrapped all around that, just making the best thing I could and something that I'd be proud of no matter what happened with it.

I really respect the fact that you teach yourself everything and you're always trying to up your game and become a master of your craft. Are you like that with everything or is it just specific to music?

Yeah, I get very fueled. It makes sense you resonated with that. I find fuel in the things that people may have told me I can't do or told me that it's not possible. I have a really solid gut instinct and I listen to it. And so part of me wanting to be really good at everything that I do is because I need to have revenge.

That is literally the most Scorpio thing you could possibly say.

I know! It's like I need to have revenge and, on a less petty note, I need to know everything about my work before I hand it off to someone else.

What skill are you currently teaching yourself?

I'm teaching myself to have a healthier relationship with making music and to have more...just give myself a little less....can I say, "shit"?

Absolutely. Say what you wanna say.

Okay cool. Yeah, I’m just working on having a healthy relationship with music that's not obsessive in an unhealthy way. And I'm working on how to give myself less shit or I'm trying to learn how to stop thinking of imposter syndrome.

Yeah, that's such a real thing. Has it gotten worse for you? Or is this just always a constant battle – imposter syndrome?

I think because I'm around so many musicians who have like gone to conservatory and who have been working at this since they were like 3, who have had lessons, whose parents are artists, whose parents are musicians, and they've toured longer than me. I think I developed like, "Whoa, how come I... how am I here?" Like, I don't really know how this happened. I didn't have any of this preparation. So that gave me a little bit of imposter syndrome to have Infinite Worlds do well and for me to be fresh in music. Not just fresh in making records and fresh in having a record that did okay, but fresh overall in my instrument, in the making of an album, in the writing of songs. So I think it happened once Infinite Worlds started becoming, you know, once it became my job I was like, "Shit." But I think that's not forgiving enough of the work that I've put into it. So I'm trying to cut that out.

Absolutely. You told Cheryl in your recent in-studio that this new record's kind of your opportunity to speak on things happening in the world you were a little scared to talk about before, such as more political and social climate issues. Do you feel it's a musician's responsibility or duty to handle those difficult topics?

I don't think it's a musician's responsibility. I think it's obvious that every musician, every artist, whether you're a comedian, an actor, a painter, you choose what the intention, or if there is any intention in what you're making, and that's everyone's individual question to ask themselves or to not ask themselves. And I think the industry's well-rounded enough that you have people who don't want to think about intention and that's them. I don't feel like I'm anybody's role model. I have no interest in being anyone's role model because that's a lot of pressure. I'm a young person who will continue to learn things. So responsibility, no, but as far as intention, yeah. What I make, I consider a lot of things and I am intentional in asking myself, what am I doing this for? Who am I doing this for besides myself? And like, what do I want to say and what space do I want to hold and who do I want to uplift? I do ask myself those questions, but if on one record I didn't want to, I won't.

You're originally from Cameroon. I'm wondering what the reception over there has been like now that you're on a fairly large platform and have been received really well in the States.

I don't think Cameroon knows about me [laughs]. I mean, there's Internet access and stuff, but it's very removed. And any musicians that have come from there have had to go to other places to blow up their career. So I'm not sure if they know about me. I mean, some people, I guess, but I don't know how they would!

Is there a music scene there?

Oh, yes. Very much so. It just is not in the way of... because then when you talk about capital and you talk about money and how to, like, bring that music in... So there's so much music in Cameroon and so much music started in West Africa, so much music is coming from there. But who they can reach, I think, is limited because of the infrastructure in place there. So it's very big in music the way Africa has always been. Like I like to remind people that rock music started in Africa. Blues started in Africa. Folk started in Africa. And it's important, too, to not write those things out of history. So it's there. But unlike America, unlike Europe, unlike even South Africa, there isn't an infrastructure in place that helps that music reach online platforms or things that are easily accessible with the exception of like Awesome Tapes from Africa or, you know, all of these like American or Western labels who are archiving music from Africa.

The [former] title track [now titled “Every Woman”] repeats the phrase, "All the women in me are tired," which speaks so much to any woman or a marginalized person who's ever experienced trauma or oppression. And I'm wondering if there are certain women or people that you looked up to or was really thinking about in the making of the record.

I mean, I look up to so many women, all the matriarchs in my family who raised me. So many friends. Victoria Ruiz from Downtown Boys, Mitski, Sasami, Jamila Woods, Tasha from Chicago, Jessi Frick [of Father/Daughter Records]. I can just go on and on about all the amazing women and non-binary people that I love. But when writing the song, I wasn't thinking [of that]. I wrote it for myself, knowing that if I felt this feeling, then so many people do and it's not just me alone. I try to create community with the songs that I write for Vagabon. It's meant to unite people who feel like me so I don't just feel alone, but other people don't feel alone either.

Vagabon is out now via Nonesuch Records. She'll be in Seattle on Wednesday, December 11 opening for Angel Olsen at the Moore Theatre. 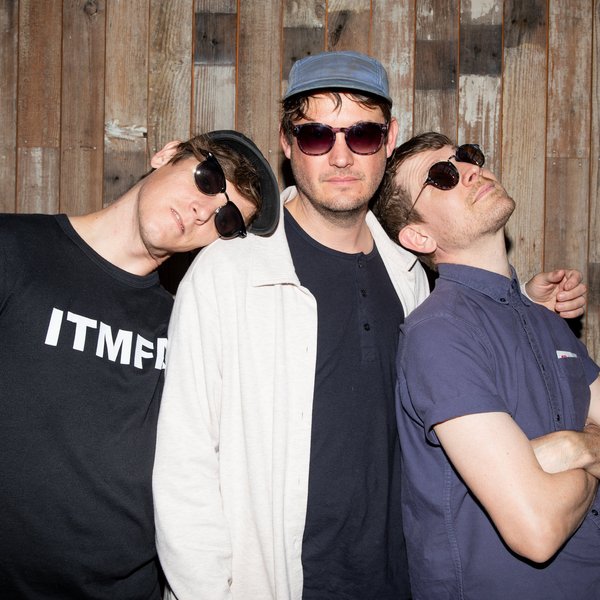 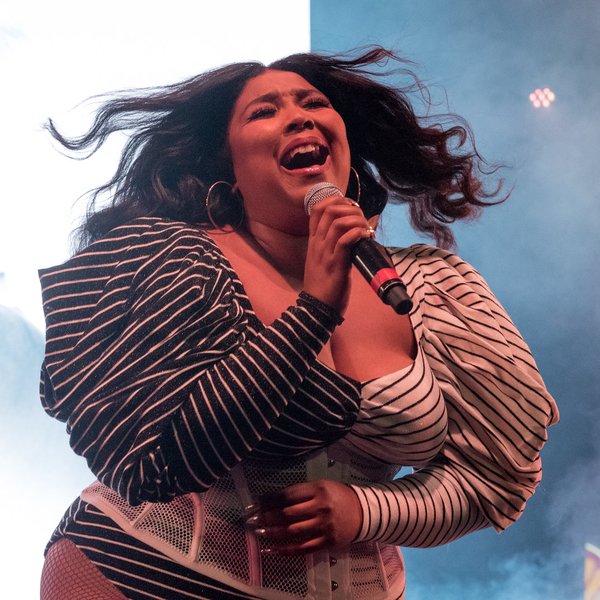 Capitol Hill Block Party 2019: Photos From Days One and Two