In the current climate of earning a living as a working recording artist, music syncronization is one of the more lucrative paths. In the worlds of film, television, video games, and advertising, music is key to elevating those forums to help drive home their message or help drive home an emotional climax. But how do you, as a working artist, get these crucial placements? In the sixteenth installment of our Mastering the Hustle series, four luminaries with vast experience in the world of synchronization licensing have come to discuss the various ins and outs of this cross-section of industries. In a panel moderated by Kid Hops, music supervisor and host of KEXP's Positive Vibrations, Rosanna Wright (an Emmy-winning music supervisor), Jeff McIlwain (an electronic musician known for his work as Lusine). and Ricki Askin (Vice President of Music Services and Licensing at VICE Media) share their experiences and offer helpful tips in order for artists to be the most effective in their search for synchronization opportunities. After welcoming the panelists, Kid Hops asks them to define synchronization. Askin starts, noting it is the process of marrying sound to picture in forms including film, television, and commercials. Hops asks Wright what parts of the song fit the boundaries of synchronization and she says two licenses are required: The master license for the recording and a synchronization license for the publishing. "For example," she says, "if you want to use Whitney Houston's version of 'I Will Always Love You,' you will need a master license for the recording and a synchronization license from Dolly Parton, who wrote the song." To clarify, Askin adds ascending artists usually own both themselves, but there is a point where labels or publishers are involved. In her experience, Wright does three types of searches.

1. For an existing piece of music
2. Songwriters who will write an original piece of music for the show (such as a theme song)
3. Labels, publishers, licensing reps, and composers.

Askin notes an advantage on her end of working with labels and publishers is that they usually "aggregate the talent for us rather than having relationships with 300 artists." While looking for a composer, however, it works better not going through a label or publisher, because in many scenarios she wants to retain the rights. That is referred to as a "work-for-hire." Hops adds the importance of timelines. "In the world of music supervision, timelines are often too short," he says. Working with labels and publishers streamlines the process of securing what a music supervisor needs. Askin adds reliability and communication are key. Hops asks McIlwain how much of the work he does that ends up in synchronization comes through his label, Ghostly International, and how much comes individually. His answer points to Ghostly's in-house team of looking for synchronization opportunities, and he does his publishing through the label as well. He does have work-for-hire opportunities on an individual basis, usually a handful of times a year.

Hops notes the fact that McIlwain does his masters and publishing through Ghostly is called a "one-stop." From the perspective of a music supervisor, there are projects that need to be completed in mere hours, which necessitates using one-stops. McIlwain agrees with Hops' assertion that the plus side of having a one-stop is that he's able to potentially get more work quickly. He emphasizes being able to trust your label. Wright notes the importance of having clear and accurate data so that it is easier for an artist to be found and paid.

Kid Hops brings up the notion of finding the best methods of success for the artists in attendance looking to get more synchronization work. Askin notes the importance of securing your rights, especially if you have co-writers and the need for sample clearances. She also notes the metadata should be accurate and hi-res files should be easily available. Wright notes it's very helpful when artists come in having already done their research as far as what they're looking for. Also, know who you're pitching; Wright works on kids' shows, therefore hardcore rap isn't a good fit as far as work she can find for artists. Askin adds the importance of having instrumentals and that all music is mixed and mastered. All moderators reiterate being reliable, having files ready, being communicative, because the process moves so quickly. If someone is relying on you and you aren't prepared, you may not be asked by that music supervisor again.

McIlwain notes that if you want to have demos prepared to offer an advertising agency or music house during the "cold call stage," it is a helpful tool. Hops asks him to explain the difference between a music house and an ad agency. McIlwain says the music house usually works as a liaison of sorts between the artist and the agency. Hops asks the panel what inspires them to either license a song for placement or request an original composition. Because Wright works in childrens' television, they fall either under animated or live-action productions. With live-action, the music is either a montage or a sequence and they occasionally look for a known piece of music, for which they get a license. For animated projects, she often looks to have the music created prior to the animation process so the animation can be lined up with the composition. The timeline can take about one to two years.

For Askin, who mainly works in documentaries, the timeline is usually dependent on the post-production timeline. At VICE, they'll often have composers score one or two spots, but won't have composers work on a full 30-minute piece unless the production has a roomy window of time, usually several weeks. If there isn't enough time, they'll generally select licensed music. Askin says because she deals with heavy subject matter and her documentaries are narrated by journalists, music is often secondary. In media such as fictional films where music is more valued, there will be a more deliberate process to license the right song for the scene or scenes. Wright asks Askin if she has been in a situation where, since the subject matter is so serious, she reached out to an artist or composer who ended up saying no. Askin answers in the affirmative, adding a company like VICE can sometimes be controversial and they work a lot in interational news, where you may have a composer who is reluctant to give work to a story that may come across as anti-government.

Hops asks McIlwain when he gets a request to sync some of his music if he gets a sense of why he is being selected. When it's a compositional request, he does, because there is a lot that goes into it. He usually doesn't when it comes through licensing, but lately he has been getting rough cuts with his music in it. Askin notes that there are a few important things you should know before licensing a song. In their requesters, VICE usually has to include a byline of what the program is and a byline of what the use is, in order for the artist to understand the context. She says when an artist participates in branded content, there should be more money coming to them. VICE has an in-house creative agency, therefore they engage in very different levels of licensing partnerships. They've had a partnership with Jansport where they do a digital series with musician (with Jansport's name only in the title card), which is very different than doing, say, an ad for Nike. It's good to ask if there is going to be paid media (like when you see an unskippable ad on YouTube) or if it's going to be a standalone thing.

Hops adds that it's important when you are looking at label constraints to make sure you have a right to refusal for any synchroniszation licensing. McIlwain has a clause in his contracts that all third-party sync licensing has to go through him for consideration. The subject of exclusivity comes up, and McIlwain notes the importance of making sure the deal is non-exclusive if you aren't getting paid much money for the sync and are mainly doing it for exposure. Askin offers an example of when the Vampire Weekend song "Holiday" was licensed by both a Tommy Hilfiger commercial simultaneously. "Exclusivity [clauses] do and should come with a high price, because you are taking your song off the market for a period of time," she says. Both the car company and Hilfiger paid for exclusivity, but were in separate categories, which is also something that benefits the artist. Hops notes that affects the relationship between the artist and the company, because the exclusivity clauses should be divulged even if they were in separate categories.

Askin brings up the notion of working with a third-party licensing company, which will only take a certain percentage when they find work for you. It's usually a multi-year exclusive contract, so it's good to find a company who only works with 30 artists rather than 1000 artists. 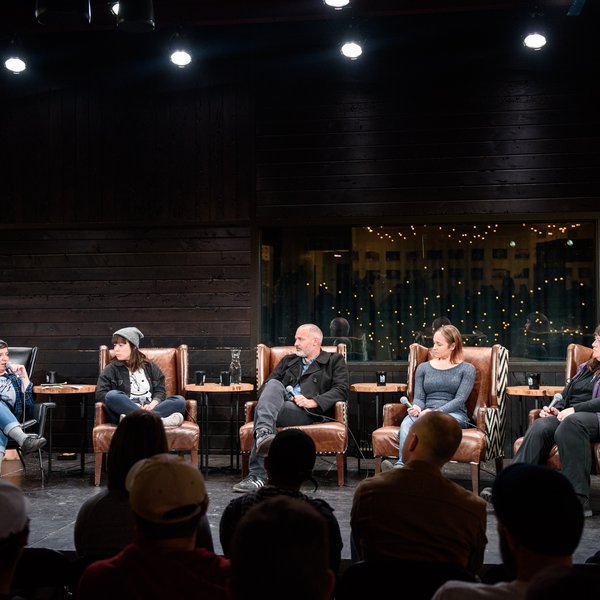 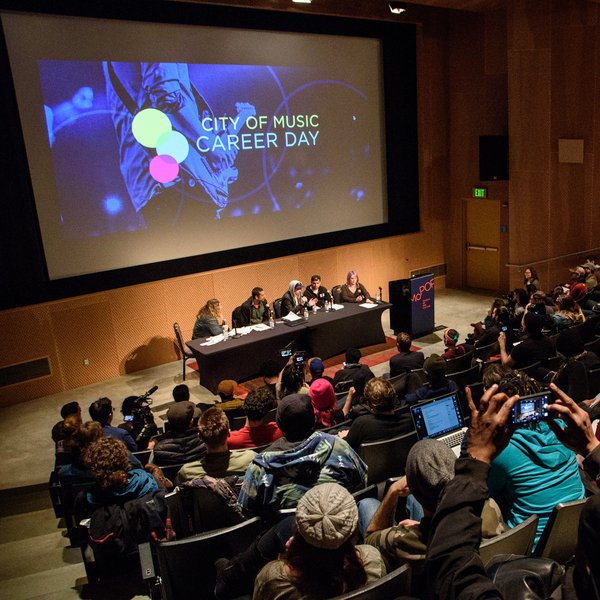 Mastering the Hustle: Your Sound and Performance

Here at KEXP, we firmly believe that music matters. But we live in a world that is more awash in music than ever before. So how do you, as a musician, make your mark? How do you stand out and create a brand that will get you noticed and while still being true to your image and intent? What tools ar…