MLK & The Songs Of Freedom on The Roadhouse on KEXP 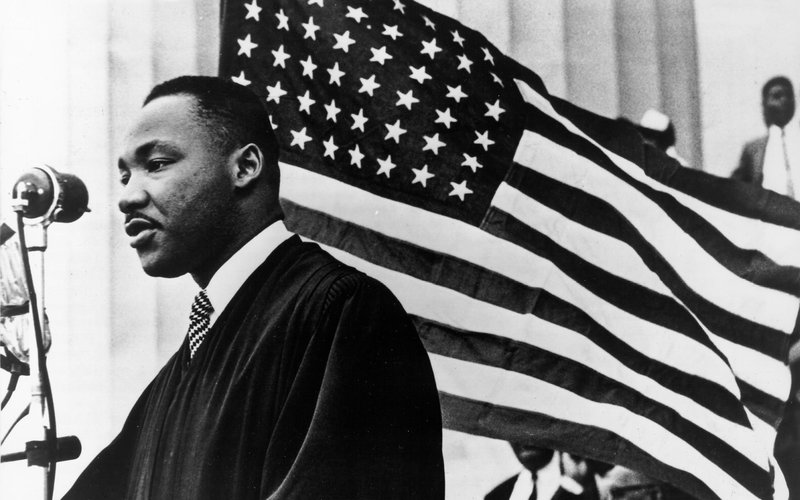 Tonight on The Roadhouse on KEXP, DJ Greg Vandy will present MLK & His Songs Of Freedom. Read more about the show below, and tune in at 6 PM PT to listen along.

Martin Luther King Jr. is a hero of mine.

Of course I’m one of the many in multiple generations who feel this way, but I’m fortunate enough to have a radio show in which to recognize and pay tribute to my heroes; and like with many of my special theme or tribute shows, MLK & His Songs Of Freedom is pretty meaningful to me.

I’ve been broadcasting this show in various forms for many years, but tonight’s show is extra relevant and necessary because of our current political landscape. It’s about how music inspired  (and was inspired by) the Civil Rights movement of the early 1960s, and how that peaceful social protest can be seen as an example and inspiration for today’s interest in social justice and reform because lord knows we ain’t done yet.

Tonight (or via the archive link) you’ll hear the soundtrack of a Movement, with minimal interruptions. It’s a playlist with a story, featuring words from Dr. King, testimonials of other participants, field recordings from mass church meetings and other demonstrations, chants, hymns, and the many popular songs of the time, which all combined is a pretty inspiring listen. And to me, there are not too many things more inspiring than what happened back then, when regular people marched, risked life and limb, and went to jail for demanding their fair and equal rights. It was Dr. King who was the voice and soul of the movement who took the high moral ground in his case to denounce segregation and bigotry to the American people. But there were songs too. Really good songs.

It’s been called a “singing movement”.

What made the music so effective and meaningful was the use of old songs. The historical value of familiar gospel music and old spirituals were essential in creating a unifying foundation to build on. Considering that black churches were ground zero for organizing and staging mass meetings, preachers and Civil Rights leaders naturally turned to the church songbook. And then, they used the time-tested method of the “folk process”, which is using old songs and adapting them with new lyrics to fit the current and specific message of the struggle.

Similar to how the Labor Movement used songs decades earlier, Civil Rights leaders reached back for such gems as “Ain’ Gonna Let Nobody Turn Me Around”, This Little Light Of Mine”, “Keep Your Hand On The Plow (Eye On The Prize)” and appropriated them to great effect. Even the Ray Charles song “Hit The Road, Jack” was adapted to “Get Your Rights, Jack”. The iconic tune, “I Wish I Knew How It Would Feel To Be Free”, once a Billy Taylor jazz instrumental in 1962, became even more significant with lyrics added and Nina Simone singing them in 1967. I’ll also play the excellent Marlena Shaw version. These are the songs you’ll hear on this special show.

Historian Ronald E Franklin says, “From the early days of the civil rights movement, most of the organizing was done through churches. It's no accident that the most influential leaders were preachers such as the Rev. Dr. Martin Luther King. The black church provided both an organizing center and, more importantly, a common culture that allowed people from different generations, backgrounds, and parts of the country to come together around a common vision. And a crucial foundation of that shared culture was the music of the church."

Cordell Reagon, a founding member of The Freedom Singers of the Student Nonviolent Coordinating Committee (SNCC), put it like this: "Music was what held the movement together. It is some of the most powerful music in the history of humanity.”

It was a singing movement, indeed.

There were great original songs by the acclaimed topical songwriters of the time too. The folk and blues revival was in full effect and a new generation of social commentary ushered in some future giants of American songwriting, as we all recognize today. Songs like Phil Ochs’ “Talking Birmingham Jam” (priceless!), Dylan’s “Death Of Emmitt Till” (from Cynthia Gooding’s WBAI radio show, Folksinger’s Choice. Dylan was 22), and Sam Cooke’s “A Change Is Gonna Come”, which he said was inspired by hearing Dylan’s “Blowin’ In the Wind”.

Curtis Mayfield was particularly prolific with some of his best and most righteous compositions, like “Keep On Pushin’”, “This Is My Country”, and “We’re A Winner”. His Chicago neighbors, The Staple Singers (one of Dr. King’s favorites) were a mainstay in the fight and successfully crossed over to the folk crowd with some of their best songs, “Freedom Highway”, “Why (Am I Treated So Bad)”, and “What You Gonna Do?”, which posed the question to the uncommitted, particularly young people, who faced subsequent jail time and possible physical injury for demonstrating for their rights.

Bernice Johnson Reagon, who ultimately married Cordell Reagon (both in the Freedom Singers), must be considered as one of the most important figures of her generation of singers and players. She eventually formed the group Sweet Honey In The Rock, pursued a prominent career in academia, and carried the legacy of these songs to future generations. Her versions of “Ain’ Gonna Let Nobody Turn Us Around” and “Eye On The Prize” are the gold standard.

But for me, it’s the field recordings, mass church meetings, and group singing that are featured on this show that bring us closer to what the Civil Rights Movement actually sounded like. They are sourced from two excellent Smithsonian Folkways compilations:  “Sing For Freedom” (1992) which is a collection produced and recorded by Guy & Candie Caraway, and “Voices Of The Civil Rights Movement” (1997) which is an essential double-CD that “documents the cultural environment of the Civil Rights Movement and acknowledges songs as the language that focused people's energy”. Bernice Johnson Reagon wrote the notes and provides rare historic photographs that tell the powerful story of African American musical culture and its role in the Movement.

And, of course, there are the words of Martin Luther King Jr. himself.

I’ll play an excerpt from his last speech in Memphis in the spring of 1968, dubbed “I’ve Been To The Mountaintop”, where he states “all we say to America, is be true to what you said on paper” and then uses the refrain “somewhere I read…” to refer to the promise of fair and equal rights written in the Constitution. The speech is one of his best, and sadly prophetic.

You’ll hear many of his other addresses interspersed in the mix too, including my personal favorite from Zion Hill Baptist Church in Los Angeles in 1962 called “Fun Town”. In it, he expertly personalizes the struggle for equal rights by sharing an experience of explaining segregation to his then 6-year-old daughter, Yolanda, who wanted to go to a popular amusement park in Atlanta called Fun Town. But it was a “white-only” establishment. It’s a father-daughter moment that epitomizes the cruelty of Jim Crow laws and demonstrates why Dr. King is such a legend. A timeless hero for the America we want to live in. A fair and just America. Someday we’ll get there, but there’s more marching to do.