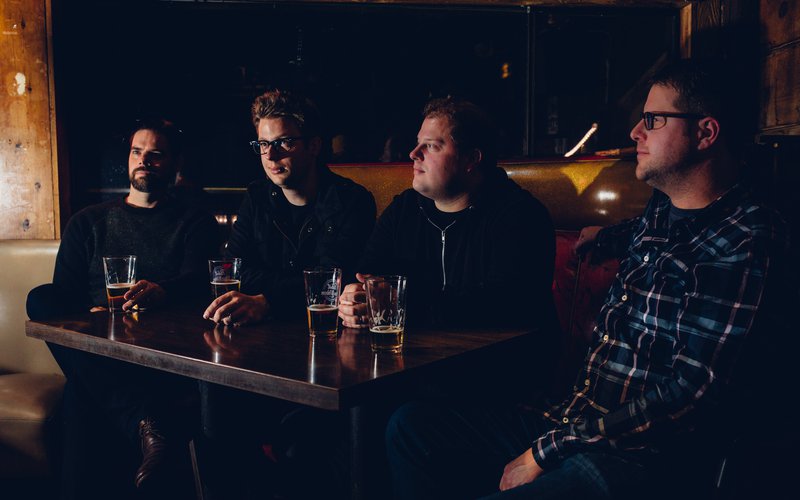 At some point in your life, you’ll be doing some activity you’ve done a million times and a thought will hit your head like a rock on a windshield, “Am I too old for this now?” Maybe it’s something as rowdy as going to a party or innocuous as trying to carry all your groceries at once from the car – one way or another, this dark thought will follow you. You can dismiss it or embrace it. I’m not here to tell you what to do, I just write words about music on the internet. But it’s something we all at least need to reckon with. And it sounds like that’s exactly what Seattle’s Subways on the Sun is doing on their latest single “Hope You Like Getting Old,” from their upcoming album Capsize, out Sept. 21 via Spartan Records.

“I hope you like getting old,” lead vocalist Erick Newbill sings at the top of the song. “And waking up on the floor.”

Right away the band sets the stage, taking a close look at the bad end of arrested development. A crunchy, classic guitar riff booms underneath Newbill’s voice, erupting through the speakers like a teen angst anthem. But instead of teen angst, it’s the even more venomous dread of aging rumbling in the mountainous distortion. On the chorus, Newbill repeats, “all the lights are coming down on us” – first over lightly strummed acoustic guitar chords and then later in a barrage of fuzz. The shifts in instrumental dynamics against the lyrics play the stages of realization – a sense of loathing followed by a sense of frustration.

The music video jumps between knick-knacks in an empty room. A speak-and-spell, a lava lamp, an old TV, Happy Meal toys, and records. It’s as if someone’s entire youth has been quarantined in a single space. It’s an apt visual metaphor for the song’s pained relationship with aging. All the toys and knick knacks had their place at one point, but how are they serving an adult now? Is it bad to hold on to the past? There are no real answers, but maybe just asking the questions is the right first step. One thing’s for sure though – reassessing your choices has hardly ever sounded this righteous.

Pre-orders for Capsize are available now. Subways on the Sun will play their release show on Sept. 14 at Columbia City Theatre with fell from a star and Northern Nomads.