Ms. Valerie June brought her delightful stage presence and a three-piece band to KEXP's broadcast at Little London Plane as part of 2018's Upstream Music Festival and Summit. The musician's latest record, The Order of Time, was released to much acclaim in 2017, building on the successes of her breakthrough third record, Pushin' Against A Stone. Before a performance on the mainstage at the Upstream Music Festival, KEXP was lucky enough to get five songs out of Valerie June and her very talented band. 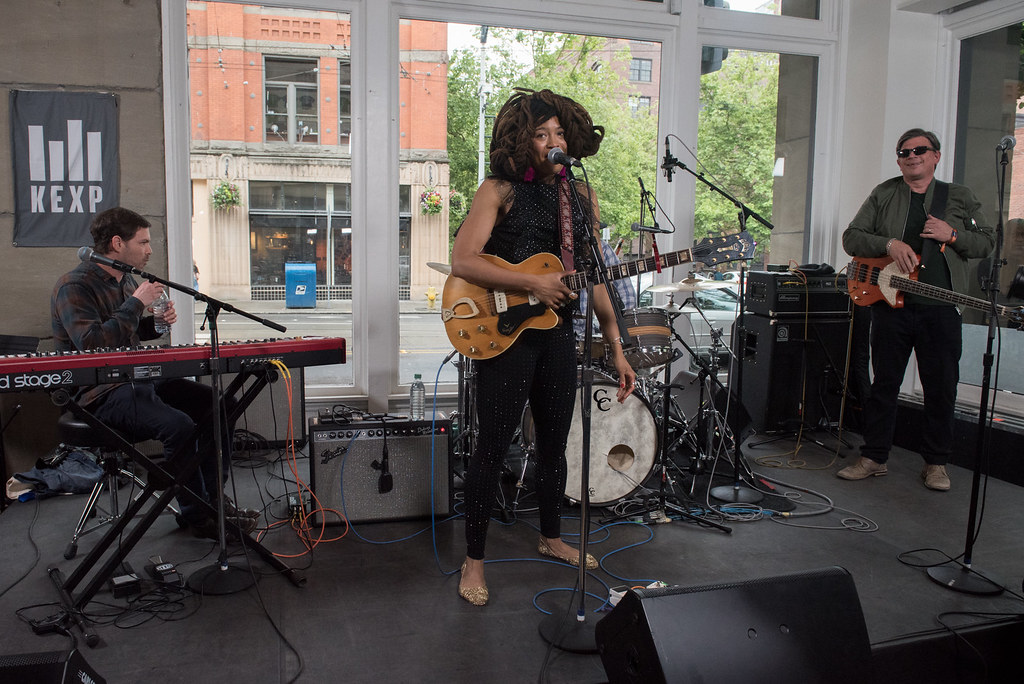 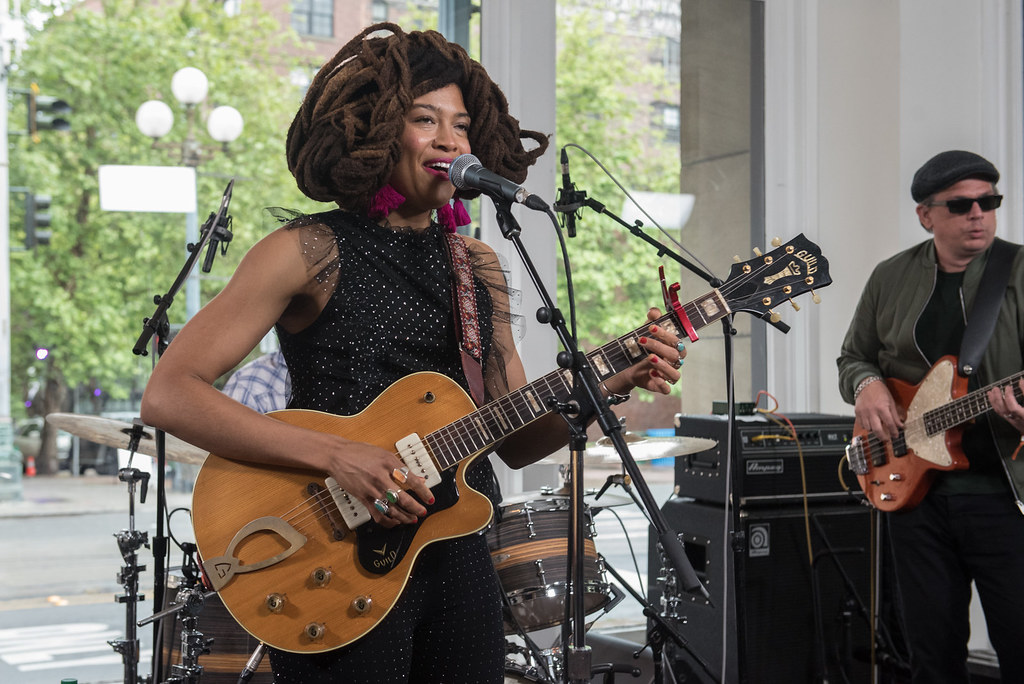 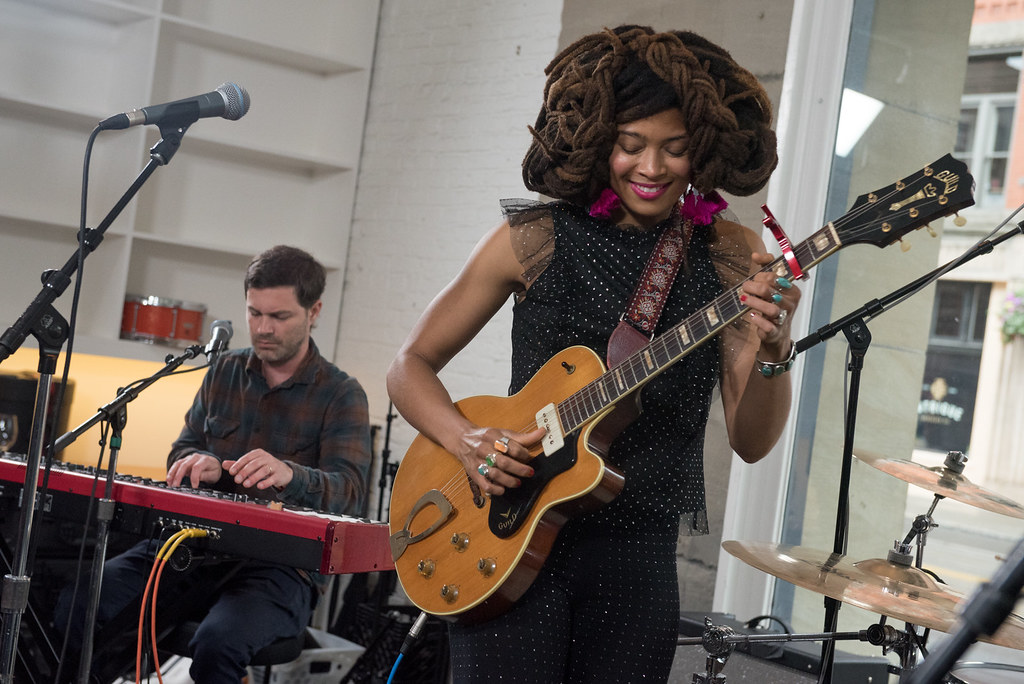 One of the joys of seeing Valerie June is her ability to make beauty of the mundane, filling her sets with asides, stories, and well-wishes that add additional power and spirit to her music. She is a gifted guitar player, dancing her way through renditions of Pushin' Against A Stone's great "Working Woman Blues," and "You Can't Be Told." June played three tracks from The Order of Time, including album highlight "Astral Plane," which was introduced with a recollection of a spider-laden dream. "Shakedown" and "Love You Once More," demonstrated the album's range, especially when executed alongside equally talented musicians. The keyboard solos on "Workin' Woman Blues," provided by Pete Remm, were particularly of note. All in all, it was a gracious performance from June, who continues to unfailingly offer a memorable live set. 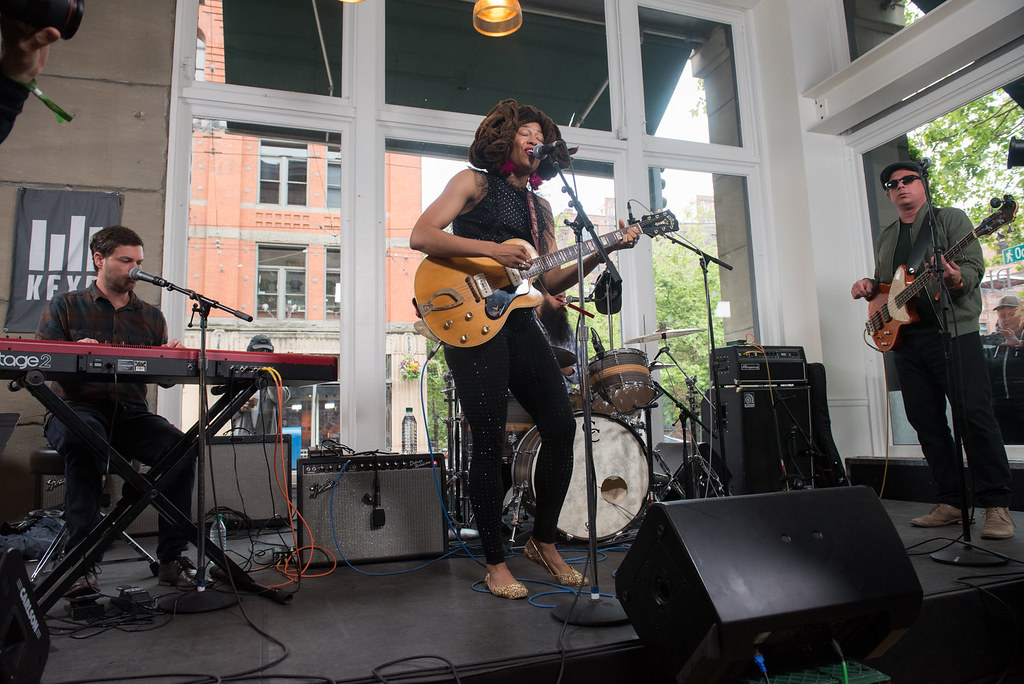 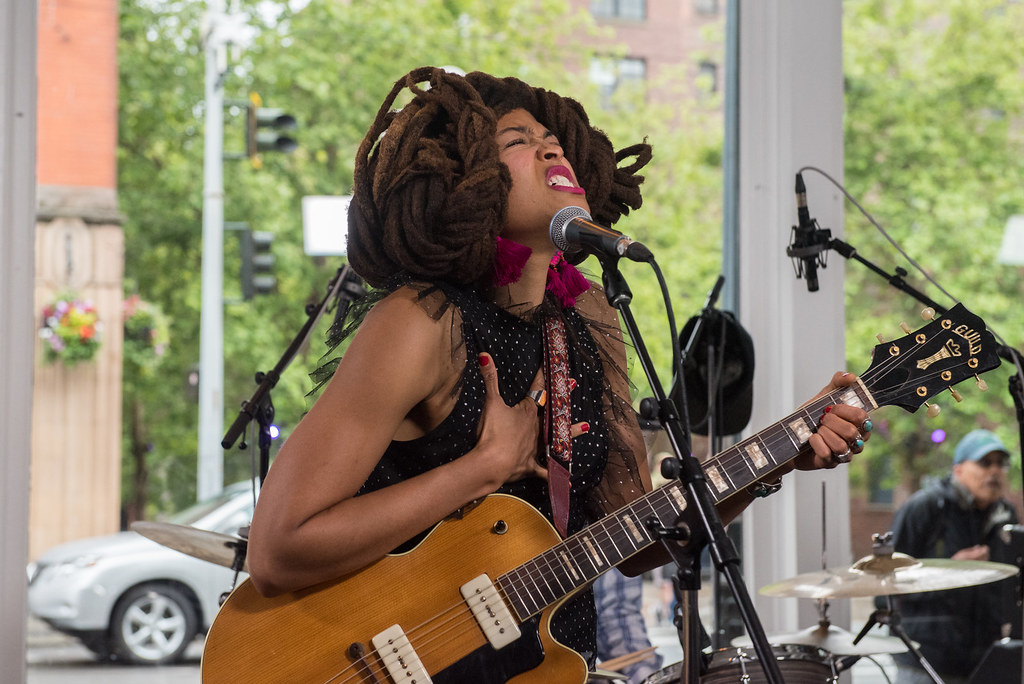 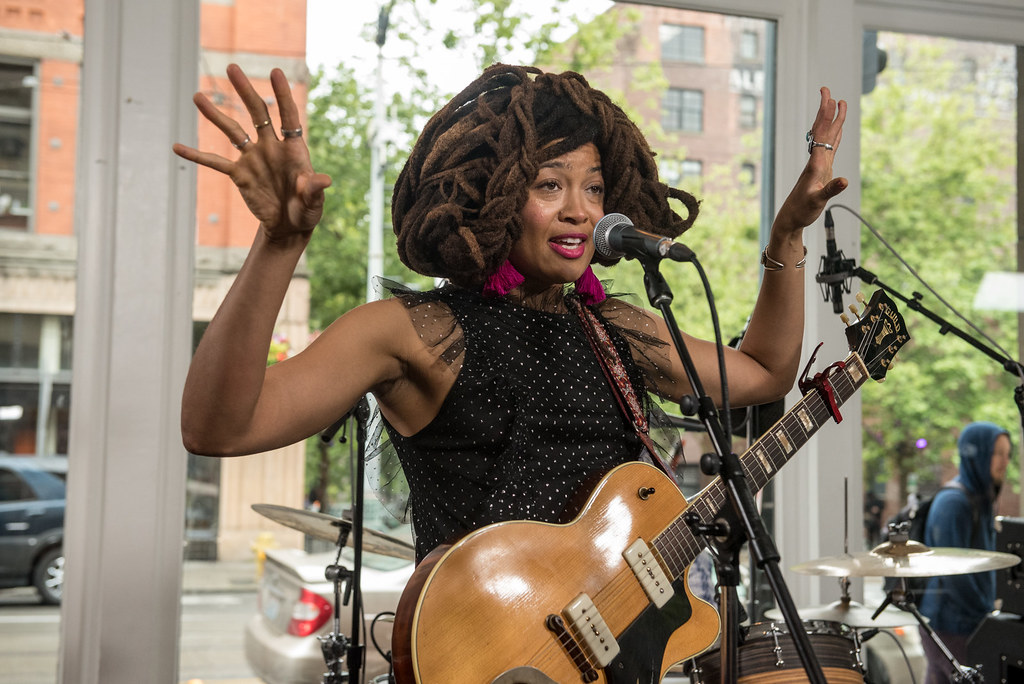 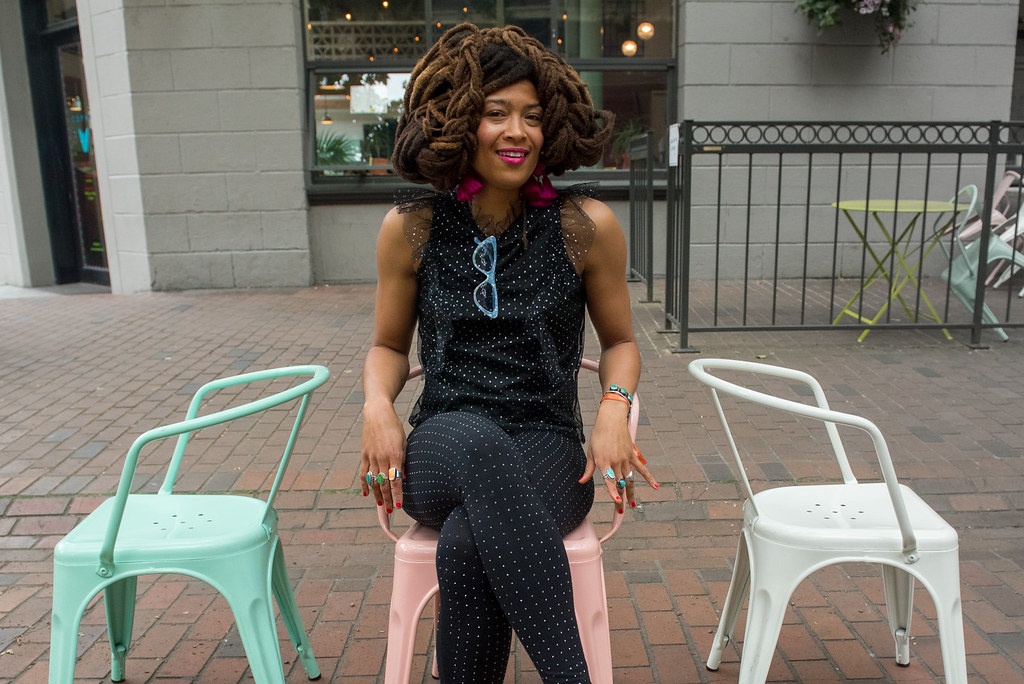 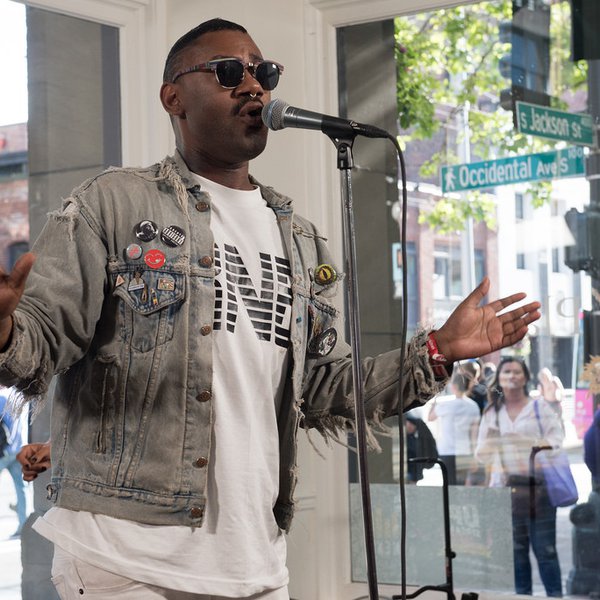 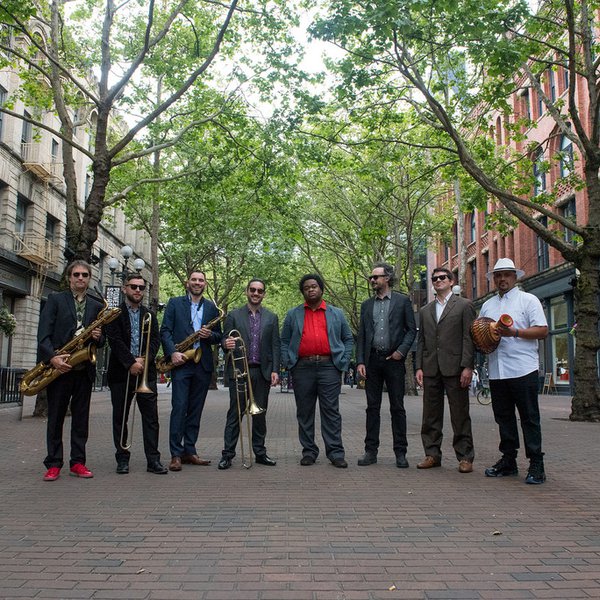 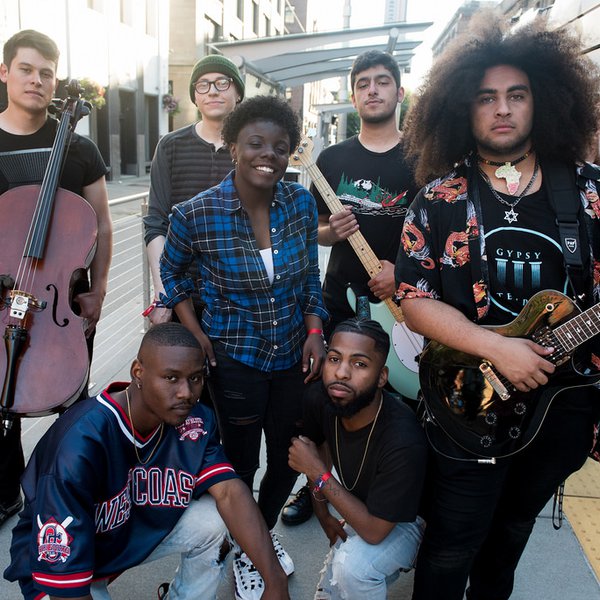