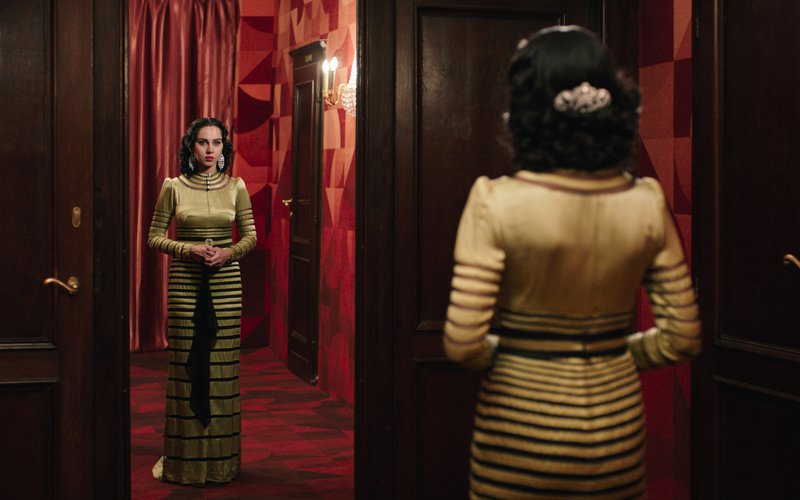 Looking for Oum Kulthum concerns an Iranian female director who sets out to make a film about renowned Egyptian singer Umm Kulthum, and is forced to reckon with her own position within a male-dominated society. Kulthum, although less known in the United States, sold over eighty million records across the globe during a fifty-year career. She remains adored for her extraordinary vocal range and deep register, also frequently discussing political concerns within the boundaries of her music.

Neshat, like the director in her film, set out to explore the life of Kulthum in a feature-length film, following the success of her 2009 film Women Without Men, for which Neshat was awarded Best Director at the 2009 Venice Film Festival. Neshat has also directed a host of short films and brings a confident visual style to Looking for Oum Kulthum, which feels like a natural extension from her previous work. Neshat's film also notably recreates some of Kulthum's most famous songs, using musicians who worked with Kulthum during her lifetime and using period recording techniques to capture the spirit of the original renditions.

Looking for Oum Kulthum has previously screened at the Toronto International Film Festival, among several other notable festivals, and makes its debut at an American festival at SIFF.