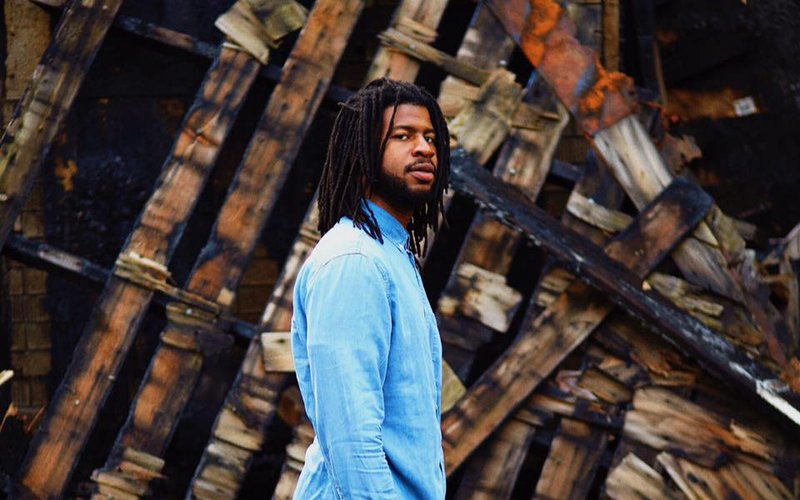 In celebration of Black History Month, KEXP’s Alina Santillan interviewed numerous local and national African American artists about what Black History Month and Black Future mean to them. Seattle rapper Astro King Phoenix shares the reminders this time of year gives to never give up, dreaming about what the youth will do next, and how Tupac Shakur and Kanye West's poetry inspired him.

Astro King Phoenix: It's a time to be celebrating and be thankful for all the black people that have came before me and that are here with me right now and black excellence has been and is being right in this moment. And looking back into the legacies that have fought, lived, thrived, survived, and done amazing things in the face of adversity. It reminds me to never give up and that I'm worthwhile and of value and hope will always be there in me and those that are just like me

What does youth making music and the future look like and what does that what does it mean to you? Or what do you want it to look like?

I want it to look like young black youth dreaming and not have their ideas and dreams be shrunken and more cultivated and given the things that they need to do what they want to do so they can be who they want to be. And I see them doing bigger and better and greater things than what we're doing right now and they're going to build a future that is going to be excellent. I think about this all the time too. I'm very hopeful that the youth will be dreamers and that they'll do exactly what they want to do and not take no for an answer and not have their ideas be shrunken by what people think they should be doing.

Who has been an artist that's been really influential to you in any section of your identity as a black man, as a young person, as an artist?

I say the first musician that really influenced me was was Tupac Shakur. As a young kid in middle school and even elementary, just seeing that as a young writer that I had different ideas of what a rapper was or just a musician. As a black rapper in the time in the 90s was depicted as so-called gangster rapper and he was finding out that he was very educated and his mother, very educated. And that he was also a poet and that made me feel like I was a young poet and I didn't know that I could be a rapper and still be very educated and be able to talk about different things. He influenced me to be able to like turn my poems into raps and that I could be very smart, very book smart, and be able to do music and not feel like I needed to be from a gang or to be talking about certain things that people like rap music was only talking about. I say another one would be Kanye West and how free-minded and outspoken. He was also a poet, too. I think I ran into him doing the Def Jam Poetry and that also was another thing that let me know like, "You can do this and you don't have to be like anybody else but yourself."

Why does music matter?

Music matters to me because I need healing. Every day as a black man, or a black person in general, it's hard. Tt's hard to live every day and go throughout the day as who I am in this world. And music helps. And music has always helped. Even when I didn't know it did as a kid, but, you know, I couldn't go on my days without it.It teaches me. It makes me feel good and I need it. I need it. I don't think that I would be able to live without it. It helps me grow. I love it.

I think especially now in 2018 and just with the way the world is, especially in our country, and how we are as black people is still a really big target and probably will always will be. That the youth especially are able to do exactly what they want to do. And I think that was a big thing. As a youth myself, I don't think there was as many opportunities to do as much as the youth have now. They can go any any way that they want to go. I mean from kids coding right now and making their own games or just being able to design the future that they want to live in. And I think that they have the power more than ever right now and I think it's very hopeful, it gives me hope for what the next 10, 20 years is going to look like. Just seeing so many black youth thriving in film and music and the arts and even in education, they can just go any way. And I'm excited to see it blossom and I think they're excited. I think especially the way education is right now, having them see what has happened in the past and that they can actually take the steering wheel and be exactly who they want to be.

I think they're helping to change the world and I think they will change the world. And I think about that every day. I think myself and those that are around me, my friends and people that I know, are not just trying but are being examples as artists and creators that they can also look to and see that you know we we are dreaming. We're out here trying to succeed in doing exactly what feels good for us and not taking no for an answer. And I believe that right now more than ever, the youth are also doing that and they're inspiring those around them and even those that are younger than them and I think it's just going to continue to be a domino effect. I look forward to the future. Right now. Every day. And the future is tomorrow. I think every tomorrow looks better as long as we continue to empower the youth they are the way that the world is going to be better. 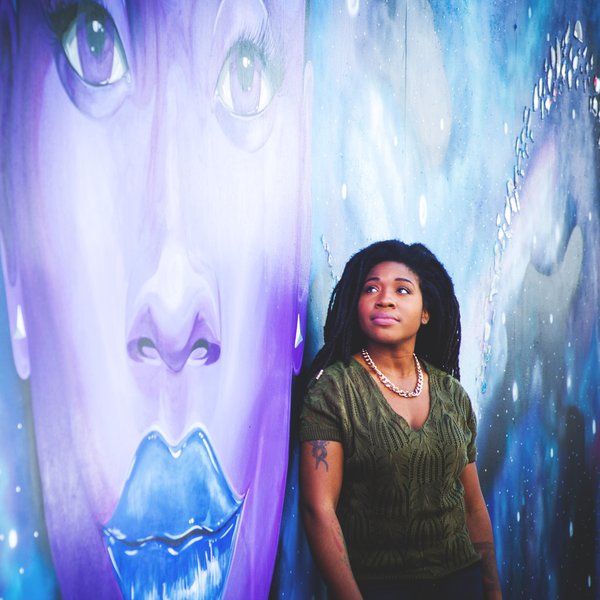 Aramis Hamer is a visual artist who painted the mural that used to run along the outside of our building up until October of 2017. It featured cassette tapes, galaxies, and a purple goddess. Aramis talked with us about what Black Future means to her, and about some of her musical influences. 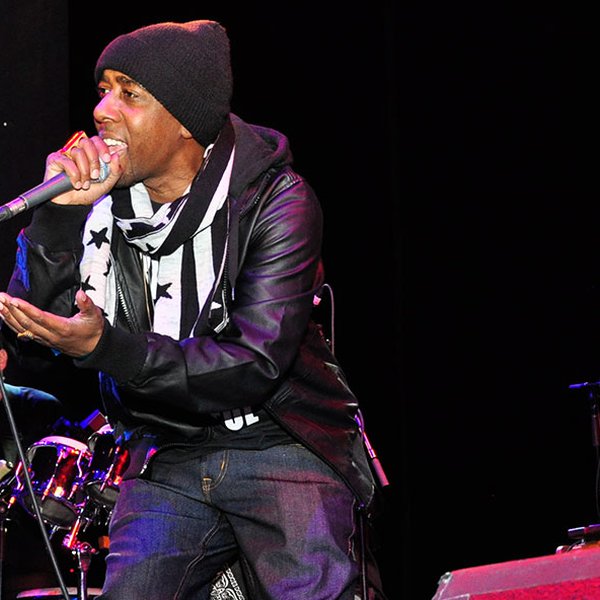 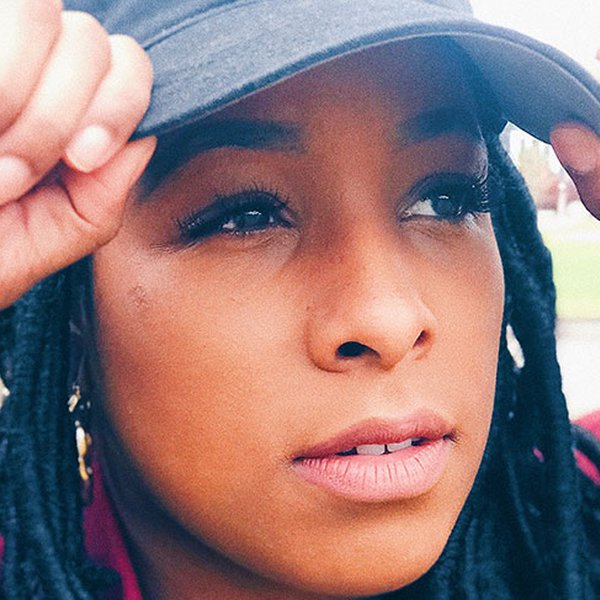 Seattle songwriter Olivia Thomas, who performs under the name LIV†, shares the importance of taking pride in the accomplishments of black people, encouraging black female artists, and feeling represented by artists like Alicia Keys and Lauryn Hill. 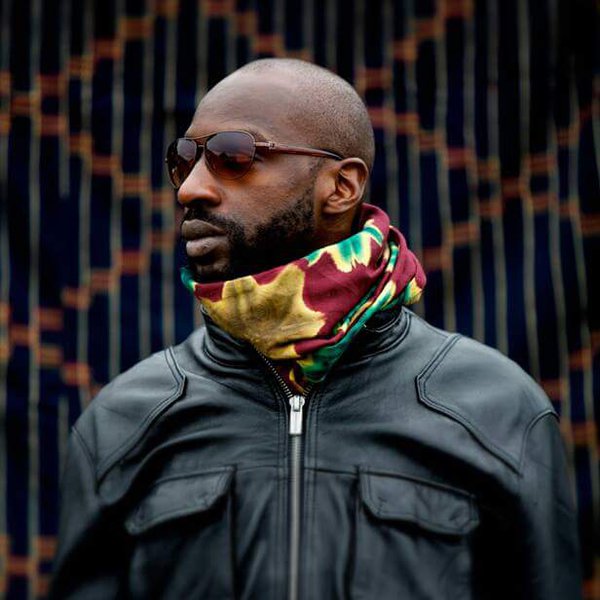