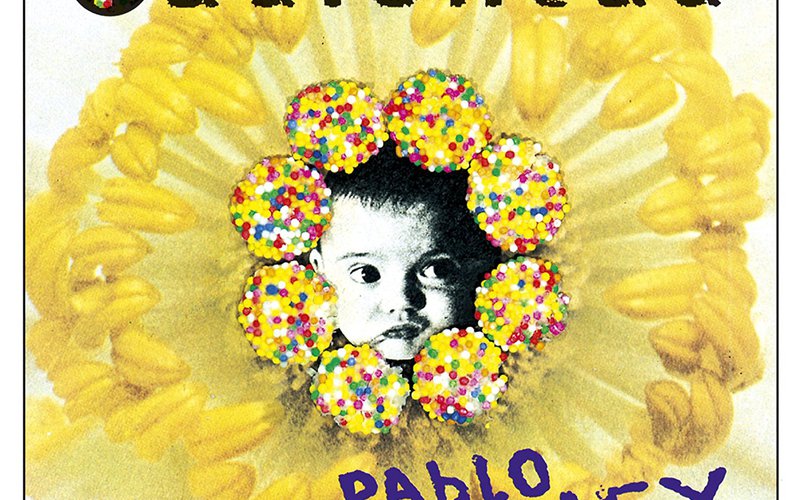 With Rewind, KEXP digs out beloved albums, giving them another look on the anniversary of its release. Today, we revisit Radiohead's divisive LP, Pablo Honey.

If I’m comfortable enough with a person and can gauge how receptive they’ll be to it, I’ll muster up enough courage to ask the big question: what’s your Radiohead album ranking?

Ranking Radiohead albums is a time-honored tradition amongst the band’s devoted fans. “Devoted” doesn’t feel like a strong enough word. The rabbit hole of Radiohead fandom runs deep. If you’ve ever poked your head around /r/Radiohead during the lead-up to an album cycle and you’ll quickly see what I mean. It’s an opinionated and passionate crew at all levels of fandom. But when you talk about ranking albums, there’s more or less a consensus that the band’s debut album Pablo Honey – which turns 25 years old today – ranks last. (The exception here being the edgiest fans who put The King of Limbs last, but that’s a different discussion for a different article).

It’s almost a default opinion to trash Pablo Honey. And on a surface level, it’s almost understandable. Most famous for producing arguably the band’s biggest single, “Creep,” Pablo Honey is steeped in the quiet-loud-quiet model being produced by their contemporaries in 1993. The album has the unenviable position of preceding a discography of records that many would consider “masterpieces.” How do you stack up against the bleak futurism of OK Computer or the millennium defining left-turn of Kid A? Even Hail to the Thief and TKOL offer up dense works that insist on being scrutinized and debated on their intricate musical merits. Then there’s Pablo Honey – an album literally named after a Jerky Boys prank phone call sketch.

Yeah, I’m not selling you very well on this album and chances are I’m not the first one to do so either. But let’s step back for a second. I’d hardly be the first critic to throughout the #hottake that “Pablo Honey is actually good.” It’s just too juicy of a premise to pass up. And just to get it out there, Pablo Honey is a very fine album with some exceptional moments from the dreamy glow of “Lurgee” and the furious sonic windtunnel of album closer “Blow Out” that hints at some of the bands most adventurous moments yet to come. However, it’s not likely we’d be talking about this record today (or at least with not the depth of conversation that spurs up) if it were put out by anyone but Radiohead. And that’s what makes this album, I think, truly fascinating.

Pablo Honey disrupts the narrative of Radiohead. It’s almost anti-Radiohead. It shows the band opting for succinct and right songwriting over expansive experimentations and obtuse perspectives. Its closest cousin is the band’s sophomore album, The Bends, but even then you can feel the band branching out into broader musical and emotional territory that would continue to resonate all the way through In Rainbows and A Moon Shaped Pool. It’s no surprise that Pablo gets dismissed in discussions because it feels like an appendix tacked on to a nearly flawless discography.

In Star Wars ­fan circles – yeah, we’re going there – there’s a concept called the “machete order.” Essentially it offers an alternate way to watch the first six films in a way that presents the narrative of the series in a different light by mixing the order between the original trilogy and the prequels. One of the most curious aspects of the machete order is that it omits Episode One: The Phantom Menace, or at least makes it optional supplemental viewing after you’ve watched the rest of the series. The reasoning offered isn’t just that Phantom Menace has a less-than-savory fan consensus, but that the movie does little to advance the narrative of the series and you’re fine without seeing it. Pablo often gets similar treatment. Admittedly, I’ve encouraged Radiohead newbies to skip Pablo and instead jump in with something like OK Computer or In Rainbows. I don’t necessarily regret that as those albums paint a better picture of why the band’s legacy is so celebrated, but I also think fans do themselves a disservice by ignoring where the band started. It doesn’t matter that Pablo Honey isn’t as good as OK Computer. It matters because it’s a Radiohead record and thus part of the arc of the band.

Much like The Phantom Menace, Pablo Honey is about the beginnings of a saga. Their insertion into the canon isn’t a fluke. If you really want to step even further out and look at the larger story these albums tell, consider Pablo Honey as setting the stage for essential character development. Part of that is because Radiohead is one of those rare bands that have maintained the same lineup throughout their career. When you listen to their records, you’re not just hearing a band shape its sound but watching the development of the players and how they work together. Any band would be lucky to have the guitar tone Jonny Greenwood uses on the anthemic “Stop Whispering,” thrusted forward by Philip Selways perfectly syncopated snare rolls and Colin Greenwood’s wonderfully melodic bass lines (and per Radiohead tradition, I have no idea what part Ed O’Brien’s doing, but I’m sure it’s some sort of sonic wizardry and definitely not him yelling his own name).

As lead vocalist, Thom Yorke gets a lot of credit for the vision executed on Radiohead records –after all, it was his insistence that the band explore the depths of electronic music and production on Kid A. But – and hear me out – Pablo Honey might be one of the best records to highlight what Yorke does best. His legacy will no doubt be that of an innovator and studious experimenter, but beneath all of that is the foundation of a songwriter. Songs like “Thinking About You” feel like a precursor to some of the bands iconic ballads like “Fake Plastic Trees” and “True Love Waits” (specifically the live version from I Might Be Wrong). His sense of melody and dynamics is in the spotlight here, but “Thinking About You” also finds Yorke exploring how far he can push surrealism in his lyrics without losing the core emotion at the root of the song. He sings in the opening verse, “Your records are here, your eyes are on the wall, your teeth are over there.” It paints the picture of the void left by a lover who’s gone without having to say it in so many words. He picks words that are unsettling, that conjure up uncomfortable emotions and recontextualizes them as a love song. It’s a technique he’d continue to perfect down the road and keep pushing it as far as he can go (immediately the “I want to eat your artichoke heart” from his solo song “Atoms For Peace” comes to mind).

Then there’s “Creep.” There’s an alternate timeline where Creep makes the band a one hit wonder. For some people who aren’t as familiar with Radiohead, this might be the reality they think they live in. Undeniably, it’s the band’s biggest song and was a thorn in their side for a long time. Even before the song became the band’s unwanted calling card, Jonny Greenwood threw in those iconic blasts of guitar noise in the pre-chorus to protest how quiet the song was. “Creep” might not be the best Radiohead song, but it’s a great song nonetheless. It’s greater legacy, however, might be how it fueled the band to get out of its shadow. “My Iron Lung” on The Bends might have been the most overt reaction against “Creep,” but conspiring minds would say that it wasn’t the last choice the band made that wasn’t at least tangentially spurred by distancing themselves from their past.

“Anyone Can Play Guitar” is the closest thing to a second “hit” on Pablo Honey, but I recognize it more as a mission statement. Yorke pleads for “destiny protect me from the world.” There’s no way Radiohead could have known that Pablo Honey would set them down a path that would lead them to be considered the best band in the world (and if you’d like to debate that, let’s grab a beer some time and talk it out). Their destiny was sealed on this record. Even if they didn’t follow the path the album alluded to, it will always be the starting point. And we can’t forget that sentiment, that “anyone can play guitar and they won’t be a nothing anymore.” Yorke sneers on the song (perhaps mockingly) that he wants to be Jim Morrison, but he and the rest of the band ended up becoming something uniquely their own. None of us can change where we came from or how we started on these paths that have become our lives. Nostalgia is fickle, but history is important. Pablo Honey might not be one of the opuses that they’d go on to make, but you can do a hell of a lot worse to get yourself up off the ground. 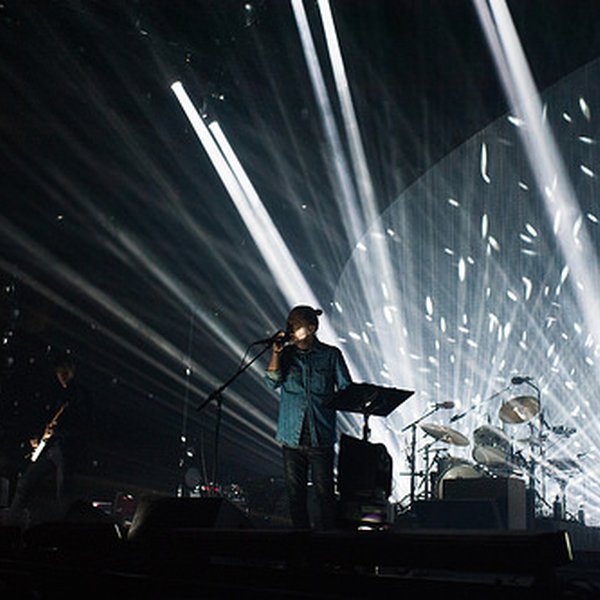 People travel great distances for love, and perhaps even further for their favorite band. Little else could explain the extreme travel itineraries of visitors to Radiohead's sold-out show at KeyArena in Seattle on Saturday, April 8th. After the doors opened at 6PM, I spoke to brothers who split a 1… 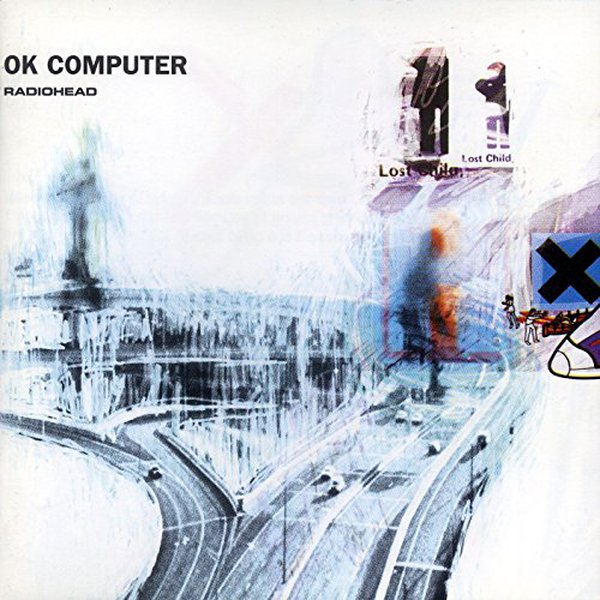 Oh My Virgin Ears!: A First Listen to OK Computer

With Oh My Virgin Ears!, KEXP's (young) intern Gabe Pollak takes a first listen at iconic albums in music history. With revered UK group Radiohead playing a sold out show next door at Key Arena tonight, we had him spend some time with the band's third LP -- often called "one of the greatest albums … 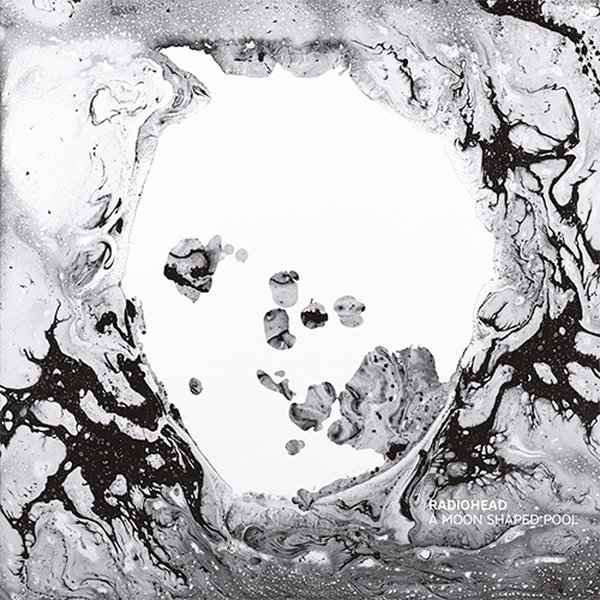 How long have we been anticipating A Moon Shaped Pool now? Truly, anticipation has lost much of its meaning in 2016. In our digital world of surprise albums and unquestioned instant gratification, the months we spend waiting for heroes to return to the forefront can feel like years. And yet, here w…